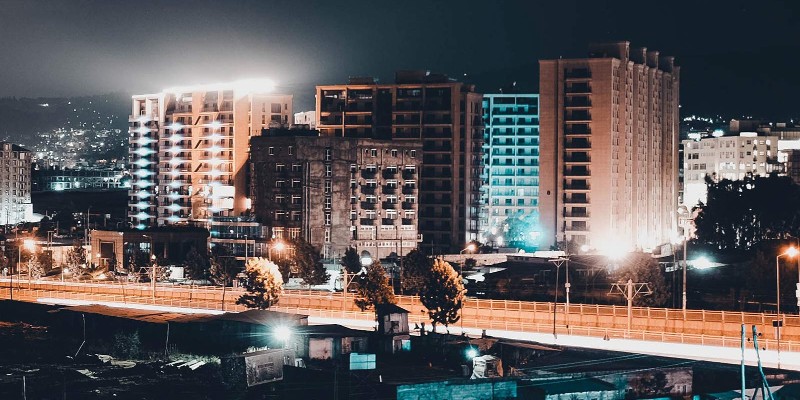 In the early years of the revolution, the dogs began to disappear.

The faint bedroom light spilled across the floor and slumped against the window. I stood with my ear plastered to the wall, my hands shaking. I heard it again. The growls that darkness could not swallow. I knew what it was. I knew what they were. They were back and there was nothing we could do to stop them. When daylight came, I would walk outside, go down the steps of our veranda, and I would see the hole and the blood and the fur and other discarded parts of the dog that was now missing. I knew where the hyenas came from. I’d been warned to stay away from the forest that began just down the road from our house. The mouth of that forest was a wide cluster of trees intersected by bands of light. The dark patches were large enough to swallow a grown man and make him disappear. And this was another lesson I would learn very soon: that people, too, disappeared. 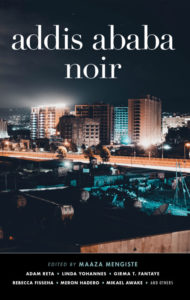 It was 1974 or it might have been 1975. I was too young to pay attention to years, to understand the sweep of time. I measured days by the nights that fell on us and brought in darker things: revolution and soldiers and curfews and gunfire. Somewhere in between this, the hyenas started coming to eat our dogs. They did this one night at a time. Taking the first and leaving the other two alive to witness their methodical hunger. To froth and whine and jump in mindless fear. They returned soon for the next one, sending the sole survivor into maddened, writhing terror while it waited for the inevitable. They were unstoppable. Every night, as shots rang out between revolutionaries and government forces in those early years of the Ethiopian Revolution, the hyenas clawed beneath the fence my grandfather tried in vain to reinforce. They were diligent. They worked on our fence to get beneath it, then crawled into our compound and found a way into the cage where the dogs were kept and they ate until there were none left.

Let me tell you another story: There are men who live in the mountains of Ethiopia and can turn into hyenas. This fact has always been a part of my knowledge of the world: There are men who can shift bodies and disappear into another form. And as 1974 crept forward and 1975 swept in, as our dog cage remained empty and the revolution ramped up, I began to wonder if all those disappeared people—those I saw one day then did not see again, those whose names adults tried never to speak in my presence—were, in fact, simply changing shape to avoid government forces. Maybe, I used to think, they would eventually find a way back home—but this time, as hyenas. These are some of my early memories of Addis Ababa, but they are not the only things I remember from that time. I had a childhood cushioned by protective parents, loving aunts and grandparents, and neighborhood friends. The brightness of those moments helped to balance the darkness of those other facts of living. What marks life in Addis Ababa, still, are those starkly different realities coexisting in one place. It’s a growing city taking shape beneath the fraught weight of history, myth, and memory. It is a heady mix. It can also be disorienting, and it is in this space that the stories of Addis Ababa Noir reside.

Ethiopia is an ancient country with a long and storied history. It has been both a geographic location and an imaginative space for millennia. Herodotus writes of it in his Histories, Homer and Virgil reference a region of the same name. Ethiopia and its people can be found in several books in the Bible. It is a country that has reshaped and remolded itself over thousands of years through conquest and conflict, through sheer will and relentlessness. Those who reside within its borders—those relatively new lines of demarcation—are multiethnic and speak over eighty languages and more than two hundred dialects. The present view of Ethiopia is often stunningly narrow when set against its rich historical and cultural heritage. And now imagine that these varied, proud, and robust cultures have wound their way into Addis and made it home. There is a cosmopolitanism that is distinctly national as much as international. To meet someone from Addis Ababa, with its three million–plus inhabitants, may not tell you much about that person. But to meet someone from one of its neighborhoods—Ferensay Legasion or Lideta or Bole or Kechene or Bela Sefer or any of the areas where these stories in Addis Ababa Noir are set—may give you a better map leading to more fruitful details. The authors in this anthology extend a hand to you. Let them lead you down their streets and alleyways, into their characters’ homes and schools, and show you all the hidden corners, the secrets, and the lapsed realities that hover just above the Addis that everyone else sees.

These are not gentle stories. They cross into forbidden territories and traverse the damaged terrain of the human heart. The characters that reside in these pages are complicated, worthy of our judgment as much as they somehow manage to elude it. The writers have each discovered their own ways to get us to lean in while forcing us to grit our teeth as we draw closer. Sulaiman Addonia, Lelissa Girma, and Hannah

Giorgis write compellingly about the visceral and horrifyingly high costs of love and desire. In language that is as supple as it is evocative, Mahtem Shiferraw, Girma T. Fantaye, Mikael Awake, and Adam Reta render mythic worlds that mirror our own with some startling—and often bloody—differences. Solomon Hailemariam, Bewketu Seyoum, and Linda Yohannes focus their perceptive, unflinching gazes on the sometimes humorous, sometimes deadly unpredictability of city life. Teferi Nigussie Tafa explores with stark clarity what happens when ethnic-based tensions and violence are compounded by the onset of the 1974 revolution. This revolution also plays a pivotal role in the haunting stories by Meron Hadero and Rebecca Fisseha. And despite the varied and distinct voices in these pages, no single book can contain all of the wonderful, intriguing, vexing complexities of Addis Ababa. But what you will read are stories by some of Ethiopia’s most talented writers living in the country and abroad. Each of them considers the many ways that myth and truth and a country’s dark edges come together to create something wholly original—and unsettling.

12 Books You Should Read in September 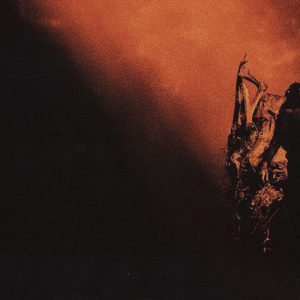 Back in college, one of my American Literature professors once argued that the problem with trying to write American gothic...
© LitHub
Back to top