Whether you've had bad roommates (or been the bad roommate) these thrillers featuring communal living are sure to strike a chord.

When I was in college, I lived in a house with five other girls. Next door to us lived six more boys. Behind us lived my roommate’s boyfriend and his five roommates, and across the parking lot we all shared lived my boyfriend and his five roommates. Then, in a small house bumping up against the corner of the parking lot, were locals: a slight, older man, his wife, and a pack of chickens who wandered among our houses and escorted us to our doorsteps. Our lives were messy and intertwined, even with the man and his chickens, but also glorious, defined by the rare kind of effortless intimacy that can only be temporary, unable to sustain itself for too long without splintering. In my debut novel, We Can Only Save Ourselves, Alice Lange, the teen queen of her idyllic neighborhood, runs off with a stranger named Wesley, who presides over a bungalow of young women like Alice, all restless and eager to live a more authentic life together. They quickly adopt Alice into their home and their lives, but as time goes on, tension among the girls mount and the shine of togetherness begins to fade until the relationships in the house threaten to implode. In honor of Alice and anyone who has ever had a bad roommate (or been the bad roommate), here are a few great reads about communal living: 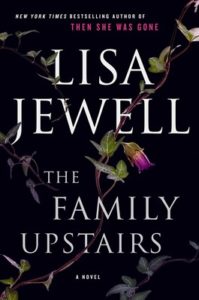 The Family Upstairs by Lisa Jewell

This novel starts with one family in a house. Then there’s one more, and one more still, and though there is more than enough room in the beautiful, airy manse of Cheyne Walk, the house begins to feel crowded and claustrophobic, as David, the patriarch of the last family to arrive, flexes his control over the house’s inhabitants, making dark demands from everyone. Finally, by the time all is said and done, three members of this makeshift community will be found dead in an apparent suicide pact, their bodies in strange black clothing and a baby left abandoned in her crib. Everyone else has disappeared. Jewell traps her characters in a labyrinth of secrets and resentment and longing, creating just about the worst living situation you can imagine. 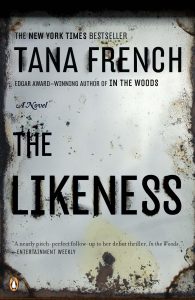 The Likeness by Tana French

Here is another big old house with lots of secrets, but here, French allows us to see its inhabitants from both an insider and outsider’s point of view, managing to both invite us in and keep us wary of everyone we meet, as Detective Cassie Maddox goes undercover to solve the murder of a girl who lived in the house—a girl who looked just like her and went by the name Cassie herself once used as an alias, Lexie Madison. Cassie, who has long searched for a place to belong, finds herself both on guard amidst her new roommates but also drawn into the insular, intimate world they’ve created for themselves. But soon the closeness, both emotionally and physically, takes a toll on them all as Cassie gets closer to uncovering who killed Lexie and why—and as her housemates begin to suspect something isn’t quite right with “Lexie.” 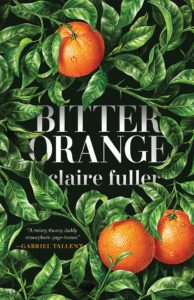 In this delicious, simmering novel, Frances Jellico, a young woman grieving the loss of her mother, moves into a crumbling manor house in England to study the architecture of the house’s gardens. But she isn’t alone—the handsome Peter and his glamorous lover Cara are there, too, sharing the bedroom below Frances’. Frances is attracted to Peter’s quiet thoughtfulness and to Cara’s wildness, and to her surprise, Peter and Cara feel a pull to Frances as well, drawing her into their tumultuous relationship. Their days are spent in languid pleasure, but soon it becomes apparent Peter and Cara are hiding something; as the summer continues, the lazy, decadent hours they pass together become spoiled, each moment among the three like an overripe piece of fruit left out in the sun, ready to split open and reveal the darkness inside.

Set deep in the woods of Pennsylvania, Catherine House is an elite, experimental school that guarantees its students future success and excellence, as long as they give themselves over to the school for three years spent in complete isolation from the outside world; all that exists for its students is Catherine House and what it holds: their studies, their teachers, their classmates. The school building itself is marked by shabby glamour, and within its walls, the students work hard, exploring esoteric academic concentrations, but play hard too. Yet Ines, a new student at Catherine House, holds Catherine House and her classmates at a remove, relying on her sweet, strange roommate Baby for friendship, until she is given no choice but to fully commit to her new life in Catherine House. But when she does, her life becomes enmeshed with her classmates and with the strange rituals they perform, and the sense of belonging blinds Ines to the darkness of Catherine House. Thomas conjures an intoxicating, unsettling dream of a book in which we understand Ines’ seduction by the school while simultaneously fearing for its students. We wonder if there is anyone she can trust and experience the same dread we might feel walking down a dark hallway in a strange house. 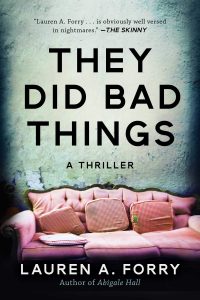 They Did Bad Things by Lauren A. Forry

It’s 2015, and five former housemates find themselves surprisingly reunited at an isolated, dilapidated mansion off the coast of Scotland. They’ve been lured there by various promises—of a romantic getaway, a celebratory vacation, a chance for rehabilitation—but the real purpose of their reunion is much more devious. Because twenty years ago, when they were young college students, there was a sixth housemate, who died under mysterious circumstances. His death was ruled accidental, but the other five knew that whatever happened to Callum wasn’t an accident, that someone in the house killed him—and now it appears their mystery host knows that too and is determined to make the murderer pay. Forry gathers a disparate group of roommates who don’t even like each other and yet manage to intrude on one another’s lives in every way, proving that sometimes love isn’t the thing that keeps us together and that hatred, resentment, and jealousy can bind us just as tightly. 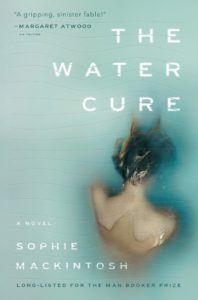 The Water Cure by Sophie Mackintosh

Men are the danger in Mackintosh’s dystopian debut novel—sisters Grace, Lia, and Sky are sequestered on an island with their family, while on the mainland, violent men wreak havoc. They’ve grown up hearing the stories from their parents. But on the island they are protected by their father King, who has designed therapies and rituals to give them strength and keep them safe. Mackintosh imbues the atmosphere with such dread and unease that a disturbing irony emerges as we become increasingly aware something is sinister is happening, while the girls remain oblivious to any other kind of life. Things only get worse when King disappears, and three strange men wash up ashore. The girls are both drawn to the men and frightened of them, creating a tense, charged dynamic within the group, until it becomes clear the island cannot be home for them all.

Kathy lives at Hailsham, a boarding school that focuses on producing well-rounded students, and while there’s a big twist I won’t spoil about Hailsham’s true purpose, there is plenty of interpersonal drama to keep you reading regardless. Kathy and her two best friends, fellow Hailsham students Tommy and Ruth, create a tragic love triangle in which everyone’s worst impulses are on display. But at the same time, their friendship is true and deep, their affection for one another as genuine as their disappointment with and jealousy of one another. Ishiguro crafts a beautiful, heartbreaking narrative about the power of friendship in the face of mortality. 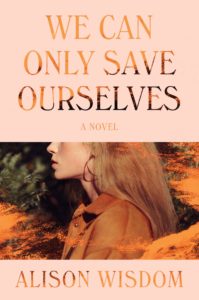 Born, raised, and based in Houston, Texas, Alison Wisdom has an MFA from the Vermont College of Fine Arts, received a novel-writing grant from Wedgwood Circle, and was a finalist for this year's Rona Jaffe Award. She has attended Tin House and the Lighthouse Writers Workshop, where she was a finalist for the Emerging Writers Fellowship. Alison's short stories have been published in Ploughshares, Electric Literature, The Rumpus, Indiana Review, and more. Her latest novel, The Burning Season, is now available.

The Depths of Stephen King’s Misery 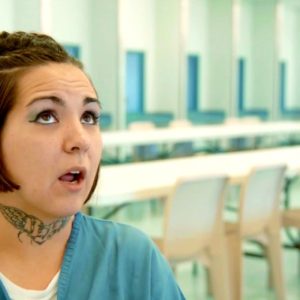