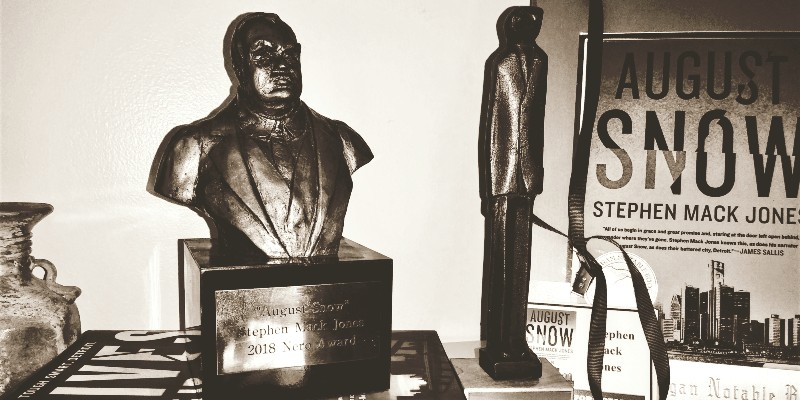 The first time Stephen Mack Jones and I corresponded, it was because of the Newport and Gwent Literary Club, which describes itself as “probably the oldest literary club in Wales.” I’d seen Steve post something on Twitter about the N&GLC and reached out to him. True to form, Steve responded almost immediately, recalling how these “baronesses and knighted U.K. military” had welcomed him into their club soon after his debut novel was released.

Looking back on that exchange, I guess I thought it was strange that this sexagenarian crime novelist from Detroit was somehow involved with a literary club across the pond. Now that I’ve had the chance to get to know Steve a little better, it’s become increasingly clear to me that nothing he does is “normal.”

Steve’s novels, August Snow, Lives Laid Away, and Dead of Winter (Soho Crime), carry the same vibrance and eccentricity as their creator. It should come as no surprise then that Steve’s method—his writing process which involves an electronic chair, an incubation period, and a toy-sized Godzilla—is also a little, shall we say, different. 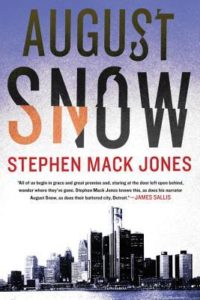 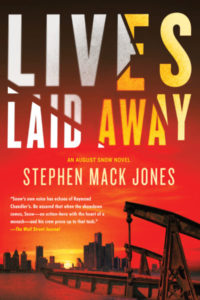 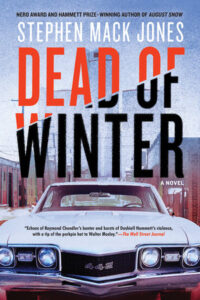 Eli Cranor: Didn’t you tell me once that you live a couple of blocks from Elmore Leonard’s old house?

Stephen Mack Jones: Not a block or two, but maybe a few miles or so north of where he lived. That’s where Dutch’s magic happened.

EC: Where does your magic happen? Do you have an office?

SMJ: I don’t know if you can categorize what I do as “magic.” It’s just my job. And where I work is usually in our family room. I’ve got this big leather, overstuffed chair that kind of looks like Jabba the Hutt. It has some nice electronics on it, where I can put my feet up and charge my iPhone and all that stuff.

EC: Does it have a back massager?

SMJ: No. I didn’t not get that model because I don’t want to be thought of as that old yet. Even though sciatica is a problem.

EC: Does this chair have a name?

SMJ: I haven’t given it a name. Thank you, now I feel guilty.

EC: You get that first spark, an idea that might work for a novel. What is your process from there?

SMJ: My process is very loose. It can be sparked by a piece of music, a bit of dialogue, or something as simple as a quick but curious story on the local news.

EC: Once you start this line of thinking, are you putting these thoughts down on paper? Are you creating an outline as you go?

SMJ: It’s all just incubation. I do outline, but I usually lose my outlines. I’m one of those people who ruminates on these things for a week, two weeks. Then I’ll finally write some dialogue, or the first, or third, or maybe even the seventeenth chapter. I can write chapter one and two, then get an idea for chapter five, clearly see chapter seventeen, and then backfill. Those breadcrumbs lead me along. I’m learning what the story is as I’m telling the story.

EC: Once an idea has incubated and you’ve started writing, do you have a daily word count or an amount of time you want to put in?

SMJ: I’m terribly undisciplined. I can go for—I have gone, especially in this year of the pandemic—sixth months without a word. I start feeling extraordinarily lazy, terribly guilty, and really embarrassed for myself. And then sixth months and one day into it, this thought of “what if” comes to me, and that’s the thought that lights the fuse. I wish I had more discipline. I did, at one time, have it, when I was in advertising, which is something we don’t have to go into. Anyway, once the gears get going, I try to write anywhere between 800 and 1,500 words a day. 1,500 words, to me, is a chapter. It’s a good place to begin and end.

EC: When you sit down to write, do you go back and read what you wrote the previous day?

SMJ: Absolutely. If I got one thing—one thing—out of thirty years’ worth of advertising, it’s learning how to edit. Learning how to get as close to what I feel is the perfect word set. Writing the first draft is the art; writing the second, third, and fourth draft—that’s where the craft comes in.

EC: Take me through your revision process. What do you do once the first draft is done? Do you wait and let it sit before diving back in?

SMJ: I go back in immediately. If I let a manuscript season in its own juices for a while, I may never go back to it. The first draft is always crap. Okay, the story might be good, but I’m more than likely to have left out some connective tissue, things that pull the story together, make it tighter. So, after the first draft is done—after the art of getting the story down is done—that’s when I circle back to what the craft is, what the job is. And the job is to go through and make sure my word choices are the best they can be, that all the connective tissue is there and it becomes one body. This may sound a little dismissive, but I want to make sure it’s not embarrassing. The last person you want to embarrass is yourself. The second to last is your reader.

EC: Once you’ve taken a manuscript as far as you can take it, what do you do next? Do you have beta readers?

I’m of an age that I just haven’t got used to this “beta reader” thing. My wife, Mary Kate, will read a draft. She’s a tough one. She has this incredible appetite for books. She may not be a writer, but she knows what a good book is. So I’m blessed/cursed with her first eyes. But after that, I prefer that my agent, Stephany Evans, reads it. Stephany has believed in me for longer than twenty years. So I’ll let her read it, and that’s it. One of the reasons I don’t do beta readers is because of my background in advertising. Beta readers, to me, feel like focus groups. The investment that I’ve put into a book will become a product soon enough. I just can’t get over the days when I was watching people reacting to a Coca-Cola product, or a piece of copy about motor oil. It just feels too commoditized to me.

EC: When you’re in the drafting mode, is it an everyday thing?

SMJ: It can be five to six days a week. Just like any job, I need some time off. Even if I take time off, that doesn’t mean I’m not thinking about it. I’m still making those synaptic connections for the story. But sometimes you can get a little too close to the page. I need to back off to see the full map, where I’ve been and where I’m going.

EC: What time of the day do you work best?

SMJ: Generally mornings through early afternoons. I used to be one of these late night writers. I can’t do that anymore. Old people need their sleep.

EC: As you’re working, do you have any writerly vanities?

SMJ: (jabs a Godzilla figurine in front of his webcam and growls)

EC: So Godzilla works with you?

Yeah, he does. I’ve always loved Godzilla. Not the modern one. You kids can have your modern Godzilla. He keeps me in a playful mood. That’s important. I want to stay playful, even with the dark moments in a manuscript, just being playful and encouraging my own sense of play. That, for me, is how the job gets done.

EC: Do you listen to music while you’re writing?

SMJ: Oh, yeah. I love electronica. Guys like Kevin Sanderson. You know, the Detroit techno scene. My musical tastes vary. I can go from electronica to composer Van Williams’s “The Lark Ascending” which is a gorgeous piece of music that never fails to make me cry. Anything blues, from James Cotton to Stevie Ray Vaughn. There’s country in there too, like Johnny Cash. There’s a song by Robbie Robertson called “Testimony” that perfectly encapsulates who August Snow is to me. There are times when a scene emerges from the song I’m listening to, or an emotional vibe from that music. And then it can be completely silent around me, but I’ll see a scene and I know what it sounds like, I’ll hear the beats.

EC: What do you write on?

EC: Is this laptop special in any way?

SMJ: I don’t trust it. And the reason I say that is because a couple years ago I bought a brand new Dell with a fifteen-inch monitor, because, you know, old people like big screens. After two weeks the hard drive started dying. I’d already invested a lot into a story I was writing on it, so I went back to Sam’s Club and stood in front of a perfectly innocent lady and (raises fist and grunts). She looked at me and said, “No problem. Go get another.” I did, but since then I’ve felt like I need a backup. So I have two laptops now. The one that I write on, and the one I load everything on when I’m done working for the day.

SMJ: (laughs) Yeah . . . I see the way you’re looking at me, man. Maybe I’m a little paranoid, but in the end, as long as I have my chair, as long as I have Godzilla, my wife, my son, my daughters—that’s my world. Anything that supplements that world, great.

Eli Cranor played quarterback at every level: peewee to professional, and then coached high school football for five years. These days, he's traded in the pigskin for a laptop, writing from Arkansas where he lives with his wife and kids. Eli's novel Don't Know Tough was awarded the Peter Lovesey First Crime Novel Contest and was published by Soho Press in March 2022.
http://elicranor.weebly.com/ 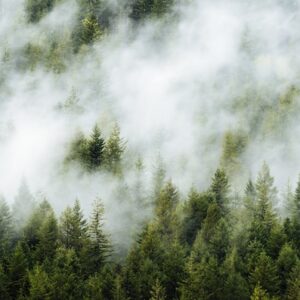 I’m standing on a concrete slab in the middle of a deserted park. This is no ordinary slab, though. It’s about fifty...
© LitHub
Back to top