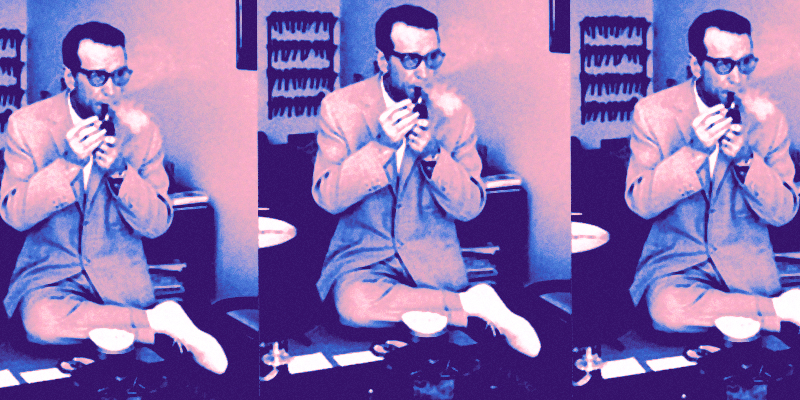 How Georges Simenon escaped a reckoning at the end of WWII by fleeing to the United States.

Here’s a mystery. At the end of the war, as exiles, soldiers, and refugees return to their liberated country, one man leaves, flees to America for safety. His reasons for leaving are unclear; his story changes over time. He leaves behind a shadow of himself, a brother who has also fled and assumed another identity, and innuendos and rumors that will tarnish his reputation. Who could solve this mystery? Inspector Maigret maybe; his creator, Georges Simenon, is the man at the center, when he fled Europe in September 1945.

Readers and biographers have debated ever since why Simenon left France, where he had spent almost a quarter of a century. Biographer Patrick Marnham quotes Simenon’s friend as saying that the writer “was frightened that the Russians were coming.” While biographer Pierre Assouline cites that a “Communist takeover in France” might have played a role, it doesn’t explain why he chose America. For that, Simenon claimed he wanted his son Marc to grow up in the “paradise of youth.” Simenon’s first wife casts doubt on this explanation as well. Assouline argues that Simenon chose America for its writers. “He wanted to confront them on their terrain. . . in Europe a writer was only a writer; in the United States he was a star.”

In obtaining a visa, however, Simenon would have to confront his past. An investigation was opened and while no hard evidence of Nazi collaboration was found, the report identified Simenon as a “Germanophile opportunist” and described his “cowardice and financial success” during the Occupation.

While there might not have been evidence against Georges, his younger brother, Christian, had been an “active collaborator” as early as 1941. By the end of the war Christian had been tried in abstentia and sentenced to death. In the summer of 1945 he was on the run and turned to his older brother for help. Georges advised him to join the French Foreign Legion, which would not examine his past (Simenon would later claim it was Andre Gide’s idea). Christian took his brother’s advice, changing his name and identity.

Georges Simenon left France shortly after his brother, spending about a month in London before making his way to North America. He spent almost 6 months in Quebec, making frequent trips to New York and writing Trois chambres a Manhattan (Three Beds in Manhattan, 1946) and Maigret a New York (Inspector Maigret’s New York’s Underworld, 1947) before moving to Bradenton Beach, FL, where he remained for a year and wrote three novels (about half his annual average): Lettre a mon juge, La Destin des Malou, and Le Passager clandestine (all 1947).

Simenon then traveled to Tucson, AZ, where he wrote La Jumont perdue (The Last Man), Les Vaccances de Maigret, and Maigret et son mort (all 1948). He then learned that his brother was dead, his convoy ambushed in Vietnam. A few months later Simenon wrote one of the hardest of his “romans durs,” La Neige etait sale (The Dirty Snow, 1948), about criminals and collaborators during the Occupation. The novel received extensive praise, including a rave from Dashiell Hammett. Le fond de la bouteille (The Bottom of the Bottle, 1949) quickly followed, a story about an Arizona rancher whose life is disrupted when his criminal brother appears and needs help getting to safety across to Mexico. He followed with Les quatre jours du pauvre homme (Four Days in a Lifetime, 1949), where a returning brother brings back childhood demons to his struggling sibling.

While his characters tried to flee from their pasts, Simenon could not escape his. In July 1950 he was notified by the French government that he was banned from publishing anything in France for two years (“or draw any financial benefit from his literary activity”) due to his activities during the war. Simenon was urged by his lawyer to return to formally object to the accusations, but he did not. Simenon cited “circumstances beyond my control” as his reason. He was too busy: working on 3 Maigret novels, a film premiere of The Man on the Eiffel Tower (based on Simenon’s 1931 novel, La Tête d’un homme) to attend (the first American feature film based on his novels), and had just welcomed another child into the family. Instead, Simenon wrote a five-page rebuttal, claiming that he had wanted to leave Europe as early as 1938, had been wrongly denounced as a Jew, had sold rights to a company he did not know was controlled by Germans, and had hidden Allied soldiers in his own home. Simenon ended by asking, “Why go after altar boys when priests are left alone.” Simenon’s lawyer thought things would end badly, that the ban would be on the front-page of newspapers, but in the end the ban seems to have been upheld only as far as the official document; it was never implemented and Simenon was unaffected. And while he did not return to France, he was on the move, again.

Simenon spent his first five years in North America moving through Canada, New York, Florida, Arizona, and California. He spent the second half of his decade in one place, Lakeville, CT, where he wrote nearly thirty novels, including 13 Maigrets and 14 “roman durs.” According to biographer Patrick Marnham, it was the “last period in Simenon’s life in which he was undoubtedly happy.” He was selling around three million books a year, had been elected President of the Mystery Writers of America, and elected to the American Academy of Arts and Letters. Simenon started the process of becoming a US citizen, in 1952, but as McCarthyism took hold, he watched the televised hearings and saw witnesses (many of them writers) questioned about their pasts, and their loyalties. He saw Dashiell Hammett (who had served in both WWI and WWII) imprisoned for refusing to cooperate with the House Un-American Committee’s investigations, and perhaps Simenon did not want his own past re-examined, and abandoned his application.

Simenon had lived a nomadic life, never spending more than 3 years of adulthood in one place, except for Lakeville. It did not last. One day in the summer of 1955, his British publisher, Hamish Hamilton, asked Simenon why he lived in America. According to Pierre Assouline, Simenon offered some stock answers: the climate, schools for his children, the overall quality of life. But after he returned home from taking Hamilton to the train station, he turned to his wife and asked, “How would you feel about moving back to France?” Marnham writes that Simenon decided to leave “partly on impulse but partly to restore the happiness of his French-Canadian wife,” who had begun to drink heavily and show signs of mental illness. “One day he was perfectly happy in his house in Lakeville,” Marnham writes, “and the next he felt a stranger in it.”

“He observed people like butterflies, as if he were an entomologist,” Vicki Silvert, an editor of the Lakeville Journal, observed to Pierre Assouline. “He took something of their personality without giving anything in return. You sensed that he would leave when there was nothing more to take.” Perhaps it’s only fitting that his reasons for leaving America are as unknown as his reasons for coming. In the decade he spent in the US, Simenon wrote more than 50 novels, absorbing the American landscape, its people and their particular way of life, and the language itself (Assouline describes at length how Simenon’s writing was affected by American words and phrases), and using it all for his novels. In that regard, few writers have given back more.

Simenon would return to America – or at least fictionalized versions of him – in film adaptations of his novels. The Bottom of the Bottle was released in February 1956 (just a few months after Simenon had left) and starred Joseph Cotten as the older brother who helps his escaped criminal brother (Van Johnson). The Brothers Rico was released the following year – based on Simenon’s 1952 novel written in Lakeville – dealing with an older brother (Richard Conte) who must help his mob brother escape from the Mafia. Jean-Pierre Melville’s 1963 film Magnet of Doom (English title) was based on Simenon’s L’Aîné des Ferchaux, written during the German Occupation and published in 1945, just before the writer left France. The novel revolves around Dieudonné Ferchaux, a suspected criminal who must flee France and assume a different identity in Panama. Melville changed the location from Panama to the United States, where the “elder Ferchaux” of the title (Spencer Tracy was cast, but was too ill to take the role) and his secretary (Jean-Paul Belmondo) travel through the country as their relationship becomes more adversarial and they try to stay a step ahead of the FBI. None of the films were box office successes. Simenon had always wanted his novels adapted into major Hollywood productions, but it is one American dream that eluded him. 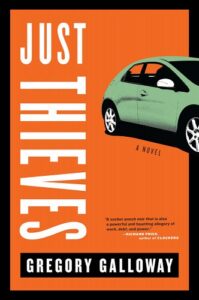 Gregory Galloway’s latest novel, Just Thieves, was named one of the Best Noir Novels of 2021 by CrimeReads and is now available in paperback. He currently lives near Lakeville, CT, in the long shadow of Georges Simenon. 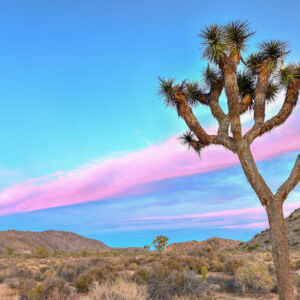 This year marks the tenth anniversary of Wild, the memoir by Cheryl Strayed that captivated readers across the globe, was selected...
© LitHub
Back to top