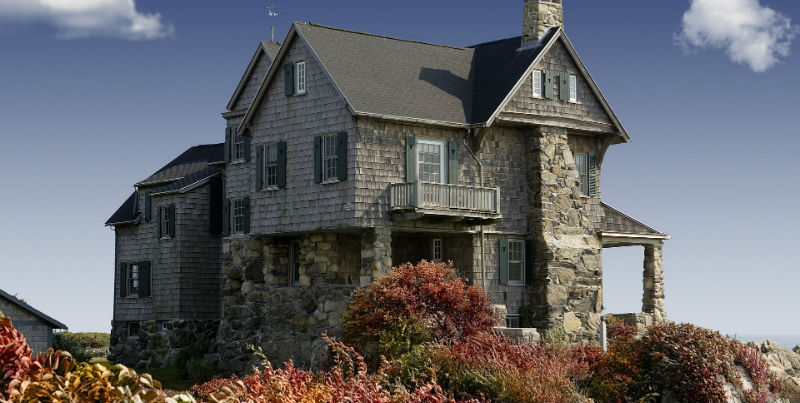 Fiction is full of haunted houses—go to the horror section of any bookstore and you can get your fill of ghostly apparitions and things that go bump in the night. Crime fiction is more rooted in the real world, but the homes inhabited by its characters can be just as haunted; perhaps not by specters floating through walls, but by something more intangible. A blood-soaked crime scene carries its own resonance and those that are part of it, or witness to it, can certainly be haunted by what has happened. The blood can be scrubbed off, the house that saw a terrible crime can be re-decorated and sold, but doesn’t something remain? Something that nags at those who choose to live there after? How can a house not be haunted when such awful crimes have happened there?

I constantly asked myself, as I wrote my own book, if I walked into a house that was for sale, a house that was in so many ways my dream house, that was somehow miraculously in my budget, could I look past a terrible history and turn it into something else? After all, there’s no such thing as ghosts, right? And a house is just made of bricks or wood. Inanimate. A shell. It’s the way you live in it that makes it a home.

But. You know when you walk into a house and you get a feeling? It’s instinctive, not rational, but you get a feeling for if a house is a happy house. I sometimes watch TV programs where homebuyers are looking for a place in the sun or a new home in the country and they walk into a property and say—no, I don’t like the feeling of this one. And sometimes I watch and think come on—you just don’t like the décor. You need to see past that and imagine it with your furniture, your paint or wallpaper on the walls.

In my previous house, I don’t remember getting any strong feelings as I walked around. It was a relatively new house and we bought it for all the practical reasons—it was a good size, nice neighborhood, within our budget, near a good school. On paper, the ideal house.

But by the time we moved out, my feelings had changed. We went through some tough times in that house and somehow, it never felt like home. In nearly ten years, it never felt fully mine. We were glad to leave. The house we moved into was smaller, older, needed more work, but within three months, it felt more like home than the other house ever did.

I don’t think that house was haunted by ghosts, but I do think it was haunted by something. It became the house where bad stuff happened to us and I think we ourselves haunted it. I think, as well, of my childhood home. Memories of Christmases and parties and growing up, it was a family home I was always happy to go back to. But when my mother died, it became something different. Once a small house that always felt crowded, it suddenly became vast and empty with only my dad there. Do I believe it was haunted by the ghost of my mother? No. Do I believe it was haunted? Yes. It was haunted by the memories of the lives we lived there and the bad now eradicated the good. I couldn’t remember past Christmases without the pang of grief that there would be no more. My mother was in every gap, every empty room.

I believe we haunt our own houses—the memories of lives lost, of pain and sadness, worry and stress…

I believe we haunt our own houses—the memories of lives lost, of pain and sadness, worry and stress, this is what haunts us, this is what gives us that “feeling” when you walk into a house. Can it be transferred? Can a house become saturated with so much pain it becomes apparent to a stranger walking in?

In the psychological thriller The Crooked House, by Christobel Kent, Alison goes back to the crooked house on the marshes where she witnessed her family brutally murdered when she was a child. She’s made a new life for herself in the years since the tragedy, but her old home and what happened there haunts her every day. Does the fact she doesn’t see physical manifestations of the people and events that haunt her make them any less real?

Margaret Lea is invited to meet Vida Winter, the world’s most famous living writer in The Thirteenth Tale by Diane Setterfield, to hear the truth about her life… and Vida Winter begins her tale with

“Once upon a time there was a haunted house…”

But what haunts the ruins of the gothic Angelfield House are Vida’s memories of past tragedies and loss and those lingering ghosts as Vida tells her tale impact on Margaret’s own life, bringing to life her own haunted past.

In contrast, the characters in Broken Harbour by Tana French inhabit an unfinished new housing development in Ireland. A victim of the recession and as creepy as any gothic mansion, this ghost estate is haunted by disillusionment and regret, the bitter crash of broken dreams. It’s only a matter of time before this translates into a real crime.

I moved the Walker family move into a house with a terrible history in The Woman in the Dark. Sarah and her children struggle to get past this history—everywhere they turn, they’re confronted by things that remind them of the family that once lived there. Is the house haunted by the ghosts of the murdered family? There are unexplained cold spots, strange creaks and groans, a cellar door that won’t stay shut.

Sarah and her children already know the history of the house so it’s possible the cold spots, the ghostly reminders of a murdered family, are in their imaginations. But Patrick…he knew the house as something else and he is convinced he can make it the perfect dream family home. But he’s haunted himself, by memories of some not-so-perfect times and it changes him. He tries to paper over the cracks, but the cracks are too deep.

A house is made of bricks and wood and glass.

A home is made of joy and sadness, tears and laughter. It can be filled with love and emptied by loss. It can be made of fear and pain, of happiness and security. This is what haunts a home, this is what seeps into the woodwork and follows us around.

Can a house be haunted? I’m not sure.

Can a home be haunted? Oh, definitely.

Vanessa Savage is a graphic designer and illustrator. Her latest novel is The Woman in the Dark. She has twice been awarded a Writers’ Bursary by Literature Wales, most recently for A Woman in the Dark. She won the Myriad Editions First Crimes competition in 2016 and her work has been highly commended in the Yeovil International Fiction Prize, short listed for the Harry Bowling Prize, and the Caledonia Fiction Prize. She is on the current longlist for the Bath Novel Award. 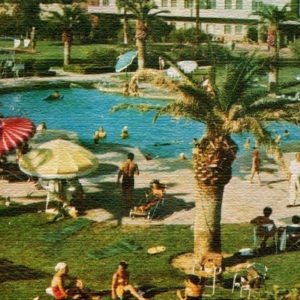 Gianni Russo has been many things to many people. Best known for his turn in The Godfather as Carlo Rizzi, Connie Corleone's...
© LitHub
Back to top