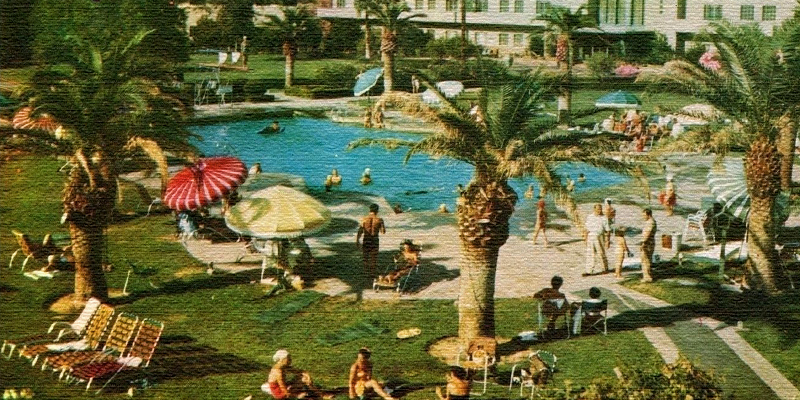 Howard Hughes, The Mafia, and Me

Gianni Russo has been many things to many people. Best known for his turn in The Godfather as Carlo Rizzi, Connie Corleone’s nogoodnik of a husband, Russo has gone on to have to a long and colorful life. His new memoir, Hollywood Godfather, details Russo’s career as a mafia fixer turned Hollywood actor. In the following exclusive excerpt from Russo’s memoir, we learn of Russo’s time in the high-stakes world of Vegas hotel ownership.

For years, the federal government had been trying to shut down the mob’s involvement in skimming profits from Las Vegas casinos. Additionally, they knew that service employees, such as waiters and bartenders, were cheating on their taxes by drastically underestimating their tips, which comprised the majority of their income. The government’s investigations went nowhere, which led to frustration and the reorganization of the feds’ efforts.

Hughes, who was always looking for his next billion, was approached by the feds with a deal. The U.S. government would award the Howard Hughes Corporation lucrative aircraft construction contracts if Hughes would begin buying Las Vegas hotels and casinos and help the feds rid Vegas of mob influence.

Hughes agreed, and he began by purchasing the Sands and Frontier hotels—there were more to come—into which the FBI infiltrated agents to work as service employees to spy on the tax cheats. The conduit from Hughes to the government were the numerous former CIA and FBI agents whom Hughes had on his payroll.

Add to this mix the rapidly diminishing cadre of old-school Mafia dons who had built Las Vegas and who were in the process of dying off, being replaced by younger men who weren’t as steeped in the casino business as were men like Frank Costello, and you had the perfect storm of opportunity. I was beholden to no one, not being a made member of any one mob family, and I had no criminal record; I had never even been arrested. I was flush with cash from my Vatican Bank involvement and the marker business, some of which could be funneled through the Banca di Roma in Italy as a construction loan.

I had harbored dreams of becoming a Las Vegas hotel magnate for a while, and I decided to go for the gold. I’d carefully vet my employees—federal agents need not apply—and with the cooperation of a few well-placed friends, I’d be in business.

I locked up a ninety-nine-year lease on twenty-three acres of land behind the Aladdin Hotel and adjacent to a golf course, which would later become the site for the MGM Grand Hotel. With the unwitting cooperation of the Las Vegas Planning Commission, which made Paradise Lane and the Strip one-way thoroughfares leading to and from the airport and past the site of my projected hotel, I was on my way to fulfilling my vision.

I spent the rest of the year working on the myriad details that needed to be completed before we could begin construction of my baby, the Renaissance Hotel and Casino.

As the new year approached, plans for the groundbreaking ceremony were in full swing.

A huge party tent had been erected on the land where the Renaissance was eventually going to be. On April 1, 1980, every major celebrity who was in Las Vegas attended the celebration, including Wayne Newton, hotel magnate Steve Wynn, Liberace, Lola Falana, Bobby Vinton, illusionists Siegfried & Roy, plus the governor of Nevada and the mayor of Las Vegas.

Within a month, I would be dethroned, and everything would go to hell.

The theme of the party was “Can You Dig It?” and a band was present to lend musical accompaniment to the festivities.

At the stroke of midnight, I pulled up to the tent in a bulldozer, cradling a magnum of champagne. Simultaneously, fireworks lit up the Vegas sky. One of the pyrotechnics blazed the name Renaissance Hotel overhead just as I dug the first shovel of earth from the desert floor.

The party went until dawn. The culmination of every dream I’d ever had of becoming a success was coming to fruition. I was putting mob life on the back burner and adding to my résumé the title of legitimate businessman. After the last guest had left, I surveyed the empty lot on which would stand Las Vegas’s newest luxury hotel. My sense of satisfaction was indescribable; I felt like the king of the world.

Within a month, I would be dethroned, and everything would go to hell.

The country was in the throes of a financial crisis, mostly powered by the spike in the price of foreign oil imports. Jimmy Carter was in his first—and last—term as president, and I thought he was doing a less than stellar job of getting us out of the financial mess we were in.

About a month into the construction of the Renaissance, interest rates skyrocketed to 19 percent. I wouldn’t have given a damn if my only concern were my mob endeavors, because inflation doesn’t have an effect on the Mafia’s income. The mob even thrived during the Great Depression. But now I was concerned because construction loan interest charges mirrored the inflation rate, plus a few points.

I used very little of my own money to start construction of the hotel. The first rule of business: Use other people’s money. It wasn’t a problem floating a loan at a reasonable rate. My interest rate, however, ballooned from reasonable to outlandish almost as soon as I shoveled the first scoop of dirt to begin construction.

While I was trying to come to terms with the high interest rates, I was hit with another problem, one that could result in jail time.

The FBI had a wiretap on the Kansas City faction of the mob. The feds had wiseguys Nicky Civella, Joe Agosto, and Carl DeLuna on tape discussing a possible investment of thirty million dollars in my hotel.

There are strict rules governing who can invest in the Las Vegas casino business. Not surprisingly, the mob isn’t on the list of approved investors. The Las Vegas Gaming Commission kept a close eye on all aspects of gaming. After years of trying to get the mob out of Las Vegas, the FBI now had solid information that wiseguys were considering an investment in the Renaissance. It was my responsibility to keep the Gaming Commission informed every step of the way as to what business decisions were transpiring with my hotel. I couldn’t say

“Oops, I forgot to mention those guys as possible investors.” The onus was on me to keep the Gaming Commission in the loop at all times, and failure to do that was a felony.

I was also concerned about whether I had been recorded while making calls to my friends in Kansas City. I spoke to those guys often, Nicky Civella being a good friend. I began the impossible and unnerving task of trying to remember everything we had discussed since the idea of building a hotel entered my mind.

I now had two things to worry about, and neither was going away.

I discussed the problems with my attorneys, who reminded me that I had another problem: the lease. I’d taken a ninety-nine- year lease on the property where the hotel was being built, and my lawyers told me that I’d be stuck paying it off even if the hotel went belly-up.

The decision was evident. I had to walk away from my dream.

I could do nothing about the interest rate except use my own money for expenses, and that was foolish. As far as the federal wiretaps were concerned, the only way I could wiggle out of that mess was to pull the plug on the hotel; that way, I wouldn’t be breaking any laws, because I couldn’t involve the mob in a business venture that didn’t exist.

I had a few sleepless nights deciding what to do. Eventually, logic made my decision for me. There was no way I’d pay 19 percent interest on a loan, so the decision was evident. I had to walk away from my dream, but I still had the lease hanging over my head.

I called the landlord and told him I might have to suspend construction on the hotel temporarily, and I asked if I could halt lease payments until construction started up again. He told me that wasn’t a problem— what’s a few months when the lease went for ninety-nine years? I had the lease contract rewritten to reflect the new verbiage, which read, in part, that as soon as the construction resumed, I’d resume paying the lease. The landlord didn’t think the agreement through, because there was no restart planned—ever— so I got away with reneging on the lease payments. Unethical? You bet, but I wasn’t about to eat millions of dollars in lease payments for a hotel that was never going to be built.

Then, as luck would have it, there was an unfortunate fire in the office trailer on the construction site, and all the records pertaining to the construction of the hotel were destroyed. What can you do? Stuff happens.

Years later, I’m reminded of the movie Godfather III, when the now elderly and sick Michael Corleone bitches about how every time he tries to leave the mob, he gets pulled back in.

I was going back to what I knew best. 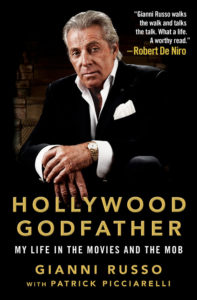 From Hollywood Godfather: My Life in the Movies and the Mob. Copyright © 2019 by Gianni Russo and reprinted with permission from St. Martin’s Press.

GIANNI RUSSO has appeared in more than thirty movies, been involved in the production of several others, and appeared in numerous TV shows. His most well-known roles include parts in The Godfather: Parts I and II; Goodnight, My Love; Lepke; Laserblast; Chances Are; The Freshman; Side Out; Another You; Super Mario Bros.; Any Given Sunday; The Family Man; Seabiscuit; and Rush Hour 2. His life-long association with organized crime has made him a witness to Mob history. He is also a singer, whose shows are sold out across the country. PATRICK PICCIARELLI is a retired NYPD Lieutenant, Vietnam veteran and private investigator. He is the author of Street Warrior: The True Story of the NYPD's Most Decorated Detective and the Era That Created Him, and other books. He resides in Pennsylvania. 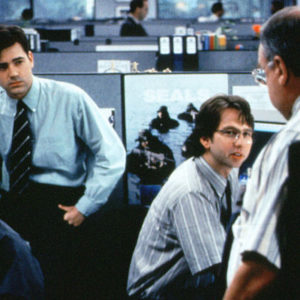