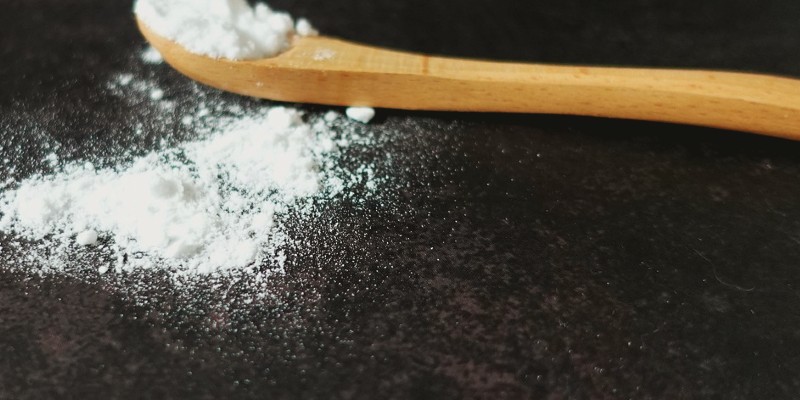 Strychnine is a grand tonic, Kemp, to take the flabbiness out of a man.

It would seem bizarre that a drug such as strychnine, so entrenched in the mind as a deadly poison, would ever be seen as a tonic and pick-me-up, yet that is precisely how it was viewed until the beginning of the twentieth century. The title character, Dr. Griffin, in H. G. Wells’s novel The Invisible Man, “found strychnine to be immensely beneficial,” as Wells writes: “Griffin had a little breakdown. He started to have nightmares and was no longer interested in his work. But he took some strychnine and felt energized.” 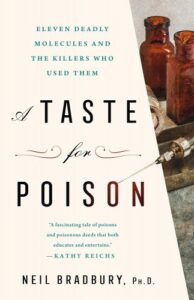 The benefits of strychnine seemed endless: Psychologist Karl Lashley found that strychnine enhanced the ability of rats to learn their way around mazes; it helped marathoner Thomas Hicks achieve Olympic Gold in 1904; medical students used strychnine as a pick-me-up while studying for examinations; and even Adolf Hitler was reputed to have taken a strychnine tonic after the loss of German soldiers during the Battle of Stalingrad.

However, the use of strychnine also had a dark side, as reflected in its increasingly sinister depiction in popular culture. In Arthur Conan Doyle’s novel The Sign of Four, Sherlock Holmes’s stalwart companion Dr. Watson deduces murder by strychnine from the unusual grimace found on the victim’s face. On the silver screen, Alfred Hitchcock would also use strychnine as a poison in Psycho, where Norman Bates used it to kill his mother, before rampaging through shower curtains with a kitchen knife. More recently, horror writer Stephen King invoked strychnine in his novel Mr. Mercedes, published in 2014.

Agatha Christie introduced strychnine as her favorite poison in her debut detective novel, The Mysterious Affair at Styles. So accurate was Christie’s description of the effects of strychnine poisoning that a review of the novel in The Pharmaceutical Journal opined: “This novel has the rare merit of being correctly written—so well done, in fact, we are tempted to believe that the author had pharmaceutical training.”

Why have so many writers chosen to incorporate strychnine into their works of fiction? Likely because poisonings with strychnine have been so numerous and widely documented. Indeed, strychnine is listed third in the top ten poisons by number of criminal cases, behind only arsenic and cyanide.

The Story of Strychnine

Strychnine, like atropine (see chapter 2) and as well as caffeine, nicotine, and even cocaine, is a plant alkaloid. All these compounds are bitter-tasting chemicals that plants generally put into parts that they don’t want to be eaten. Ironically, humans have gone to great lengths to harvest plants to get as much of those same alkaloids as possible. Strychnine comes from plants of the genus Strychnos; it is a term coined by master labeler Carl Linnaeus in 1753. Although strychnine is found in all Strychnos species, it is most abundant in Strychnos nux vomica, which sounds slightly more scientific in Latin than its common name, the Asian vomit button tree. The strychnine tree is an evergreen, native to India, Sri Lanka, Tibet, southern China, and Vietnam. Although the tree grows quite commonly in Asia, there are very few stories of it being used for nefarious purposes within these regions. Whether this reflects a true reluctance of the local populace to use strychnine to kill, or simply a lack of record keeping, is not clear, but strychnine has been used in Asia mainly for controlling pests such as rats.

Strychnine entered the European market when ships began trading with the wider world. All ships have rats, and sailors do not appreciate rats eating their food or spreading disease. Thus strychnine was a popular rodent control solution among merchant vessels. By the late 1800s nearly five hundred tons of Strychnos seeds per year were being imported into London, most of it used to poison vermin such as rats and mice. Although it was difficult to purchase strychnine from a pharmacist, it could be easily obtained by the general public in threepenny and sixpenny packets, under the name Vermin Killer.

Butler’s Vermin Killer consisted of a mixture of flour, soot, and strychnine, to be applied to a piece of bread or cheese and left on the kitchen floor overnight. So rapid and effective was strychnine as a rodent killer that mice and rats would often be found dead close by the poison. In Alfred Swaine Taylor’s Manual of Medical Jurisprudence, published in 1897, Taylor remarked of vermin killers that “the powders are a fertile source of poisoning, either through accident or design; they are openly sold by ignorant people to others still more ignorant, and are much used for suicidal purposes.” So readily available was strychnine that, marketed as “Vermin Powders,” its purchase didn’t warrant any raised eyebrows, even if the buyer had a murderous intent.

The use of Vermin Powders was not confined to the elimination of rodents, but was also liberally used to get rid of stray dogs and cats. One such purchaser was writer Henry F. Randolph, who in May 1892, bought some strychnine to poison an annoying cat. As any sensible nineteenth-century writer would do, he elected to put the poison in a drawer by his bedside rather than outside, in—say—a garden shed, in a container marked “POISON.” One night Randolph awoke and decided to take a dose of quinine, another bitter alkaloid. Not surprisingly, in the dark, he picked up the bottle of strychnine and took some of that instead; three and a half hours later he was dead. It is safe to assume that the moral of this story is that keeping poison on your bedside table is not the most sensible idea.

Like all plant alkaloids, strychnine has a bitter taste. In fact, one of strychnine’s claims to fame is that it is the bitterest substance known to man, and all other bitter tastes are ranked relative to it. Another plant alkaloid known for its bitter taste is quinine, and as seen in the previous chapter, quinine has been used as a treatment for malaria, as well as a therapy for leg cramps. French physicians during the Napoleonic era used somewhat dubious logic to assume that if quinine, which is a bitter white powder, was medically useful, then any other powder that was also white and tasted bitter must necessarily also be beneficial. This logic ensured that patients with various ailments, including malaria, could be treated with strychnine just as easily as with quinine. Fortunately for scores of French patients, it was soon realized that this approach to drug discovery was not quite as useful as first thought, and the practice of treating all diseases with random bitter white powders came to an end.

From A Taste for Poison by Neil Bradbury, Ph.D. Copyright © 2022 by the author and reprinted by permission of St. Martin’s Publishing Group.

NEIL BRADBURY, Ph.D. is Professor of Physiology and Biophysics at the Rosalind Franklin University of Medicine and Science, where he teaches and conducts research on genetic diseases. A full-time scientist and educator, Bradbury has won numerous awards for his unique approach to teaching physiology. He has presented his research around the world and authored more than 80 scientific articles and book chapters. He currently lives in Illinois with his wife and two border collies. A Taste for Poison is his first book. 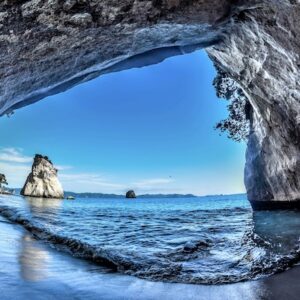 New Zealand / Aotearoa (as it was named by Maori, the first settlers, ‘The Land of the Long White Cloud’). The general...
© LitHub
Back to top