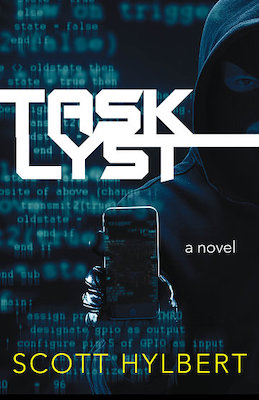 The following is an exclusive excerpt from Task Lyst, a debut technothriller by Scott Hylbert about a new share economy-based app that connects freelancers with jobs in Silicon Valley. But the app has another more profitable and nefarious function: it aids the government in its quest to tap users. Here, a musician pursues a strange gig.

The suspense ended for Elliott Tuesday night when a Task Lyst alert sounded on his smartphone. He clicked on the notification and opened the application to accept the next task. It was code-named GRETCHEN and was identified by the same Performance Studios logo from several nights before. Upon hitting the “Accept” button a message appeared: “Southwest corner of Judah and Great Hwy 0600.” He knew the spot, having picked up the Judah line bus at the beach there. The 0600 could mean the time, 6:00 a.m., he presumed. It was nearly two now. He groaned, lamenting the lack of sleep and cold early morning scooter ride out to the beach from the Inner Sunset. Options: Don’t go—no more jobs? Do go—could be a good paycheck. Could lead to even better paychecks. Rent was due. He set three alarms, his phone, Casio watch, and a clock radio that had been in the apartment before he took over the lease. Elliott fought the urge to skip his wake-up call after dreaming through the first two alarms. The third, an old-fashioned automobile horn on his phone at maximum decibels, killed his snooze. He powered through his grogginess, thankful that he wasn’t too hungover. Early rises weren’t part of his routine. He made it out to Ocean Beach on time and parked his ride a hundred yards away from the southwest corner of Judah and Great Highway. Fog blanketed the dawn, with just a hint of light visible over the twin peaks of the city. A lone jogger ran by in the bike lane, stopping at the light pole positioned on the target corner to stretch. As Elliott neared the runner—within twenty yards—the figure resumed its course, continuing southward. Elliott approached the pole and noticed a key left sitting at its base. A handbill pasted about face-high promoted a mime performance in the Tenderloin. To be certain, he loitered around for a few minutes, checking for alternate clues. A public restroom loomed close, but the door was still locked. He studied the windows of houses nearest the corner but saw nothing suspicious. Elliott picked up the key and removed the handbill, careful to keep it in one piece so as not to lose any detail. A block away was a coffee house where he could warm up, wake up, and look closer at his material. A few surfers chatted outside the Sunset Cafe, steaming to-go cups in hand, wetsuits draped over boards waiting to be used. Elliott ordered a Keith Moon: two shots of espresso in an extra large coffee with cane sugar and sweetened condensed milk. A curly redhead with a double nose ring approved the order. She looked vaguely familiar to Elliott, like maybe a musician he had crossed paths with, or a groupie he’d tried to bed. He wasn’t sure, and she didn’t seem to be either. It was deja vu being out this way, getting up predawn, recalling early morning surf sessions, seeing a grunge girl from a previous decade. He needed to start surfing again. His preferred seat, the burgundy stuffed armchair, was vacant, so he sunk into it. It was a furnishing that, allegedly, had once resided in the Grateful Dead’s house at 710 Ashbury Street. A crowdfunding campaign had been waged to get it reupholstered. Duct tape held it together in the meantime. The smell of roasted coffee beans comforted him as he tested the temperature of his drink. Six twenty a.m. wasn’t so bad.

Quiet, peaceful. He took the key out of his pocket. A Chinese symbol stared back at him on the stainless steel key ring, and the key itself looked ordinary. It was most likely not a vehicle. Door? Gate? Safe?

Not a safe. But how would I know if it was a safe? Am I an expert on locks all of a sudden? More intrigue. The heck was he getting himself into?

He checked out the handbill. Mime Troupe, Mr. Grey’s Picture Show Theatre. British spelling. There were never accidents in this cat-and-mouse business. Going to the address would be the obvious next step.

His phone map showed it to be on Turk Street near Hyde. He’d head over there to scope it out once the coffee kicked in and the morning rush hour subsided.

Elliott stood up from the Grateful Dead chair and got up to retrieve his scooter to head toward the Tenderloin district. With a little luck, he’d beat the rush hour across town. He walked himself through the information so far. Location, check. Time, not clear. Purpose, unknown.

He liked the challenge and mystery of it all. “They” seemed to be testing him. This wasn’t likely another valet job. He was getting a taste of something richer for sure.

The Tenderloin served as a major crossroads of the city: raw, savage, governed by Darwinian principles. The aesthetic charm of other neighborhoods—the Castro, Russian Hill, the Mission—was lacking here. Rather, a vortex swallowing the identities of San Francisco’s diversity held court.

Elliott parked near the intersection of Turk and Hyde—the Tenderloin district in all its decadent glory. Here, homeless panhandlers and gay errand boys mixed with theatergoers along side strip clubs, peep shows, massage parlors, and hip, new boutique hotels. A fight for the soul of the city waged here as much as anywhere. The old-fashioned opulence of Nob Hill, the ethnicity of Chinatown, and the melting pot of Polk Gulch weaved together here just blocks from city hall. The Tenderloin served as a major crossroads of the city: raw, savage, governed by Darwinian principles. The aesthetic charm of other neighborhoods—the Castro, Russian Hill, the Mission—was lacking here. Rather, a vortex swallowing the identities of San Francisco’s diversity held court.

It preyed on those who wandered too close. This is where souls were lost. Bodies were buried elsewhere, but the death spiral started here.

Yet it had a strong heartbeat and offered pleasures unavailable outside its small wedge on the map. It was the theater district and red-light district; high brow and low. Equal opportunity offender.

Elliott was no stranger to “the Loin.” He rehearsed at a facility where bands rented rooms by the month and gigged occasionally at the Great American Music Hall, a Gilded Age relic that ranked high on any list of the best places to see live music. There used to be a gringo taco joint called Oaxaca. It was where, over margaritas, Elliott had formed his first San Francisco band with some pals from Boulder. They had a solid, three-year run, headlining venues for the post-college set. Oaxaca had promising tortas but it, too, folded.

Elliott explored the block around Hyde Street and Turk. He saw no sign of a theatre, a Mime Troupe, or a Mr. Grey. The multitude of street hustlers were nonaggressive, but lacked the charm and focus one might find in the same population in a third world country. They were selling black-market handbags and watches. A small gap in the crowd opened at the entrance of the Hyde-Turk Market, so he walked in for a peek. He went unnoticed amid the excitement. The shop clerk was exchanging banter with two hippies about moving out of the doorway. An old man was slowly and deliberately counting out coins for his purchase. Elliott pulled a soda out of the cooler and made his way toward the counter. The shopkeeper addressed him with a Middle Eastern accent.

“That is it? Eighty-five cents please.”

Elliott paid for the Coke and asked the clerk if he knew of a Mr. Grey’s Picture Show Theatre. The man shook his head, passing Elliott his fifteen cents in change.

“No. I’m not of knowing.” Then, to his loiterers, “Gott Dammick, out of doorway, or I call vice.”

One of them engaged Elliott directly in the doorway: “Achmed the Terrible, man . . . fascist establishment, shipping all his profits overseas. It is written —”

Elliott slid by him while the guy’s sidekick whispered, “Doses.”

Elliott gestured no thanks and jaywalked to the other side of Turk. He noticed a bland commercial building standing out among three Victorians. The structure towered over the vacant parking lot on the corner; on its upper wall was painted “Storage Units. Monthly Rentals. Lowest Rates!” He fingered the key in his pocket and continued to the building. At a locked gate, he pressed the button for entry. He was buzzed in and greeted by an older woman sitting at a desk behind a window.

“I hope so. I want to make sure I have the right key for my locker. I get them all mixed up.” He showed her the key. She raised the reading glasses off her nose and leaned toward him.

“Good, that’s what I thought.” He looked around the window.

“What are the hours again?”

“We open at 9 and close at 10.” She chewed her gum and maintained a gaze on him, waiting for him to let her return to her reading.

Although there was actually a problem, he decided, stepping back out on the sidewalk. Slim chance he’d find the right locker in a place bound to have a hundred. There must be more information he was overlooking. The Chinese symbol. Google was vague, making it out to be a sign for either happiness, death, or opium poppies. He figured he should narrow it down to avoid any mistakes. And if it did turn out to be something along the lines of opium, he could figure out an exit strategy should things get heavy and dark. He hummed the melody to “Happiness Is a Warm Gun.”

From TASK LYST. Used with the permission of the publisher, Turner. Copyright © 2019 by Scott Hylbert. 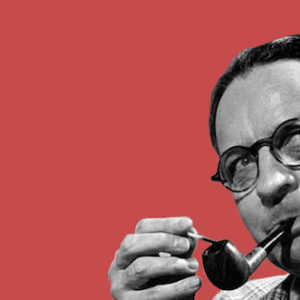 CrimeReads Brief: Week of July 27, 2019 Norris Eppes looks at the rise of rural noir, and talks with some of the authors helping the genre thrive, including...
© LitHub
Back to top