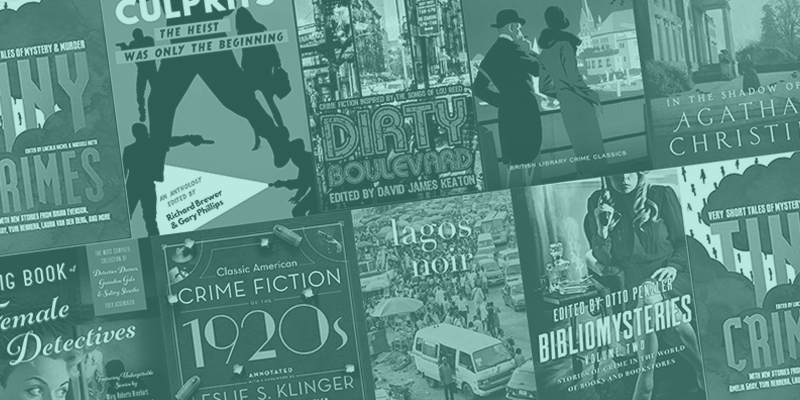 Crime anthologies come in all shapes, colors and sizes, and this list of the best anthologies of 2018 reflects the incredible diversity of the form. From a compilation of critical essays on rape culture, to assemblages of early crime stories from around the world, to a collection inspired by the songs of Lou Reed, 2018 has been a banner year for great crime anthologies, whether their format be traditional or something more far-flung. And of course, it wouldn’t be a crime anthology list without collections edited by Gary Philips, Martin Edwards, Leslie Klinger, and Otto Penzler, who just might together be responsible for most of the crime world’s anthologies. Is it a conspiracy? Decidedly not, but we do always enjoy speculating wildly… 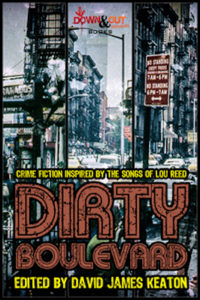 Dirty Boulevard: Crime Fiction Inspired by the Songs of Lou Reed, edited by David James Keaton (Down & Out)

There are some figures who, while they never wrote a crime novel, lived such hard-boiled lives that it just makes sense to pair them with crime fiction. Lou Reed, the noir poet of modern pop, is one of those outsized figures, and when he died a few years ago, the whole crime fiction world mourned. This anthology brings together Lou Reed’s crime-writing fans to craft stories inspired by his music, for one of the most creative anthologies out there. 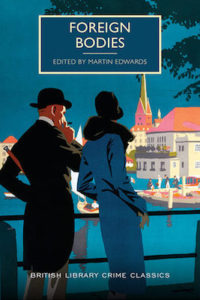 This collection of international crime fiction from the early 20th century reminds us that our beloved genre has always been a world-wide phenomenon. Martin Edwards, mystery author and the curator of the British Library Crime Classics series, has lovingly assembled a host of stories representing the incredible elasticity of what counts as crime fiction, with brief introductions at the start of each chapter to enrich the reader’s experience and place each work in a context. Did we mention we love introductions? 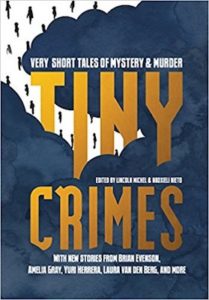 Brevity is essential to crime fiction. That’s not to say I don’t like a good door-stopper now and again, or an intricately sub-claused sentence, but the kind of noir writing I like best was built out of the detective’s report, the straight-ahead account of a particularly mysterious or depraved event. The (very) short story, then, has a special appeal, not just as an exercise but as an homage to a literary tradition. That’s why Tiny Crimes has me hooked. This collection, edited by Lincoln Michel and Nadxieli Nieto, brings together a host of writers, most of them young, some of them crime writers, others not, all angling to tell the most riveting tale possible in just a few hundred words. There’s a nice feeling of competition to the book: like the contributors were embracing the challenge of who could spin the most compelling yarn. Some of my favorite contemporary writers are here, too:  Laura van den Berg, Carmen Maria Machado, Adam Sternbergh, Yuri Herrera, and many more. I’ll be reading and re-reading throughout the month. 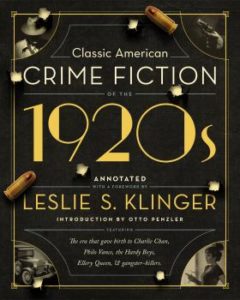 Weighing in at 1,152 pages, this collection of 1920s crime fiction is the heftiest volume published to date by Pegasus Press, and its content is as impressive as the packaging, containing all the quintessential American detectives of the 1920s, plus annotations, illustrations, an introduction by Otto Penzler, and a foreword by the collection’s editor (who also just so happens to be one of the world’s foremost experts on the history of mystery). A beautiful volume! 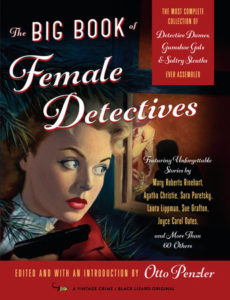 Black Lizard continues their omnibus series, this time with an enormous collection of stories featuring women solving crimes, whether they be Pinkertons, amateur sleuths, hardboiled PIs, FBI agents, or cops. This brick of a book will keep us happily reading for quite some time, and also doubles as a work-out tool for your forearms. Trying reading this one for an hour straight while holding it above your head….betcha can’t. Or at least, we couldn’t. 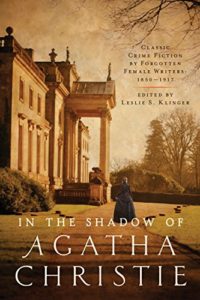 The title of this one is a bit of a misnomer—Klinger, as one of the world’s foremost early crime fiction experts, has selected a wide array of stories by women crime writers in the Anglophone world, taking us through the birth of the genre in the 19th century up to just before WWI. 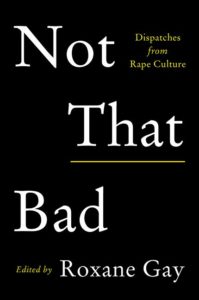 Not That Bad: Dispatches from Rape Culture, edited by Roxanne Gay (Harper)

Roxane Gay has assembled this anthology from an incredible roster of contributors, each essay layering another set of thoughts, ideas, and experience onto a collection that explores how rape culture can permeate every facet of our lives. This is the only essay collection on the list, but as Lisa Levy has explored, sexual assault is a frequent theme in crime fiction, and it’s good for all of us to take a step back from the realm of the imagination and consider the realities that inspire fiction. 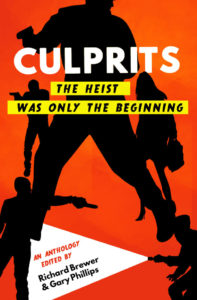 Culprits: The Heist was Only the Beginning, edited by Richard Brewer and Gary Phillips (Polis)

This one wins “most creative anthology of the year” with its intriguing set-up: professionals pull off their biggest score yet, and each story posits a different scenario for what happens after. With stories from Zoe Sharp, Gar Anthony Haywood, Joe Clifford, Manuel Ramos, and many more, this anthology is not to be missed! 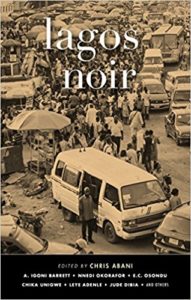 Great crime fiction is almost always transporting, a phenomenon the Akashic Noir series has been exploring for years to the great benefit of noir lovers everywhere. Short of actually visiting a city, discovering its mystery fiction might well be the next best thing. This year among a number of standout anthologies, Lagos Noir was a cut above, in part because the city itself is so alive, so sure of itself and its place in the world, a proper megacity for the twenty-first century, and in part because the city is host to such a vibrant literary scene, which editor Chris Abani tapped to great effect. With writers like Igoni Barrett, Leye Adenle, and E.C. Osondu contributing, Lagos Noir offers wildly different perspectives on both the city itself and the state of noir fiction. This book is almost like a world in itself, one that you’ll want to dive back into and get lost in again and again. 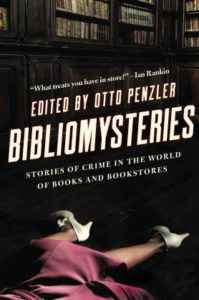 Bibliomysteries, Volume Two: Stories of Crime in the World of Books and Bookstores, edited by Otto Penzler (Pegasus)

For years, those in the know have been savoring the latest “bibliomystery” commissioned by Otto Penzler’s Mysterious Bookshop and penned by the luminaries of the crime world. (Each story involves the world of books, bookstores, rare editions, etc.) Now, a new omnibus collection (volume 2, no less) brings these gems together between two covers. Contributors include Ian Rankin, Thomas Perry, Joyce Carol Oates, Megan Abbott, and Elizabeth George. Penzler and his beloved bookshop are co-conspirators here at CrimeReads, so we may be partial, but this volume is a necessity for serious crime fans. 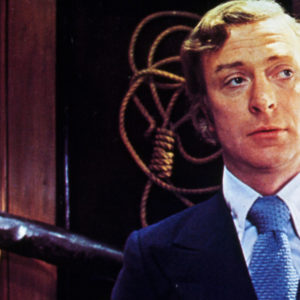