This month brings some big highlights, including a new season of Slow Horses, a long-awaited adaptation of Louise Penny’s novels, and Helen Mirren engaging in ranch-based violence. Not to mention a few more spy thrillers, one of them from Doug Limon. Should keep us all busy in between Christmas specials and the World Cup.

Colin Donnell plays a Chicago-based criminal who goes on the run after a heist turns sour. He washes up in Australia, posing as a small-town minister. Expect a lot of oddball and distrustful townsfolk, some culture clash, and lessons learned. Looks like this one has some charming qualities, especially if you’re into the setting.

This standout series based on Mick Herron’s Jackson Lamb novels is back for a new season, and this time the Slow Horses are edging their way into a new conspiracy involving reactivated Russian sleeper agents causing havoc in British society. There’s also a suggestion of a traitor highly-placed in MI-5, which should give Gary Oldman a chance to revive some of his mole-hunting skills earned in his stellar turn as George Smiley.

The long-awaited adaptation of Louise Penny’s Chief Inspector Armand Gamache series is finally arriving, with Alfred Molina in the lead. The first season will track the investigation into the disappearance of Indigenous women. The show is shot on location in Quebec and leans heavily into the relationships of the Three Pines locals.

Noah Centineo, who flashed some charisma in the To All the Boys I’ve Loved Before movies on Netflix, gets his first crack as a grown-up leading man role in a thriller, starring as a 24 year-old fresh-faced lawyer who gets thrown into the deep end with the CIA. Doug Limon (The Bourne Identity) directs the first two episodes, and altogether this one looks to be worth an investment. Don’t confuse it with the Colin Farrell CIA film of the same name.

There’s a new series in the ever-growing world of Taylor Sheridan’s West, and this time the year is 1923, a period of economic downturn in ranch country, and violence. The headline here, though, is the new starring couple: Hellen Mirren and Harrison Ford.

Look, I’m not a diehard Clancy fan, but just as long as John Krasinsky and Wendell Pierce want to make globetrotting spy thrillers, I’m going to support them. This time, Jack Ryan’s on the run, hunted the CIA, but he needs to stay in the field long enough to intercept a rogue nuclear weapon in the hands of some Russians looking to bring back the Soviet Union.

The Teenage Cannibal Movie for Our Time? Bones and All Ate Me Right Up 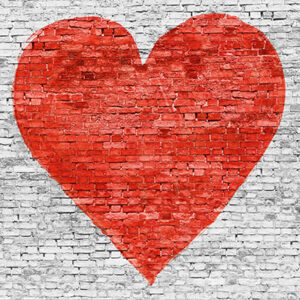 Romances are Having A Moment. Well, they've been having a moment all through the pandemic, as we turn to more cheerful fare...
© LitHub
Back to top