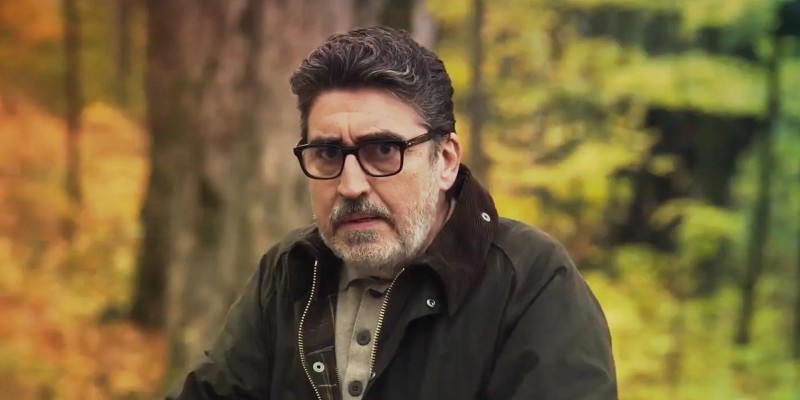 Still, fans and newcomers will find a lot to love

There’s a line roughly 45 minutes into the first episode of “Three Pines,” Amazon’s new adaptation of Louise Penny’s Inspector Gamache books, that so incensed Penny she denounced it on her Facebook page when the show’s trailer was first released.

The crabby old poet, Ruth Zardo, tells Gamache, a homicide investigator with Canada’s Sûreté police force, probing the murder of a hated neighbor, “This village is the most welcoming place on Earth. But if you don’t belong here, Three Pines will find you out and chase you one way or another.”

In her social media post, Penny told fans she asked for the line to be cut but lost the fight. She wrote, “It makes me wonder if they understand the heart and soul of the village. Three Pines is the soft landing, the open arms, the place at the table.”

She added “that ridiculous misstep aside,” she likes the adaptation and thinks fans of her beloved series, like myself, will find a lot to enjoy. After watching the first two episodes, I agree with Penny. The show delivers much of what the books do, although with more emphasis on the dark moments and fewer scenes of Gamache and company enjoying huge meals in the warm and cozy bistro.

The first two episodes, premiering on Amazon on December 2, follow Gamache, played masterfully by Alfred Molina of Doc Ock fame, and his team solve the murder of CC de Poitiers. The victim is a miserable woman who has chosen to live in a building that was previously a residential school where Indigenous children – abducted from their families – were abused in the name of “re-education.” No one – not her husband, child or neighbors – liked CC, who was electrocuted at a Boxing Day curling match (the series is set in Canada, after all). Gamache declares it the “perfect crime” and all the villagers suspects.

The beats of the mystery mostly mirror A Fatal Grace, the second book in the Gamache series, although, as Ruth Zardo’s line implies, the series draws a firm line between the detectives and the townsfolk. Gone are the scenes of Sûreté officers dining at the homes of Three Pines residents, making friends and investigating murders at the same time, and the scene of Gamache driving into Three Pines for the first time gave me “Twin Peaks” vibes. We watch as the inspector takes in the kooky villagers – one carrying a pet duck – gawking at outsiders coming into their village. These characters, so rich and complex in the books, fall flat here. I’m hoping they get more fleshed out as the series progresses.

Still, longtime Penny fans should rest assured that “Three Pines” keeps Gamache’s core personality traits. He adores his wife Reine-Marie. He says things like, “Grief feels like fear, but it’s not. It’s love with no place to go.” He quotes literature, in these episodes Frankenstein, liberally and believes that murder cannot be solved on an empty stomach. Molina plays Gamache with a seriousness that ensures his tendency to spout off words of wisdom comes off as genuine, rather than saccharine or overdone.

Most critically, “Three Pines” establishes Gamache’s innate goodness in the pilot’s first scenes. Gamache and his superior, Superintendent Francouer, watch from inside Sûreté’s headquarters as a group of protestors call on the agency to investigate the thousands of cases of missing Indigenous women. Francouer dismisses the demonstrator’s concerns, and Gamache quickly rebukes him.

When Gamache sees Sûreté officers turn on the protestors, he quickly intervenes and condemns his colleagues’ behaviors. He then drives a group of the marchers home, listening as they describe the Sûreté’s unwillingness to look for their missing family member, Blue Two Rivers.

It’s a clever intro to the eight-episode series, quickly introducing Gamache, the conflicts he has within the Sûreté, and what I assume will be the season’s overarching plot – the disappearance of Blue Two Rivers – the failure to investigate it.

Centering the stories of missing Indigenous women – a sadly timely and too often ignored issue – is a smart move for the show’s producers, who also worked on Netflix’s “The Crown.” It makes a plotline Penny wrote in the early 2000s about police abuse on Native reservations relevant while maintaining a connection to the source material.

Building on that decision is the casting of Elle-Máijá Tailfeathers, a member of the Kainai First Nation, as Isabelle Lacoste, one of Gamache’s deputies. Lacoste explains to a witness, another Indigenous woman, that she joined the Sûreté thinking she could do some good. The ambivalence Tailfeathers delivers the line with makes me hope that’s a thread the show will continue to explore.

“Three Pines” maintains the French-Canadian flair of the books. Rossif Sutherland (son of Donald, half-brother to Kiefer) switches seamlessly between French and English as Jean-Guy Beauvoir, Gamache’s deputy. A pivotal scene is set to a French cover of “Mad World.” It’s a small thing, but it gives the show a strong – and unique – sense of place, distinguishing it from other police procedurals. Filmed in Montreal and the Eastern Townships where the books are set, this is not yet another detective series set in a major American city.

Amazon will release two episodes each Friday through December 23. Based on the trailer, it looks like one of the mysteries will be based on A Rule Against Murder, but the exact books featured in the season haven’t been announced.

Both readers of the Gamache books and viewers looking for a new show to binge this winter will want to give “Three Pines” a try. The first two episodes drew me in, and I’ll definitely be back for more, in part to see how these books I love translate to the screen, but also because I want to know what happened to Blue Two Rivers and if Gamache can bring her home.

Elizabeth Held is a writer living in Washington, D.C. She writes a weekly book recommendation newsletter, What To Read If, and is the co-editor of Notes from Three Pines, a serial essay collection about Louise Penny’s Inspector Gamache series.

Walter Mosley on Ta-Nehisi Coates's Black Panther: A Nation Under Our Feet 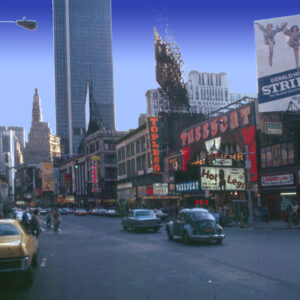 I thought I’d come to the wrong office: The entrance foyer to the publishing company was the color of a hospital waiting...
© LitHub
Back to top