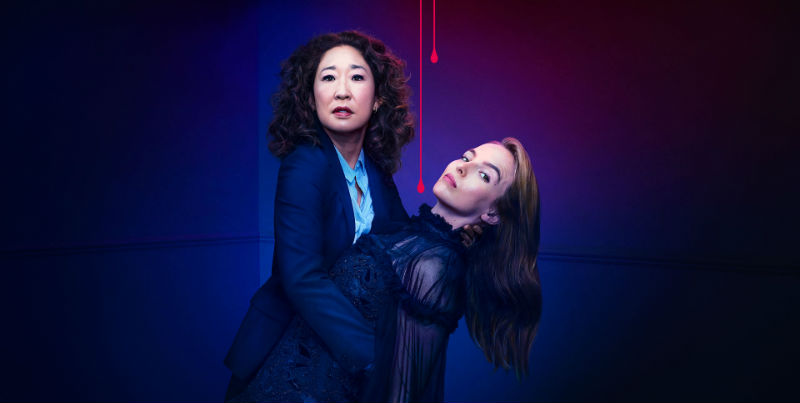 Your Guide to April's Essential Thrillers: Yes, 'Killing Eve' Is Back

The Golden Age of TV is alive and well, and every month—every day, practically—there are new shows, new miniseries, story after story appearing on our streaming services. It’s a limitless world of entertainment, and keeping up with all the good TV out there can be overwhelming. Especially when (or because) there are so many quality crime series.

The global airwaves of this month’s TV are dominated by the long-awaited return of Game of Thrones, but for those of us looking for something a little more true to crime form, something to stroke the mystery spirit, there are plenty of promising stories, new and returning, to carry you into spring. 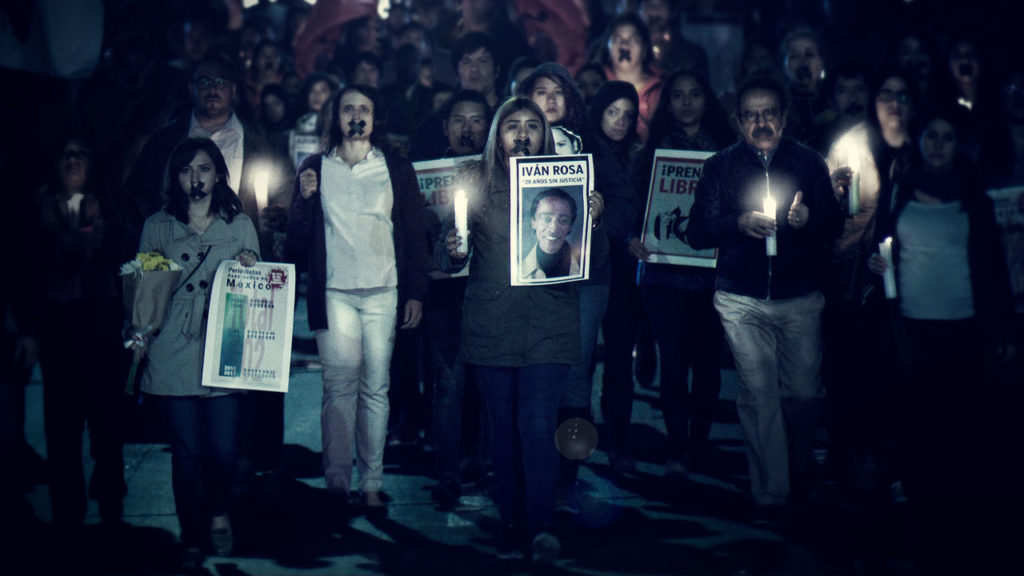 We’re excited to see Netflix expanding its foreign language original productions, and this Spanish-language political thriller, made in partnership with Fusion Media Group and starring Damián Alcázar (Narcos), follows the reporters of Tijuana Weekly as they cover the assassination of a Mexican presidential front-runner. Soon enough, they’re in over their heads as the dangerous investigation threatens to expose deep-seated corruption. Daniel Posada of “El Chapo,” the first Netflix-FMG co-production, is a showrunner. Sounds like All the President’s Men meets David Grann’s brilliant 2011 longform investigation, and we are ready for it. 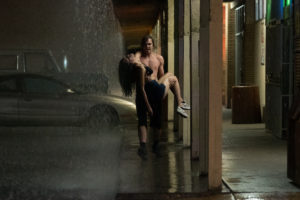 Between Netflix’s The Haunting of Hill House and Hulu’s Castle Rock, the horror ante has been upped in the past year. More fear is underway with Chambers, a new psychological horror series starring Uma Thurman (Kill Bill, Pulp Fiction) and Tony Goldwyn (Scandal, Insurgent). In a New Age corner of Arizona, a teenage girl who narrowly survived a heart attack develops an obsession with her new heart—and the details of her donor’s death. But with every new clue, she seems to gain a strange and sinister personal attribute. According to showrunner Leah Rachel, “What starts out as a grounded human story eventually pivots into something far more strange and fucked up than you were expecting.” 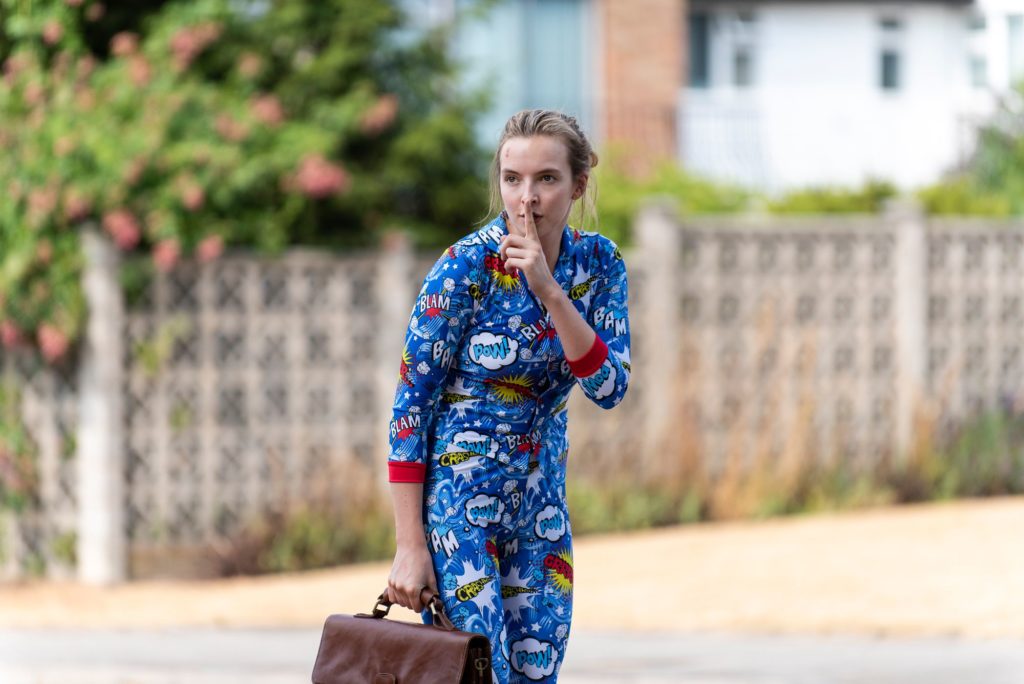 The cat-and-mouse thriller everyone is talking about, back for another go around as MI5’s Eve (Sandra Oh) closes in on Villanelle, the giddy assassin. Dig into the CrimeReads backlist to get into the spirit for Sunday’s premiere: Mimi Wong on “Subverting the Male Gaze in Killing Eve” and Alice Bolin on “Obsession, Identity, and the New Thriller.“ As long as it’s anywhere near as vivacious and thrilling and witty and twisty as last season… we’re in. 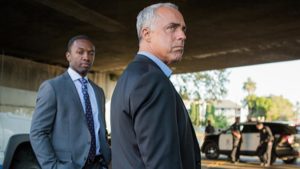 Bosch is back, and this time he’s broaching new territory: he’s going undercover, busting up an opioid ring. Picking up where the pivotal fourth season left off, season 5 will find our homicide detective investigating a murder at a Hollywood pharmacy. But nothing is as it seems in the City of Angels, and a case from Bosch’s past—the conviction of a serial killer—has resurfaced, suggesting police misconduct and threatening the very basis of his job. The new season is based on Michael Connelly’s 2017 novel, Two Kinds of Truth, and is sure to be gripping, with excellent plotting a reflection of its beloved, page-turning source material. 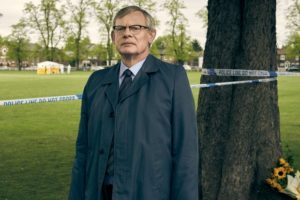 The most-watched show in Britain right now (and the highest-rated show since 2013’s Broadchurch), this faithful police procedural is based on the memoirs of Detective Chief Inspector Colin Sutton, who led the investigation of the 2004 murder of French student Amelie Delagrange. The three-part, 135 minute miniseries follows Collin Sutton (Martin Clunes) in his tenacious, process-driven, and bureaucratic investigation. It’s not sensational. It’s not flashy or artificially dramatic. But it’s immensely satisfying and dives deep into the search for a cunning and sadistic serial killer. For those who like a slow burn, due diligence—and paperwork. 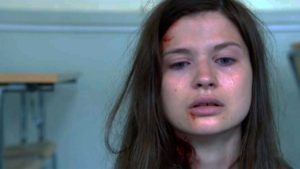 Netflix’s first Swedish Original series will please fans of The Bridge and The Killing. This new addition to the Scandi-Noir canon (based on Malin Persson Giolito’s 2016 Nordic Crime Novel of the year) begins with a mass shooting at a prep school in Stockholm’s wealthiest suburb, a bloody massacre that leaves many dead, and a shocking suspect—popular and scholarly Maja Norberg—on trial for murder. We try to unravel the tangled truth about the incident that killed her best friend and boyfriend, but nothing can be certain in life or Scandi-Noir, and it’s up to the court to decide what really happened as the events leading up to the tragedy are retold. 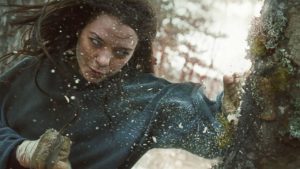 Amazon’s adaptation of Joe Wright’s critically-acclaimed film of the same name is a “pan-European coming-of-age thriller” starring Esme Creed-Miles as Hanna, a genetically altered teenager raised by her father to kill and protect herself in the forests of Finland. When she’s forced to flee, she comes into contact with the outside world—a culture clash of sorts as she meets girls her age and experiences society at large. But hot on her tail is a relentless C.I.A. agent, aka her evil stepmother, whose pursuit prompts a flurry of questions about who she is and where she’s from. Shot in the mountains of Slovakia, the dunes of Morocco, southern Spain, and Budapest, David Farr’s gritty reimagining of the action-fairytale comes to life over eight captivating episodes.

Sandy Fawkes: The Reporter and The Serial Killer 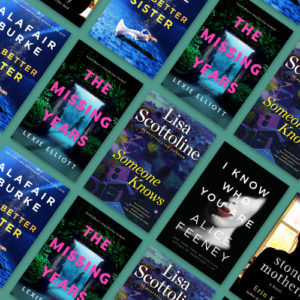 This month’s crop of psychological thrillers brings us characters haunted by their respective pasts. Several of the characters...
© LitHub
Back to top