Your Guide to the Essential Crime TV of August 2019

It’s August, which means it’s really too hot to be outside, and all your summery activities serve only to maintain the illusion that you actually like this season and its oppressive sun. Frankly, heat is not what noir is about. Noir is cold and dark. It happens in the shadows. Everything is upside-down, the bad guy’s the good guy, and the only thing that can save you (in spite of the existential musings) is the physical comforts of ye olde inside. Which pairs well with crime TV. This month is teeming with it, so use your time wisely.

“No One Saw a Thing”

Skidmore, Missouri: 1981. Citizens had had enough of Ken Rex McElroy, the town bully who had tormented the good people and who the courts had failed to lock up, so they shot him to death in broad daylight, with practically the whole town—at least 60 witnesses—on the scene. Every last one of them denied seeing a thing. This 6-part true crime docu-series intersperses archival footage with modern day interviews, exploring the effect this single act of vigilantism had on a town that went on to become a hotbed of midwestern violence as time and again residents took the law into their own hands; might the reality of that one collective murder have seeped into the subconscious of a whole town? 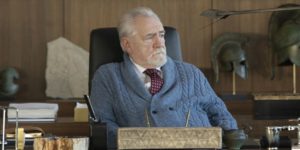 (ed. note—Yes, Succession is a crime show. You just have to squint a little.)

This timely drama pits the children of a media tycoon (a thinly veiled R. Murdoch, perhaps) against each other when their aging father announces he has no intention of stepping down anytime soon, and the heirs each do some muscle-flexing as they vie for as much command of the business as possible. This show is for you if you love: 1. rich people being despicable. 2. vicious rants. 3. genre-bending present day Greek tragedy dressed up as black comedy. 4. unparalleled dramatic execution. 5. a ridicule of American capitalism so searing you may just find some relief in being a little less rich and terrible. 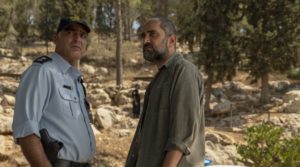 This 10-episode miniseries is based on the unforgettably violent summer of 2014, the Israel-Gaza conflict, which began when 3 Israeli teens were kidnapped and killed by Hamas, and was fueled by the retaliatory torturing and subsequent murder of a 16-year-old Palestinian boy. Tensions boiled over and a wave of violence was unleashed as both sides sought bloody revenge. It’s the story of weaponized emotions and disproportionate responses, of accumulating historical rage. While the subject is always contentious, and the jury’s still out about how it’s handled here—which narratives are favored, what assumptions go un-interrogated—it seems like a painstakingly even-handed depiction of a tragic summer. 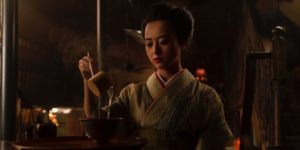 The surprising and horrifying slow-burn of a first season flipped the British exploration of the uncharted northern seas on its head, as the colonizers got stuck in the ice caps and encroached on native land, unleashing a mythical beast. The show is an anthology and season 2 takes on a new plotline and era: World War II and the creation of the Japanese internment camps. Swap the arctic winter, impending survivalist doom, and monster for the rampage of American soldiers rounding up Japanese Americans and placing them in forced internment, inciting traditional Japanese spirits to possess people and seek vengeance; keep the male ego and western arrogance. 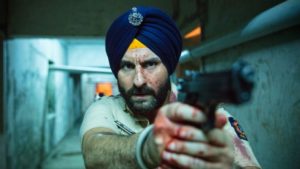 Netflix’s new wave of prestige crime shows from India (see: Delhi Crime, Leila, Typewriter) started with Sacred Games, a series based on Vikram Chandra’s 928 page epic crime novel of the same name. After all, there’s an argument to be made for Mumbai’s position as the noir capital of the century. A multi-ethnic city where business and politics (and their favorite cousin, corruption) meet, often on the backs of the most impoverished, while back alley deals are brokered, ambition turns to greed, and the pursuit of justice falls to the wayside? That’s Sacred Games at least, and we can expect the battle between policeman Sartaj Singh and gangster Ganesh Gaitonde to pick up right where it left off. 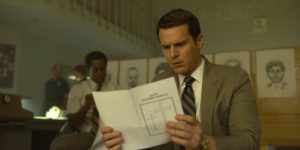 It’s been a long wait since the breakout first season of David Fincher’s series about the early days of the FBI serial killer profiling program, and finally, season 2 is in sight. Jumping forward a couple years to 1979-81, when serial killers were becoming cultural icons rich in the public imagination, the new season focuses in on the Atlanta Child Murders, and references figures like Son of Sam and Charles Manson to shed light on the investigation. Jonathan Groff, Holt McCallany, and Anna Torv are back in the leads, with Damon Herriman playing Manson in both Mindhunter and Quentin Tarantino’s new movie, Once Upon a Time… in Hollywood, strangely. This will be a big one, and you won’t want to miss it. (In the meantime, you can read an interview with John Douglas, the real-life FBI profiler who inspired Mindhunter, here.) 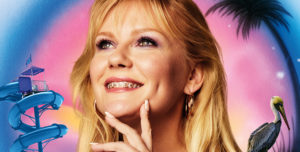 On Becoming a God in Central Florida, Season 1

Campy, subversive, and all sherbet-hued, this new show starring Kirstin Dunst, a rising ponzi schemer who becomes a little too involved with a group called Founders American Merchandise (FAM), will bring a welcome dose of early ‘90s Sunshine State to the limelight. Dunst, a water park employee, has long dreamt of a whole new life, which suddenly comes true when her success in FAM begins to turn her struggles into distant memories—until those closest to her start to be painfully affected by the scam.

Into the Dark (Hulu, August 2)

This 12-episode horror show airs one standalone chapter each month. August is the penultimate episode and celebrates the terrors of back-to-school with a story about weekend detention gone wrong.

An atmospheric noir from Poland about a teacher who begins a dangerous investigation into the death of a student.

The final season delivers one last bizarre and gleeful romp as Dominic Cooper, an outlaw-turned-clergyman with the power to make people do as he commands, and his motley crew, i.e. his explosive ex-girlfriend and their alcoholic pal Cassidy, an Irish vampire, seek elusive and subversive answers to life’s most enduring questions.

It’s the US premiere of a popular British crime drama about two cops and long-time friends with differing backgrounds and crime-busting tactics.

Ever heard of “the Family”? Turns out it’s the most powerful political group you’ve never heard of, a secretive brigade of Christian politicians whose influence has long impacted all facets of American politics. This docu-series, produced by Alex Gibney, is basically the story of a mob dynasty in 5 parts.

More So-Cal subversion, surrealism, and highly-saturated stoner vibes to come with season 2 of this modern fable.

This juicy new series follows 3 women—one from the ‘50s, one from the ‘70s, and one from the 2000s—as they grapple with their husbands’ infidelity. Spoiler alert: There is often blood.

The sixth and final season. Sure, James St. Patrick was once the kingpin of a drug empire, but now he just wants to legitimately, non-narcotically run his nightclub, which (of course) is called “Truth.” We have many years of suspense here, so I’ll say no more about the no-way-out conflicts that continuously plague our guy.

Hosted by NBC news correspondent Stephanie Gosk and journalist Troy Roberts, this true crime series from the producers of NBC’s Dateline will focus on a new crime in each episode with a particular eye for motive. It sounds a little like true crime trash, but who’s to say.

It takes no work at all to slip back into this epic world of post-WWI England, street gangs, and crime networks—and this season is poised to be the most cinematic yet, as the Shelby clan’s pilfered possessions feel the full force of the 1929 crash. 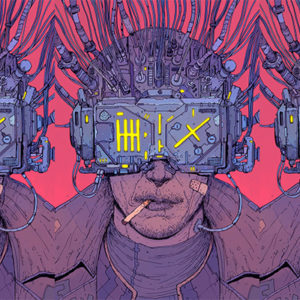 I’m coming from an unusual place as a debut thriller-writer, in that I’ve already written half a dozen books of non-fiction...
© LitHub
Back to top