These are boom days for writers and readers looking for thoughtful, hard-hitting stories about real-life crime. Whether you’re in the mood for a high-octane page-turner, an investigation, or a penetrating memoir, chances are there’s a book (and many a podcast or docu-series) out there for you. Every month, we round up the best new crime non-fiction with recommendations from CrimeReads staff. Here are the selections for March: 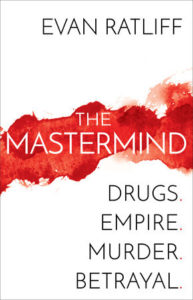 Ratliff has been opening eyes with his penetrating journalism from far-flung corners of the tech and criminal underworld for years, putting him in a perfect position to tell the shocking story of Paul LeRoux, a crime kingpin for the new century. LeRoux began as a programmer who saw a gap in the internet’s black market and began to fill it—with drugs, guns, and eventually all manner of contraband and illicit activity, building one of the world’s most formidable and deft criminal networks. Ratliff’s investigative chops and tech savvy are second-to-none, and in The Mastermind he’s able to tell both a gripping true crime story and a larger tale about the evolution of organized crime in the internet era. 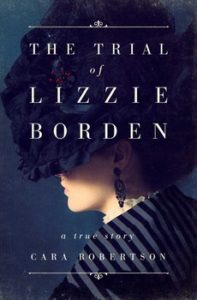 Cara Robertson doesn’t care if Lizzie Borden was guilty—instead, she’s fascinated by Lizzie Borden as societal reflection, both of her own era, and of the eras that followed. Each generation has placed its own opinions on a complex and ambiguous case, and Robertson’s focus on the trial allows us to follow the events and evidence as they unfold, and thus grasp a better idea of what Lizzie’s case revealed about social mores, gendered perspectives, and the claustrophobic world of Fall River society. Plus, there’s a hilarious cow. You’ll have to read the book to find out more. 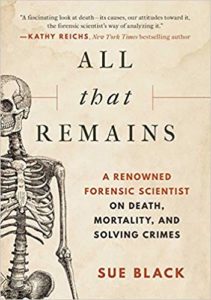 Dame Sue Black’s reading is essential reading for anyone fascinated by forensic investigations, cold cases in general, or really just our contemporary relationship to death. Black is a groundbreaking and widely celebrated forensic anthropologist, just like the kind we like to read about in fiction and watch on TV, only her real life has been devoted to the morbid sciences and their role in law enforcement. Her new book is partly a guide to some of the basics of her profession, but also it’s an insightful, compelling, and often entertaining memoir about a life spent studying and reckoning with the dead and their secrets. 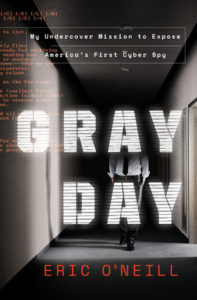 Back in the early aughts, the FBI was a pretty dismal affair when it came to grasping modern technology. Outdated computers, poor communication between departments, lax regulations, and obscure security protocols allowed a spy to get away with passing information to the Soviets for nearly three decades, and it took a 25-year-old hotshot computer expert to finally track him down. Read this one if you enjoy cat-and-mouse games, or if you’re perpetually amused by the slow progress of technology through bureaucracies. 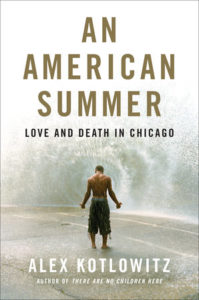 Alex Kotlowitz’s new book is more human drama than crime story, though crime is always present in each of the profiles that make up this powerful new book. Kotlowitz’s subject is Chicago and gun violence. Over the course of one summer, he travels the city meeting people whose lives have been touched in some way by the city’s violent era—former gang members, witnesses, survivors, social workers, and neighborhood activists. Together, their stories make up a vivid and intimate snapshot of a city in the midst of a turbulent era, as individuals look for ways to right the course. 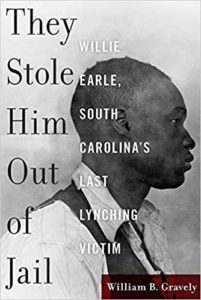 Gravely’s investigation into the 1947 lynching of Willie Earle in Greenville, South Carolina is a deeply researched, deeply felt portrait of a horrible crime in the not-too-distant past. Earle, suspected of killing a taxi driver, was kidnapped from his jail cell by an angry mob made up mostly of cabbies and beat to death. Dozens confessed to being part of the mob but when put on trial for the killing, they were acquitted by a white jury. Gravely reexamines this heinous crime, as well as the debate swirling around it, and comes to powerful, convincing conclusions about how it all went so horribly wrong, and how those wounds have still yet to heal. 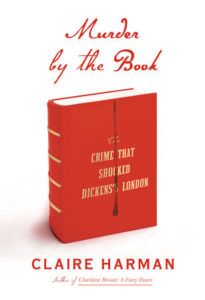 Claire Harman, Murder by the Book: The Crime That Shocked Dickens’s London (Knopf)

This fascinating true crime tale weaves together so many strands of what we love about literature. In Victorian England, Lord William Russell was found in London with his throat slit. Investigators tried tracking his murderer, in part, by looking to Lor Russell’s reading selections in the period leading up to the crime. From those intriguing details, Harman, a talented biographer, weaves together a bigger social story that charts the popularity of true crime books and pamphlets, the rise of the social novel, and many of the leading luminaries of Victorian England. For anyone who thinks that the debate over the current true crime boom is heated, you’ll want to read more about how those same questions ignited London over a century and a half before. 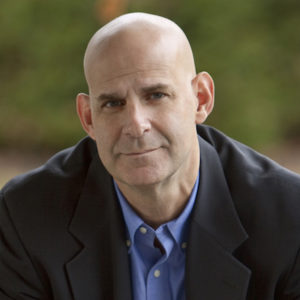 When I picked up Harlan Coben's latest novel, Runaway, I had little idea of what to expect. I knew it would be a page turner,...
© LitHub
Back to top