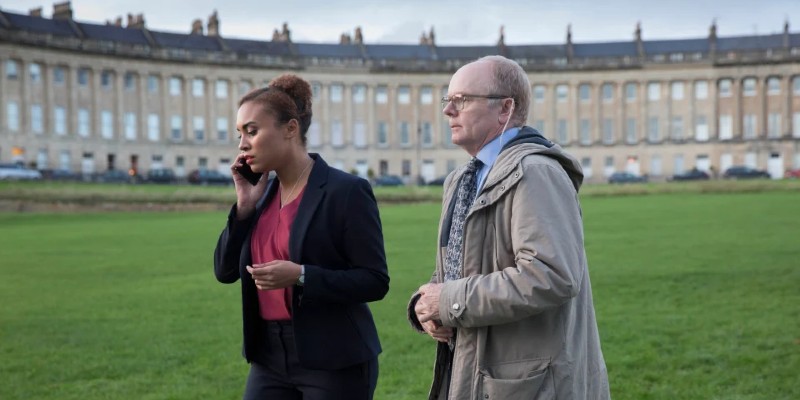 Kris Calvin on four mystery series with the potential to be your next bingeing obsession.

My writer’s group gets together weekly at a local winery. There’s as much drinking and catching up as there is putting words on the page, but we’ve convinced it’s productive since it “sustains our art”.

A frequent topic of conversation is the crime fiction TV series each of us is streaming, where mysteries take center stage. Recently, I noticed that as different as our styles of writing are, we seem to be watching the same shows, including Mare of Easttown and Only Murders in the Building, and when we go old-school, Midsummer Murders and Miss Marple.

I thought it would be fun to check out what we might be missing.

After viewing a dozen streaming mystery series, below are my top four “underrated” shows, with the criteria being that I find them every bit as good as current darlings of the genre, despite being far less celebrated. Note: I write mysteries and thrillers with no harm to children, and that is also a requirement in the entertainment I read/view, which disqualified many series from consideration, including the excellent Japanese show Miss Sherlock on Netflix and the new Perry Mason on HBOMax. 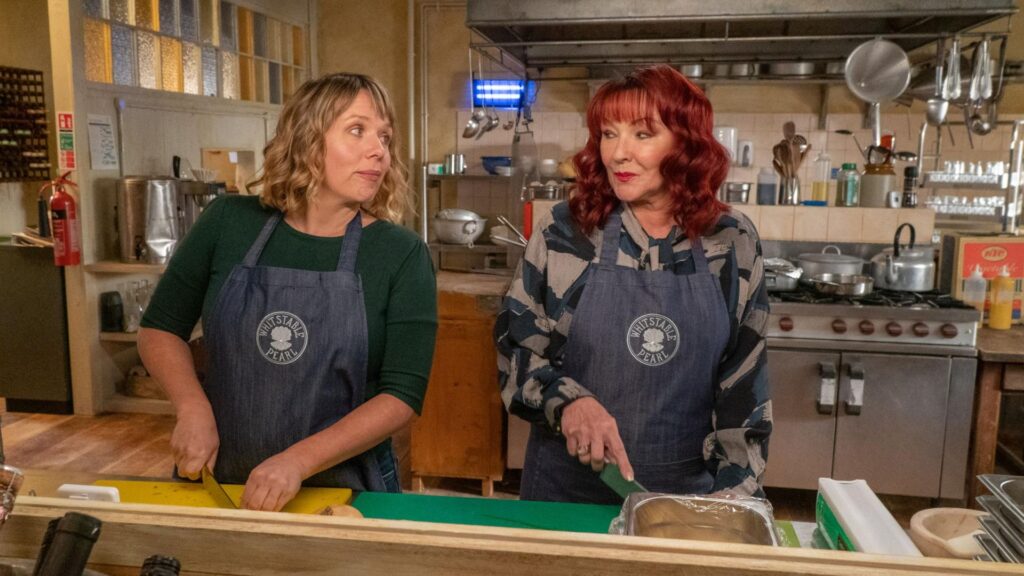 A gruff, city cop relocating to a small town where they clash with one or more local investigators is a tried and true premise for a mystery series, the success of which turns on sufficiently twisty plot lines, compelling and likable characters, or both. In Whitstable Pearl, set in the charming seaside town of Whitstable in the UK, it is unquestionably the latter.

Kerry Godliman plays Pearl Nolan, who owns a seafood restaurant and uses her former police training to offer private detective services on the side. Howard Charles fills the role of former London cop, Mike McGuire, who tells Pearl he doesn’t like small towns because he “has to talk to people”.

The two actors complement each other and are gently and softly magnetic each time they fill the screen. The dialogue is straightforward and delivered without the actors overplaying their hands.

I was surprised to learn Godliman is an award-winning stand-up comic, because she plays Pearl in an understated, serious manner, though with the occasional wry smile. I also didn’t expect the images I’ve now seen of Godliman as traditionally “Hollywood”, since while Godliman as Pearl is beautiful—truly beautiful—it is in a low-key way, with the lived-in face and body of a woman approaching 50.

Based on the popular novels by Julie Wassmer, Whitstable Pearl provides a new case for private investigator Pearl and Detective Mike to solve each episode, while the question of a relationship between them hovers nicely in the air.

If the ratings track with the quality, I expect this series to be long-lived. My main complaint for now is that there’s so little of it (six episodes) that I had to ration my viewing since I didn’t want it to be over. 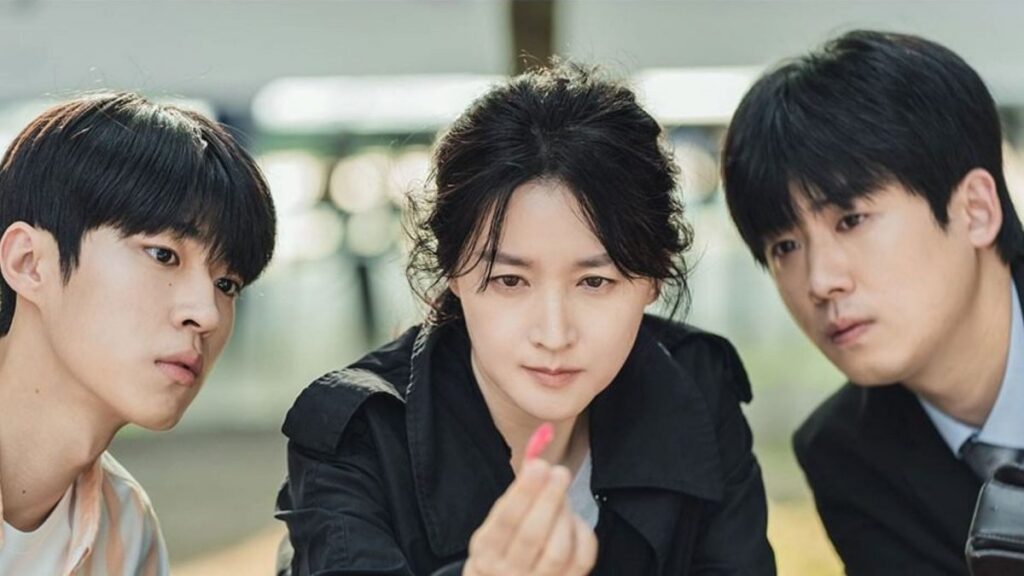 Actor Lee Young Ae brings to life Inspector Koo Kyung-yi in a series of the same name. Koo is a former police officer who, having left the force under murky circumstances related to the death of her husband, is enticed from a reclusive existence as a hygienically-challenged 24/7 online gamer to assist an insurance fraud team in what becomes a battle of wits with a serial killer.

Inspired by the British series Killing Eve, this South Korean series is visually arresting and creative to its core. Though I found the plot at times confusing and wasn’t sure who to root for, the complex storyline that propels the action forward is worth puzzling through.

Themes of loneliness and the desire to connect at a deep level with another human, even if by violence, are strengthened with each episode.

Note that deaths of sweet domestic animals are featured, and scuttling cockroaches and vomit are at times on display. A mystery that unfolds via a dark and desperate thriller with comedic elements, Inspector Koo is best suited for those who aren’t squeamish and can keep fiction in its place, firmly aware of the unreality of it all.

In Korean with English subtitles might be one reason it has been slow catching on in the U.S.

The other is its being viewed as a derivative of Killing Eve, a shame since the Inspector Koo series has a great deal that is innovative and creative to offer on its own. 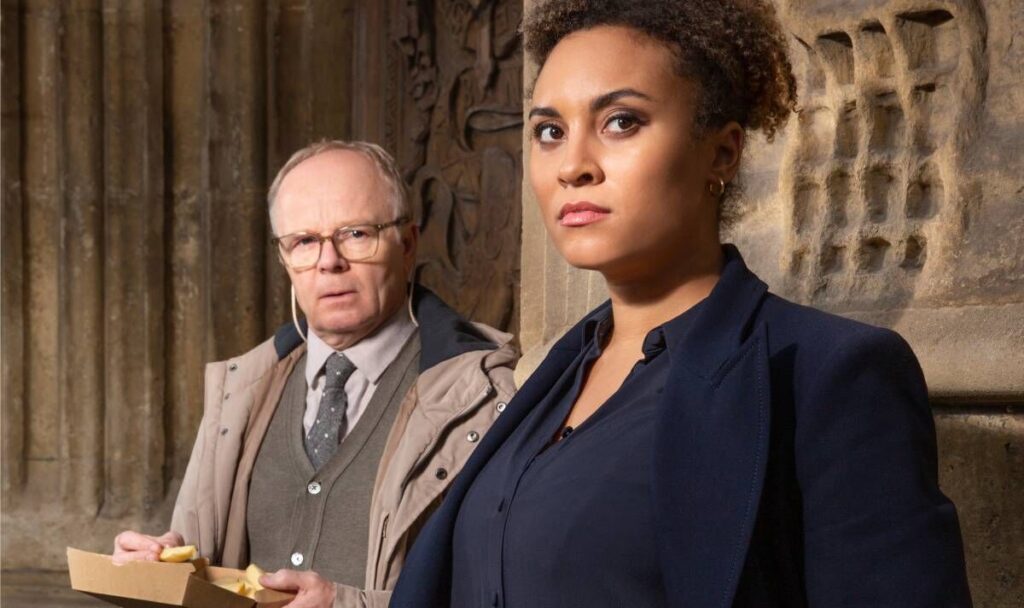 Here’s that premise again: a big city homicide investigator moves to a small town and is a poor fit for the partner they are assigned. This time, the marvelous Tala Gouveia as London transplant DCI Lauren McDonald is less grumpy than she is ambitious. Her sidekick and foil, Jason Watkins as DS Dodds, has been away from the field work for 11 years, and is out of practice and out-of-date. None-the-less, he’s an investigative wolf in sheep’s clothing—think Columbo, but sweeter and quieter.

Since one sure way to kill an entertainment experience is to have absurdly high expectations. I hesitate to do this but I feel I have to say it since it is so seldom true: There is nothing I don’t love about this series. That includes the setting in Bath, England, which glows in warm hues and rural English beauty, the casting, which fits at every level, the stellar acting, the deftly-constructed dialogue that provides the characters the range of moods and expressions required to let us get to know each one of them, the evocative original musical score, and the clever mystery at the heart of each episode.

The only award this amazing series has been nominated for that I could find is the International Music and Sound Awards for TV for original score. But while the solutions to some of the crimes feel a little out there—with more coordination and coincidence than is likely to occur in real life—it’s all tremendously good fun. Note: each episode is nearly 1.5 hours long so have your popcorn ready. 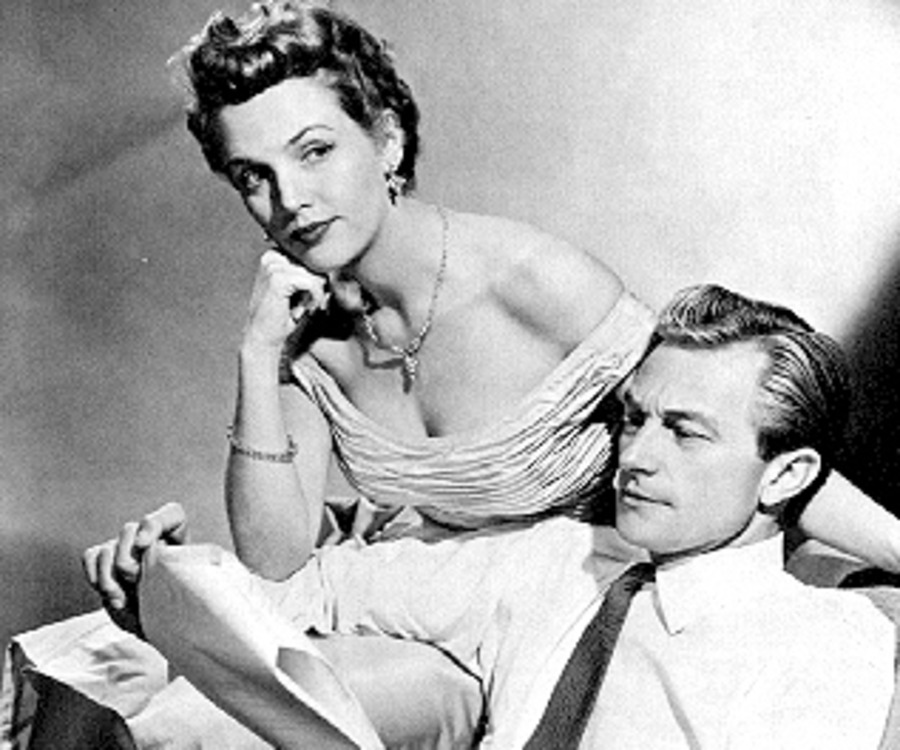 This mid-century mystery series began as a radio show in which Pam North, an enthusiastic amateur sleuth, pulls her good-natured husband, Jerry, along with her to solve the crimes that come their way each episode.

Streamed in the original black and white with at times fuzzy resolution, the simple wit and charm of this couple’s escapades more than make up for its dated production value.

Barbara Britton brings a fearless and bright curiosity to the character of Pam North, an upper-class 1950’s housewife. The fact that she is head and shoulders above the men in the story in both brains and courage make comical the penchant of those men—her husband, Jerry, and police lieutenant Bill Weignad (played by Francisc De Sales)—for calling her “little girl” and the presence of other sexist tropes.

Plot-wise, there are few real surprises. Whenever there’s a door—to a basement, a closet, a hope chest or the trunk of a car—you can be sure there’s a body inside.. But the writing is crisp and the acting, while accompanied by broad gestures and knowing looks that are more appropriate for the stage, is strong.

Mr. and Mrs. North provides a glimpse into how our parents or grandparents might have spent an evening entertained at home. It’s best not to compare it to modern-day shows; bring a historian’s perspective and enjoy! I think it would make a great series to watch with a middle schooler—yes, for the fun of it—but also to discuss gender roles of that time, and how much (or how little) they’ve changed. 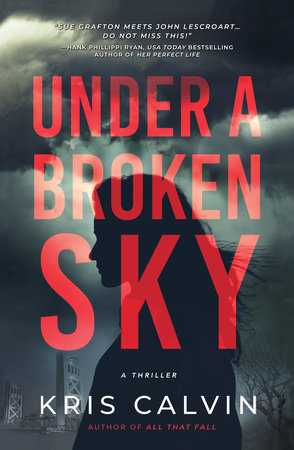 A multi-award-winning author, Kris Calvin was educated in forensics psychology and economics and has been honored by the California Governor’s office and legislature for her leadership in child advocacy. Kris writes thrilling and suspenseful mystery/crime fiction stories for adults, in which no harm comes to children. A single mom, Kris and her kids are faithful SF Giants and Warriors sports fans, but their favorite place is the public library. 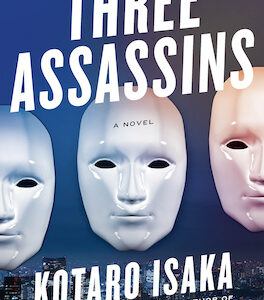 SUZUKI LOOKING OUT AT THE CITY, Suzuki thinks about insects. It’s night but the scene is ablaze with gaudy neon and streetlamps....
© LitHub
Back to top