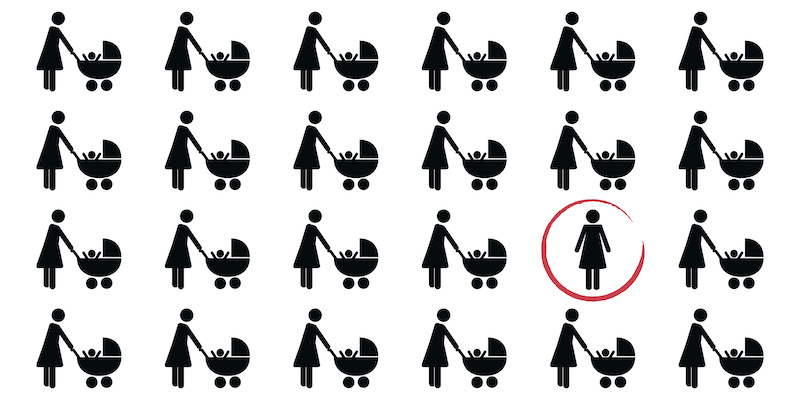 Is it time to retire this long-loved antagonist?

When I went to see the new Bond film No Time to Die last year, I was surprised to find that Rami Malek’s character, the supervillain Safin, had visible facial scars. In recent years, Bond films and indeed broader cinema have been criticised for using facial scars, burns or marks as shorthand for villainy. When the British Film Institute announced in 2018 that it would no longer fund films that featured scarred villains, I thought this trope had been put to pasture—but clearly I was wrong. No Time to Die has not one but two such villains, the other being Blofeld played by Christoph Waltz.

The film reminded me of another oft-used villain in both cinema and literature: the childless woman. This character takes several guises, chief among them the femme fatale, the “lonely lunatic” and the sinister spinster. In some cases, her childlessness is not foregrounded in the narrative but is an intrinsic part of who she is (we rarely see evil temptresses going home to their children). In other cases, her childlessness is a core part of the story, driving her to irrational behaviour, often verging on or moving beyond insanity.

In other parts of the canon, we have the femme fatales of The Black Dahlia, The Maltese Falcon, Double Indemnity and The Big Sleep, and the sinister spinsters of Great Expectations and Rebecca.

What’s interesting is that the childless female villain has outgrown her typecasting in hardboiled crime fiction. Today, she is used by numerous women writers and rendered more intricately to create nuanced villains.

We have variations of the femme fatale or ‘other woman’ in Adele Parks’ I Invited Her In, Shari Lapena’s The Couple Next Door, Elizabeth Day’s Magpie and, most memorably, Gillian Flynn’s Gone Girl. Such deliciously drawn villains make it hard to argue against the femme fatale.

Meanwhile, the lonely lunatic is said to be “more mad than bad”. These women are driven to if not madness then certainly something close to it by what they cannot have.

It’s these women that interested me when I crafted the protagonist for Next of Kin. In the novel, London architect Leila Syed is at work one morning when she receives a panicked phone call from her brother-in-law. His son’s nursery has called to ask where little Max is. Leila was supposed to drop Max off at nursery that morning, but she forgot he was in her car – on the hottest day of the year. She races to the car park and grasps the horror of what she has done. What follows is an explosive criminal trial that pits one sister against each other: one a mother, the other not. Through this framing, the novel explores the suspicions we harbour about childless women. Is it really possible that Leila hurt Max out of jealousy?

It’s a question other authors have tackled: Gilly Macmillan in What She Knew, Tina Baker in Call Me Mummy and, with particular aplomb, Leila Slimani in The Perfect Nanny.

It’s clear that the childless female villain has endured—but why? Why are we so interested in—and repelled by—these characters?

The femme fatale plays into our insecurities, says Wendy Heard, novelist and co-host of the Unlikeable Women podcast. In a 2020 episode, she explains: “It’s difficult to be less attractive than another woman. It’s scary and sad to realise that someone else has things that you don’t have and that they’re more valuable than you are.”

The femme fatale’s willingness to transgress is particularly galling, says Wendy, adding somewhat tongue in cheek: “It’s like a Venn diagram. She’s doing the things we’re not supposed to do; she’s not playing by the rules that we’re all playing [by], she’s getting an unfair advantage because ‘Look, we could all show our tits too but we’re not doing it. We’re playing by the rules. We’re playing the game the way it’s supposed to be played’—and she comes in here with her tits out!”

Tina Baker, author of Call Me Mummy, echoes this: “A child-free woman is suited to be the vamp or the serial killer—think Villanelle. Her lack of maternal empathy makes her a cold-blooded murderer. She has a cracking figure that hasn’t been ‘ruined’ by motherhood [and] she looks good in designer frocks.”

Baker points out: “As a society, we’re suspicious of childless women. They were the witches. They had cat familiars rather than human children. Note how Melisandre, the witch in Game of Thrones, had an evil spirit creature rather than a real baby.”

Helen Monks Takhar, author of That Woman, says these characters are interesting because they subvert expectations: “The act of having children has somehow been assigned the path of least resistance for women. Meanwhile, not having a child may appear the more active choice, an act of rebellion … A child-free woman of mothering age may more readily prompt the question: What’s her story?”

Given that our fascination is largely driven by unhealthy emotions—insecurity, jealousy, suspicion—is it time to retire the childless female villain? Is it a tired trope or a technique that still works effectively? And does it feed into a culture that already stigmatises childlessness?

Liz Evans, psychotherapist, author and journalist, says: “In recent years the issue of choosing to remain child-free has become a highly visible topic of conversation across the media, so I’m sure many readers are now aware of the historical reasons for this status traditionally being stigmatised, and therefore likely to read more critically, and with more consciousness.”

Bella DePaulo, professor of psychology and the author of Singled Out, is not so optimistic: “I do think it feeds into the stigmatizing of women without children … When we are sitting back and reading crime novels, or watching TV or movies, we’re not always thinking critically. We just want to relax, and then those pernicious messages can get into our heads without us even noticing.”

I wondered if readers took a different view. Ayo Onatade, crime fiction critic, tells me: “I think it’s a bit of both. In the public sphere, some see you not having a child as being selfish and not having a care in the world so you are free to do whatever you want. But I also believe that readers are clever enough to know the difference and the fact that it is fiction.”

As with all things in the childless/child-free debate, there are contrasting views. Personally, I relish a really well-drawn childless female villain. I certainly wouldn’t retire her. Instead, I would like to see more mothers cast as villains. This isn’t as outlandish as one might think, says Dr Marissa Harrison, research psychologist and author of Just as Deadly: The Psychology of Female Serial Killers, who tells me that female serial killers turn out to be mothers “fairly frequently”.

Is this villainy likely to be reflected in fiction? Liz Evans says, “The idea of a ‘bad’ mother is still culturally challenging unless she is depicted as mad, or poor, alcoholic, a substance abuser, a sex worker, from an underprivileged socio-economic group, and/or non-white. Bad mothers become culturally acceptable within frameworks that enable them to be ‘othered’ and judged accordingly. The ‘mad’ bad mother supports this belief system, and it’s been in place ever since Medea.”

She adds, “I firmly believe we need more interesting, thought-provoking stories featuring consciously crafted antiheroines who are also mothers. The antiheroine is still something of an emerging character trope, and there is lots of unexplored potential here.”

Helen Monks Takhar agrees: “In my second book, Such a Good Mother, all the darkest deeds are executed by the cast of complicated mums. There is just as much, if not potentially more, black-heartedness that may bloom when the spoils of a happy family life are at stake.” 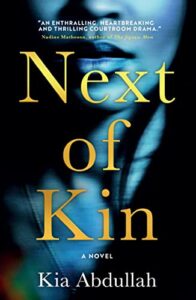 Kia Abdullah is an author from London. Her novel Take It Back was named one of the best thrillers of the year by The Guardian and The Telegraph and is available now (St. Martin's Press). 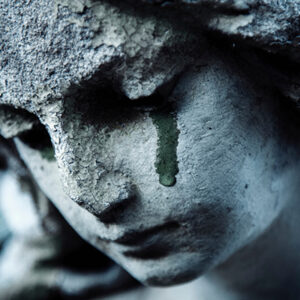 Our living rooms were once called death rooms. Back in 1918, as influenza swept through households, killing millions, the pandemic...
© LitHub
Back to top