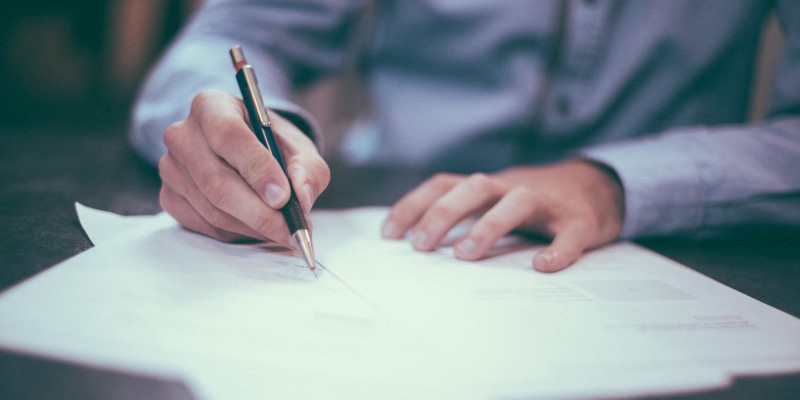 Allen Eskens makes the case for writers with legal experience.

In 1990, when I was in law school, my Jessup International Moot Court team won the award for writing the best legal brief in the world. Proud and honored, I remember thinking that if I could accomplish this, I bet I could write a novel as well. Writing as a means of creative expression had always intrigued me, but I considered that pursuit far above my abilities. So, I spent the next two decades practicing law but also studying the craft of writing, working on a manuscript in my spare time. In that time, I learned that being a lawyer brought with it some important advantages when it came to writing mysteries and thrillers, but it also brought enormous obstacles that had to be overcome.

I suspect that many lawyers gravitate to law because they find lexical nuance appealing—or, like me, they suck at math. As a child, I once made up a game with my brother where we would each open a dictionary to a random page and see who knew the most definitions. I have a collection of books on word etymology and phrase origins. I can’t resist click bait that pulls me into a pedantic explanation of why a single sandwich is a panino not a panini. Since lawyers churn out reams of written documents every year, it’s no wonder that many, at some point, ask, “why not just write a novel?”

We know the system.

Probably the biggest advantage a lawyer has in writing mysteries is our deep understanding of the criminal justice system. I practiced criminal law for twenty-five years. I know how an investigation unfolds. I have read thousands of police interrogations and understand interview techniques. I’ve studied DNA, cell phone technology, knife wounds, blood spatter, and more all with an eye toward understanding it as well as the expert witness I had to cross examine. I know how courtrooms work: arraignments, evidentiary challenges, jury trials, etc. I have this knowledge at the ready, and if I don’t know something, I know how to find it.

We know the law.

What I’m talking about here are the quirks of law that can hone a good mystery plot. Writers who have not suffered the crucible of law school may not understand the many shades of gray that surround every legal issue. But I have used those small quirks as important plot points in many of my stories. A man may or may not inherit an estate depending on whether or not his father committed a crime; a hearing to authorize electroconvulsive therapy becomes a ticking time bomb; a loophole allows an attorney to legally breach the attorney-client privilege in order to bring a killer to justice. Lawyers are well positioned to take those nuances and present them to the reader in a way that is new and intriguing.

Okay, this one may just be me but one of the things that I struggled with when I started writing creatively was using contractions. Seriously. I had trained myself to write in professional, direct sentences, which meant no contractions. I had become so adverse to them that, to me, they stood out like a neck tattoo on a nun. But if you read the first draft of my first manuscript, you would see the problem. I wrote about a teenage boy growing up in Missouri in the 1970s, and the kid refused to speak with contractions. I mean, its y’all not you all. Anyway, I’ve come around on this one. Mostly.

This is a pet peeve of mine. Legal writing encourages footnotes, which step out of the flow of the argument to give the reader needed information. Obviously novels don’t have footnotes, but they can have the equivalent. I call them asides.  An aside is where the writer tells the reader a piece of information that they feel the reader needs to know before moving on.

He opened the door and there stood Debbie. Debbie had been is girlfriend in college. She had dumped him for his best friend, so why was she here?

Can you spot the aside?

It’s easy to throw this kind of lazy exposition at the reader, but don’t do it. Instead, use this as an opportunity to drop breadcrumbs. Create questions in the reader’s mind: who is Debbie, and why is her appearance problematic? Suspend the answer over the course of a page or a chapter or more. Let the reader figure it out. Lawyers must learn that creative writing is about engaging the reader, not informing them. Which brings me to my final point.

Herein lies the greatest hurdle for any lawyer wanting to become a novelist. Law school has hardwired us to target our reader’s intellect. The human brain processes the written word in one of two systems: the neo cortex or the limbic. The neo cortex is the part of the brain responsible for reasoning. The limbic system controls emotional responses.  Legal writing is all about informing and persuading, so our arrows are aimed at the neo cortex. We write directly and give the exact information the reader needs.

Direct writing, however, is the death knell for a novelist. Direct writing tells the reader about the emotion but doesn’t let the reader experience it. As soon as I write, his heart ached or she felt crushed, I’ve lost the battle. The neo cortex will grab that phrase, process it, and the reader will understand intellectually what the character felt, but they won’t feel anything themselves. I have informed, but I haven’t evoked.

Indirect writing, on the other hand, puts the reader into the scene and lets them feel the emotion. To evoke emotion, a writer must create a world with such detail that the reader cannot help but inhabit it. If the writer succeeds, the reader will feel what the character feels without having to be told. For example, in the opening scene of Fredrick Forsyth’s The Day of the Jackal, he describes an execution through the crunch of gravel underfoot, the world going black behind the blindfold, the click of the rifle bolts, and the flutter of pigeons. This is so much more powerful than if Forsyth had described the man getting shot. It is a scene I bring to mind often when I struggle with writing evocatively.

Flannery O’Connor once wrote that “a writer cannot create emotion with emotion.” As John Gardner put it, “We are moved by what happens, not by the whimpering or bawling of the writer’s presentation of what happens.” For lawyers, trained to inform rather than evoke, mastering this technique presents a special challenge. Luckily, there is no shortage of good books that teach and employ proper technique. My first revision is always a hunt for those clichéd phrases.

There is no better compliment than to have a reader say that my novel made them feel emotion. Sure, it’s nice to hear that the twists and turns were intriguing, but to have a reader say that they are writing to me with tears on their cheeks is a whole other level of wonderful. Mastering that effect was difficult—but take it from someone who spent twenty years honing their craft before publishing their first novel, the outcome is well worth the effort. 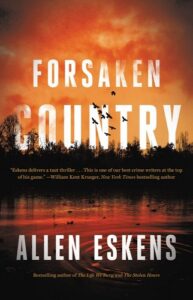 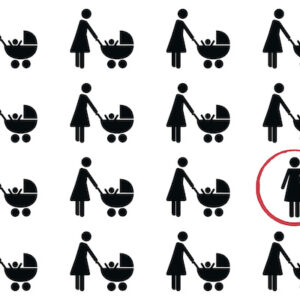 When I went to see the new Bond film No Time to Die last year, I was surprised to find that Rami Malek’s character, the supervillain...
© LitHub
Back to top