The Crime Novels of Bogotá

Colombia's capital city has seen decades of trauma. It has also produced some of fiction's most powerful stories.

Bogotá, capital of Colombia and stunningly situated on a high plateau. A city of seven million people that come and go from the world’s most romantically named airport—El Dorado International. A political center, home to many universities, theaters, libraries and museums. A city that has recently transformed. In the 1990s Bogotá was one of the most dangerous cities in the world. In 1993 there were 4,352 murders—a phenomenally high rate of 81 per 100,000 of the population. The murder rate is now down to 17 per 100,000; a massive success but, by way of contrast, still high compared to New York’s 3.4 and London’s 1.2 per 100,000. The crazy high homicide rate was of course linked to the Columbian drug cartels—the Medellín and Cali, as well as drug kingpins such as Pablo Escobar.

So what do Bogotá’s crime writers choose to focus on?….

There are few harsher views of Bogotá life than Alan Grostephan’s Bogotá: A Novel (2013). Set in present-day Bogotá, Wilfredo decides to uproot his family from their small town controlled by local paramilitaries. They move in with relatives in a Bogotá slum wracked by deprivation, fear, and ceaseless violence. Just how poor people survive and why crime thrives in such conditions is the meat of the novel. Grostephan was raised in Minnesota but lived for a number of years in Bogotá, where he taught writing and theater studies in the giant city slum of Cazucá.

Bogotá is a city of contrasts—sprawling slums like Cazucá, populated largely by villagers fleeing paramilitary violence in the interior of the country, contrasted to wealthy gated communities of smart shops, expensive restaurants, chauffeur driven cars and bodyguards. In Ingrid Rojas Contreras’s Fruit of the Drunken Tree (2018) seven-year-old Chula lives a carefree life in her gated community in Bogotá. However, just outside the tall gates is a world of kidnappings, car bombings, and assassinations in a city ruled over by Pablo Escobar. In contrast to Chula is Petrona, a live-in-maid from a guerrilla-occupied slum. As both try to understand each other they become dragged in to a world of crime and secrets. Also focused on the wealthier end of Bogotá society is Melba Escobar’s House of Beauty (2019), a bestseller in Colombia. The House of Beauty of the title is a high-end beauty salon in Bogotá’s exclusive Zona Rosa. Karen learns all her elite customers’ secrets—their affairs, their husband’s (dodgy) businesses, their secret trips to Miami by private jet. Then one of her customers is found dead and Karen was the last person to see her alive.

Laura Restrepo’s Delirium (2008) is about how the pressures of life in Bogotá can take a terrible toll on the city’s residents. Aguliar returns home after a business trip to discover that his wife has had a mental breakdown. He wants to save her but to do so must investigate her shadowy past which involves a former lover, flamboyant drug-trafficker and a troubled childhood. Aguilar must dive deep into Colombia’s criminally intertwined history of money, power and corruption. Bogotá resident Restrepo is a prolific author in Spanish, yet only a few of her novels have been translated into English. We do have The Dark Bride (2003) in English, which mixes myth and magical realism, and features Colombian prostitutes and the men of the oil fields who patronize them. There is also Hot Sur (2015) which follows a young Colombian woman’s migration to the United States where her American dream becomes a nightmare as she is accused of murdering her husband and sentenced to life behind bars. Finally, Restrepo’s excellent novel inspired by a true crime, The Divine Boys (2019), is available in English. Five privileged young men in Bogotá have a shared code: they worship drugs and drink, exploit women, and scorn the city’s underclass. When a little girl from the slums disappears their shared codes make them suspects. In Colombia the novel was seen as a searing indictment of Bogotá’s class and gender divisions.

Santiago Gamboa’s wide ranging novel Night Prayers (2016) follows a Colombian student sent to study in Bangkok, Thailand, to get him away from the drug and violence-infested streets of Bogotá. His sister Juana, who in Bogotá will do anything to ensure her brother is spared the violence of the city, feels betrayed when her brother is arrested in Bangkok and accused of drug trafficking. The novel’s rhythmic, driving style has been compared to both Roberto Bolaño and Gabriel García Márquez. Night Prayers, a highly literary crime novel, certainly doesn’t offer a rose tinted view of the Bogotá streets or the underbelly of Bangkok’s Red Light District.

Though not seen primarily as a crime writer, it’s worth noting the Bogotá-born author Juan Gabriel Vasquez. Vasquez has spent years living and working outside of his native Colombia—in Paris and then in Barcelona, as an editor at Lateral, an independent Spanish literary magazine, with various stints as a writer in residence in various other countries. Crimes often feature in Vasquez’s navels.

The Informers (2004) is a particularly dark and disturbing take on the corruption rife in Colombia in the latter half of the twentieth century. When Gabriel Santoro writes a book about the life of long-time family friend Sara Guterman, a Jewish German immigrant who escaped to Colombia during the 1930s, he discovers a secret involving his own father’s past. The novel roams from the streets of 1940s Bogotá to 1990s Medellín. In The Sound of Things Falling (2011) Antonio Yammara in Bogotá reads an article about a hippo that escaped from a derelict zoo once owned by Pablo Escobar. The article transports Antonio back to when the war between Escobar’s Medellín cartel and government forces played out violently in Bogotá’s streets and in the skies above. Back then, Antonio witnessed a friend’s murder, an event that haunts him still. As he investigates, Yammara goes back in his memory to the 1960s and a Bogotá before narco-trafficking disastrously changed the city.

And lastly Vasquez’s The Shape of the Ruins (2015) where a man is arrested at a museum for attempting to steal the bullet-ridden suit of a murdered Colombian politician. However this odd theft leads to the unravelling of a mass of Bogotá’s popular conspiracy theories, assassinations, and historically unsolved murders from the city’s dark past.

Bogotá is once again at a crossroads. The Lonely Planet travel guide emphasizes the city’s cosmopolitanism; the new hipster bars and restaurants of La Candelaria, the city’s cobbled historic downtown. Yet, at the end of 2019, the city was rocked by anti-government protests, police firing teargas, and a curfew. Bogotá, and by extent Colombia, remains politically and socially troubled and its recent history of cartels and violence never feels far away. Bogotá’s crime writers, and more literary authors such as Juan Gabriel Vasquez, continue to look at the past divisions and schisms in Colombian society to shed light on the events of right now.

All the Pretty Things 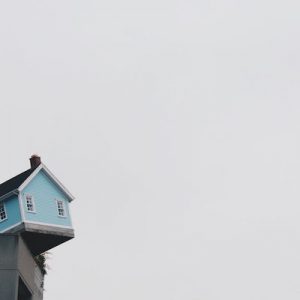 A killer is active in America.  He is prolific. Numbingly so. He roams across state lines, strikes in small towns and big cities....
© LitHub
Back to top