Montreal Crime Fiction Isn't What You Expect...Except for the Snow

Montreal: all Québécois charm, snow and decent healthcare? Well, yes, but there’s also the underbelly, or should we say the monde souterrain criminel, of Quebec to consider. You only have to click on Netflix to see Bad Blood, the story of the real-life Rizzuto crime family and the Montreal mafia. The show (sort of Narcos in the snow) was based on the 2015 book Business or Blood: Mafia Boss Vito Rizzuto’s Last War by Antonio Nicaso and Peter Edwards. Be warned it’s a high body count on the city’s slushy streets of Italian, Irish, Haitian, and biker gangs, all of whom consider Montreal worth fighting and killing over.

American crime writer and forensic anthropologist Kathy Reichs worked for the Laboratoire des Sciences Judiciaires et de Médecine Légale in Montreal before becoming the Queen of Quebec Crime. Reichs’s Dr. Temperance Brennan may be based in Washington D.C. in the TV series Bones, but Reichs’s original books have her firmly north of the border as Director of Forensic Anthropology for the Canadian Province of Quebec. The series starts with Déjà Dead (1997) and an unidentified murdered woman found on the streets of Montreal. There are now twenty books in the Temperance Brennan series, up to and including the most recent, A Conspiracy of Bones (2018). With so many to choose from it’s hard to pick the best to get a sense of Brennan’s Montreal. Local Montrealers have particularly recommended to me Death du Jour (1999), which apparently exactly replicates a freezing and bitter Montreal winter, and Monday Mourning (2004), which starts with three dead bodies in a city pizza parlor.

In the Montreal-set crime novel sales-stakes Toronto-born Louise Penny must run Kathy Reichs a close second. Penny’s Francophone Chief Inspector Gamache of the Sûreté du Québec homicide department are light gothic procedurals; cozies with Canadian characteristics in the Agatha Christie style. Still Life (2005) was the first Gamache novel and won Penny a Dagger, a Dilys, an Anthony, a Barry, and an Arthur Ellis award! There are now fifteen Gamache books (and they all still regularly scoop up awards) with the most recent being Kingdom of the Blind (2018). The majority of the Chief Inspector Gamache mysteries actually take place in the “Townships” (or the “Cantons”) in rural Quebec just outside Montreal. There’s a lot of snow.

More Montreal city-based is John Farrow’s Detective Émile Cinq-Mars, a brilliant logician and an eccentric policeman, who debuted in City of Ice (1999). That book was a bestseller worldwide and ensured publishers would demand more from the detective. Farrow is the nom-de-plume of Quebec-born Trevor Ferguson and the Émile Cinq-Mars series—described as “the Hercule Poirot of Canada”—now runs to half a dozen books. Particularly good is the Storm Murders Trilogy—The Storm Murders (2015), Seven Days Dead (2016) and Perish the Day (2017), where the weather is always terrible and, though Detective Émile Cinq-Mars occasionally strays from Montreal, he never gets any less Québécois.

And, as ever, one final and special recommendation—David Montrose’s The Crime on Cote des Neiges (1951). Russell Teed is a hard drinking Montreal P.I. who featured in a couple of books by Canadian-born Montrose in the 1950s. Kudos to Montreal’s Véhicule Press, and their Ricochet crime series, for republishing the novel (and several others by Montrose). Probably Canada’s best exponent of domestic-set noir, Montrose was the pen name of Charles Ross Graham (1920-1968), born in New Brunswick, raised in Nova Scotia, but spending most of his adult life in Montreal where he eked out a living writing and teaching. Crime on Cote des Neiges (a Montreal district) is certainly noir Montreal style—here’s the original 1951 blurb:

“There were two blondes and a brunette. One of them had killed John Sark. Detective Sergeant Framboise thought it was Inez Sark. Inez had left her parents’ thirty-five room shack in Westmount to marry John Sark, the biggest bootlegger Montreal had ever known. That, said Framboise, was in itself motive enough. But Russell Teed knew that there was an earlier Mrs. Sark who had an even better motive. East Side, West side, all over town Russ chased clues, trying to keep the gorgeous Inez out of jail. If he had to shoot up a couple of characters and bust up a drug ring in his search to lay bare Sark’s lovelife, well, that was all part of the service of Russell Teed Investigations.”

Who could resist that pitch?

And so a last thought before departing Montreal; on the role of weather in Quebec-set crime fiction. If you don’t like snow; if you’re the sort of person who catches a cold just reading about snow and cold weather then maybe Montreal is not the crime city for you. I’d recommend reading my column on Phoenix, Cairo, Singapore or Marseille. A great percentage of Montreal crime novels take place in the snow, it’s nearly always somewhere south of freezing, and everybody layers up all the time. At times I was almost ready to put my Montreal reading aside and warm up with a relatively hot Scandi-noir! Apparently Montreal-set crime novels sell very well in Russian translation—must be the snow and the cold thing. Montreal—keep warm out there people! 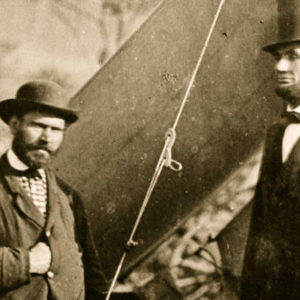 Excerpted from Freedom's Detective, by Charles Lane (Hanover Square) —“You will all be blown to hell in short order.” The...
© LitHub
Back to top