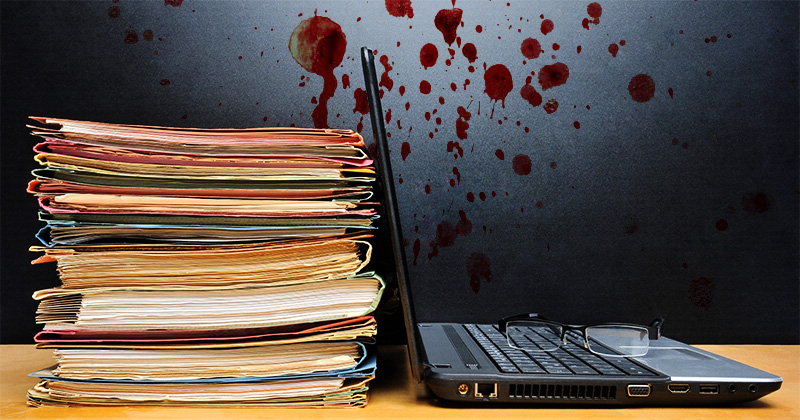 On Beth Klingensmith and "The 1910's Ax Murders"

Most research papers are written for education, not posterity. They linger awhile in an overstuffed bottom desk drawer, on a shared drive with a password that changes every 90 days, or attached to a sent email in an extinct file format; the double-spaced pages are forgotten, perhaps half remembered decades later when the former student finds themselves in a conversation on the topic.

When Beth Klingensmith wrote “The 1910’s Ax Murders: An overview of the crimes and the McClaughry theory” for Professor Schneider’s graduate level history seminar at Emporia State University, she assumed it would be one of those neglected things. But more than a decade after she turned it in, her work is foundational to understanding the story of one of the most famous unsolved crimes in American history. And without her, my dad (baseball man Bill James) and I would not have been able to write the book revealing who we think did it: The Man From The Train: The Solving Of A Century-Old Serial Killer Mystery.

Klingensmith’s interest in the case came not from a desire to solve an unsolvable crime, but to illuminate a family mystery. The Villisca axe murders occurred in June 1912, when the family of J.B. Moore and two visiting daughters from the Stillinger family were murdered with the back of an axe in the middle of the night. Debate over who committed the act—Moore’s brother, a creepy preacher, and Henry Lee Moore were the top suspects—tore the town apart for a decade thereafter, in a drama that outlasted the first World War.

My dad became interested in writing about the case after seeing a cable program about Villisca while on the treadmill. When he offered me a job as his research assistant in November 2012, he gave me a test. He sent me the first chapter of his book about the murder of the Meadows and Justice family in Hurley, VA—not too far from where I lived in Roanoke, VA at the time—and asked me to read it carefully and to see if I could find another crime similar to the events in Hurley. It was not difficult to make the connection to Villisca, because if you search “axe murders”, Google immediately suggests it. After reading the Wikipedia entry, I scrolled through the other search results—mostly blogs with WordPress designs that I recognized as home sewn—until I came to a story in the Smithsonian. Amongst this reliable source’s citations was a 40-page academic paper by a woman named Beth Klingensmith, hosted on her personal website alongside years of Christmas card letters. When I sent the paper to my dad, he told me that he could recite it from memory.

Unlike me and both my parents and half of my friends, Beth doesn’t consider herself a writer, a point she stressed several times during our conversation at my first solo signing, a Barnes and Noble event attended by exactly one person, and later at a Mexican restaurant in her hometown of Colorado Springs (which was also the site of the Man’s double event, in September 1911). She does think of herself as a genealogist, a hobby she’s kept up since the 1980s. Genealogy sharpened her research skills like the blade of an axe.

“Every good genealogist writes off and gets death certificates, ’cause I want to see what’s coming for me,” she said. “I found my great great great grandmother’s death date, and I wrote off to the state of Missouri and sent my seven bucks and waited 10 weeks.” When she got the certificate, she looked for a genetic cause of death to watch out for, but it wasn’t there. “It said, ‘blow to head with axe,’ and I thought, that’s not genetic.” On a trip up to her native Michigan, she stopped in the city of the crime, Columbia, Missouri, to look up old newspapers on microfiche. “Turns out, she was killed by her grandson Henry Lee Moore, so it was genetic!” Beth’s own grandmother, who was around 6 at the time, had never mentioned it before, but when Beth told her, “she looked up at me and said, ‘oh, I knew that!'”

The advent of the Internet soon after her discovery made research much more accessible than microfiche machines, and she took to regularly googling Henry Lee Moore. Soon enough, Villisca came up, especially after the 2004 film Villisca: Living With Mystery. Beth believes that Moore killed her grandmother, but she didn’t believe he was responsible for the Villisca horrors. The Villisca murders were without motive, as Moore had no connection to the family; by contrast, his murder of his grandmother was deeply personal and messy, without the striking efficiency of the Iowa horrors. She wasn’t interested in clearing Moore’s name, exactly—especially since she believes that he IS a murderer. She just thinks that he didn’t do those particular murders.

Beth’s job as a computer programmer at the state correctional department provided her with the opportunity to pursue a higher education for free, and so she began taking classes towards a Master’s in Library Science at Emporia State University (which would later make me think she was a Kansan like me). She took an online history class as an elective where “the entire thing was to write a 35-to-40 page paper on anything you want in the 20th century.”

“The 1910’s Ax Murders” was a lot bigger than just Henry Lee Moore and Villisca. The paper traces the theory of a Department of Justice agent named Matthew McClaughry. McClaughry had the vital insight (shared by the press at the time and then forgotten in the trials that followed) that Villisca was not an isolated incident, but that it involved at least six other events. Beth’s article follows his theory of the crimes, giving context on the culture of the small towns, 1910s law enforcement, and media involvement, but goes beyond the McClaughry theory to include crimes in the Pacific Northwest that were previously forgotten. Her first draft was 65 pages, cut down to 30 to meet her professor’s standards. As is expected in a college paper, she leaves the first person—her family connection—completely out of it.

Beth got an A. Emporia State posted it to the student server, and she occasionally received emails about it from interested parties. When Emporia took the paper down, “The 1910’s Ax Murders” found a way to survive. Every so often she would google herself, as most of us do sometimes, and one day the Smithsonian popped up. It was a total surprise; the author of the article hadn’t emailed her before publication, just found the paper on Google Docs and shared it with a much wider audience.

Though the book my dad and I wrote about the ax murders took five years to write, we too waited to contact Beth until last month. We were focused on our own research, which was built on hers but not based on it; soon after I found her paper, I began to find more and more and more crimes by looking beyond 1911 and 1912 and using a more expansive and expensive database than she had access to in 2006. She already knew of Dad—Beth is a huge sports fan who read his Historical Abstracts in the eighties—but she had no idea about the book. “I was floored,” she said.

Thankfully, she didn’t hate it. “Loved it. Very compelling arguments and at the very least is an encyclopedia of the family axe murderers during the timeframe,” she wrote in an e-mail. But she also had some issues, describing our conclusion as “well-researched conjecture” (fair) and complaining about the lack of graphs and maps (I wanted more maps too!). Most puzzling to her was our omission of the crime that interested her in the first place: the murder of her great-great-great-grandmother. She was worried that she had blamed Moore for the murder of their common ancestor when it was actually a serial killer. “I was waiting, waiting, because I thought it might come at the end, and it wasn’t in the book!” In her paper, Beth identified 14 indicators of crimes by the man who did Villisca; our book added another 20. The answer was that she was just right: Moore killed her great-great-grandma, but the crime was obviously distinct from the others: it was committed in the daytime, in a bigger town, and there was a likely suspect.

Late in our conversation, we talked about ordinary people whose names survive in our book because of their tangential involvement in a tragedy. (My favorite of these? Mrs. Texas Buttersworth.) My recorder was off, but we were on the record when Beth told me that she was one of them now, that it meant something that her name was in this book and not just floating around the Internet. I remembered feeling the same way when my dad dedicated a book to me when I was eight: “To Rachel McCarthy James, who is a big girl now and can read books with no pictures.” It was the first time I saw my full name, not just “Rachel James,” and recognized it as myself. When I went to libraries and bookstores, I would find it and trace it with my finger, thinking that it made me real.

Beth, my dad, and I all came to the story of the man who murdered families in the early 20th century for different reasons. Beth was researching her family; Dad was following his long-held interest in true crime; and I basically needed a job. But there’s a thread that connects us all: an interest in the forgotten. True crime stories fade easily into myth, hanging like bloody framed artwork on bent nails of truth while covering the facts of the wall from the sun. When you take it down decades later, there’s a bright spot easy to see. While memories of these murders have passed on, as all things do when they die, the record of them has been slowly restored, by filmmakers focused on their hometown, a graduate student taking an elective, and a father and daughter who found more than they expected.

Bill James and Rachel McCarthy James’s The Man from the Train is available now from Scribner.

Rachel McCarthy James lives in Kansas. She has previously written for Broadly and Bitch Magazine. You can find her at @rmccarthyjames. 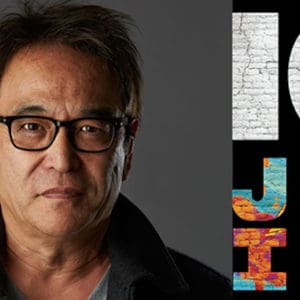 Joe Ide (pronounced EE-day) is a happy man. He told me this when I met him at the Edgar Awards last year, where his debut...
© LitHub
Back to top