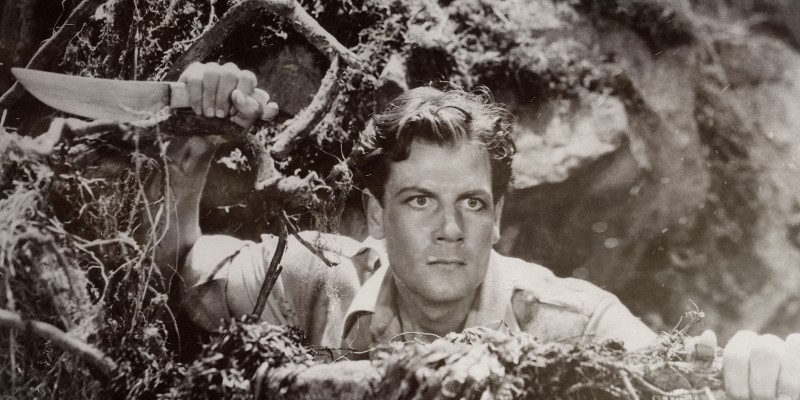 A political thriller author and former SEAL Team member reflects on the warrior's life and a classic short story.

I was, and remain, a student of war and of the hunt. Experiences in combat and in the backcountry helped shape me into the citizen, husband, father and writer I am today. The one has made me better at the other. I suspect it has always been this way. It is the feelings and emotions from those most primal of endeavors that form the foundation of Savage Son.

I was first introduced to Richard Connell’s masterpiece, “The Most Dangerous Game,” in junior high school. Connell, a veteran of World War I, published his most celebrated short story in Collier’s Weekly in 1924. Upon that initial reading, I was determined to one day write a modern thriller that paid tribute to this classic tale, exploring the dynamic between hunter and hunted.

Providing for and defending my family and country are hardwired into my DNA. Perhaps that is why “The Most Dangerous Game” resonated with me at such an early age, or maybe those primal impulses are in all of us, which is why Richard Connell’s narrative continues to endure almost a century after it was first published.

Fast-forward thirty years. As I prepared to leave the SEAL Teams, I laid out all my ideas for what was to become my first novel, The Terminal List. The plot for Savage Son was among several of the storylines I was contemplating as I decided how to introduce the world to James Reece.  For that first outing, I knew my protagonist was not yet ready for what I had in store. I needed to develop him through a journey, first of revenge and then of redemption, before I could explore the dark side of man through the medium of the modern political thriller. Is James Reece a warrior, a hunter, a killer? Perhaps all three?

Hunting and war are inexorably mixed. They share a common father. Death begets life, and in defense of oneself, one’s family, one’s tribe, or one’s country, killing is often a part of the equation. Throughout most of human history, defeating an enemy in battle led to the survival of the tribe and the continuation of the bloodline. The same tools developed to defeat rivals in combat are analogous to those used in the quest for sustenance. Similar tactics are used to hunt both man and beast. Those who picked up a spear to defend the tribe were the same ones who used that spear to provide food for their families. The reason each and every one of us is alive today is the martial prowess and hunting abilities of our ancestors.

Much like the hunter, deep in the backcountry, often thinks of his family by the hearth, so too the warrior on the distant battlefield longs for a homecoming.Similarly, when they return home, the hunter dreams of going back to the woods, just as the warrior yearns for battle. Is it the guilt of no longer being in the fight? Not standing shoulder to shoulder with brothers in arms? Or is it missing the sense of belonging that only comes from being part of a team that has spilt blood in war?Or is it something darker? Is it because of the kill? Is it because that is the only place one can truly feel alive? Martin Sheen’s line from Apocalypse Now, the movie my BUD/S class watched before going into Hell Week, rings true for those who have answered the call: “When I was here, I wanted to be there. When I was there, all I could think of was getting back into the jungle.” Warriors can relate.

On the battlefield, I witnessed the best and worst of humanity. I have been the hunter, building target packages and developing patterns of life on our targeted individuals, using disassociated human intelligence networks corroborated by technical means to ensure we were taking the right player off the board before launching on a mission to capture or kill them. And, I have been the hunted, caught in an ambush in the Al-Rashid District of Baghdad at the height of the war.

The Global War on Terror has ensured us ample practice, sharpening our skills in the hunting and killing of man. Direct action, special reconnaissance, counterinsurgency, unconventional warfare, foreign internal defense, hostage rescue, counterterrorism, and counterproliferation of weapons of mass destruction are all crucial special operations mission sets, but it is manhunting that has become a primary focus of our operators and intelligence agencies over the past thirty years; Manuel Noriega, Mohamed Farrah Aidid, Ramzi Yousef, Khalid Sheikh Mohammed, Saddam Hussein, Osama bin Laden, Abu Musab al-Zarqawi, Ayman al-Zawahiri, Mullah Omar, Abu Bakr al-Baghdadi, to say nothing of the less well known HVIs targeted and killed or captured over the years. At the time of this writing, Ayman al-Zawahiri remains at large but rest assured there are teams of men and women actively hunting him down. It is a specialty in which we have become quite proficient

My time in combat was but one chapter in my life. I am now an author. Though I’ve passed the torch to the next generation, my time in uniform will always be a part of me; those memories, lessons and reflections are now finding their way into the pages of my novels.

One of the most intriguing passages in “The Most Dangerous Game” is this exchange between the protagonist, Sanger Rainsford, and the antagonist, General Zaroff, where the central theme of the narrative is revealed:

“I wanted the ideal animal to hunt,” explained the general. “So I said, ‘What are the attributes of an ideal quarry?’ And the answer was, of course, ‘It must have courage, cunning, and, above all, it must be able to reason.’”

“But no animal can reason,” objected Rainsford.

“My dear fellow,” said the general, “there is one that can.”

Savage Son explores the darkest impulses of the human psyche. Do they live in all of us, repressed by the comforts and technology of the day? Have we advanced beyond those more primal instincts and if so, who will provide for and defend the tribe? Civilized society tends to keep warriors at arms-length, only turning to them in times of national emergency. Break glass in case of war.

We’ve been hunters and warriors for the majority of our existence. Only recently have we evolved, or possibly regressed, into beings with no connection to the land or the wild animals that inhabit it, while also outsourcing our duty to defend our families and our country Whether this is a “progression” for our species remains to be seen.

Will there come a day when our survival depends on those primordial abilities? I suspect so. It might not be tomorrow or the day after, but then again, it might.

In either case, we would be wise to be ready, but right now, it’s time to pour a drink and enjoy a good read. 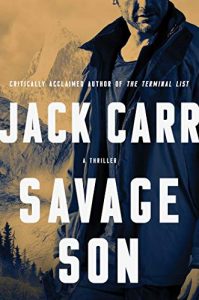 Jack Carr is an author and former Navy SEAL sniper. He lives with his wife and three children in Park City, Utah. He is the author of The Terminal List, True Believer, and Savage Son. Visit him at OfficialJackCarr.com and follow along on Instagram, Twitter, and Facebook at @JackCarrUSA. 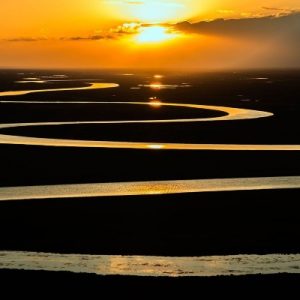 If you’ve written a book in the crime genre, high praise, when it arrives at all, tends to arrive as “a page-turner”...
© LitHub
Back to top