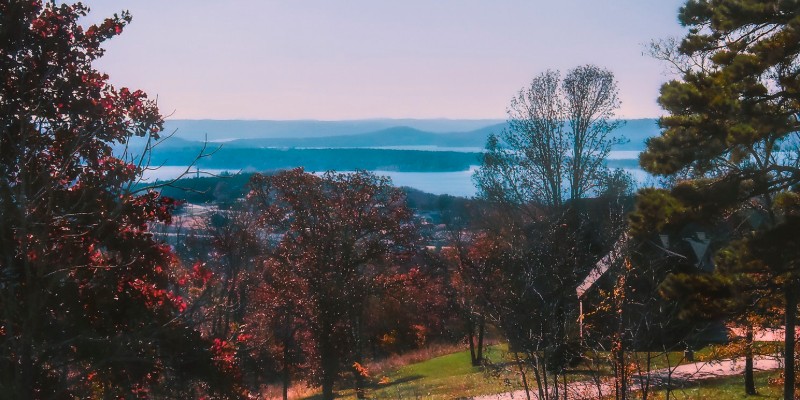 In rural crime fiction, families are bound together like chain gangs.

When I first started reading crime fiction as a teenager, I loved the stuff that took place in a world far away from the Ozark mountains where I was growing up. I was drawn to the big city detectives, those iconic private eyes who all seemed to have their own territories, like superheroes. While Batman had Gotham City and Superman had Metropolis, Sam Spade had San Francisco, Philip Marlowe had LA, and Mike Hammer had New York. At the time I was a backcountry kid, living miles away from the nearest town, so these stories gave me some of my first glimpses of city living. My favorite was Robert B. Parker’s stalwart hero Spenser, the poetry-quoting ex-boxer who worked in Boston. For me, Boston will always be Spenser’s town. When I started writing my own fiction, my ambition was to be the Arkansas Robert B. Parker.

I should have known better. First of all, I should have known I was never going to write hardboiled stories about a virtuous two-fisted crimefighter. My vision runs a little darker, a little more twisted. Part of this comes from a childhood spent in rural fundamentalist churches. I had hellfire preached at me every week for the first eighteen years of my life, and although I stopped going to church a long time ago, one message did stick with me: everyone is a sinner.

The other reason I was never going to write those kind of big city detective stories is that, as a writer, I’m just naturally drawn more toward the country. And this isn’t a matter of taking that old advice to “write what you know.” Since I left home twenty-something years ago, I’ve been a city dweller, from Little Rock to Washington DC to my current home of Chicago. But for some reason when I write, I’m drawn back to the country.

My new novel Dry County takes place in Van Buren County, Arkansas, the same county where I grew up. Like all fiction, my portrayal of the place is an interpretation rather than a facsimile. This is what fiction writers do. We’re not photographers who snap photorealistic pictures of people or places. We’re more like painters who filter people or places through our own idiosyncratic prism of passion and prejudice. What comes out the other end is our vision of the world.

The first writer who taught me you could write about the country was Flannery O’Connor. She was my first major literary influence outside the world of the Hammetts, Chandlers, and Parkers. I came to her via her most well-known story, “A Good Man is Hard to Find.” The story of a violent backwoods confrontation between a vacationing family and an escaped convict called The Misfit, “A Good Man is Hard to Find” was a revelation in more ways than one. It was my first exposure to Southern Gothic, that more refined Jesus-obsessed cousin of the Rural Noir which is a staple of English classes and creative writing workshops everywhere. A fundamentalist Catholic, O’Connor certainly never thought of herself as a crime writer, but she did believe that the spiritual crises of her characters were quite literally matters of life and death, so she liked to portray them in shockingly brutal ways.

As a student of the scripture, O’Connor understood the symbolic weight of the backcountry as a setting for these spiritual showdowns. Like almost all literature, both Southern Gothic and rural noir have their roots in the Bible. It’s all right there in Genesis. Jealous of his brother, Cain murders Abel in a field and buries his body. God confronts Cain, asking him the whereabouts of his brother. Cain’s famous response, “Am I my brother’s keeper?” prompts an extraordinary exclamation from the Lord, revealing the Almighty’s bafflement at his own creation. “What hast thou done?” the Lord responds. “Thy brother’s blood crieth unto me from the ground.” For his crime, Cain is cursed, as are his descendants. So, it’s all here: the murder in isolation, the disposal of the body, the alibi, the final exposure of the killer, and the enduring impact of his crime.

In the Cain and Abel story we can also find the roots of the backcountry noir’s most resonant theme: the burden of kinship. More frequently than its urban counterpart, backcountry noir locates its stories in the tangled, and sometimes downright twisted, dynamics of family. For one thing, the protagonist in a backcountry noir is more likely to have a family in the first place. Whereas the city-based noir is often made up of loners, in the noir countryside, characters are often bound to their families like prisoners on a chain gang. In Davis Grubb’s 1953 The Night of the Hunter, for instance, two young children in West Virginia are orphaned when their father goes to the gallows for murder and their mother is killed by their stepfather, a religious nutjob named Harry Powell. The novel’s power comes from the simmering grotesquery of Grubb’s vision (like the fact that Powell has LOVE and HATE tattooed on his knuckles), and from the central insight that familial obligation is largely a matter of children being made to pay for the sins of their parents.

Whereas the city-based noir is often made up of loners, in the noir countryside, characters are often bound to their families like prisoners on a chain gang.

We find another backwoods patriarch bequeathing misery to his children in the greatest backcounty noir of them all, Daniel Woodrell’s Winter’s Bone. Woodrell’s novel tells the story of a pine knot-tough teenager named Ree Dolly trying to find her missing drug dealer father in the Ozarks of southern Missouri and northern Arkansas. With echoes of William Faulkner’s tortured families—particularly the Sutpen clan in Absalom, Absalom!—Woodrell shows us how the deeds of the (unseen) father echo down through the years, condemning his children to hardship. The novel deftly explores the crushing weight of poverty and, in the formidable figure of Ree Dolly, showcases the kind of marrow-deep grit required for a young woman to navigate a world of drugs and deception, a world founded on reflexive misogyny and trigger-quick violence.

Reflecting back on the literary roots of the backcountry noir only reminds me of why I was never going to be the Arkansas Robert B. Parker. Like many writers before me, I’ve been shaped by the culture and the religion of the place I come from. Like them, I know that out there in the woods, when the sun goes down, things get dark. 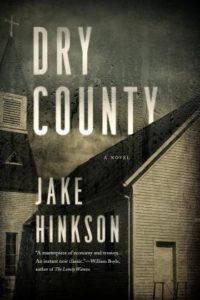 Jake Hinkson received an MFA in Creative Writing from UNC-Wilmington. His novel Hell on Church Street was awarded the French Prix Mystère de la Critique in 2016, and No Tomorrow was awarded the Grand Prix des Littératures Policières in 2018. He now lives in Chicago, where he teaches creative writing at the Chicago Academy for the Arts. His latest novel is Dry County.

Living Your Life One Sherlock Holmes Quote at a Time 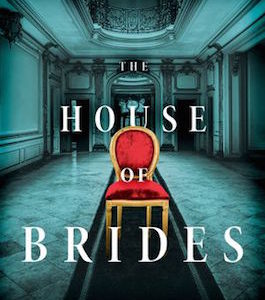 “Have you been in this part of the country before?” the taxi driver asked as we approached Barnsley for the first time....
© LitHub
Back to top