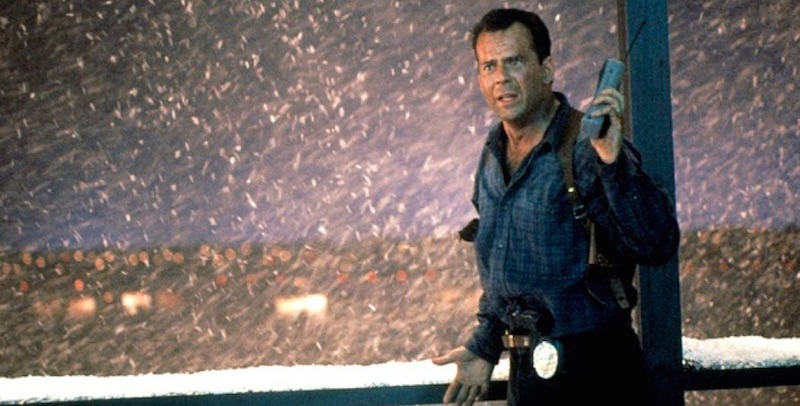 Throughout the past few years at CrimeReads, we’ve had fun assembling multiple lists of crime movies that you may have forgotten take place during Christmas, because “Christmas” is not necessarily the most salient or memorable aspect of the story, or maybe because it is the most salient or memorable part of the story, but the movie itself is obscure. Those ten thrillers, and then ten more crime films, and then another ten more on top of those, and then yet another ten more on top of those, likely use their Christmastime setting as a thematic contrast for the villainy at work, or feature some holiday stuff during a scene or two for important symbolic effect. But this year, we wanted to do a quick roundup of the crime movies you can’t help but remember take place at Christmas, probably because they’re very overtly about both crime and Christmas. In fact, these are the movies you probably hear about all the time.

Just a note: this isn’t a list evaluating whether or not these films are bona-fide “Christmas movies”—just an innocent roundup of some of the foundational texts at the “Christmas” + “crime” crossroads.

So… here they are, the obvious ones. Keep the change, you filthy animal. 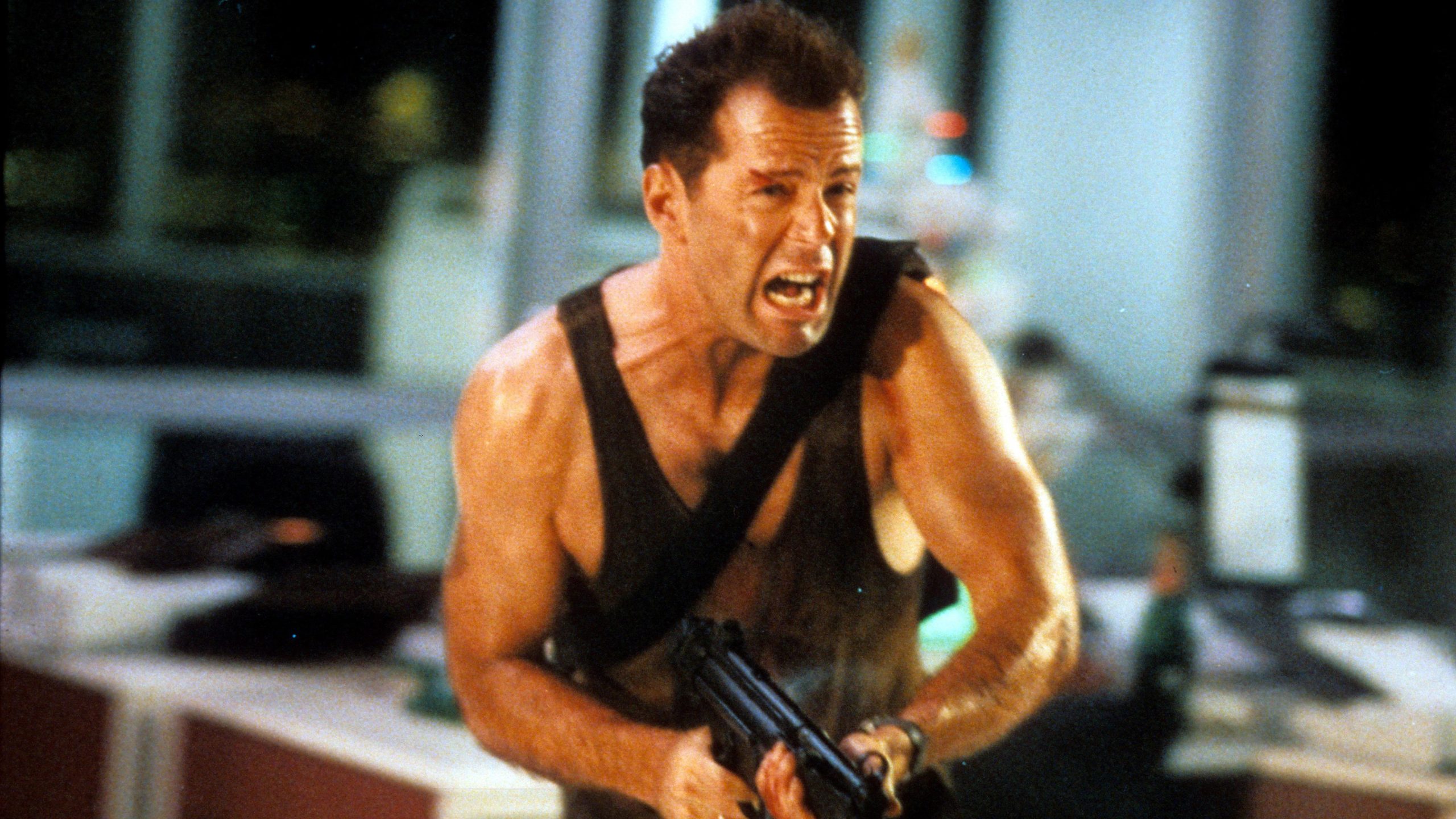 We’re starting with the big one. It’s Christmas Eve and divorced NYPD cop John McClaine (Bruce Willis) is in Los Angeles, trying to win back his ex-wife and reunite his family. But when German terrorists, led by the sinister Hans Gruber (Alan Rickman), attack Nakatomi Plaza, the building where his wife is attending her office’s Christmas party, it’s up to him to save the (holi)day. 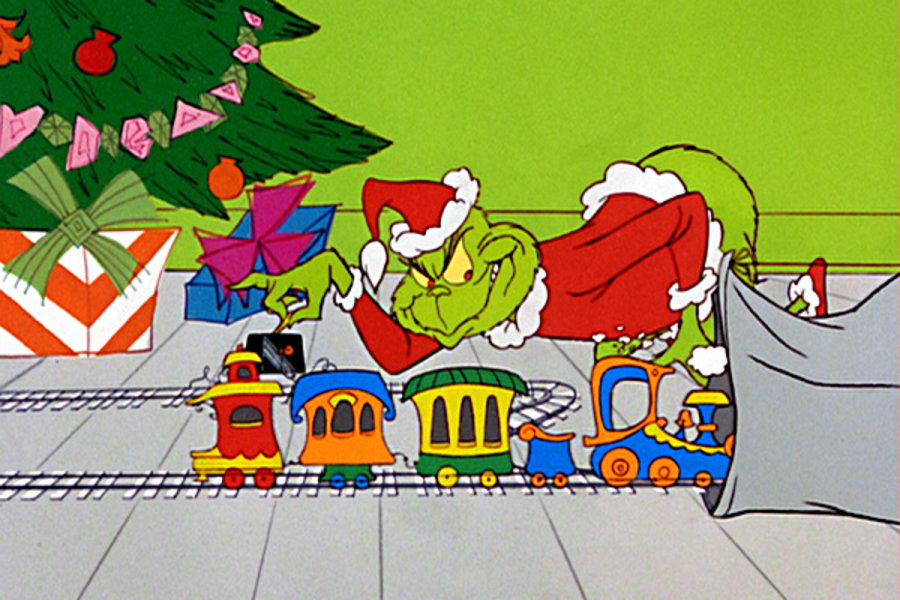 This classic half-hour animated adaptation of Dr. Seuss’s classic Christmastime fable of the same name, was written by Seuss and directed by Looney Toons impresario Chuck Jones. Boris Karloff narrates the misadventures of (and provides the voiceover for) the cantankerous grouse known to us as “the Grinch,” whose hatred of the merry Who villagers and their cacophonous, materialistic Christmas celebration leads him to impersonate Santa Claus, sneak into the town by night, and steal everyone’s presents in an attempt to sabotage their celebrations. But how they react to his burglary will catch him by surprise. I’m bot bothering to list the 2000 Jim Carrey live-action one or the 2018 Benedict Cumberbatch CGI one because I like to pretend they do not exist. 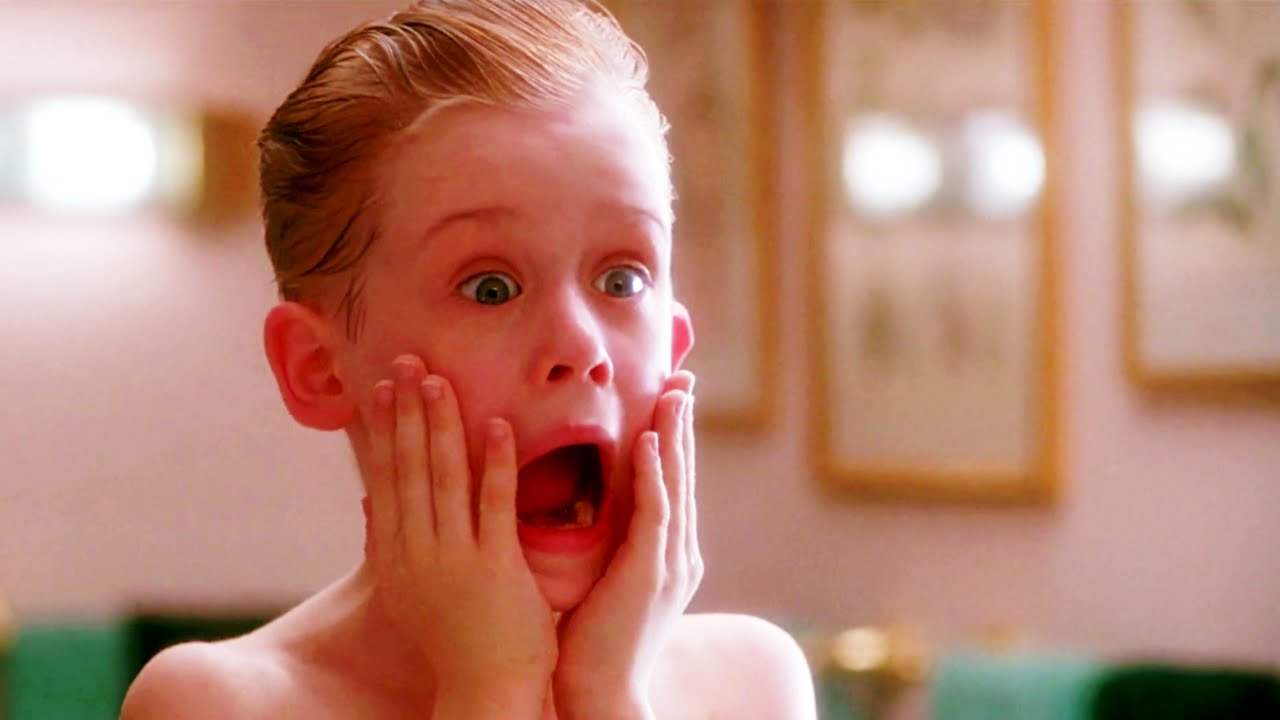 I love Home Alone, a movie which needs no introduction, about a conniving second-grader (Macaulay Culkin) who gets the better of two thieves (Joe Pesci and Daniel Stern, “the Wet Bandits”) attempting to burglarize the Winnetka, Illinois home where he lives—alone, since his large family went on a holiday vacation to France and accidentally left him behind. I don’t know what this says about me, but its slapstick hi-jinks make me laugh so hard. That and an ad-libbing John Candy as the Polka King of the Midwest. 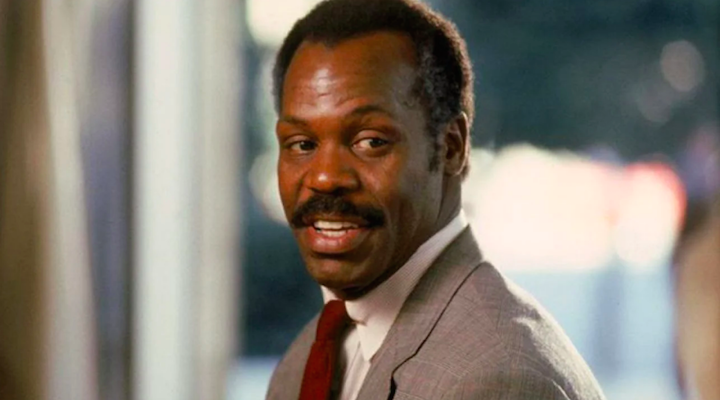 A vigorous odd-couple action movie that seems to grow more unlikable as time goes on for its tacit endorsement of both police brutality and Mel Gibson, it is about two polar-opposite cops, Riggs and Murtaugh, who are thrown together in the investigation into tragic murder of Murtaugh’s old Army buddy’s daughter. Gibson is Martin Riggs, a former Green Beret who has become suicidal after the death of his wife, as well as extremely aggressive (beating up suspects and whatnot). Reassigned because of this proclivity, he is paired with Murtaugh (Danny Glover), a middle-aged veteran cop, and they work on the case, butting heads with one another and shooting people all over the place, but ultimately having each other’s backs in the end. It’s heavy-handedly about “family,” which is underscored by the Christmassy stuff, but if you’re into that stuff, you can just skip it and watch Home Alone again. In my opinion. 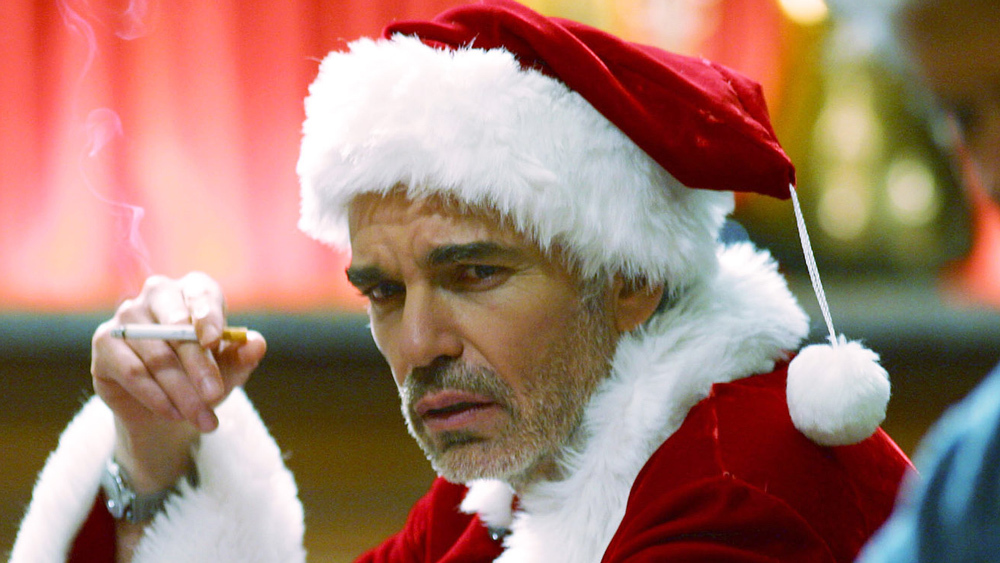 Billy Bob Thornton plays a mean, drunken, sex-addicted con-man and thief named Willie who works as a department store Santa every year to ultimately rob the joint, in this movie I had never seen before, directed by Terry Zwigoff. Helped by his assistant Marcus (Tony Cox), who plays his elf, his immoral ways and criminal plans are ultimately thwarted by a conservative department store manager (John Ritter), a suspicious mall detective (Bernie Mac), an attractive bartender with a Santa fetish (Lauren Graham), and a kid who for some reason thinks he’s the real Santa Claus. 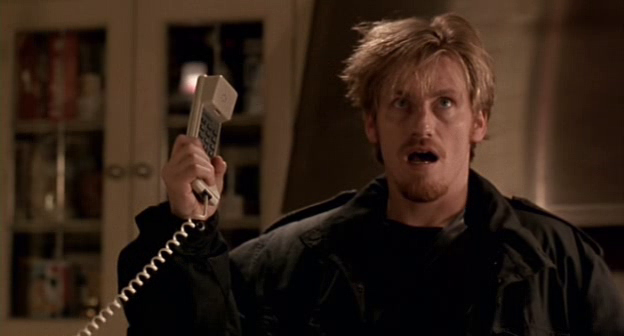 Dennis Leary plays a thief named Gus who winds up taking an aggrieved, quarreling couple hostage in their home on Christmas Eve even while more and more relatives come over for the holiday celebration. Directed by Jonathan Demme’s nephew, this film, like all solid tales of Stockholm Syndrome, makes the couple and the thief kind of become friends, with Gus ultimately helping the family discover the true meaning of Christmas, or something. The couple is played by Judy Davis and Kevin Spacey. I am not interested in watching (and find it fairly unable to watch) any films that feature Kevin Spacey, so I’m not necessarily recommending this one. I’m just saying: it exists. 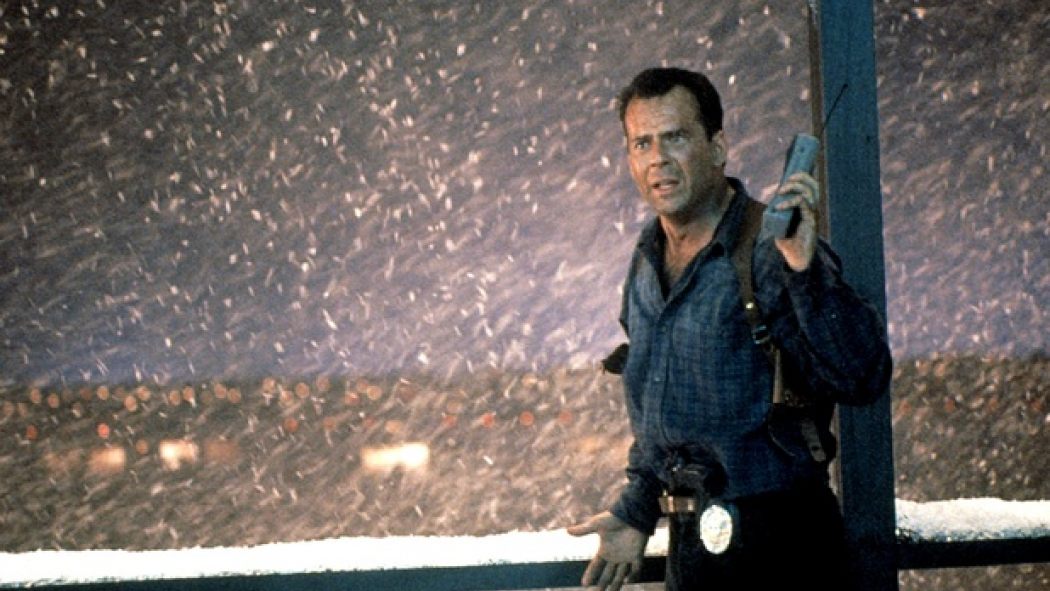 It’s Christmas Eve, two years after the events of the first Die Hard, and John McClaine is waiting for his no-longer-estranged wife Holly to land at Dulles airport in Washington D.C. when, incredibly, the airport is overtaken by domestic terrorists—army operatives gone rogue. With planes now not able to land, using up all their fuel to fly in circles overhead, the terrorists promise to crash a plane every time their demands aren’t met. (Why are they doing this? They want to rescue a drug lord currently being extradited to the United States.) Anyway, they obviously don’t stand a chance with John McClaine in the terminal. Especially since he’s basically done this all once before? What ARE the odds? 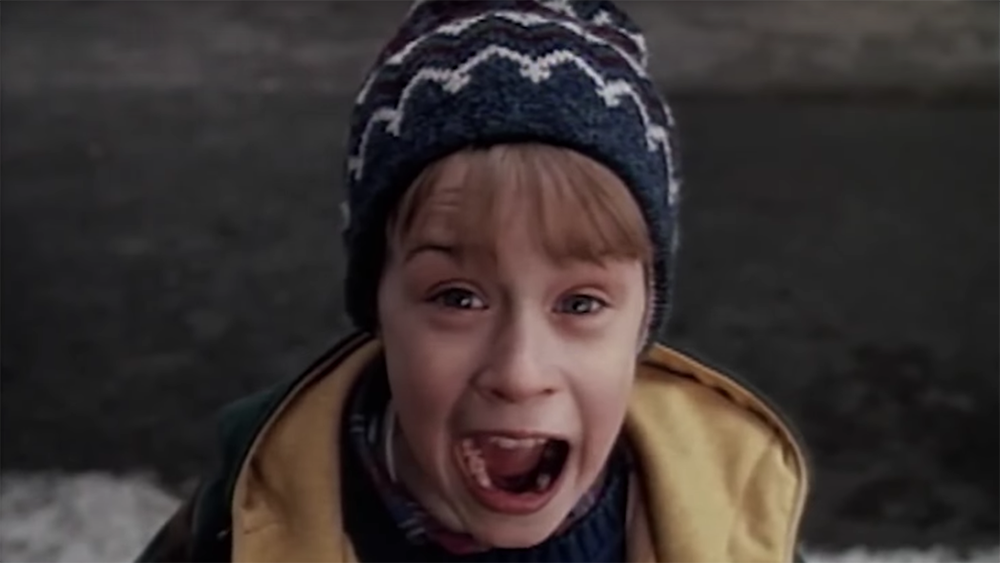 However implausible that the events of Home Alone would transpire yet again a few years later (see above post on Die Hard 2 but anyway), the movie leaves our hero Kevin McAllister (Macaulay Culkin) alone in New York City with the newly-excarcerated Wet Bandits (Joe Pesci and Daniel Stern) on the loose, in town, and out for revenge. The best part about this movie is the knockoff-FAO Schwarz setting/the worst part is that, while staying alone at the Plaza Hotel, Kevin bumps into Donald Trump. 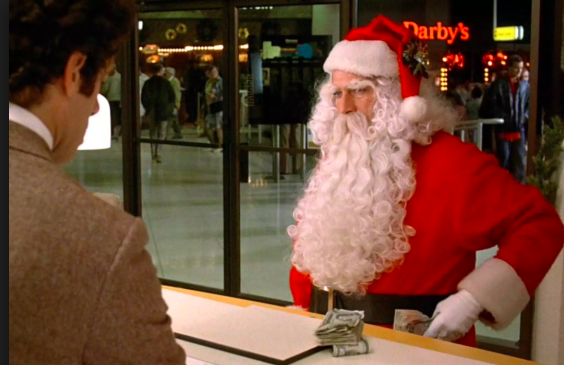 In the fabulous, gritty neo-noir The Silent Partner, Elliott Gould plays a bank teller who figures out that the bank where he works is going to be robbed. He even figures out who’s going to commit the crime: “the Santa Claus Thief” (an incredible Christopher Plummer), a shifty department-store Santa impersonator. He decides to make this work for him, stealing money himself in advance of the heist, to pretend it was taken in the holdup. But the Santa Claus Thief turns out to be a clever psychopath. And he won’t rest until he gets what’s coming to him. 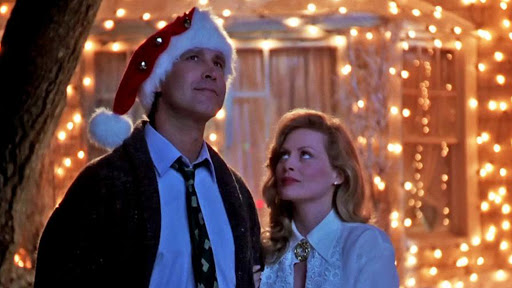 If you’re in doubt about how much National Lampoon’s Christmas Vacation, a film about the hapless Griswold family attempting to celebrate Christmas to the fullest, is a crime movie, please recall the kidnapping and SWAT team invasion that both take place in the film’s third act, the former perpetrated by known incendiary and human-Yosemite Sam-equivalent Randy Quaid. 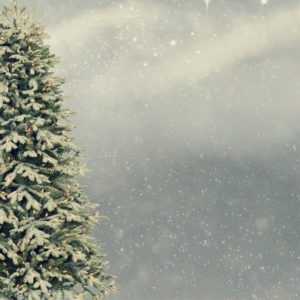 When I was growing up in England we always had a really big Christmas tree. One of the photos of me as a baby was taken during...
© LitHub
Back to top