Do you remember that great Eurythmics song, “Sisters Are Doing it For Themselves?” The music has effortlessly stood the test of time, but young women today might be justifiably bemused that in 1985 you actually had to say that women were managing to be “doctors, lawyers, politicians too.” (Although #MeToo might make you wonder how far we’ve really come). Police officers are notably absent from Annie Lennox’s list, and the reason may be more than what fit in the line.

Law enforcement has always been a heavily male-dominated profession, and back in 1985 there weren’t many women in senior roles, either in fact or in fiction. As for the latter, women have always written great crime, but even they haven’t always given the leading role to a leading lady. And how many 20th-century male crime writers can you think of who had a woman in the central role? (I’m still on the fingers of one hand). All that’s changing now, of course, and as in so much else in crime drama, TV is leading the way, on both sides of the Atlantic. In that spirit, here’s a list of my favorite female detectives on British TV, both past and present. 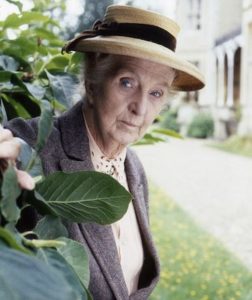 Where better to start than with the Queen of Crime herself, and – for me – her most enduring and memorable creation. There have been dozens of different Marples over the years, but no-one does Jane like Joan. She is always beautifully understated, and the very quintessence of that little old lady with a mind like a bacon slicer. 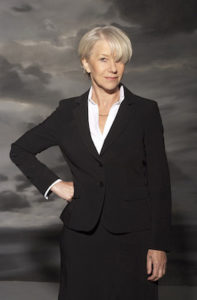 Another Jane, and another ‘Queen’ (if you see what I mean). Prime Suspect was a game-changer for the 1990s. Brave, hard-edged, and unrelenting—and I’m talking about Tennison just as much as the show. It was the first TV police investigation I actually believed in—the first that got its hands really dirty. As one of the first senior women, up against the brutal institutional sexism of the contemporary police force, Jane Tennison could easily have come over as too PC to be true, but right from the start she was compellingly flawed as well as admirably ambitious and as kick-ass as they come. Get the box-set and binge…. 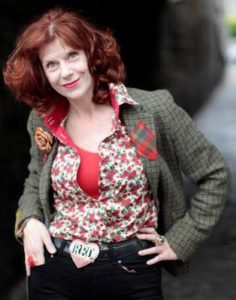 Does anyone else remember Between The Lines? One of the first series to investigate the investigators (and made by the same company that now produces Line of Duty), this show followed Superintendent Tony Clark on the trail of high crimes and police misdemeanours. Detective Sergeant Mo Connell was tough, principled and much put-upon (professionally) by the womanising Clark, though more than capable of standing her own ground. Her finest hour? An episode about a cop who kills his wife, entitled Manslaughter. Or as Mo bitterly concludes when they fail to nail him, ‘Mans-laughter’. 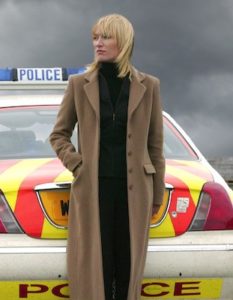 Trial & Retribution is another oldie but goodie. Notable for innovations like split-screen camera-work, and (like Law & Order) putting as much emphasis on the courtroom as the squad room. Detective Inspector Róisín Connor first appears in series 7, paired with the cantankerous Detective Superintendent Mike Walker, who could pick a fight with the sky just for being blue. He’s her former boss, she’s his ex’s friend; she’s an ice queen, he’s a hot-head; she’s got a big future, he’s a bit of a throwback. Light the blue touch-paper and withdraw. 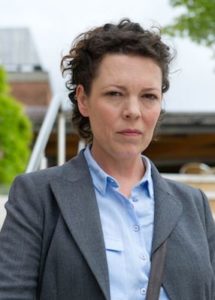 Twenty years on, Broadchurch was as much of a game-changer as Prime Suspect, and made a star of Olivia Colman.  As DS Ellie Miller, rooted in a community where the unthinkable happens, she’s a glorious contradiction of tough and trusting, vulnerable and vocal. As one of her son’s friends says, after she lambasts a group of intrusive press photographers, “Your Mum’s awesome.” Her one-liners have become legendary, my own personal favourite being her retort to Alec (David Tennant), when she offers to share her take-out: “You don’t eat fish and chips? What kind of Scot are you?” And that scene at the end of the first series, when Alec has to tell Ellie the child abductor was her own husband, was one of the most moving pieces of ensemble acting I have ever seen. 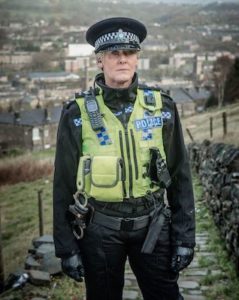 I missed Happy Valley when it first aired – to be honest, the title just didn’t do it for me. I only caught up with it on a long-haul flight, after I’d exhausted all my other options. And then, of course, I was hooked – as well as hugely impatient to see more than the single episode on offer on the plane. Lancashire is terrifyingly good as the decent, dogged and undaunted Sergeant Cawood, who has as much trauma and pain to contend with in her own life as she does on the Yorkshire streets. 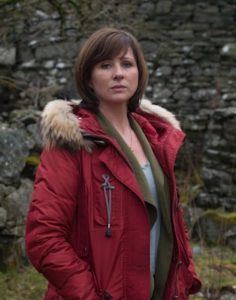 I was put onto Hinterland by the forensic scientist who helps me with my own books. He also worked on Hinterland, so I knew it was going to be good. It’s set in mid Wales, and two versions are shot of every episode—one in Welsh, and one in a combination of English and Welsh with subtitles (very unusual for a mainstream British drama). The setting is superb: a spare and forbidding landscape which is about as off the grid as you can get in this tight little island, and where secrets can lie very low indeed. Detective Inspector Mared Rhys is a dedicated career police officer with a few secrets of her own. She’s a single mother who has to juggle bringing up a teenage daughter with long hours and an unpredictable boss, but very little gets in her way. Her Unique Selling Point? Has to be *that* red parka. I’ve heard a rumour it even has its own Twitter account…. 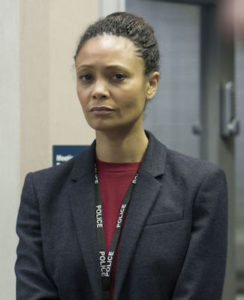 Anyone who’s seen my own Twitter account will know I am the hugest fan of Line of Duty. It’s been through four seasons now and just keeps getting better and better. Series 4 focuses on the anti-corruption unit’s investigation into Detective Chief Inspector Roz Huntley, the ferociously intelligent and ambitious officer in charge of a major murder hunt, who’s determined to get her career back on track and can’t afford to fail. The scale and speed of her fall is almost Shakespearean, and if you haven’t seen it yet, I won’t hand you the denouement. Safe to say it’s a show-stopper. And speaking very personally, I also love this series because the actor who plays Roz’s husband went on to play my own Adam Fawley in the audio of Close to Home. 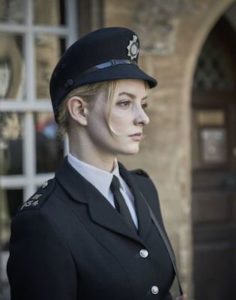 Given where my own books are set, how could I not end this list in Oxford? I’m a huge fan of the entire Morse franchise, but both the first two incarnations were largely men-only zones, at least in terms of solving crimes, rather than committing them. So how refreshing to find WPC Shirley Trewlove at the heart of the police team in Endeavour (though I’ve never fathomed why the supporting police characters all have names like the seven dwarves—Trewlove, Bright, Strange, Fancy….). The culture at Cowley station may be a lot less macho than it is in Prime Suspect, but women are still up against the same stereotypes, and the same prejudices. But perhaps Trewlove is about to change all that. I’d love to see her do what my own character, Erica Somer, has done, and make the transition from uniform to CID.  (“Somer,” incidentally, is an anagram of “Morse”—my small homage to the fictional detective who still casts such a long shadow over the city where my books are set). And if Dakota ever fancies playing a more contemporary Oxford detective, I may have just the role for her…. 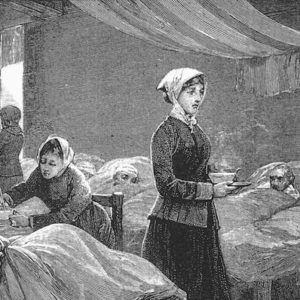 Crime fiction, from straight whodunnits to elaborate psychological thrillers, is steeped in immediate drama. Someone has been...
© LitHub
Back to top