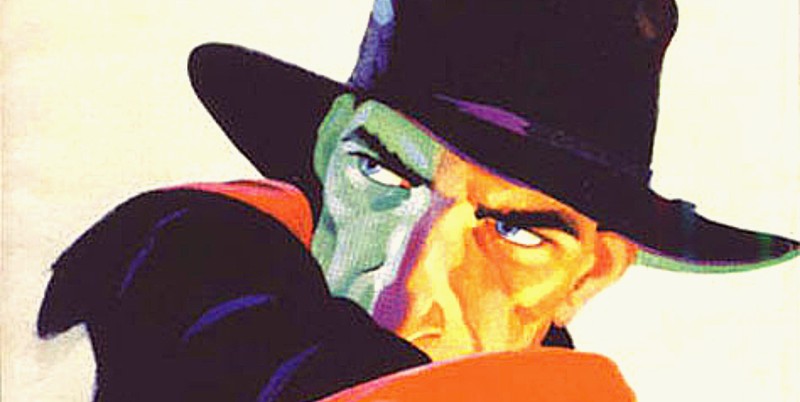 Before Perry Mason, Nero Wolfe, and Philip Marlowe, there was the crime-fighter who knew what evil lurked in the hearts of men.

The crimefighter known as the Shadow was a pop-culture sensation who arrived on the detective fiction scene before Perry Mason, Nero Wolfe, and Philip Marlowe, and whose extravagant war on evildoers predated those of Superman, Batman, the Lone Ranger, and Doc Savage. Americans during the Great Depression got regular doses of the Shadow via the radio and pulp magazines, and his adventures continue to this day in comic book form. Oddly, the character was never a big hit with movie audiences, despite decades of films that create an occasionally compelling but ultimately confusing portrait of the clever, menacing protagonist. Amazon Prime subscribers can check out some of these early attempts for free, and while none of the films are astounding, there are enjoyable elements sprinkled throughout, and none demand more than roughly an hour of one’s attention.

The first of these is probably the most flawed: The Shadow Strikes, a 1937 film starring the wonderfully-named Rod LaRocque as the title detective (in 1989, DC Comics would borrow this title for their Shadow comic). An opening scene establishes that the Shadow’s personal, under-the-radar war on crime stems from the death of his father, a prosecutor shot by crooks. I don’t know if this is a canonical part of the Shadow’s backstory—i haven’t seen or heard of it in any other production. That’s part of the problem: The general public doesn’t seem to have a solid grasp on who the Shadow is, why he does what he does, or what his abilities are, and it’s a problem that these films don’t do much to solve. 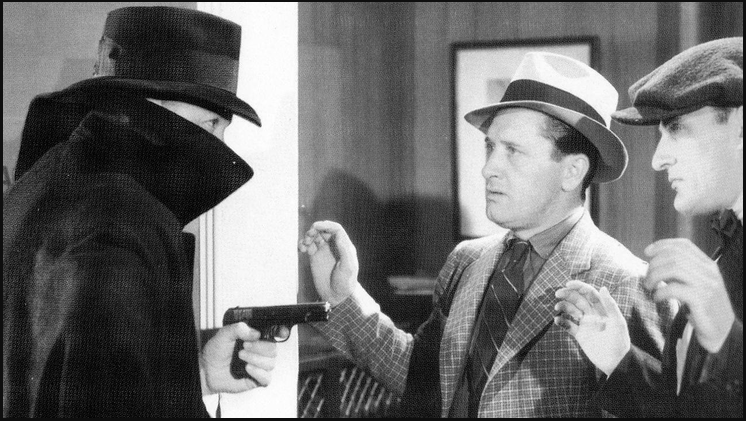 Rod LaRocque from The Shadow Strikes

I mean, what even is the Shadow’s real name? In The Shadow Strikes, he’s actually Lamont Granston, a corruption of his name from the radio show, Lamont Cranston. In the pulp stories, he’s a WWI pilot named Kent Allard. We all know that Batman is really Bruce Wayne, Superman is Clark Kent, and Spider-Man is Peter Parker. Nice and simple, right? The Shadow isn’t so neat, which leads to story possibilities (Comic creator Howard Chaykin proposed that the Shadow is really Allard, hired by corrupt socialite Cranston to carry out a criminal mission, then assuming Cranston’s identity and fortune upon Cranston’s supposed death) but mostly just bewilderment.

As Granston, LaRocque is an odd casting choice. Looking more like a banker than a hands-on scourge of the underworld, LaRocque has a receding hairline, neatly trimmed mustache, and slightly puffy face. Most painfully, he has a purring, nasal voice, and if there are two things about the Shadow that everyone agrees on, it’s 1) he knows what evil lurks in the hearts of men, and 2) he follows up grave declamations with a frightening cackle. LaRocque was a surprisingly prolific actor—IMDB lists over a hundred films in which he appeared—but he got his start during the silent era, and I suspect that his heyday occurred before people heard him talk.

Granston/The Shadow gets pulled into the case of a wealthy man named Delthiern who wants to revise his will, but who gets shot in front of Granston before he can finish the job. Searching for Delthiern’s killer involves observing his heirs, a few of whom also get iced. It’s a classic murder mystery, and there aren’t many surprising twists. One of the highlights is Agnes Anderson (appearing here as Lynn Anders), one of the heirs and a nice example of Hollywood using actresses as fashion plates—Anderson has a surprisingly contemporary look and great outfits. There’s also a scene that’s almost hilarious by today’s standards, where Granston has to plant a microphone in the office of an unsuspecting crime boss, which means looking for a place to hide a soda-can-sized mike that’s connected to a wire trailing out a window. (It gets discovered very quickly.)

There are only a couple of scenes where Granston dresses up in the dark cape and hat of the Shadow as the character appears on the covers of the pulps, and delivers threatening dialogue in the dark. Here again, the look of the Shadow is something that isn’t fixed, and we see unwelcome variations in later movies.

The Shadow Strikes must have been enough of a hit for the studio, Grand National Pictures, who greenlit another Shadow film, International Crime, a year later. It’s really not a sequel at all: Rod LaRocque is back as the Shadow (now called Lamont Cranston), but he’s now a journalist and “amateur criminologist” who writes a column and speaks on the radio as the Shadow, but the secret identity isn’t a secret to anyone. 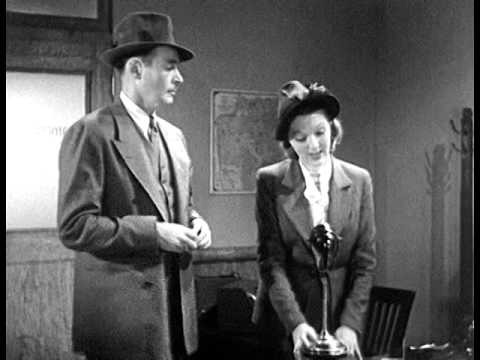 Still, International Crime is a good film of its kind. It’s much more active than Strikes, ranging across the city, jumping quickly from scene to scene. The dialogue is rapid and sharp, and LaRocque actually looks like more of a tough guy. He also never once dresses up in the Shadow’s signature costume. The plot involves turmoil in Europe leading exiled aristocrats to steal money so they can fund revolutions in their home countries, and you really have to pity the actors and their original audiences for not being able to see where all the turmoil in 1930s Europe would eventually lead. Again we have an actress, the wonderfully named Astrid Allwyn, modeling what the chic set were wearing that year, and we’re mercifully spared any hints of romance. Yet even though this film, like its predecessor, is based on a tale from the Shadow pulp magazine, it feels like a pre-existing script to which the Shadow was added as an afterthought. Also, the version on Amazon Prime is in rough shape, looking like it was spliced together from several battered reels.

Before we get to 1946’s The Shadow Returns, it’s worth mentioning that Columbia made a 15-part movie serial in 1940 featuring Victor Jory as the Shadow, which alas is not available on Amazon Prime—though several other serials are in their entirety, among them Captain Marvel, Flash Gordon, and one called Jungle Queen. One interesting note about this is that by 1940, the Shadow had been given a super power—on the radio show, it had been revealed that he could become invisible, by a kind of mass hypnosis he had learned in India. In the Shadow serial, this special skill was canned, because the villain could also become invisible, and the studio reasoned that two invisible characters fighting each other wouldn’t make for much of a cinematic experience. 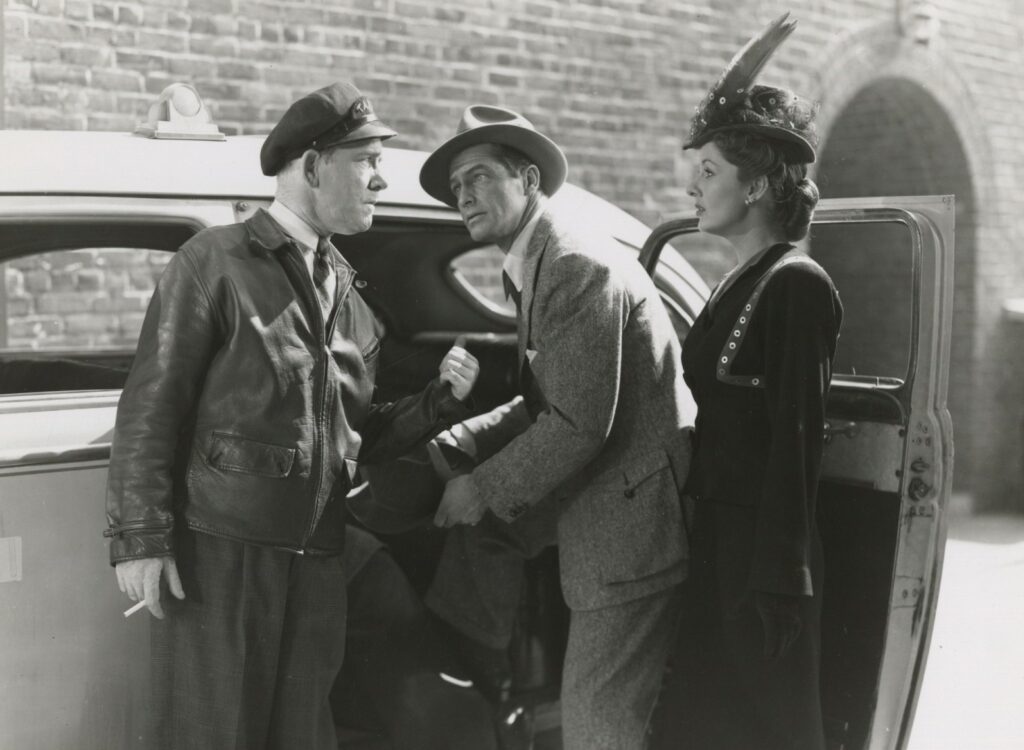 Which leads us to The Shadow Returns starring Kane Richmond, the first of three low-budget movies made by Monogram Pictures and the only one available for no cost on Prime. Unlike LaRocque, Richmond actually looked like a crime fighter, with his rugged handsomeness and broad shoulders. For much of the movie, Richmond’s tall frame is encased in a tuxedo, and it’s a good look. Richmond was also an athlete who liked doing his own stunts, and the short film features at least one pretty good fight scene where the actors make the punches and smashed furniture look convincing. And while this Shadow, like the previous film Shadows, cannot make himself invisible, there are clever shots of Richmond in the cape and broad-brimmed hat (accessorized with a black mask) lurking down dark hallways and sneaking up in silhouette form on unsuspecting persons of interest.

The film starts out wonderfully macabre, with the police assisting in the exhumation of a grave, from which a civilian removes a box of jewels. Within moments, the civilian has disappeared, and the trail leads to yet another house of suspicious characters. Lamont Cranston gets involved this time because his uncle is the chief of police—he doesn’t seem to have a job beyond enjoying New York’s nightlife. We also meet Cranston’s love interest Margo Lane, here played by Barbara Read, and the Shadow’s likeable lunk of a driver, Shrevvy, played by Tom Dugan. All of these elements should make for a pretty good crime film, but the script contains many attempts at humor; film critic Leonard Maltin would describe the Monogram Shadow films as having “way too much ‘comedy’ relief”, with those quotes around “comedy” serving as a typographic eye roll. The script has a lot of verbal back-and-forth, but none of it is very good, and the whole thing would have been better if everybody had just focused on solving the disappearance and the subsequent mysterious deaths. Still, no one’s time is wasted, because the Shadow solves this one in a tidy 67 minutes.

After two more films starring Richmond, there would be a film in the 50s, then a big budget Alec Baldwin movie in 1994 that didn’t do nearly as well as Universal was hoping. Critics at the Chicago Tribune and Entertainment Weekly both pointed out that part of the problem was all the money spent to make the film look sleek and dazzling—the Shadow, after all, was born in the pulps, and dressing him up in expensive special effects highlighted the rougher edges of his origins. The much lower budgets of the 30s and 40s films may have actually helped the productions.

But the various films also reveal the character’s inconsistencies, which have made it harder for audiences to grasp the central idea of the character. His abilities, career, allies, motivations, and even aliases all seem to change from medium to medium and sometimes from film to film. We know he’s a detective with a haunting laugh who creeps around in the dark, but it would be helpful to know a few more things about him, and while these movies provide an occasional interesting variation on the character, together they don’t create a portrait of the Shadow that makes us eager for the next adventure—something that the radio show and pulp magazines clearly achieved. 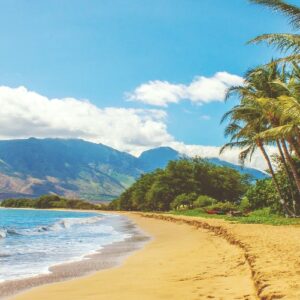 A great challenge of Hawaiian detective fiction is to depict Hawai`i authentically. It takes more than ukuleles and flower...
© LitHub
Back to top