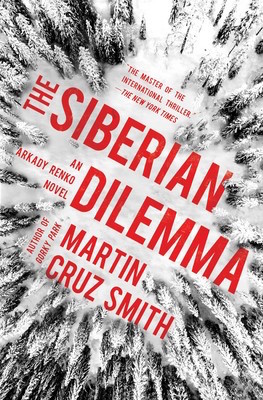 The following is an exclusive excerpt from The Siberian Dilemma, by Martin Cruz Smith. Investigator Arkady Renko is worried about the long absence of his girlfriend, Tatiana Petrovna, a deep-cover journalist. He starts tracking her down, discovering that she has been working on a piece about a young a dissenter poised to take on decades of political corruption. But when bodies pile up Renko knows he does not have much time to find Tatiana, and bring her back from the cold.

A skeleton walked in Gorky Park. Supported by rods and wires, it followed the whim of a technician manipulating a remote control.

“This is the brilliant part,” Nina said. “I told you how they found ancient bones during the excavation of the Gallery? They took that as the starting point of new evolution. The contribution from the zoo was advice in how to put it all together. A transformation, I should say.”

It was a transformation, he thought, but into what? An automaton? A hairy beast? At the flick of a toggle switch, it stepped inside the gallery hall, stopped, and moved its head from side to side.

The technician said, “It’s like any kid’s robot, only much bigger.”

“Remember what a derelict building this was?” Nina asked Arkady.

An old warehouse was now wrapped in a translucent polycarbonate skin and turned into a venue for exhibits of conceptual art. Models wearing little more than tails and patches of leather served vodka and caviar. They filtered in and out of rooms while, as a contemporary touch, free jazz played in the background.

Victor speared something on a tray. “I think this one tried to escape. It’s either a shrimp or a finger.” He grabbed a vodka. “Seriously, Oedipus would rip out his eyes by their roots rather than witness this gluttony.”

“Maybe we should come back on another night,” Arkady suggested.

“Nonsense. I’m sure Victor can hold it together. The Gallery has a wonderful lineup of artists and celebrities.”

“I just saw a man who controls half the timber in Siberia. Boris Benz,” Victor said. “That’s a thrill. But don’t go near him. He surrounds himself with bodyguards, his old prison mates. They cover up his dirty work. I wonder why he’s here.”

“More society than art,” Nina said. “On the social calendar, this is the place to be.”

“Some of them are genuine art collectors and also happen to be supporters of the zoo. I don’t make judgments beyond that.”

Who did? Arkady thought, The gallery was full of the rich and beautiful, balding but well-greased men with cowboy boots and silver buckles and loud ascending laughs that said, “You can’t touch me. I am too rich, I am too powerful, I am too high to fall.” They hung around together like a regular boys’ club. They were all success stories. Some of them had made their fortune by evicting pensioners from old buildings and constructing the tallest buildings in Moscow. Others, like Boris Benz, had despoiled the arctic wilderness to drill for oil. Benz had broad shoulders and a slack, easy smile. Just for a moment his eyes met Arkady’s. Nina led the way to the skeleton. “I want you to meet our guest of honor. I know you saw him when he came in but I want

you to take a really good look.”

“Someone I might know?” asked Victor. “Oh, I sincerely hope not.”

The tech hit “pause” and the skeleton came to a stop.

It was more than a robot and less than a man. Life-size and with the long stride of human legs. The cranium was round but long in the snout, its eyes a pair of ruby-red diodes.

Arkady had seen a good number of dead men; an investigator did. This one walked stiffly with the aid of a nearly invisible network of electrical wires. Close up, he seemed to be a man. The jawbone was missing and, likewise, the collarbone had been carried away by some ancient scavenger. The arms were powerful, the hands chewed down to tarsal bones. A forearm was broken and healed, signifying a violent encounter with enemies. But a Homo sapiens or Neanderthal?

“The head, ankles, and chest are from a bear,” Nina said. “The rest is human or Neanderthal, but it opens up possibilities. Evolution could have gone many different ways. It’s like a time machine that goes sideways as well as forward and back. Hunters considered themselves brothers to the bear. When they hunted, it was part of a complicated ritual. There was dancing and singing and communication on a spiritual level.”

“Not like today,” Victor said. “Today you just open a can of beer.”

That brought the spiritual level down. Victor left and browsed among quail eggs and caviar while Nina defended her skeleton.

“We said that Neanderthal man couldn’t speak, but he could, or fashion tools, but he could, or create art, but he could. We said his brain was a different shape, and that’s true, but it could have had its own advantages. Some of it survived for a reason. Maybe someday we’ll know.”

“I just want to know why. I think this creature of ours could have been a survivor. He would have had his turn.”

This was a different and more interesting Nina, but before she got any further, she was accosted by Gallery guests who wanted to have their pictures taken with what they already called “Bear Man.”

Arkady couldn’t help but be embarrassed for the creature, and he moved on to another exhibit. He found himself standing in front of a waxwork of a naked woman sitting on nails. Beside him stood Boris Benz.

“I suppose it all depends,” Arkady said.

Voices in the room were hushed simply because of Benz’s presence. No introduction was offered. None was needed.

Voices in the room were hushed simply because of Benz’s presence. No introduction was offered. None was needed. Everyone on earth knew who Boris Benz was, while Arkady was resoundingly inconsequential. A handshake would be nothing but a grace note.

“Are you a devotee of modern art?” Benz asked.

“A good point. I hear you saved our bears.”

“I’m a patron of the zoo. You must be one hell of a shot to bring down a charging bear.”

“I’m surprised you heard about it.”

“Nina told me.” Benz leaned closer to Arkady’s ear. “I wish I’d been there. I would have brought an elephant gun and split that fucking bear in half.”

That wasn’t a sentiment that Arkady expected to hear from a zoo patron.

They moved to the next room, where a motorcycle was crushed into a cube and a mirror hung in a glittering multitude of pieces.

“By the way, I think I met a friend of yours,” Benz said.

“A few weeks ago. I’m going to take her ice boating on Lake Baikal. She’s intrepid.” Benz smiled. “I warned her that her nipples would freeze.”

Arkady stopped. “Are you sure this was Tatiana Petrovna?” “The famous journalist, yes. She mentioned you.”

“Where was she staying?”

“Last I heard, she had taken up residence with Mikhail Kuznetsov. But who knows?”

Arkady had more questions, but he caught sight of Victor weaving toward them. He had left Victor untended for no more than ten minutes, which was time enough for him to down ten vodkas.

“Excuse me? What did you say?”

“I said you’re a greedy asshole.”

Benz looked around and laughed softly. “Do I know you?”

Benz seemed to be considering options. He could simply walk away or beat Victor to a pulp. Boris Benz was, after all, a hyper-athlete. By comparison, Victor was a physical wreck.

“This is your friend?” Benz asked Arkady. “Do him a favor. Take him far away.”

Arkady felt badly for Nina, whose professional relationship with Benz and the zoo might be an important one.

“You understand who I am?” Benz asked Victor. “Go fuck yourself,” Victor said.

“Why?” Benz asked. “On general principles.”

“We are definitely going,” Arkady said.

Dropping Victor off at his apartment was like depositing a bag of bones. Arkady was halfway back to his car when he remembered that the feral cats behind Victor’s house depended on Victor to put out milk. He was such a contradiction. He couldn’t take care of himself, but he made sure the feral cats never went hungry.

And what had Arkady learned? What progress had the senior investigator made? That Tatiana seemed to be making excellent progress in her own research. That she was probably still in Siberia. That she seemed to have forgotten their rendezvous in Moscow. That it was pathetic how jealous he was. 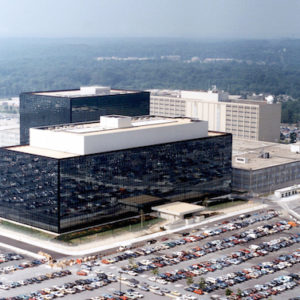 CrimeReads Brief: Week of November 9th Has someone been stealing your deliveries? Lauren Smiley has a cautionary tale for those who aim to catch thieves...
© LitHub
Back to top