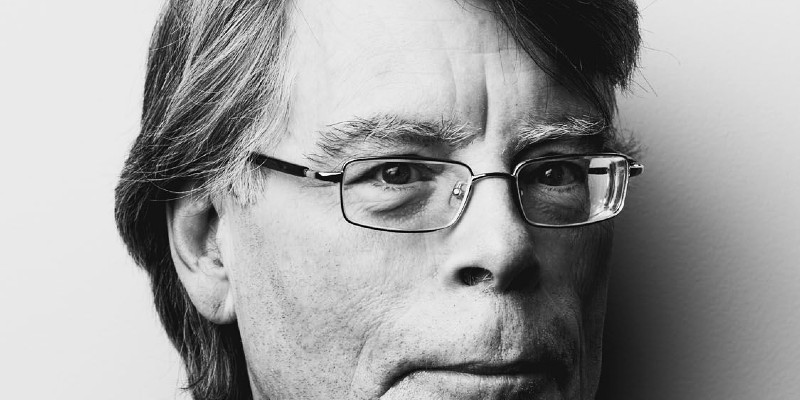 From Bachman to The Outsider, King revels in subtly subverting the rules of mystery.

Stephen King has always flirted with hardboiled and noir archetypes. The early novels he wrote under the pseudonym Richard Bachman, including Blaze (which wasn’t published until 2007) and Roadwork, were pure pulp, reminiscent in many ways of the work of Jim Thompson. Decades later, he dipped into the mystery genre with a trilogy of books about detective Bill Hodges, starting with Mr. Mercedes (in 2014) and continuing through Finders Keepers (2015) and End of Watch (2016).

Then there’s the weird case of The Dark Half (1989), which is a flat-out horror novel with a bit of hardboiled fiction ingrown in the middle of it. In the 1980s, before his pseudonym was outed, King wrote a pair of hardboiled novels as Bachman: My Pretty Pony and Machine’s Way. Fragments from those unpublished manuscripts are excerpted as the writings of the fictional authors in The Dark Half (protagonist Thad Beaumont, as well as his monstrous pseudonym-made-flesh George Stark). King using Bachman’s crime fiction fragments in a novel about a famous author whose crime fiction writing pseudonym goes on a murderous rampage is so meta it would have made Jorge Luis Borges proud.

The Dark Half isn’t the only one of King’s novels that, while ostensibly horror, has quite a bit of noir and hardboiled DNA woven into their thematic blood. The Outsider (a novel before it became the recent HBO series) features detectives, cops, and lawyers trying to solve a seemingly impossible crime.

But King’s attempts to meld noir and the supernatural often have uneasy results. The Outsider is probably the most prominent (and certainly the most recent) example of this. The setup is something that would have made Agatha Christie, John Dickson Carr, or another locked-room specialist proud: An eleven-year-old boy is slaughtered in a bucolic park in Flint City, Oklahoma. A suspect, local teacher Terry Maitland, is quickly arrested thanks to an airtight combination of DNA, eyewitness testimony, and other forensic evidence.

There’s just one small problem: Multiple, trustworthy eyewitnesses place Terry at a teachers’ convention in another town at the time of the murder. The lead detective on the case, Ralph Anderson, travels to the conference center where the event took place, where he finds a book with Terry’s fingerprints on it. How can anyone exist in two places at once? (Someday, someone will have ample opportunity to write an essay about thematic duality and King’s reliance on evil doppelgangers.)

You can imagine Christie or Carr, those peerless masters of the complicated mystery, having quite a bit of fun with King’s concept. But their solution to the case, however outlandish, would have no doubt existed in the realm of possibility: A long-lost identical twin, for instance, or some elaborate conspiracy among the people at the teachers’ convention to make it seem as if Terry was there. King opts for a supernatural shapeshifter capable of imitating anyone it comes in contact with.

With his Bill Hodges series (which shares one major character with The Outsider), the books gradually tilt toward the supernatural. Mr. Mercedes is a straightforward crime thriller, complete with a depressed detective engaged in a cat-and-mouse game with a vicious psychopath who wants to kill as many people as possible. By End of Watch, though, many of the tropes of King’s supernatural fiction have begun to assert themselves: Mind control, telekinesis, and telepathy.

As with The Outsider, End of Watch has an intriguing central conundrum: A murderous psychopath, bedridden and virtually comatose thanks to a devastating head injury, is somehow still capable of committing awful crimes. A “traditional” noir or mystery writer might have figured out a practical explanation, however convoluted and weird. King opts for psychic powers as the hinge for everything—perhaps that’s because what his core audience wants and expects from him.

And there’s certainly nothing wrong with that; giving an audience what it wants is how an author like King stays atop the bestseller lists for decades. However, a hardcore noir or mystery fan might regard supernatural interference as a cop-out of sorts. Arthur Conan Doyle, via Sherlock Holmes, once wrote: “When you have eliminated all which is impossible, then whatever remains, however improbable, must be the truth.” King embraces the impossible, rather than trying for the ingeniously improbable.

Mystery and hardboiled purists might complain about the melding of the supernatural with a genre that often focuses on the tangible and corporeal. That being said, lots of other genres—from science fiction to history—have blended exceptionally well with mystery and hardboiled tropes: Just look at all the classics of cyberpunk noir, from “Johnny Mnemonic” to “Blade Runner.” King’s use of noir archetypes, in other words, is anything but atypical—even if it aggravates those who pick up some of his books in hopes of a more “traditional” mystery. 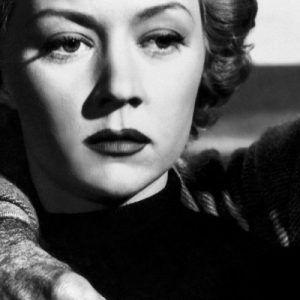 Hi, we’re back, with even more girl books to tell you about. Yes, this is list four, and we are nowhere near running out of titles....
© LitHub
Back to top