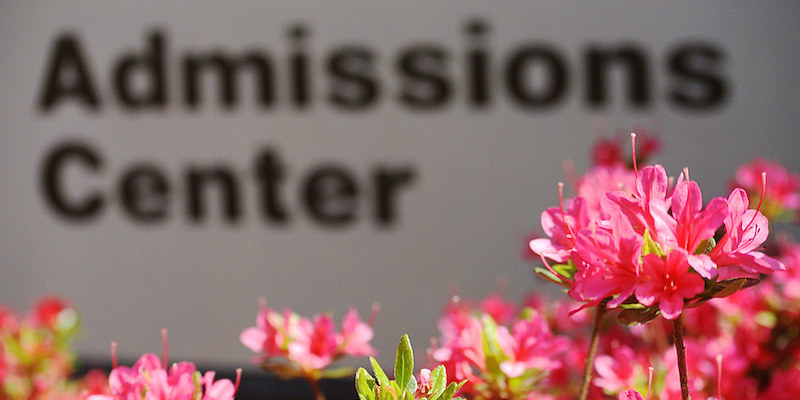 Last November, when it was revealed that Harvard’s fencing coach had allegedly accepted $1.5 million in payments from a wealthy, Maryland businessman in exchange for admitting his two sons into Harvard through its fencing program, the story generated shock, but not awe.

After all, it was all so familiar. The thirty plus crazy-rich parents that made audacious headlines in March of 2019—including actresses Felicity Huffman and Lori Loughlin—were charged with paying as much as $1.2 million to get their kids into top institutions like Yale, Stanford and the University of Southern California. Their gateway conspirator was William “Rick” Singer, an independent college counselor who, prosecutors claim, paid off coaches and, in one case, a university administrator to slip kids into schools that they would never have gotten into on their own.

Operation Varsity Blues, as the scandal was dubbed, quickly became a media sensation. Everyone knew that rich folks could buy their way into college, but typically it was done with smoke-and-mirrors subtlety that wasn’t, technically, a crime: the old ‘donate a library wing’ or ‘endow a scholarship’ route that wealthy families had been pursuing for decades. (Former presidential son-in-law Jared Kushner, whose own father gave $50 million to Harvard just before Jared applied there, is the poster child for the practice.) What the Varsity Blues parents were accused of doing was a more flagrant example of pay to play. These parents made “donations” to a so-called charity run by Singer, who allegedly used the money to pay off coaches. Another aspect of the crime had Singer paying off fake proctors to take SAT and ACT exams for kids.

There may not be another Singer out there, at least in the particulars. A one-time high school basketball coach who parlayed his hustle into learning the in’s and out’s of college admissions; Singer is a quirky Midwesterner who runs around in track suits and spends his free time paddle-boarding in a Speedo. But the institutional and social elements that led to Varsity Blues still very much exist, meaning that we’ve hardly seen the last of college admissions scandals. Namely, that’s the combination of underpaid, under-scrutinized coaches of low-profile college sports who hold in their hands something precious to wealthy, ambition-minded parents: the power to offer an admission slot at an elite university. Those parents’ desire to secure one of those slots has only grown lustier as college acceptance rates have plummeted to chillingly low numbers in recent years. Stanford currently accepts so few freshmen—four percent—it no longer bothers publishing the statistic.

These elements are present in dozens upon dozens of college admissions scandals that have cropped over the years.  According to a UCLA investigative report, the young woman was recruited as a walk-on to UCLA’s track and field team in 2013 even though her race times didn’t qualify her. What helped the girl was her parents’ pledge to donate $100,000 to the team. And there was Jerome Allen, the longtime men’s basketball coach at the University of Pennsylvania who pled guilty to accepting $300,000 in payments and perks from a dad who’d bribed Allen to get his son into Wharton, Penn’s prestigious business school.

The familiar details were there, too, as I read about the Harvard fencing scandal, which broke more than a year after Varsity Blues. Harvard’s former fencing coach, Peter Brand, “was having financial trouble,” according to the New York Times. So much trouble that Jie Zhao, the father who bribed him to get Zhao’s two sons—who were high-school fencers but nowhere close to being Harvard-level fencers—into the school, paid for Brand’s car, his son’s tuition at Penn State, as well as his sewer and water bill. Zhao even bought Brand’s house for $989,500—more than $440,000 above its assessed value.

I knew this storyline well from my Varsity Blues research. Gordon Ernst, the former Georgetown tennis coach, accused of accepting $2.7 million in payments from Singer in exchange for admitting at least 12 fake recruits to Georgetown (Ernst has pled not guilty), earned less than $65,000 a year, according to court documents. Although Ernst supplemented that running lucrative tennis camps over the summer, his salary was a far cry from the nearly $2 million base salary that Georgetown’s men’s basketball coach at the time, John Thompson III, was making. According to sources I spoke to, Ernst seemed to desire a more high-flying life than the one he enjoyed as a low-level coach. Former Georgetown tennis players recalled a team trip to New York when Ernst booked rooms at the Gansevoort Hotel, a boutique hotel in the Meatpacking District, and took the team out to fancy dinners—all on Georgetown’s dime.  Meanwhile, soccer players at Georgetown were staying in Holiday Inn’s and eating out at chain restaurants. And as the checks from Singer piled up, he upgraded his country club membership.

But what coaches like Ernst lacked in financial wherewithal they made up for with something else: the power to turn an otherwise unimpressive college applicant into one with a star next to his or her name. The power rested in recruiting slots for walk-on athletes; in other words, low profile athletes who weren’t going to be on the starting line up or be eligible for scholarships, but who would fill out the team. They like freebiesand some coaches had a lot of them. A Division 1 women’s crew team, for instance, can have over 47 members. (Unsurprisingly, crew was one of the critical entry points Singer used in his scheme.) Coaches like Ernst could identify an applicant as a walk-on—regardless of their athletic ability—and make a case to admissions. Before Varsity Blues, which has prompted some reform in this area, admissions never verified a student’s athletic credentials, simply taking a coach’s word.

This  shaky and surreal system in which a low-rung employee of a university can shape a class at schools that turn most of their applicants away set the stage for scandals like Varsity Blues. But the factor that sends them all so wildly and catastrophically into motion is parents. Helicopter parents who have been navigating their kid’s lives since they were in organic diapers and who have the resources to turn almost any situation into a pay to play transaction—and who see the Ivy League and other top schools as the only option for their offspring—are at the core of all these scandals. In fact, very rarely do the kids even know what’s going on and that their gleaming acceptance letter has nothing to do with their SAT or ACT score. Often they are enraged by the state of college admissions today—four percent!—and  more so because they are sending their child to a $40,000 dollar a year elite private high school with the understanding that that school’s primary mission is to pave the way to Princeton.

As Atlantic writer Caitlin Flanagan, who once worked as a college counselor at Harvard-Westlake, a top independent school in Los Angeles, told me, parents feel “like they’re flying in the first-class [cabin] of the plane now. Not business. Not economy. They’re in first class. They want the best coffee, the best cocktail, the best sweet. But the thing is, when college counseling comes, your kid might get sent back to the back row by the lavatories. And they’re outraged! ‘I paid for first class! Why is my kid sitting by the overflowing lavatory?’”

It’s a highly combustible formula, one that won’t go away until institutional changes are made and not just at the schools that Rick Singer has stained. Georgetown, the University of Southern California, Stanford, and UCLA, which were all involved with Varsity Blues, have reinforced communication between athletics and admissions and now fact-check applicants’ athletic credentials. Yet even with these improvements, the deluge of applicants that weigh down overburdened admissions offices, and the need of universities to bring in students who can pay full tuition (i.e. wealthy kids), coupled with parents’ willingness to do whatever it takes to get their kids a prestigious degree, means that the Varsity Blues phenomenon will continue. The next case to make headlines may not involve a tennis or fencing coach, but the story’s contours will be startlingly familiar to readers, who will, at most, roll their eyes. 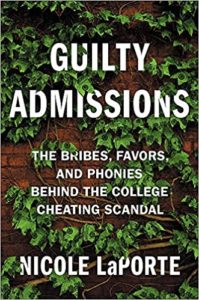 Nicole LaPorte is the author of The Men Who Would Be King: Movies, Moguls, and a Company Called Dreamworks, as well as Guilty Admissions. She is a Los Angeles based senior writer for Fast Company. She previously was a columnist for the New York Times and a staff writer for Newsweek, the Daily Beast, and Variety. She also wrote the "Rules of Hollywood" column for the Los Angeles Times Magazine. 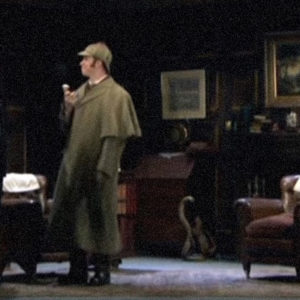 Hello chums. This is a very short post whose sole intention is to provide you with access to the following hysterical sketch...
© LitHub
Back to top