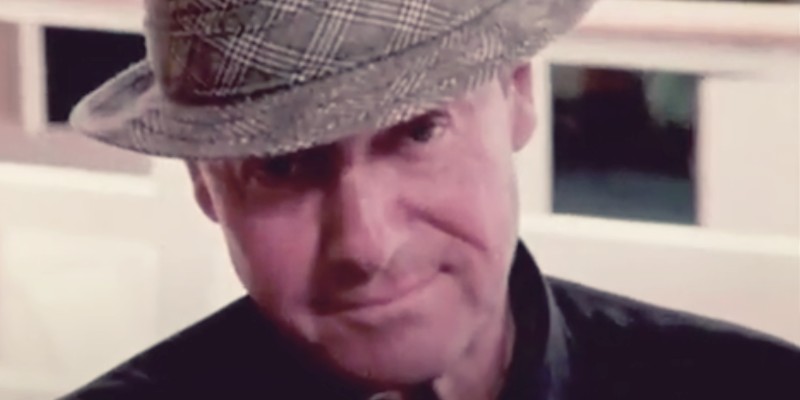 A 1977 documentary that aired on PBS shows the legendary author working and swimming, alive with ideas.

In the mid-1970s, Kenneth Millar, better known by his pen name Ross Macdonald, was living comfortably in Santa Barbara with his wife and fellow writer, Margaret Millar. The Santa Barbara Beach Club, which featured notably in several of his novels, was nearby and he spent a good deal of time swimming there. What would prove to be the final Lew Archer novel, The Blue Hammer, was recently published, and Millar was largely enjoying his reputation as one of the country’s most popularly read and critically acclaimed novelists, as well as a crime fiction sage. That was when Richard O. Moore, the poet and director of a series of public broadcast documentaries about writers, came around and proposed making a film. Macdonald, game to the end, agreed. Six years later, the legendary author, who suffered from Alzheimer’s Disease, would die at age sixty-seven. But we still have his many wonderful books to enjoy, and also this crystalline portrait of the man in the midst of his life and work.

There are many wonderful moments in this delicate film, but a few are especially worthy of mention. There’s Macdonald, stomping around in swim trunks in the Santa Barbara surf, smiling at the camera like a man who’s beyond all manner of self-consciousness. Another, when he races his grandson in the pool and loses by an arm’s length. In his bedroom, you can watch him carefully place a board across the arms of his chair, preparing his notebooks for a day of writing. Or you can sneak a look inside the sun-drenched restaurant where local writers gathered, we’re told, every two weeks for lunch.

All the while, onscreen and off, Macdonald reflects on matters and reads from his work. His voice is tender and unhurried. Footage of Southern California rolls by and soon you feel transported into one of his novels. A few of Macdonald’s meditations are especially worthy of a special spotlight, so I’ve pulled them out here in text, with time markers indicating where in the film you’ll find them.

On an impressionistic approach to his subjects (4:00):

“My plots are derived more or less immediately from life. And I find when I look at my stories after I’ve read them, they generally have a high autobiographical content. They generally deal with problems that have arisen in my own life, or circumstances that have appeared in the lives of people around me, that I care about. The essence of it is the feeling that you have for the situation, rather than the perhaps the situation itself.”

“I write long-hand with a pen in lined notebooks which I’ve used for a good many years. My excellent typist is still able to read it. I try to once I start a book to write it right on through from beginning to end and incorporate any changes in the original notebooks, so essentially I’m just working with one manuscript. It takes pretty close to a year of that for me to produce a book. I work three or four or sometimes five hours a day. In that time I write two or three pages and I start rather late in the morning and come into this room, which is both my bedroom and my work room, and I just stay here until I’m finished with it, what feels like the stint for that day or what like a natural break. I’m generally finished by about four o’clock in the afternoon, and I take my dogs for a walk.”

On gothic fiction as the foundation for modern literature (19:10):

“It seems to me the gothic tradition gradually developed into the most all encompassing literary tradition we have. The basic reason is, I think, the world changed in the direction of the gothic. So the gothic became a more and more feasible explanation of it. And I mean by that quite explicitly the world of fear and violence which existed in Ann Radcliff’s imagination, and the world of utter loneliness that existed in the imagination of Coleridge, who was one of Ann Radcliff’s admirers and imitators to some extent, the world of psychic distress in Coleridge’s “Christabel,” coming down to us through Poe, all of these things have gradually emerged as dominant realties in the modern world. The use of the tradition is inevitable, because it’s talking about the things that we know and want to understand.” 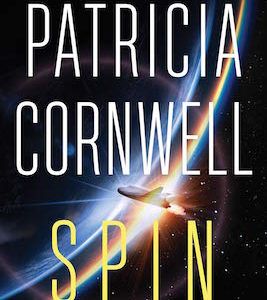 The furnishings are the same as I remember, cheap pinewood painted white. A bed, a few chairs, and several framed beach prints...
© LitHub
Back to top