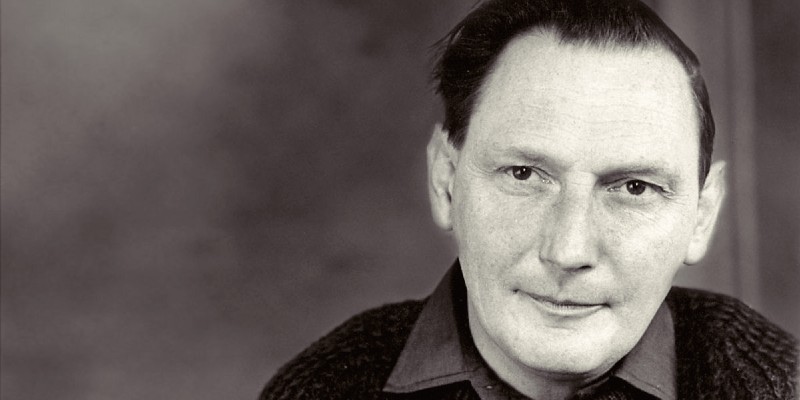 In the 1950s, Parker began visiting prisoners in Britain. Soon, he was carrying a tape recorder.

The name may not ring a bell to those who aren’t criminologists, but Tony Parker greatly contributed to the literature and representation of criminals. In 22 books, this unassuming British gentleman chronicled all sorts of criminals—murderers, sex offenders, con men, and more—as well as underdogs and outsiders, from single mothers (In No Man’s Land) to miners (Red Hill), to people living in housing estates (The People of Providence) and small towns (A Place Called Bird). His method: to step aside and let people speak for themselves. It sounds so simple, but Parker excelled at it. Whenever he talked to someone for a book, they would inevitably relax and tell their life story. By using this technique, his work resembles Studs Terkel’s oral histories (his last book was on the Chicagoan, whom he admired; he died shortly after finishing it at the age of 73), or Frederick Wiseman’s self-effacing documentaries, except Parker neither had a slant nor exclusively took institutions as his subjects. Individuals concerned him more.

Parker was raised amid comfortable surroundings in Stockport, Cheshire. He was born into a middle-class home on June 25, 1923. Bookish and sensitive, he started his writing career as a teen poet, whose talent and craft were nurtured by a correspondence with Edith Sitwell.

However, he wasn’t sheltered; he learned hard life lessons quickly. His mother died when he was four. At 18, he was enlisted in the military, where he identified as a conscientious objector. Relieved of his duties after persuading a board of his beliefs, he went to work in a mine for 18 months, reifying his socialist views and stowing away the experience for a book many years later, Red Hill (1986).

In 1952, Parker had his life shaken up. While supporting his wife and child as a publisher’s representative, he read about two teens convicted of shooting a police officer during an attempted robbery—Christopher Craig and Derrick Bentley. At the time, murder was a capital offense in England and Wales for criminals over 18. Craig being a minor, Bentley—who was mentally impaired and wasn’t the one to shoot the cop—was hung. This horrified Parker; he took a stance against capital punishment and became a regular prison visitor.

His trips to penitentiaries and his conversations with inmates lead to Parker producing a feature for Paul Stephenson, a BBC Radio producer whom he knew. It was a program on the life of Robert Allerton (a pseudonym for this self-avowed professional criminal), which Parker then fleshed out, turning the program into a book he co-wrote with Allerton, The Courage of His Convictions (1962). This portrait lays down the foundation and form for his subsequent interviews and books.

When Parker talked to people for his book projects, he would handle them with, as director Roger Graef put it, “a gossamer touch.” First, he would cast a wide net using the connections he cultivated throughout the years, granting him access to institutions and people typically unreachable for others. Once Parker knew who he wanted to talk to, he would not conduct interviews but start conversations—they could ask Parker anything. He had all sorts of methods to make the recorded conversation as smooth and pleasant and comfortable as possible. He would try to sit at a vantage point in which the other person was higher than him. He would act as a luddite, feigning how to work a tape recorder (which was placed conspicuously) and asking the other person to hit a button that would make the device record. And at any time, he told them they could press this other button—the “pause”—to stop recording. During these sessions, Parker would remain still and listen intently, only ever so slightly nudging the other person with a well-phrased question. To protect their privacy, he would alter names and places. By the end of projects, people would often continue their relationship with Parker, keeping in contact with him through the years.

Parker’s preferred tapes were TDK D90, and he would use 200–300 of them for each book. And yet there’s no archive dedicated to him—that’s because he would incinerate the tapes after each book. What remains are the completed projects. Finishing these works required patience and dedication, for Parker would spend hours upon hours listening to his tapes before transcribing them in longhand. His wife Margery would type up the transcripts. Then began the editing process, which, according to Parker’s son Tim, could take another four to six months. The finished text would eliminate all of Parker’s questions and would be a distillation of the conversation. So finely honed, the text would capture the essence of the person.

Parker had his detractors too. Michael Davies, an inmate sentenced to death before receiving a reprieve, and the subject of Parker’s The Plough Boy (1965), said in a BBC Radio 4 program that he doesn’t think Parker “can really gather from interviews just what these people are like.” It’s one thing to talk to criminals and another to experience the criminal life the way someone like Allerton and Davies had. Stephenson, the man who gave Parker his first big break, considered him too deferential and permissive—never calling into question or taking to task the people he talked to, many of whom made serious offenses.

Judgement and criticism never factored into Parker’s works, however. They weren’t a part of his M.O. Rather, Parker wanted the humanity in these criminals to shine through by giving them room to narrate their life course, all the steps taken that had led them to the moment where they are now. He didn’t just publish collections of interviews—that would be diminishing his legacy. There was an art to what he was doing, for he practiced and executed his craft with sensitivity and care, making his books transcend their visage of documentary realism. Parker rendered people as they were by letting them tell their narratives. He saw murderers, thieves, lighthouse keepers, and the homeless not as categories but as flesh-and-blood humans. 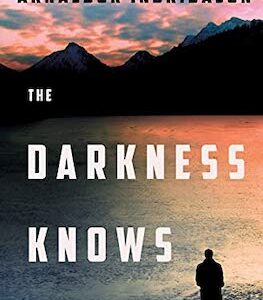 You couldn’t have asked for better weather. She was sitting with her tour group, admiring the view of the glacier and rummaging...
© LitHub
Back to top