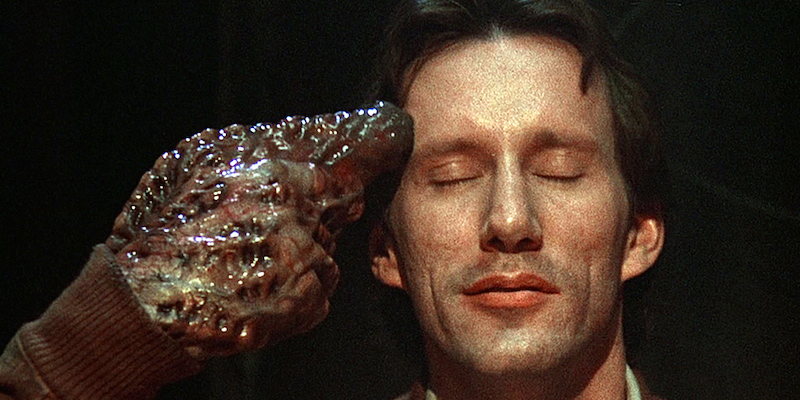 On David Cronenberg, Clive Barker, and the embrace of the grotesque as a representation of lived experience.

‘My mind is bent to tell of bodies changed into new forms.’ These are the opening words of Ovid’s Metamorphoses. Many of the myths recorded by Ovid are graphically physical affairs, as in the case of the weaver Arachne’s transformation into a spider by Pallas Athena: ‘her hair … fell off, and with it both nose and ears; and the head shrank up; her whole body also was small; the slender fingers clung to her side as legs; the rest was belly.’

A significant part of the shock and fascination of horror lies in its attempts to render these transformations convincingly before the audience’s very eyes. In 1887, the actor Richard Mansfield stunned theatregoers with his use of photosensitive makeup, which allowed him to transform from Dr Jekyll to Mr Hyde right there on stage. So convincing was this transformation that, in the following year, Mansfield briefly found himself a suspect in the ongoing Jack the Ripper investigation, and such was the clamour that he decided to shut the play down. In silent Hollywood, Lon Chaney, ‘The Man of a Thousand Faces’, underwent extraordinary and often excruciating physical transformations in a number of roles, including Jekyll and Hyde and the Phantom of the Opera. Viewers of The Wolf Man got to see Lon Chaney Jr transform into a lycanthrope through the magic of dissolve photography and Jack Pierce’s iconic yak-hair makeup.

Such cinematic transformations are inevitably technology-driven, and entered a decisively modern phase in the early 1980s, as advances in visual effects and makeup, pioneered by the likes of Rick Baker, Rob Bottin, Tom Savini, and Stan Winston, meant  that monstrous transformations could be shown onscreen for the first time in ways that often comprehensively exceeded the power of the audience’s imaginations. In An American Werewolf in London, Baker’s transformation of David Naughton into a wolf, with elongation of limbs and face, cracking of spine, and agonizing screams, is one of the defining moments of modern horror cinema. In Bottin’s effects for John Carpenter’s The Thing, the human body is given a nightmarish plasticity, seemingly able to recombine in any form, as a severed head sprouts spider’s legs, Arachne-like, or a huge, fanged gash opens up in a torso, like the very mother of all vaginae dentatae. This was the world of 1980s ‘body horror’, which radically figured, disfigured, and refigured the human body, focusing relentlessly on it as a site of pain, and anxiety and disgust, but also of transformation and transcendence, often with highly sophisticated philosophical and intellectual underpinnings. Body horror of this kind is particularly associated with the work of the Canadian auteur David Cronenberg and the British writer and film-maker Clive Barker.

Consistently across a very distinguished body (corpus) of work, from early low-budget films such as Shivers (1975) and Rabid (1978), to 1980s classics like Scanners (1981), Videodrome (1983), or The Fly (1986), and beyond the millennium (including his 2014 novel Consumed), Cronenberg has given artistic form to his sense of the human body as a corporation, comprising parts which have their own identities and individuality, which they seek to assert, in what is a radical literalizing of mind–body dualism. As a university literature graduate, Cronenberg is also an articulate theorist of his own work:

I don’t think the flesh is necessarily treacherous, evil, bad. It is cantankerous, and it is independent. The idea of independence is the key. It really is like colonialism … I think to myself: ‘That’s what it is: the independence of the body, relative to the mind, and the difficulty of the mind accepting what that revolution might entail.’

Cronenberg’s use of the rhetoric of decolonization here, and his insistence on the relationship between the corporation and the corporeal, suggests a political reading of his work, underlined by his tendency to invent imaginatively named shadowy scientific/commercial organizations (Spectacular Optics, ConSec, the Raglan Institute for Psychoplasmics) which seek to distort and exploit the body for commercial gain. From rapacious capitalism to the AIDS crisis to the ‘beauty myth’ and its discontents, body horror became an effective means of engaging with and representing the grotesque elements of contemporary lived reality in the 1980s.

The politics of the body are even more to the fore in the work of Clive Barker. Another humanities graduate (English and philosophy), Barker is, like Cronenberg, a ready theorist of his own work, which he has discussed across numerous often very candid interviews. Barker, to begin with, is no believer in what was defined in the Introduction as the aesthetics of terror, arising out of implication, restraint, or uncanny uncertainty. There is no fear of the unknown here, and certainly no sense that the reader’s or viewer’s own imagination should be allowed to conjure the greatest horrors: ‘The kind of horror which is all suggestion and undertow, and “it’s what you don’t see that horrifies you” kind of stuff—that doesn’t do a thing for me. … I like imagining horrors in detail. I like to be able to give the reader everything I can imagine on a subject. … Horror fiction is about confrontation.’

Barker’s aesthetic radicalism—his uncompromisingly confident representational style—is matched by a commensurate political radicalism. His best work, the stories collected in The Books of Blood, are tales of riotous fleshly mutability, often with an avowedly feminist and/or an openly gay politics. In ‘Jacqueline Ess: Her Will and Testament’, for example, a bored and frustrated housewife discovers that she has the power to mould flesh, and (very graphically) turns her sexist doctor into a woman. Deliberately extreme and often brilliant, Barker’s work is a classic example of horror at its most divisive, self-consciously setting out to shock and alienate large sections of the population, while establishing a devoted cult following. As Barker himself maintained:

I like to think there’s some kind of ‘celebration of perversity’ in the Books of Blood. That’s a response, simply, to normality. What I cannot bear is ‘normality’. What I’m trying to upset is not something hugely repressive—but something banal, that is, the lives most people lead. 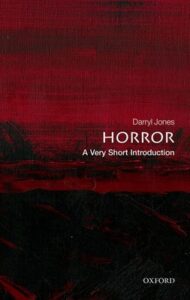 From Horror: A Very Short Introduction  by Darryl Jones. Copyright © 2021 by Darryl Jones and published by Oxford University Press. All rights reserved.

Darryl Jones is Professor of English and Dean of the Faculty of Arts, Humanities, and Social Sciences at Trinity College Dublin, where he teaches nineteenth-century literature and popular fiction. His books include Horror: A Thematic History in Fiction and Film, the Oxford World's Classics editions of M. R. James's Collected Ghost Stories, and Horror Stories: Classic Tales from Hoffman to Hodgson. He has also written numerous articles on nineteenth-century fiction and supernatural literature. His latest book is Sleeping With the Lights On, now out from Oxford University Press. 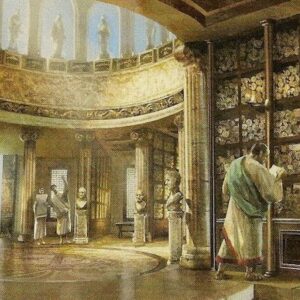 No one has ever lived in the past. Every human being in the history of the world has lived in their own present. The past...
© LitHub
Back to top