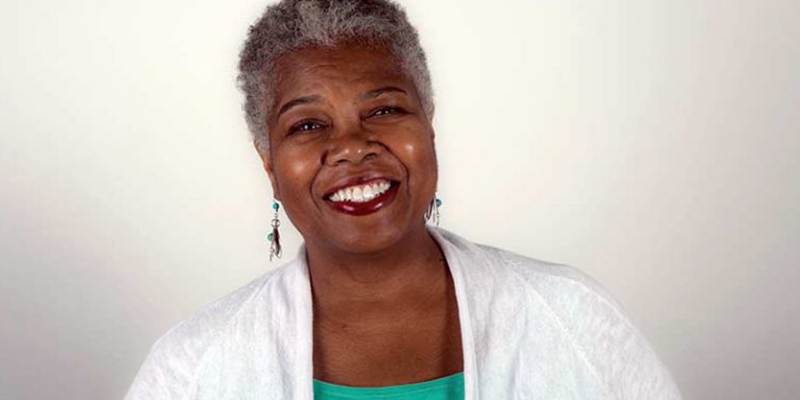 "Black mystery writers and other People of Color will continue to write; the stakes are too high not to."

When Death Comes Stealing, the first of my nine Tamara Hayle mysteries, came out in 1994, Nelson Mandela had just been sworn in as president of South Africa. Whitney Houston, sweet and innocent, was free of drugs and Bobby Brown, and Netscape Navigator was everyone’s favorite browser. A Fatal Glow, my latest mystery and the second of my Odessa Jones cozy series, is coming out this year, nearly thirty years later. It’s hard to believe I’ve been writing for so long, that so much time has passed—until I catch of glimpse of myself in all my gray-haired glory passing by a mirror. I’m old enough to remember some of the Black female mystery writers who wrote during my early years. It wasn’t hard; we could fit around a kitchen table. Some are no longer with us and have become celebrated pioneers influencing a new generation of Black and other female writers of color.

I met Barbara Neely when she dropped into my first reading at a book store in Boston. It was a kind gesture, a thoughtful show of support for an unknown writer her first time out. Neely, a celebrated author, had won the Agatha, Anthony and Macavity awards with her first novel Blanche on the Lam. In 2020, the year she died, she was named Grand Master by the Mystery Writers of America. Whenever I need to remember the necessity of wit and social consciousness in my writing, I pick up one of her Blanche books. Once I begin reading, I can’t put it down.

Eleanor Taylor Bland’s lovely spirit and soothing Mid-western voice always put this nervous new kid on the crime-writing block at her ease. She had a no-nonsense attitude that also marked her character Marti MacAlister, one of the first Black female police detectives. Bland’s police procedurals defied stereotypical depictions of Black women in mystery fiction and opened up a new way of writing about law enforcement. She was a prolific writer who wrote 14 mysteries. In 2010, the year of her death, Sisters in Crime honored her by creating the Eleanor Taylor Bland Crime Fiction Writers of Color Award, which they grant annually.

Grace F. Edwards, the author of seven books, was the director of the Harlem Writers Guild, which was where I met her. Among her mysteries are A Toast Before Dying and If I Should Die, the first of six mysteries which she wrote when she was 64, an inspiration to all “older” writers who dream of being published. She died at 87 and was a gracious friend and mentor to everyone with whom she shared her well-earned wisdom. I recently wrote a blog about Grace on my website when I belatedly learned of her death. She was an essential influence on me and so many others.

There are, of course, many writers who wrote in those days who continue to practice our craft. Frankie Y. Bailey has always taken this genre as seriously as it deserves. She is a “crime professor” who continues to write mysteries as well as being a tenured full professor in the School of Criminal Justice, at the University at Albany (SUNY). Paula L. Woods is a crime writer and literary critic who also writes for the LA Times. In 1995 she published Spooks, Spies and Private Eyes: Black Mystery, Crime and Suspense Fiction in the 20th Century, a ground breaking anthology of Black crime writers. She received the Macavity award in 1999 for Inner City Blues, followed with other mysteries featuring LA police woman Charlotte Justice.

I took a break during the decades in which I wrote crime fiction. A Glimmer of Death came out in 2021 and it was my first mystery in nearly 13 years. A Fatal Glow is my second. Writing cozies is a new experience for me, and one I’ve grown to love although they are quite different from my traditional PI mysteries and other books. During my “break,” I also wrote a children’s series, three stand-alone novels, and two paranormal romances under the pseudonym Savanna Welles. A Fatal Glow and A Glimmer of Death both owe their origins to my dip into the paranormal pool where I discovered the joys of stepping outside the conventional world. Odessa Jones, my main character in the series, has a sixth sense more burden than blessing, that gives her a unique edge I love exploring, that and her distinctive connection to the smell of nutmeg!

During those years, I missed writing mysteries. Upon returning to that world, I was invited by Kellye Garrett, an award winning crime writer, to join Crime Writers of Color CWoC, a group that she founded. I soon discovered a whole new group of Black female and other crime writers of color, including Kellye, Tracy Clark, VM Burns, Alexia Gordon, and Rachel Howzell Hall, all young enough to be my daughters. Several had read my books in high school, a pleasant surprise and compliment. There was an on-line camaraderie that reminded me of the encouragement we in the past had extended to each other. Support is essential for us to hone our craft, and many writers fear their work often doesn’t receive the backing it deserves.

Things are certainly better now than they were. When I began writing in the 1970s, the mantra among many mainstream publishers was that Black people didn’t read. So why publish books by Black authors if nobody is going to read them? Literary writers such as Alice Walker, Toni Morrison and James Baldwin were considered the exceptions because they were thought to have wide reader appeal. But in 1995, Terry McMillan published Waiting to Exhale, which sold 4 million copies and was on the NY Times bestselling list for months. It was mostly Black women who put it there, and things began to change.

There is and will continue to be degrees of racism in publishing, and it will probably be the case until there are more editors and publicists of color to both acquire and encourage diverse points of view. Despite that, Black mystery writers and other People of Color will continue to write; the stakes are too high not to. We have a responsibility to portray the world as we know it and offer our view to those willing to understand. We write mysteries because we want justice to prevail, even if it’s just within the pages of a book. We yearn to understand the hateful passion that brings a person to kill and the circumstances that create such rage. Often those circumstances are found within the world in which a character lives, and one of the goals of a good novel, particularly one about crime and justice, is to offer a glimpse into that environment.

Each generation finds its own outrage and compulsion to write. Trayvon Martin was this generation’s Emmet Till, and his death followed by so many others from Tamir Rice to George Floyd, changed us all. This pandemic has highlighted the complex, disabling disparities that land so unevenly on the backs of many Americans; they are troubles that affect us all. One of our responsibilities as writers is to make that reality comprehensible. 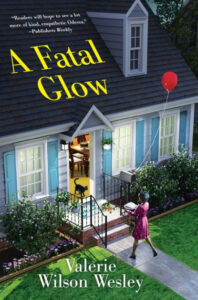 Valerie Wilson Wesley is the award-winning author of the Blackboard bestselling Tamara Hayle Mystery Series and the Odessa Jones Mysteries, as well as adult fiction, children's books, and paranormal romance (under the name Savanna Welles). She is the recipient of numerous honors, including the Excellence in Adult Fiction Award from the Black Caucus of the American Library Association, the National Association of Black Journalists Griot Award, the Amigirls Book Club Author of the Year and the Literary Beacon Award from the national Go On Girls Book Club. A former executive editor of Essence(R) Magazine and Sisters in Crime board member, she is currently an artist-in-residence at the Cicely Tyson School of Performing Arts in East Orange, New Jersey. Wesley is a graduate of Howard University and holds master's degrees from the Bank Street College of Education and the Columbia Graduate School of Journalism. She is married to noted screenwriter and playwright Richard Wesley and has two adult daughters. She can be found online at ValerieWilsonWesley.com.

Time to Discover Your New Favorite Sub-Genre of Fiction 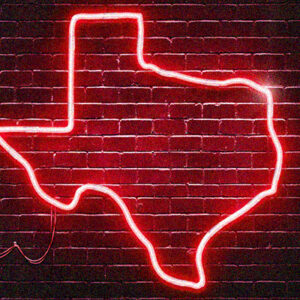 If one were to apply a filter to my family for certain Texan features, we come off sounding like a cliché. Oil business?...
© LitHub
Back to top