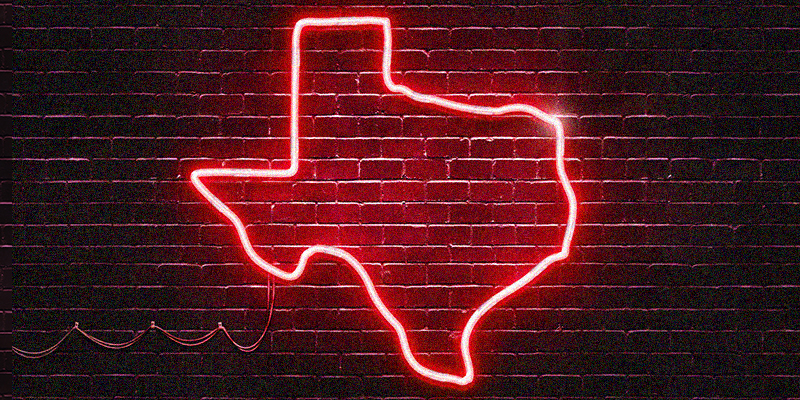 "[T]here’s more to me than bluebonnets and cowboy boots. And there’s plenty more to Texas."

If one were to apply a filter to my family for certain Texan features, we come off sounding like a cliché. Oil business? Both grandfathers were in the oil business. Raised cattle and grew pecans, too. Did I go to rodeos? Sure, and my brother did competitive cutting and my cousin was a champion barrel racer. Did I have a live longhorn steer photo booth at my wedding? Well, yes. Yes, I did. Do I swoon to the sound of boots scuffing against a gritty dance floor while George Strait sings “Amarillo by Morning”? Hell, yeah. But, I’m here to tell you what, there’s more to me than bluebonnets and cowboy boots. And there’s plenty more to Texas. The following is an incomplete list of some of my favorite authors who have given their slice of Texas the courtesy of nuance, the care of criticism, who have anchored their stories in specific, regional and personal detail, thereby enriching and advancing the story of Texas. 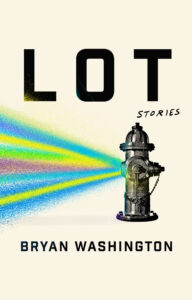 I want to start with Lot, because this collection of stories takes place in my hometown, Houston. And not just in my hometown, but in many chapters right in my neighborhood. The local specificity is granular. In the book’s front matter there’s an illustration of disjointed grids with frayed edges, depicting the unregulated, anti-planned network of Houston’s roads. Chapters are all names of streets or neighborhoods, and intersections are named and described throughout. The whole collection reads like an intimate tour, maybe a close friend showing you the sights, filling you in on his life and the gossip of the neighborhood. Washington’s narrator knows this town like the back of his hand, and in mapping out these streets and landmarks, he’s taking ownership. For a gay Black and Latinx man “too dark for the blancos, too Latin for the blacks” this is no small thing.

So many of the stories about Texas, many of them dear to me, are told by (shocker!) white men, but in Lot, whiteness is the other, the interloper, a “Peter Parker type” or a yuppie in sunglass asking what’s special on the menu. White intrusion causes the “molting” he describes, neighbors everywhere being sloughed away to loan-qualifying hipsters. In this heartbreaking line, he describes the changes in his neighborhood like a dying relationship: “If you couldn’t afford to leave and you couldn’t afford to fix your life, then what you had to do was watch the neighborhood grow further away from you.” Even without his heaps of accolades for Lot, Washington does for his book, and his voice, what he does for his Houston—he stakes a claim for it in the body of American, and Texan, literature. 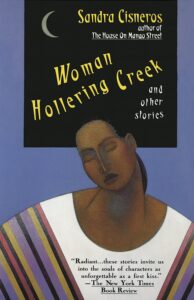 Woman Hollering Creek and other stories by Sandra Cisneros

Born in Chicago and raised between Mexico and the US, Sandra Cisneros came to San Antonio in her adulthood and stayed for nearly three decades. In Hollering Woman Creek, she writes about her adoptive town with a rich, sometimes bewildered attention, even as she’s criticizing it. In one story, the character’s mother, fearful of her daughter leaving for the state, describes certain Texans’ tendency toward a grandiose form of shit-kicking Tejanote, “which is sort of like ‘Texcessive, in a redneck kind of way. You know how they are. Always looking for a fight.”¡Tejanote!  Texcessive! Cisneros deserves an award just for having coined these terms.

Her being a newcomer at the time when she wrote Woman Hollering Creek lends her descriptions a brightness, an element of surprise. Familiar features, like the seasonal bird flocks a native might take for granted, catch her eye. She characterizes these loud black birds, pests to many, as “distinct as treble clefs, very crisp and noble and clean”. Further down she uses Spanish to uplift the common bird. “City calls them grackles, but I prefer urracas. That roll of the r making all the difference.”

One thing all Texans can complain about at some point in the year or another is the heat. Cisneros has her own, perfect take: “Heat like a husband asleep beside you, like someone breathing in your ear who you just want to shove once, good and hard, and say, ‘Quit it.’” Later she captures the love/hate relationship to our fickle weather: “Here it is January already. Sky wide as an ocean, shark-belly gray for days at a time, then all at once a blue so tender you can’t remember how only months before the heat split you open like a pecan shell.”

There are dozens of moments like these, where I underlined and scribbled YESSS where she stuck a pin in these fine-pointed details. I didn’t know I needed to read about her revulsion of our “Pleistocene” Texas cockroaches to fully understand my own, but clearly I did. She writes, “What made them unbearable was this. The scuttling in the middle of the night. An ugly clubfoot grate like a dead thing being dragged across the floor, a louder than life munching during their cannibal rites.” 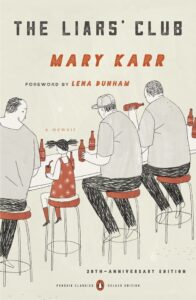 Named for her father’s tall-tale-tellin’ group of friends, Mary Karr’s bestselling memoir is a book about storytelling. In describing her father’s gift for spinning a yarn, she put it simply: “He knew how to be believed.” And though most Texans may not call themselves writers, the tradition of storytelling, especially for the purpose of boasting, gossiping, or getting a laugh, is in our blood.

If you get a chance, listen to the audiobook, read by the author. Karr’s voice—which is folksy, expressive and at times both poetic and anti-literary—is as much proof of her Texanness as the contents of her stories. Dry, punchy, sardonic, never sentimental but always cutting right to the beating heart of a moment, she has a PhD in Texas idiom, many that sound like home to me, others I wish I’d thought of myself. An empty lipstick tube is a spent shell casing. An intelligent woman has “more going on north of her neck than her hairdo.”

Liar’s Club is set in her hometown, in the toxic-waste soaked refinery town Texas appropriately named Leechfield, which is part of piney woods section of East Texas called “the big thicket”. This is swampy, noxious country, “too ugly not to love.”  Karr’s M.O. is looking ugliness—from her parents decline into alcoholism, to abuse of every kind—square in the eye, describing it, unflinching. In doing so she takes the feared or hated subject and integrates her experience, making it if not loveable, at least knowable. 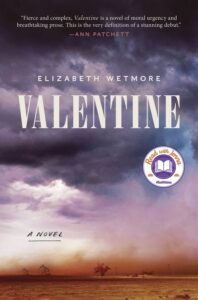 Now that I’ve told you we are more than oil and BBQ, I’m gonna go ahead and backtrack a little. There are parts of Texas where oil, and cattle, and cotton are everything. It’s not cliché if it’s real, and that’s the part of the state depicted in Elizabeth Wetmore’s Valentine. In Odessa, little else breaks up the flat hard landscape but the nodding derricks and the odd duststorm. The stark, unforgiving landscape sets the tone for the wanton crime and the community at the heart of her novel. Where she challenges the balls-of-steel Texan roughneck mythology is by focusing her story on women. What Wetmore nails with such precision is the particular strain of womanhood that is forged by this landscape and the men who try and fail to break them. I know this woman. She’ll stomp a rattlesnake with the heel of her boot. She’ll clean and process a deer in twenty minutes flat. She’ll clear poison oak with her bare hands. She sounds mythical, but toughness is her baseline and she doesn’t see the point in calling for help when she can do it herself. Extra authenticity points to Ms. Wetmore for the lavish references to King Ranch casserole. 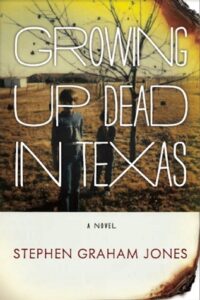 Growing up Dead in Texas by Stephen Graham Jones

Reading his memoir-true-crime-novel, I can see why Stephen Graham Jones writes about horror. In the West Texas farming community of his childhood, people lose a finger to cotton wire stuck to a wedding ring, or a hand to the oil pumps, dive into a fence and end up with a mouthful of barbed wire, get brained like a pumpkin under the wheel of a truck. I’ve always been drawn to violence and gore, maybe because I grew up straddled between two worlds, city and country, one protected, the other rife with hazards—cottonmouths in the creek that everyone swam in anyway, ferocious swarms of fire ants, electric fences, poisons, tame animals that were prone to kicking or trampling if spooked. There were guns of course and the odd tale of a rogue bullet hitting someone wrong. Truth is, life in the country can be mean, and much of the personality of Texas has been shaped by the ranching, farming and cattle families that work its land. There’s a toughness, a dark humor, a comfort with death and disfigurement in the country. Jones’s offhanded brilliance shines through in the way he captures the familiar sights of his hometown: a barrel girl pulling her hat down low, or the beauty of a frito pie bag. It’s self-effacing, familiar, and more oral tradition than written. You forget that you’re reading and not being told over a fire under the West Texas stars. 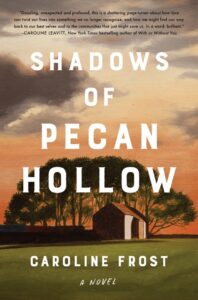 Caroline Frost has a Master of Professional Writing degree from the University of Southern California and is a licensed marriage and family therapist. Although she currently resides in Pasadena, California, with her husband and three small children, her roots in Texas run deep. Shadows of Pecan Hollow is her first novel. 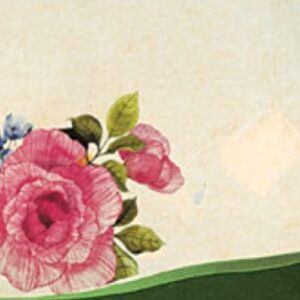 Another week, another batch of books for your TBR pile. Happy reading, folks. * Rob Hart, The Paradox Hotel (Ballantine) "Stellar....
© LitHub
Back to top