Paul French Tours the Dark Side of the Austrian Capital

By and large a great deal of Vienna-set crime fiction delivers what you might expect—plots hatched in coffee houses, murders to the background of a Strauss waltz, mysteries that somehow involve psychoanalysts or psychoanalysis and an enormous number of spies (pre-war, wartime, post-war, and Cold War). Freud, Hitler and Marx are all over the Vienna psyche: and now we have to analyze the city’s criminal literature output.

For many crime aficionados Vienna and crime starts with Orson Welles as rogue American black-marketer Harry Lime down in those city sewers or up in that Ferris wheel in the Prater expounding on life, morality and the shortcomings of the Swiss. Graham Greene’s novella The Third Man (1949) and the subsequent Carol Reed-directed movie (with a script by the author himself) have etched post-war Vienna on our collective eyeballs fantastically. Say Vienna to most serious crime fans and that zither music starts playing on repeat in the background (the theme tune spent eleven weeks at No. 1 on the Billboard charts in 1950). Furthermore, Greene was a man who did his research; he went to Vienna and described what he saw vividly.

What we get in our Third Man view of Vienna is a city in decay, post-war and, as Greene describes it, still with its “prancing statuary” and “heavy public buildings” but with the Danube a “gray flat muddy river,” and the Prater park “smashed, desolate and full of weeds.” A chillier than usual, but essentially classic, locale for “Greeneland.” The city still had destroyed Nazi tanks rusting away waiting to be scrapped, the once ornate shopping boulevard of the Kärtnerstrasse existing only at lowered eye level, nothing repaired above the first story. This is the Vienna Rollo Martens arrives in on a cold February day in 1947 to look for his old friend Harry Lime; a city of ersatz coffee and food rationing, divided between the Americans, British, French and the Soviets.

Move into later post-war territory and Vienna transforms from Greeneland to Le Carré world. In A Perfect Spy (1986) Magnus Pym is “Counsellor for Certain Unmentionable Matters” at the British Embassy in Vienna (in reality Head of Mi6 Station in the city). Vienna is a very comfortable and bourgeois frontline in the war against the Soviet bloc—those rusting Nazi tanks have been removed, the Prater is once again a charming Mittel European park, there are queues for the Ferris wheel and the Kärtnerstrasse is once more a desirable retail destination. It’s not actually a spoiler to say that Pym is a Czech spy though how he came to betray his country is the meat of the novel and famously is also partly autobiographical—Le Carré was an Mi6 officer, specifically a German specialist who joined the British secret service while stationed in Austria with the Army Intelligence Corps after the war. Le Carré’s father (like Magnus’s in the novel) was indeed an unrepentant conman (as Le Carré admits in his excellent 2016 memoir The Pigeon Tunnel). Vienna constantly pops up in his work as the epitome of a cultured European city, though also a post-war frontier post.

What Le Carré often shows in his writings on the city is that Vienna is more of an eastern European city than we perhaps sometimes think—east of Prague, closer to the tank-trap lined border of the old USSR than to France; the former last stop in the democratic west before you went behind the Iron Curtain. Therefore it’s a listening post and a playground for spies. One historian has estimated that, at its Cold War height, Vienna was home to at least 7,000 spies of all stripes—East, West, you name it, they all spied in Vienna. And in fiction everyone, not just Le Carré, takes their spooks to Vienna it seems. Book four in Daniel Silva’s Gabriel Allon series, A Death in Vienna (2005), sees the best selling art restorer and spy sent to Vienna to discover the truth behind a bombing which killed an old friend—a Nazi hunter. Similarly so for Philip Kerr’s super-popular wartime German cop and occasional spy Bernie Gunther who dropped in on post-war Vienna to investigate the murder of yet another Nazi-hunter in 1991’s A German Requiem, the third novel in the still-running series.

If you want a pre-war spook-ridden city then Alex Gerlis’s Vienna Spies (2017) is an excellent depiction of a capital that is certainly beautiful, cultured, well mannered but, as Rolf, Alex Gerlis’s Austrian anti-Nazi British agent thinks, few would describe Vienna as friendly while the Anschluss shows that the city can goosestep and sieg heil with the best of them. If you prefer your Vienna Cold War rather than hot then Olen Steinhauer’s 36 Yalta Boulevard (2005; and which is invariably published as The Vienna Assignment outside the USA) is a gripping read. State Security Officer Brano Sev (Steinhauer never quite tells us which country Sev comes from but he’s obviously from the other side of the Iron Curtain) is framed for murder. To rehabilitate himself he must infiltrate a group of dissidents fleeing to the west (this is the 1960s) and follow them to Vienna. Sev is a great character and this novel is actually his third outing after The Bridge of Sighs (2003) and The Confession (2004). If you like Cold War thrillers all three books are worth reading, though 36 Yalta Boulevard is the one for those looking for Vienna details.

Enough spooks, now some other denizens of the city. J. Sydney Jones is a hard writer to keep up with. By my count he’s on the sixth of his Viennese Mysteries now. Jones is an American who lived in Vienna for many years—his love of the place and its history pours out of his 1900 set novels featuring lawyer and private inquiries agent Karl Werthen and his good friend the groundbreaking criminologist Hans Gross. The first in the series, The Empty Mirror (2008), is a good place to start for obvious reasons but, for my old Austrian Schilling, the fourth in the series, The Keeper of Hands (2013), is especially atmospheric.

But we can’t finish talking about Vienna without the psychiatrists. Quite a few authors have played around with the idea of Vienna as the historic home of psychiatry being riddled with psychiatrists moonlighting as detectives—up to an including Dr. Freud himself. Most agree that Frank Tallis is the master of the sub-genre of Viennesse psychiatry thrillers. Tallis is actually English and has held academic posts at the Institute of Psychiatry and King’s College, London. But fiction readers know him for his Max Liebermann series set in turn of the century (that’s 19th to 20th) Vienna. We met Liebermann first in A Death in Vienna (2006) where, as a follower of Sigmund Freud and a pioneer on new frontiers of psychology, he is called in to help out his friend Detective Oskar Rheinhardt. There are now six novels in the Liebermann series—all are set in Vienna and all are well worth reading right through the series up until the last Death and the Maiden published in 2012. Sadly Tallis seems to have ended the series though it is rumored a TV adaptation is still in the works.

And lastly there’s Wolf Haas—an Austrian crime writing sensation although not actually Viennesse, but I’m going to mention him anyway. We have the great New York imprint of Melville International Crime to thank for the three Haas novels available in English. The Detective Brenner novels are quirky but dark with, in the first book Brenner and God (2012), our hero chucked out of the police force and working as a chauffeur but still finding crimes to investigate. Brenner has been described as “the Colombo of Austria” and that’s evident in the second novel, The Bone Man (2013), about a murder in a chicken restaurant and Resurrection (2014) where a holidaying American couple turn up dead on a ski lift.

There’s something missing in Vienna-set crime fiction. We have plenty of authors returning to the twin honeypots of spooks and shrinks; Cold War shadow warriors and turn of the century nascent Alienists. But the city lacks a more contemporary dimension—where are the detectives stalking the streets of the Austrian capital today? Certainly Vienna faces new challenges—migrations from Eastern European, the city as a destination on the trans-European refugee trail? Vienna still stands at the crossroads of history as it’s playing out right now. Perhaps it’s time for the arrival of a really great Vienna-set crime series that tackles these contemporary issues. 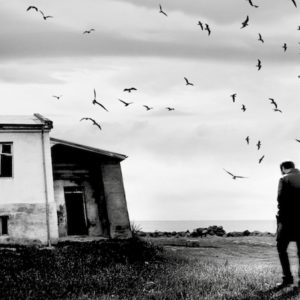 Henning Mankell, After the Fire (Vintage) Mankell’s legion of fans who are jonesing for the solid procedurals in the wonderful...
© LitHub
Back to top