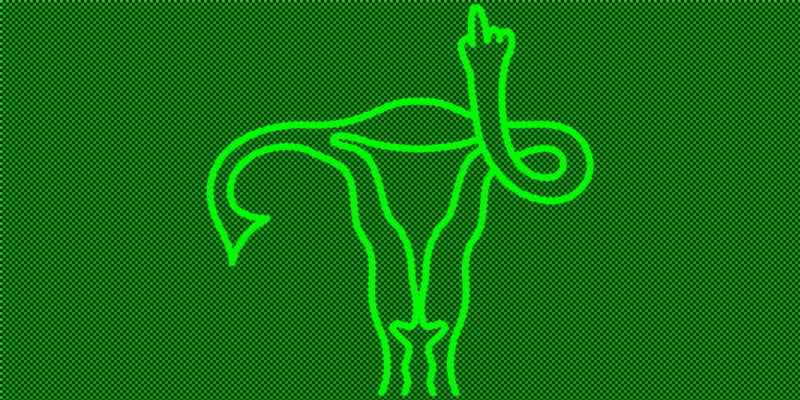 On reproductive choice, medical necessity, and breaking the law.

This is not a piece on writing about abortion as crime. This is a call to do crimes in order to secure reproductive choice, and to write sympathetically about those who would break the law in a myriad of ways in order to do the right thing. Because reproductive choices just got a whole lot more expensive to make, that means a discussion of Property As Theft, and the Justified Theft of Property, so tune out now if you value $ over people.

One more quick note before we begin: there is an excellent abortion thriller already out there, called Don’t Turn Around*, by Jessica Barry, in which two women are racing to New Mexico to make it to an abortion appointment, and someone is following them determined to stop their journey by any means necessary. However, none of the sympathetic characters in this book actually commit crimes, just self-defense, so that’s why it is not included in the following discussion. Please read this book, it reminds us all that anything involving reproduction is basically a countdown thriller. There are also quite a few Northern Irish crime novels that feature abortion plotlines.

There’s a classic setup in philosophy called the Heinz Dilemma: a husband (Heinz) steals some medicine to save his sick wife, because the medicine is prohibitively expensive. That’s the set-up for many a crime novel, too—breaking the law is generally (emotionally) justified in fiction when in service of obtaining necessary medical care for a loved one. In Gabino Iglesias’ latest, The Devil Takes You Home, a father becomes a contract killer to pay for his daughter’s cancer treatments. In S. A. Cosby’s Blacktop Wasteland, a family man goes back into the life for one last heist when he needs a sizable chunk of funding for his mother’s retirement home. These are both brilliant novels that examine the intersection of American crime and America’s lack of safety net, and both are essential reading. They are the best recent examples of a longtime trope in crime writing. So, why can’t I think of a single crime novel in which crimes are committed to provide access to women’s reproductive care?

With the overturning of Roe v. Wade, we’ll need a new wave of thrillers and crime novels that hammer this message home, and we have few at the moment to even start the discussion. One of the greatest feats of fiction is to demonstrate sympathy—or empathy—for a person who’d be demonized IRL, and yet so many have relegated the abortion novel to the sphere of social issue drama, rather than asking a fundamentally crime fiction question: what isn’t acceptable to do while seeking care for a loved one? Almost nothing, apparently, unless that care is abortion.

Abortion, as a decision, is often based on the quality of life expected for the future child. When, in history, the quality of life expectations for children were abysmal, abortifacents were commonly used and infanticide often practiced as a form of love. Patriarchy rests on the ability to forcibly reproduce a capitalist workforce (see Silvia Federici’s Caliban and the Witch for a full discussion of how the witch craze in early Modern Europe was predicated on the need for increased reproduction in an age of accumulating capital).

And yet of all the psychological thrillers to come out post-Gone Girl, few (if any—please, if there are some, lmk!) show abortion or infanticide as a form of resistance to the kind of life that child would have lived. Instead, psychological thrillers tread similar territory in the realms of motherhood, featuring mothers with maternity leaves, wanted children, and messy feelings about motherhood that resolve by the end of the novel, usually through being a more engaged mother than the narrator’s own maternal figure. (Or, in one delightful exception to the rule, being proven right that your child is in fact a psychopathic murderer of babies.) The answer to happiness apparently lies in accepting the straitjacket of maternal bliss, looking just messy enough to be authentic while secretly embodying perfection, and reassuring yourself and your readers that you never really hated your baby at all. Ellery Lloyd’s People Like Her is one of the best to question this set-up in thrillers, delivering a blistering diatribe against the ways in which motherhood has been sold and packaged for the Insta generation.

Yet where are the characters who would be parents, except they live in a shitty society dependent on the nuclear family for caregiving, earning wages that have been stagnant since the seventies, economically structured by historically racist institutions, providing little support for disabled people, and on the brink of environmental collapse? Where are the characters who are forced to become parents because they lack the several thousand dollars, not to mention the paid time off from work, it now takes for half the country to get an abortion? Where are the characters who were forced to become parents, love their children, and are watching their children suffer from the institutional racism, classism, ableism, and sexism of a broken society? Where, in short, are the characters thinking about reproductive choices and their context in crime fiction?

Where are the characters thinking about reproductive choices and their context in crime fiction?

Toni Morrison’s Beloved features a mother’s choice to spare her baby from a life in slavery by ending her child’s life, a harsh decision, yet one made out of love, and one made by oppressed women seeking abortions every day. This is the kind of story that crime fiction needs to tell.

There are plenty of pregnancies cut short in crime fiction, don’t get me wrong. If Planned Parenthood got a donation every time a dead mistress, cheerleader, or sex worker also turned out to be pregnant in a thriller, well, men would be a whole lot better at donating to Planned Parenthood. Pregnant people are in reality more vulnerable to being murdered, but the dead pregnant mistress trope feels more predicated on the idea that a woman isn’t enough of a person for her death to shock on its own. Think of the ending of Brick: main dude is shattered when he learns his ex-girlfriend was pregnant when she was murdered, far more than when he found out she was first killed. Now it’s not a dead person he’s sad about: he’s messed up about a dead part of himself, and the patriarchy is nothing if not a sucker for narcissism. Not only that, but the femme fatale is the one to deliver the news—she knows how to hurt the protagonist the most, and it’s not through letting him know more about his girlfriend as a person. It’s about turning his girlfriend into a vessel for his genetic material, and then taking away his control over that genetic material.

While we’re thinking about pregnancy as wielded information to harm the fragile male ego: in Rebecca, Maxim de Winter kills his first wife when she informs him that she is pregnant by her own cousin. She tells him she’ll make him raise another man’s son and there’s nothing that can stop her—so he goes ahead and shoots her in the heart. Death is Rebecca’s way of regaining agency over the quality of her own life: she’s dying of a painful cancer of the stomach, and getting her hated husband to dispatch her is the perfect way to end her own life on a high note. (In the 1940 adaptation, Hitchcock switches things up a bit, having Rebecca fall and hit her head so her husband isn’t a deliberate murderer, while the 2020 adaptation hews closer to the novel’s finish.)

I wrote ages ago about trying for a new Bechdel Test in crime fiction. Let’s add another possibility to that list: a character does whatever it takes to secure reproductive choice for themself and/or others, and no one dies in the process unless that death is clearly attributed to institutional oppression, lack of access to medical care, or the failure of the safety net. Or a painful stomach cancer. Also, any crimes they commit in the pursuit of seeking reproductive medical care are considered by the author and readers to be completely justified. Especially property crimes.

*A previous version of this article contained the title Don’t Look Back. 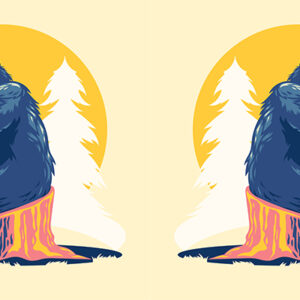 The first word people reach for to describe my novel Patricia Wants to Cuddle is usually something like “bonkers,” “bananas,”...
© LitHub
Back to top