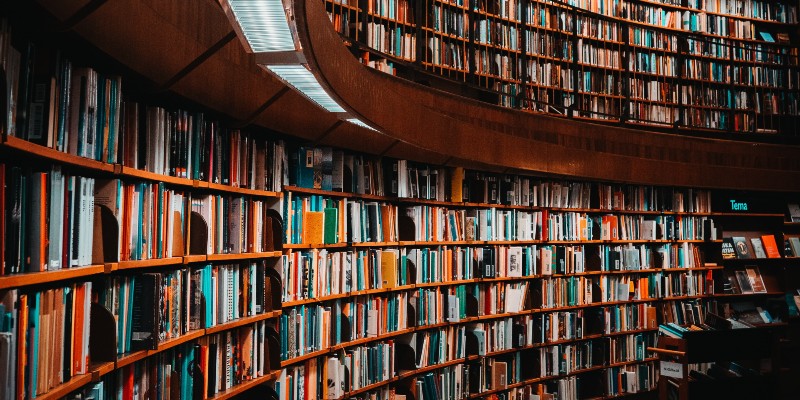 Chris Whitaker wanted to write a book. First he needed to quit his job in finance and go to work at the local library.

I started working at my local library two years ago. After a decade spent in the city, I knew I wasn’t happy and so left the world of finance behind in order to concentrate on writing. It wasn’t planned. I was called into my boss’s office and offered a promotion, and right there and then decided to quit. I’d recently read a book by the author John Hart, and subsequently an interview in which he talked about turning his back on a successful law career in order to spend more time writing. It was hugely inspiring.

My wife was a student at the time, and pregnant, and had no idea I wanted to write a book. She was very supportive (and is slowly learning to love me again).

I’ve always been a reader, and growing up there was no place I’d rather go on a Saturday morning than my local library. My dad would sit and read a newspaper while my brother and I had the run of the place. Being four years older, my brother would venture off in search of Judy Blume’s Forever, then glance around nervously while he sought out the sex scenes.

I was ten-years-old, so of course headed straight for Stephen King. My dad was an avid fan but shelved his copies far out of reach. I knew well enough that I wasn’t allowed to read adult fiction, so I took to hiding a copy of It inside a comic book. I’d take a seat in the children’s section and read through my fingers, afraid to turn the pages but needing to find out what became of Richie and Beverly and Eddie.

Until then I had no idea books could be so powerful, characters so vividly drawn, and prose so utterly terrifying. It was revelatory. And the library became my gateway into these other worlds, lives and experiences.

I would sit among the towering shelves, intoxicated by that familiar, comforting ‘library smell’. I recently discovered that you can buy library-scented candles. They have evocative names such as New England Bookshop and Vintage Bookstore. (Working in a library has led me to discover the smell is actually cellulose decay, which makes for a much harder sell.)

So, my love for the library began when I was a child, but it has continued throughout my life. It’s a place I went to study for my exams when I needed quiet, which was often, as my brother had now graduated to Playboy and felt the need to share interesting articles with me. And now, as a parent, it’s a place I take my own children. Wherever I am in the world, I can go into a library and instantly feel at home.

Writing can be a lonely pursuit. Don’t get me wrong, I love it. Sitting down and telling a story, it’s always been a dream. But I needed something to supplement writing, where I could get away from my desk. So when a job became available at my local library, I jumped at the opportunity.

Calling it a job doesn’t seem quite right. Of course it’s work, I get paid, but, like writing, it’s so much more than that.

I live in the UK, and set We Begin At The End in California and Montana, which was daunting to say the least. I wanted to tell the story where I saw it best, and knew there would be challenges to overcome, but also knew the library would be a huge help. When I first sat down at my desk I felt a world away from the characters I was writing about, but research helped to close that distance. I need strong visuals when writing a scene. I like to feel what my characters feel, to see and hear what they do. And so I got to work at the library, reading everything from US-set fiction to travel guides. Whatever I wanted to find out about, the library had me covered. I needed to know what trees grew in each scene, so I went to the horticultural section. What music was playing on the radio—popular culture.

The beating heart of We Begin At The End is a thirteen-year-old girl named Duchess Day Radley. She’s very much alone, the sole carer of her younger brother and addict mother. Not knowing who her father is, she has no tangible roots, so when a school project into her family tree turns up a distant link to a wanted outlaw, Duchess grasps hold of this information tightly. And in the story her research into outlaws mirrored my own. I scoured the history books and learned of Wild Bill Hickock and Jesse James, Buffalo Bill and Annie Oakley.

And though my towns are both fictional they sit in real locations. We have a huge selection of maps at the library, and I spent months studying them. I perhaps use less than one percent of the research I conduct, but being armed with that background knowledge gives me the confidence to go on with telling the story I want to tell, and getting to know characters I will spend the next years of my life with. So whilst I fit writing around my shifts at the library, I draw so much from every hour spent there.

As for life at the library, the work itself is as varied and interesting as the customers that come in. We have a library member who will only read books from male authors with a surname beginning with K. Another who repeatedly asks for very specific books that don’t seem to exist. And another who insists James Patterson takes up far too much of the crime fiction display. Okay, that last one was me. I love you, JP.

As well as the more general duties, shelving books and working the desk, I also help with Baby Rhyme Time on a Tuesday morning. We stand in front of a large group of toddlers and parents and turn ourselves into dingle-dangle scarecrows, all the while trying to fend off the lap-climbers whilst also trying to remember the actions to a dozen nursery rhymes. Organised chaos doesn’t come close. And after a long weekend spent pouring over edits, discussing marketing and PR plans and bracing myself ahead of the book launch, there’s no better distraction in the world.

Being surrounded by readers each and every day is an absolute joy, but working during lockdown has had its advantages too. Whilst the library has remained open (the government quite rightly deemed it an essential service), the public aren’t allowed into the building, and so Ready Reads was born. You can simply email in and request a book pack, and we library workers go about choosing novels we think (hope) you will enjoy. As well as peddling my own books (no matter what genre you request, if I’m selecting you will get a Chris Whitaker book) it’s also been wonderful learning people’s reading habits and hopefully introducing them to new authors they’ll fall in love with. I just adore how subjective the business of reading is. We hold thousands of books in stock, and out there is the perfect reader for every single one of them.

And book-selecting has forced me to read more widely, which undoubtedly helps me with writing. We Begin At The End is quite difficult to categorise (and I know this because I have to choose where to shelve it) and I think that’s largely because I set out to write a mystery, but ended up writing a book about life. The story follows two characters over a year, and that year covers everything from a murder and trial, to a girl getting ready for her first winter dance. Life isn’t easily categorised, and often neither are the stories that shape them. I’ve met many people in the library, from all walks of life, and sitting and listening to them, or even getting to know them through the books they choose to read, has been immeasurably important in helping me write.

So, now I’ve been working at the library for a couple of years. I’ve navigated the computer system, which is endearingly temperamental, learned how to tell someone they’ve racked up a $30 fine whilst offering a sympathetic smile, and worked out why the graphic novels have to be kept under lock and key (light-fingered rascals). I’d like to say I’m fairly competent, until someone mentions the three words that strike fear into the heart of every library worker in the country.

And what a challenge it is. Thousands of kids, thousands of books. Medals, certificates, ceremonies. It’s totally mad, and totally brilliant. And also brings me back to what I love most about the library. It encourages people to read.

And it inspires me to write.

I just love working at the library, and I wouldn’t change a single thing about it.

Okay, but nothing else. 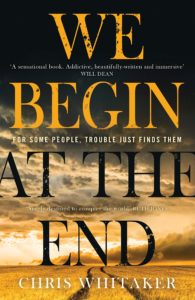 Chris Whitaker lives in the United Kingdom with his wife and three young children. When not writing he works part-time at a local library, where he gets to surround himself with books. 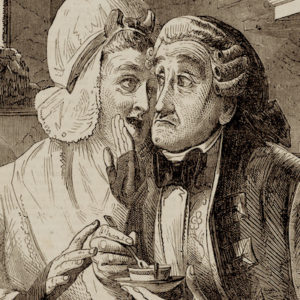 There’s nothing more delicious than a good scandal, and the best scandals are practically a cottage industry, spawning...
© LitHub
Back to top