One Thing Is Certain: The Next Reacher Is Going to Be Big

While Tom Cruise has courted controversy for much of his life, he’s never provoked quite so much outrage as when he agreed to play the character of Jack Reacher. There may be many reasons why fans of the long-running Lee Child thriller series get so riled up about Cruise playing their beloved hero. Mostly it’s because he’s short. And Jack Reacher. Is. Not. Short. Reacher is consistently described as 6’5″ and 250 pounds. He’s an agent of force who drifts into town, fights for the little guy, and usually takes on dozens and dozens of large armed men. Size is a pretty central feature of his character. Arguably Cruise was a provocative choice to play the hulking punisher, and perhaps the movie producers were trying to teach us a lesson about the size of an individual’s spirit versus the volume of his brawn (or maybe it’s that Tom Cruise is a really big movie star and gets things made), but that was not, ultimately, a lesson we wanted to learn. Over the weekend, Reacher’s creator, Mr. Lee Child himself, finally acknowledged that the many and loud complaints had been heard. “Cruise, for all his talent, didn’t have that physicality,” Child said in an interview with BBC Radio. “Ultimately, the readers are right. The size of Reacher is really, really important and it’s a big component of who he is.”

That was the buildup to the big reveal: Cruise is out, and the Cruise-led Reacher movie series is done. But not Reacher himself. That means the search is on for a new Reacher, this time for a TV series, and if there’s one thing we can be certain about, it’s that whoever plays the lead role is going to be big. Really big. At this point we can posit that the actor chosen for the part is going to be exactly 6’5″, or maybe 6’4″—6’3″ at the very smallest and only under special circumstances.

With that in mind, we scoured the halls of Hollywood and chose a few prime candidates who meet all the complex characteristics required to play this iconic character—that is, they’re super tall. We’ve broken down the top contenders into a few categories. Please weigh in with your own thoughts in the comments section.

Probably Too Big a Star at This Point But Still… 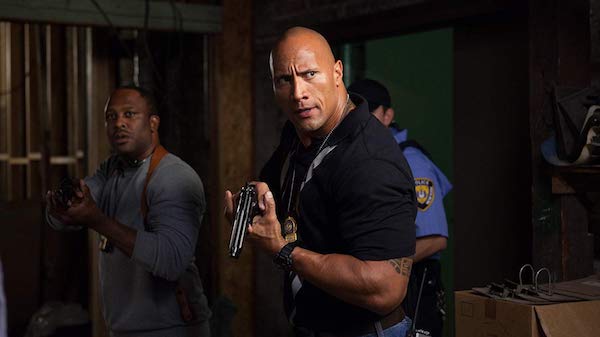 Dwayne Johnson is such a big star that he trained millions of Americans to call him by his proper name, no small feat for a man who once went by “The Rock” and is now revered under his birth name of Dwayne. He could certainly pull off Reacher’s stunts, and his appeal to the many lonely women of the Midwest, but he might be just a bit too charming to be Reacher. So winsome…Also he’s currently leading about a dozen other mega-franchises and has his own HBO show, and may well be running for President. 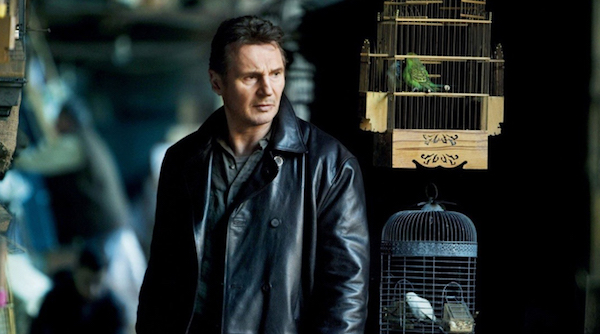 If only, instead of agreeing to film not one, not two, but three Taken films, Liam Neeson had said “forget it, I want to play Jack Reacher.” The world would be a better place now, if that had happened. On this we can all agree. 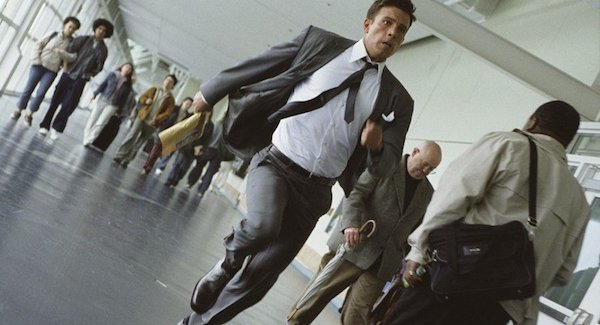 Ben Affleck…shockingly huge! At a bulky 6’4″ Affleck has the heft and power, but it’s a fair question whether at this point in the career he has the agility for 6-12 episodes of Reacher fight scenes. Sure, he gave Batman a shot, but that’s all done and in the ever-churning cycle that is Ben Affleck’s career, he’s due for a turn away from popcorn projects back to directing surprisingly good crime movies. 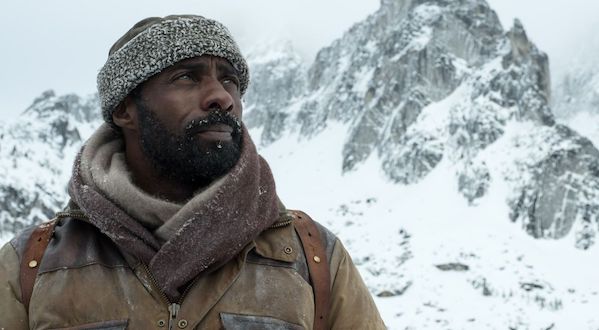 We know, he’s not quite tall enough, and probably has some prestige series / movie of his own in development now, but we obey a rule here at the CrimeReads office that says if we can put Idris Elba on a list, we will put Idris Elba on a list. Imagine if Stringer Bell had broken away from New York City altogether, and set off across the vast expanse of Middle America, ready to solve crimes, deliver one-liners, beat up bad guys, and of course, steal hearts. 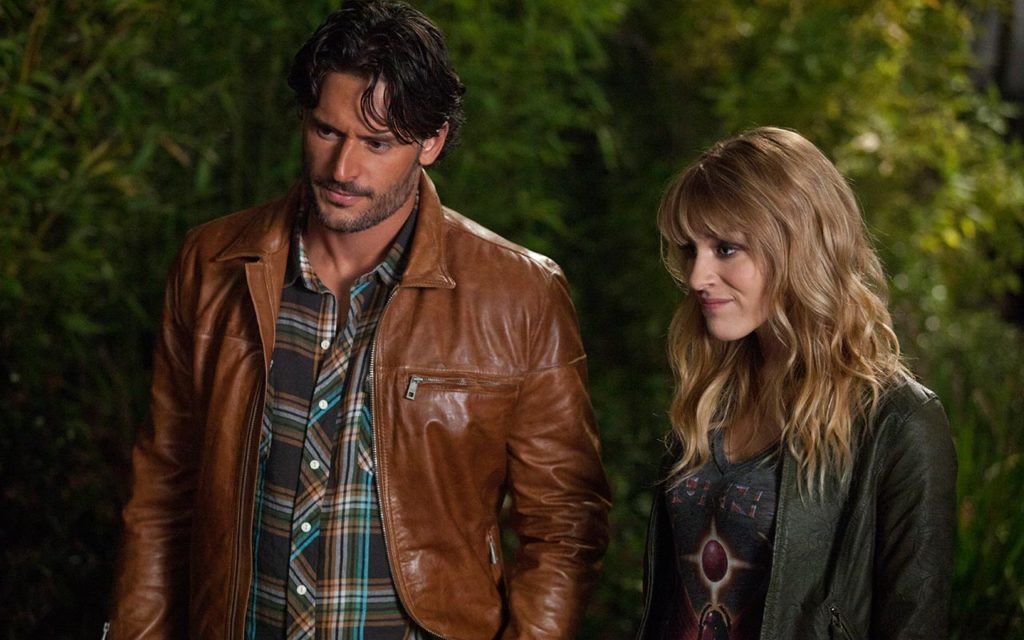 Manganiello is 6’5″ and a couple hundred pounds of Pittsburgh steal with a solid resume of action and Navy SEAL roles. But it’s his time as soulful werwolf / Sookie Stackhouse protector, Alcide Herveaux, on HBO’s True Blood that really prove his Reacher bona fides. Also, if you were worried about his dancing, the man basically stole the show in Magic Mike so, you know, don’t worry about that. #ReachersGotRhythm 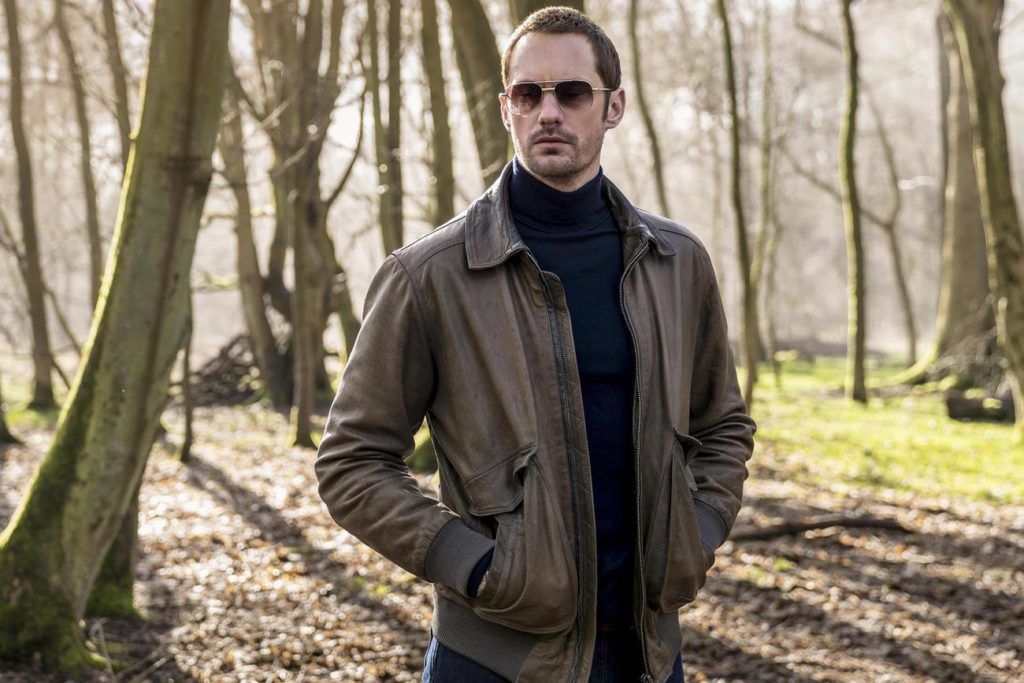 (Another True Blood vet.) What is it about those Skarsgårds, and their ability to play simultaneously appealing and menacing characters? Any Skarsgård, really, would play Reacher to perfection, although Alexander’s the one with the required elevation. And it would be fitting for a Swede to play a hulking American hero dreamed up by a Brit. 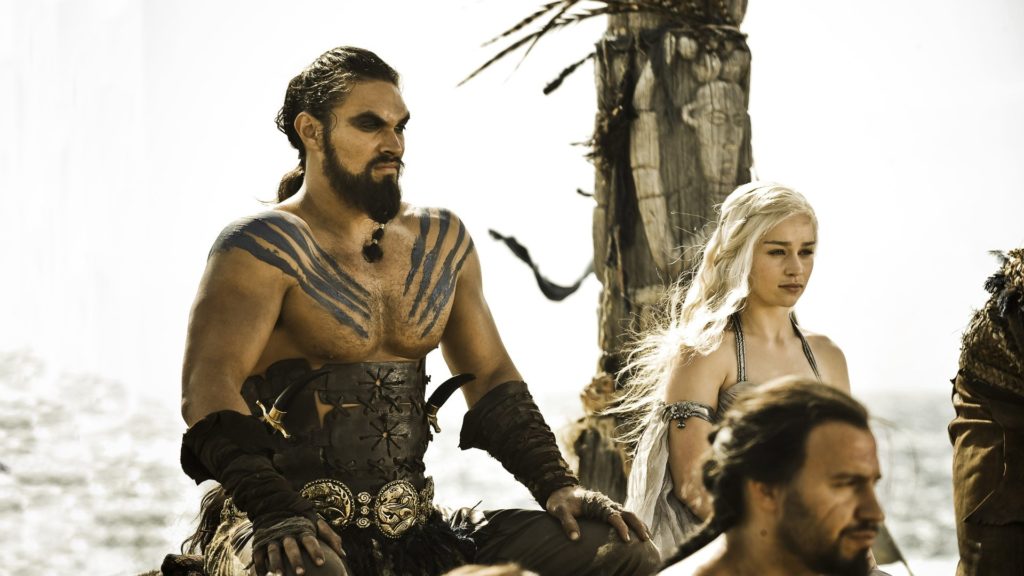 So the main criteria for inclusion on this list is, indeed, size, but Jason Momoa might be too big even to play Reacher, who we’ve always imagined as more of a lean, mean, killing machine. Momoa, however, with his winning appearance, action-film credentials, and Brazilian Jiu-jitsu skills, just might be able to pull off Reacher. As long as he doesn’t smile, anyway. The guy’s got such a winning smile. 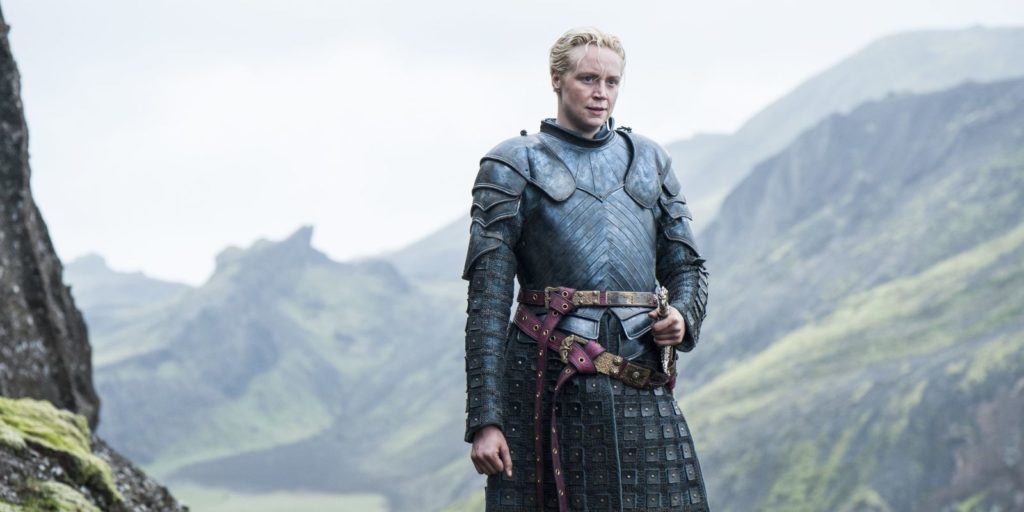 Gwendoline Tracey Philippa Christie is obviously a shoo-in—only the long name fails to jibe with her action super-stardom. Her role in Game of Thrones is basically Reacher before he leaves the military anyway, and we trust that once Gwendoline strikes out on her own, she’d easily match Reacher’s stone-cold efficacy and deep moral integrity.

Some Out There Suggestions 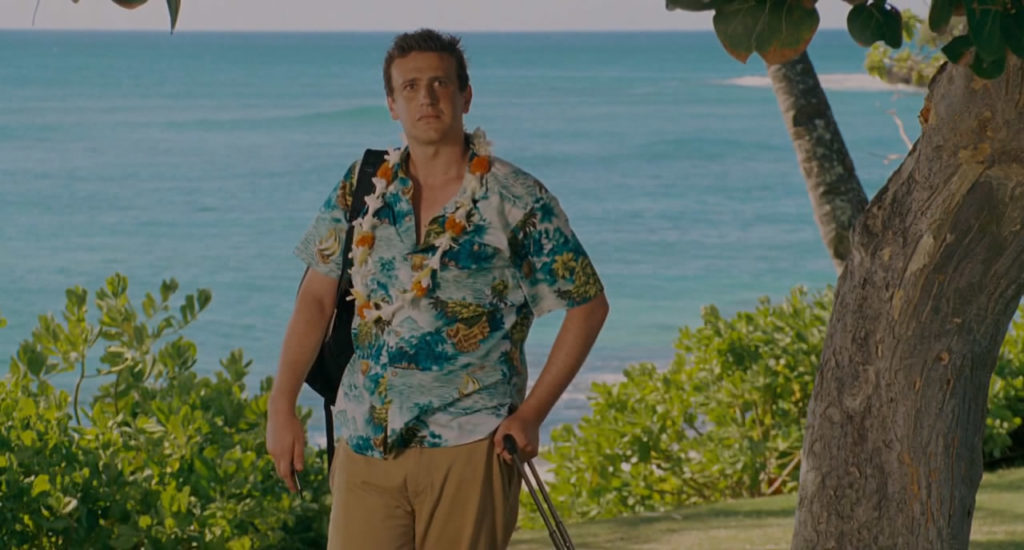 Imagine the look of disappointment on Jason Segal’s face when Seth Rogan breaks his guitar, and that, perhaps, could be the look on Reacher’s face when he must strike out on his own, abandoned by his beloved military community. Overall, though, we know that Jason Segal’s an entirely unsuitable actor to play Reacher—for someone whose job is the production of artifice, we can really only see him playing, well, Jason Segal. 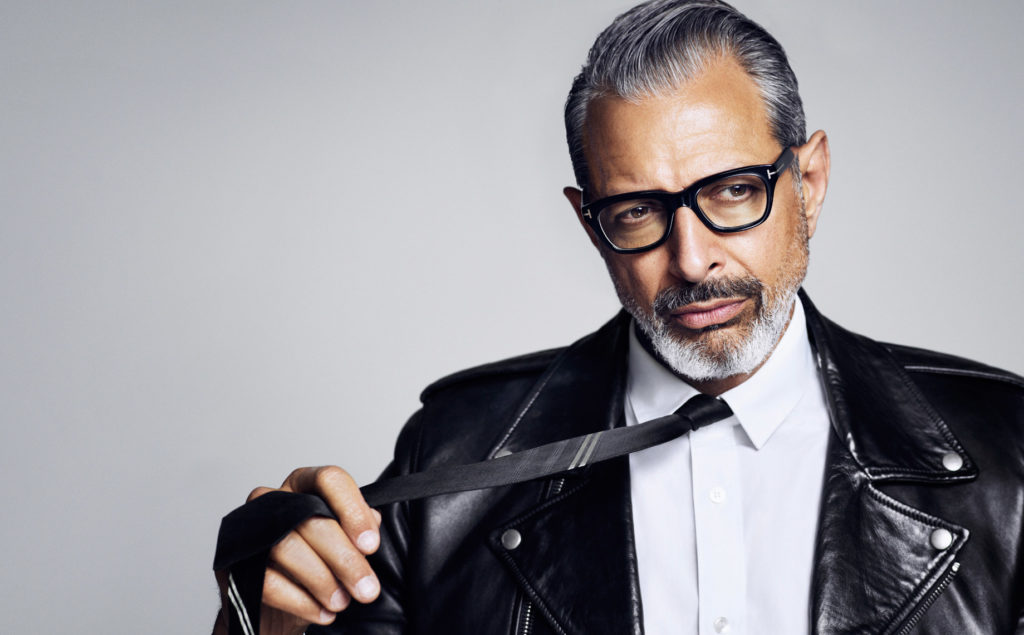 Jeff Goldblum, like Reacher himself, is inexplicably beloved to every woman who knows his name, despite about equal chances of Jeff or Jack sticking around for a real relationship. We understand that we really have no justification for why to include him on this list, other than his height. I mean, he might even be more unsuitable for the role than Tom Cruise, and that’s saying something. 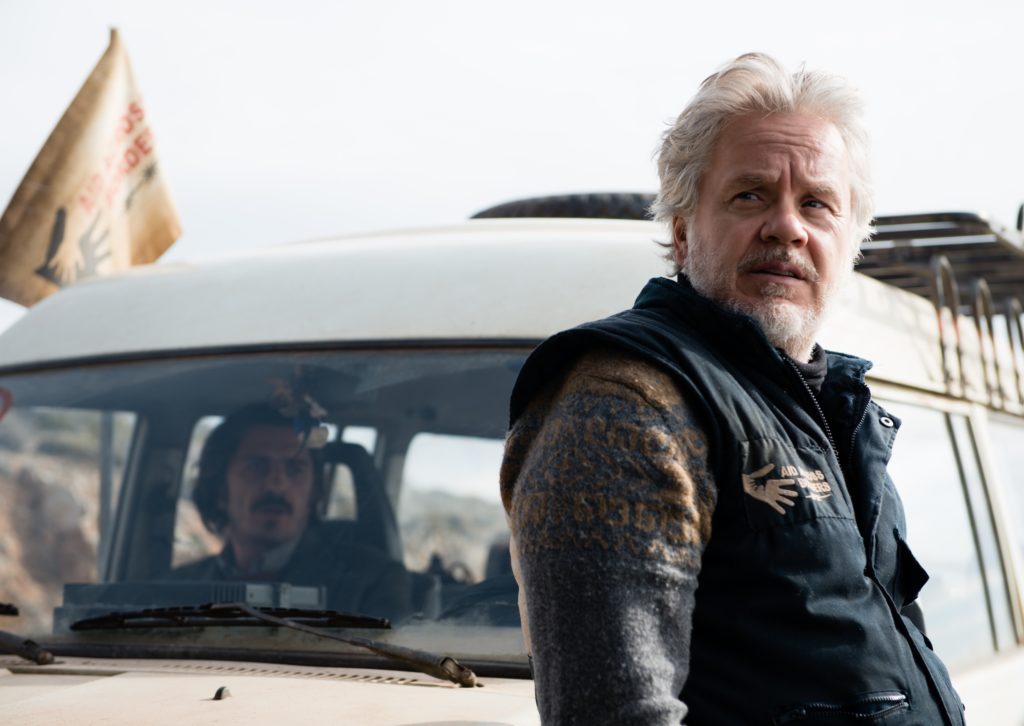 Tim Robbins is another one whose height is the sole justifiable reason for including him on this list. He’s obviously a heavyweight actor, but Robbins shines in roles that allow him to engage with male vulnerability, or appear as a put-upon everyman, neither of which qualify him to play Reacher. 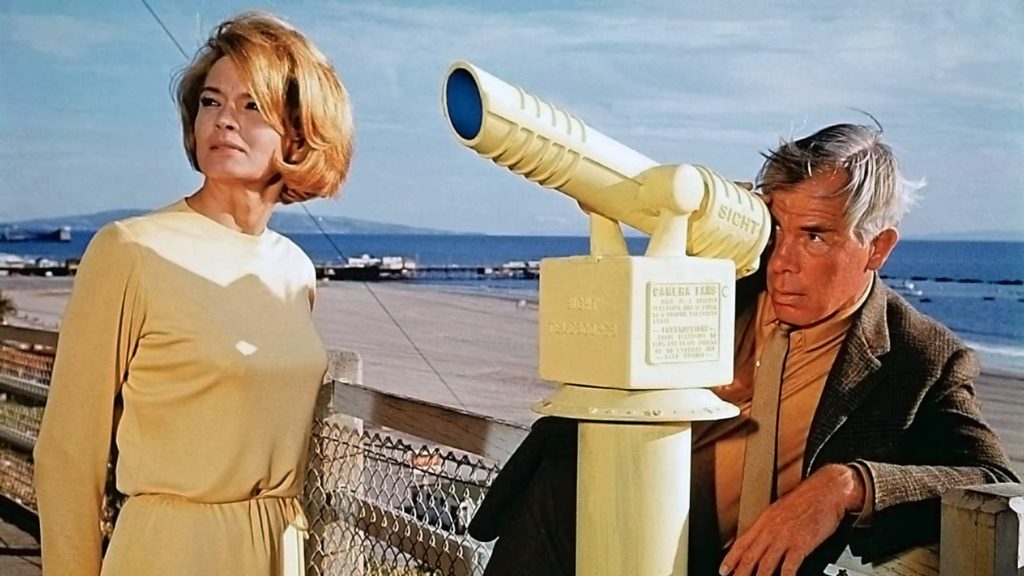 Lee Marvin is such an obvious choice for Reacher, we’re curious if Lee Child had him in mind when he was first writing the series. Marvin, with his steely gaze and action-hero chops, was a more believably heroic but just as violent version of Charlton Heston (who, luckily, was not tall enough for us to worry about including him on this list, although he would make an excellent villain in any Reacher novel). Because Lee Marvin had a long and storied career, we’d like to specifically single out his performance in the 1966 Western The Professionals as the ideal version to play Jack Reacher. 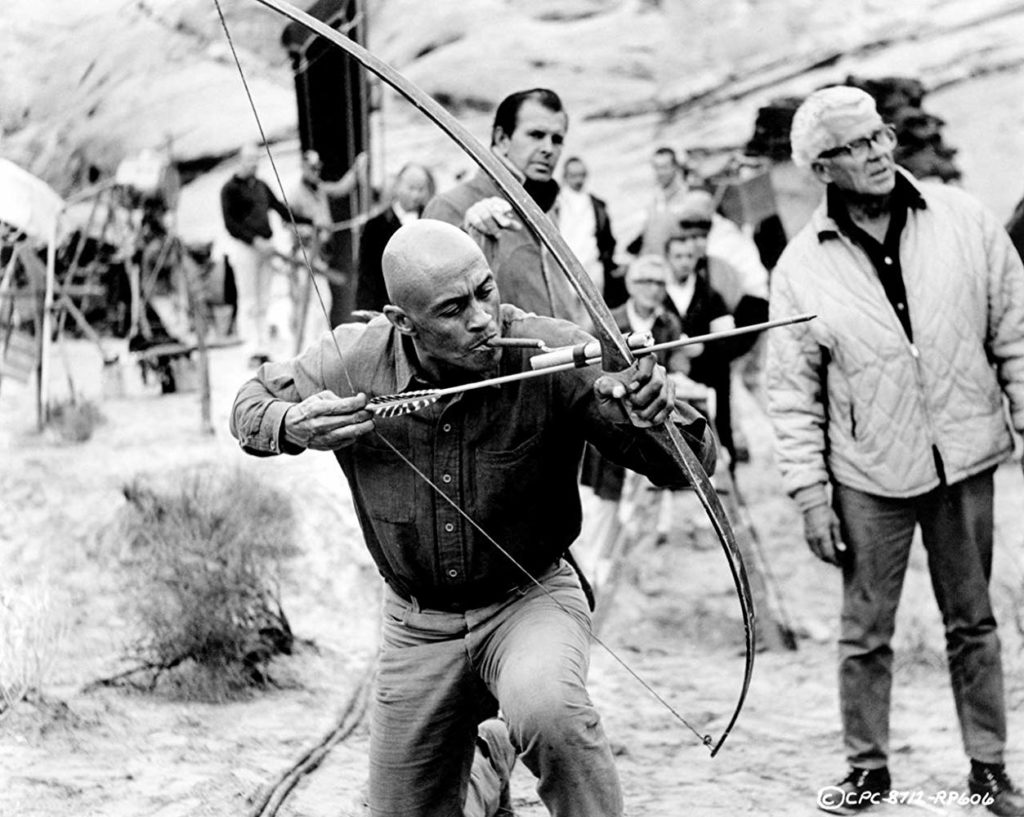 Woody Strode may be best remembered for his role as a rebellious gladiator in Spartacus, but it’s his role as a tracker and lone gunman in The Professionals that inspired his inclusion on this list (we know, we mentioned The Professionals twice, but also, in our defense, it is both an excellent film and possibly one of the weirdest Westerns ever made). A man of few words and great purpose, ready to survey a barren landscape and get to the bottom of a vast conspiracy, Woody Strode circa 1966 would have made for a fantastic Reacher. Plus, a bald Reacher just makes sense. 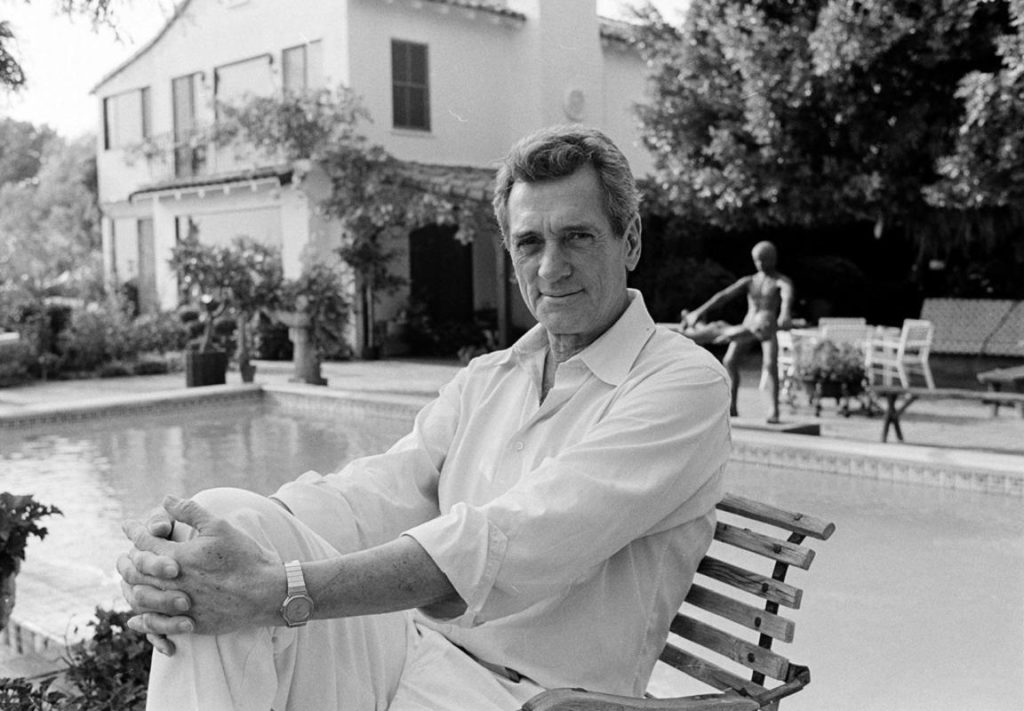 It would be a lot of fun to see the star of Pillow Talk as Reacher (possibly with Doris Day in some kind of co-starring role) but alas, the fates conspired against us. 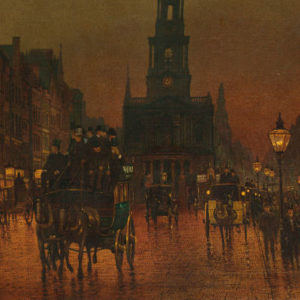 Talk of the British Secret Service immediately conjures up images of fictional heroes such as James Bond or George Smiley;...
© LitHub
Back to top