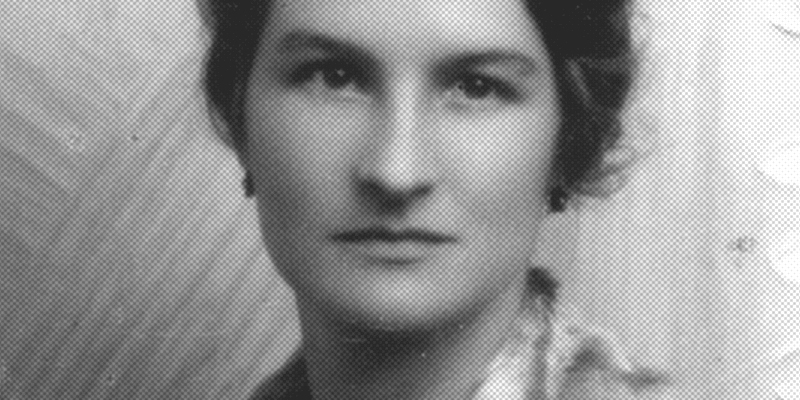 Behind Enemy Lines with the Legendary Virginia Hall

Virginia Hall was one of WWII’s most highly decorated spies and yet you’ve probably never heard of her (or her wooden leg, which she nicknamed “Cuthbert.”). Below, we follow Virginia Hall into enemy territory in occupied France as she embarks on her second death-defying mission, this time on behalf of the new secret service, the Office of Strategic Services or OSS.

On the moonless night of March 21, 1944, a small advance guard for the forthcoming Allied invasion of northern France was deposited on Beg‑an‑Fry beach in Brittany. The handpicked duo had dashed across the English Channel in a Royal Navy motor gun boat after spending the previ­ous night in a hotel near the seaside resort of Torquay. One was an elderly peasant woman, bundled up in shawls like a Russian babushka and carry­ing a heavy suitcase. She was the first to land, silently maneuvering herself out of the camouflaged dinghy onto the rocks and away from the rising tide. A male figure followed but twisted his knee in the dark and barely suppressed a loud yelp as the woman helped him to his feet. He complained all the way up a narrow path onto the headland and on through the gorse bushes to the road for the long walk to the nearest railway station. Yet talk­ing was supposedly forbidden for fear of alerting the Germans in the nearby pillbox, who could turn on their searchlights at any moment and start firing.

Gray-haired Henri Lassot had a pale face, thin moustache, and round glasses, and was a painter by profession and a grumbler by nature—although prized by his OSS commanders who considered his air of aged fatigue a brilliant cover. Code-named Aramis, the American was, at sixty- two, old enough to be his companion’s father for she was actually coming up to her thirty- eighth birthday. Virginia—or Diane as she was known in OSS—looked as if she were in her late sixties because she had gone to extraordi­nary lengths to change her appearance. In her youth, she had preferred dressing up as a dashing pirate, but for this mission she had opted for some­thing dowdier. She had dyed her hair a dirty gray and secured it with a wooden hairpin in a severe upstyle that sharpened her features; Hollywood makeup artists had taught her how to pencil in authentic-looking wrinkles round her eyes; baggy woolen blouses and several floor-length skirts with peplums bulked out her silhouette and concealed her Colt .32; and she had had her fine, white American teeth ground down by a much-feared female London dentist to resemble those of a French countrywoman. At five foot eight, she was tall for a peasant but her clothes had been made, distressed, and rigorously checked by Jewish refugees in a secret atelier behind Lon­don’s Oxford Circus to ensure they looked real—right down to the way the buttons were sewn on, as the French favored parallel threading while the British and Americans preferred a crisscross pattern. She had even altered her famous gait by learning to shuffle.

German officers across France were still on maximum alert for the Limping Lady sixteen months after her escape from Lyon.

The effect was startling, but OSS judged that Virginia’s disguise alone was not enough and that “radical alteration of her features was indicated for her own safety.” She refused, however, to go under the surgeon’s knife, perhaps because of the memories it brought back of the aftermath of her [hunting] accident in Turkey [when she had lost her leg to gangrene]. It was nevertheless a brave stance—and an unusual one. George Langelaan, one of the Mauzac escapees, was one of a handful of other compromised agents who all agreed to, or even requested, surgery before returning to the field. Two major operations had involved breaking Langelaan’s pointed chin and making it smoother and rounder with a bone graft from his pelvis, a painful procedure he topped up with glasses, a dif­ferent part in his hair, and a new moustache. After all that, even his closest relatives did not recognize him.

Virginia’s refusal is all the more remarkable given that German officers across France were still on maximum alert for the Limping Lady sixteen months after her escape from Lyon. The Gestapo had given her the code name of Artemis, the Greek goddess of hunting, and for them tracking her down for the kill still represented a particularly gripping if sinister sport. Her pursuers knew she had returned to Britain via Portugal. Now they must be prevented at all costs from finding out she was back in France.

Even so, it was an unusual way to dress for the role she intended to take once in the field, one that went well beyond the orders given to her new circuit, code-named Saint, which were surprisingly modest. Her official brief was to find safe houses for other agents and wireless operators on the run in central France south of Paris—crossing over the perilous area where the Germans had decimated the SOE Prosper circuit and that had become an almost no‑go territory for Allied agents. OSS headquarters were clear that Aramis would be her chief (and had given him a million francs to take with him as expenses), while Diane was his assistant and wireless operator (with five hundred thousand francs). It was still felt in America to be con­troversial to send a woman on a paramilitary operation and inconceivable to put her in charge. In the U.S. military, which had been hurriedly ex­panded after Pearl Harbor, female recruits (who never got near the front line let alone behind it) were branded by some male colleagues as prosti­tutes or the so-called “lesbian threat.” Women were known to fly fighter aircraft but only to and from the factories and never into combat; normally the closest women got to the shooting was as nurses. Taking orders in the field from the untested Aramis was hardly a situation, however, that Vir­ginia was likely to tolerate for long. Nor was she likely to stick to her re­strictive support-role brief. From the get‑go she had greater ambitions now that she was finally back in France, and scores to settle.

Virginia was well aware of the risks, but the thought of the fate of her friends in Lyon drove her on…One way or another she too would have her revenge.

The country had suffered a great deal since her last mission and the mood had dramatically changed. Virginia had kept her eye on the big pic­ture and had seen well before she arrived that the time had come to form guerrilla armies to attack, rather than set up circuits as before to observe or prepare. As one SOE officer put it, “We had sown the wind for two and a half weary years. We were about to reap the whirlwind.” Indeed, it was already obvious what could be done with the right leadership and equipment—but both were seriously lacking. Churchill had ordered the RAF to drop more than three thousand tons of weapons and supplies (in­cluding concentrated foods and vitamins) to French fighters over the first four months of 1944. Even so, the majority remained unarmed, untrained, badly led, and often starving. Some, tired of waiting for rescue, were simply giving up on hopes of the Allies ever coming at all, no longer believing claims that help was on its way. The best-led and equipped groups had, however, already used their new riches to blow up munitions dumps and gas tanks, derail trains, and even attack individual Germans or small mili­tary units, demonstrating just what could be done. Most occupying Nazis now consequently feared the Resistance as a genuine military threat rather than a mere subversive one. Field Marshal Gerd von Rundstedt, the com­mander in chief in France, was describing some regions as fomenting into a state of “general revolt,” and the lives of German troops as “seriously men­aced through shootings and bombings.” The threat became more orga­nized when the Resistance as a whole began to take orders from de Gaulle’s Free French government. Hitler was thereby forced to deploy some Ge­stapo and Waffen‑SS divisions away from the front line to mount a coun­terattack of the utmost brutality in the Germans’ own backyard. Anxious to rid themselves of insurgents before the expected Allied invasion, they rounded up thousands of members of the Resistance over the early months of 1944. Many of them were executed by firing squad, some crying “Vive la France” before they fell.

In March, a Resistance stronghold on the Glières plateau in the Savoy Alps was the first to fight a pitched battle with regular Nazi forces. But dive-bombed by Stuka aircraft and encircled by a crack German mountain divi­sion more than twenty times its size—and without the desperately hoped-for Allied backup—the result was a bloodbath. The Glières tragedy sent out a resounding message that the Resistance was actively engaged in the war, but also accelerated France’s descent into a furnace of bloody retribution. The SOE agent Francis Cammaerts had warned London before Virginia left about a “reign of terror” in her target area of central France with “farms burnt, shootings, and hangings.” “These are very difficult days,” he added. “The Germans are attacking everybody, even those who are only slightly suspected.” Virginia was well aware of the risks, but the thought of the fate of her friends in Lyon drove her on. She believed that this was finally the ideal environment in which to gather a mighty force to fight back, to create a nation in arms. One way or another she too would have her revenge. 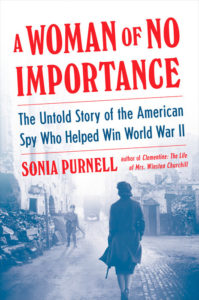 Sonia Purnell is a biographer and journalist who has worked at The Economist, The Telegraph, and The Sunday Times. Her book Clementine: The Life of Mrs. Winston Churchill (published as First Lady in the UK) was chosen as a book of the year by The Telegraph and The Independent, and was a finalist for the Plutarch Award. Her first book, Just Boris, was longlisted for the Orwell prize. Her latest book, A Woman of No Importance, is now out from Viking Press. 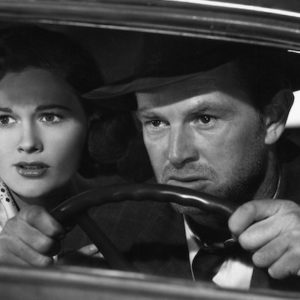