If you came to espionage fiction knowing nothing about spying, you would assume from reading the great spy novels of the last 100-odd years that the secret world was populated almost exclusively by white, middle-aged men. There have been innumerable female spies throughout history yet very few stories written about them – and even fewer female spy novelists. Similarly, while many notable real-life spies have been young men and women in their twenties, youthful protagonists rarely make an appearance in the classic spy novels of yesteryear.

Of course there are any number of young adult novels about teenage secret agents – Anthony Horowitz’s Alex Rider sequence springs to mind – but for some reason spy heroes have tended to be Eric Ambler’s ‘ordinary’ men caught up in extraordinary circumstances or the slightly jaundiced, world-weary protagonists found in the novels of Len Deighton and John le Carré. James Bond, of course, was well into his thirties by the time he first appeared in ‘Casino Royale’. Richard Hannay, the hero of The 39 Steps, was a stately 37.

In my new novel, Box 88, I wanted to make amends for this, telling the story of Lachlan Kite, an 18-year-old Scot who is inducted into an elite Anglo-American spy agency at the tender age of 18. In order to do so, I drew inspiration from half a dozen books – both fiction and non-fiction – which feature what might be described as “fledgling spies”. 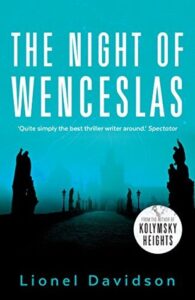 The Night of Wenceslas by Lionel Davidson

First published in 1960, Lionel Davidson’s debut novel introduces us to Nicolas Whistler, a dissolute young man of 24 who finds himself thrust into the world of Cold War espionage. Worn down by a pushy girlfriend and tired of his dead-end job, Nicolas is delighted to discover that he has inherited a large sum of money from a rich Canadian uncle. The catch? The uncle is still very much alive and well and young Nicolas has been duped. Now finding himself in debt to a money lender, our inexperienced hero is forced to travel to Czechoslovakia with orders to bring back a secret formula.

Things obviously go badly wrong. Back in 2001, a reviewer declared that my first novel A Spy by Nature – another story of a dissolute young man thrust into the world of industrial espionage – was a “clear homage” to Davidson’s debut. Not so. I only read The Night of Wenceslas for the first time a few years ago having been asked to supply a blurb for his final novel, Kolymsky Heights. Both of these espionage classics come strongly recommended. 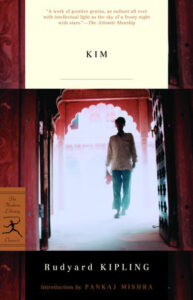 The same can be said for Kim, which many people consider to be the first serious spy novel in the English language. In these enlightened, statue-toppling times, recommending a work by Rudyard Kipling might be enough to get me cancelled. In truth the poet laureate of the British Empire has been out of fashion for a very long time. “It is no use pretending that Rudyard Kipling’s view of life, as a whole, can be accepted or even forgiven by any civilized person,” wrote George Orwell almost a century ago. “Kipling is a jingo imperialist… morally insensitive and aesthetically disgusting.”

Published in 1900, Kim is another all-too-rare example of a spy novel about a young, untested agent. It tells the story of one Kimball O’Hara, the orphaned son of Irish migrants living on the streets of British-controlled Lahore during the last years of the 19th century. Passing for a local child, he is recruited and trained as a British spy, criss-crossing the Indian subcontinent in the ‘Great Game’ with Russia. Given the novel’s huge commercial success and lasting literary reputation – it regularly appears on Top 10 lists of the greatest works in the genre – it is notable that Kim failed to spawn many imitators. 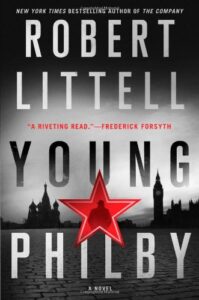 What Kim did spawn, oddly enough, was a traitor. Harold Adrian Russell Philby was given the nickname ‘Kim’ by his father, a member of the Indian civil service and an admirer of Kipling’s novel. Philby, of course, went on to become a key member of the Cambridge spy ring, eventually defecting to Soviet Russia in 1963. I would urge you to avoid his self-serving memoir, ‘My Silent War’ – a KGB ‘influence operation’ designed to humiliate MI6 and simultaneously to burnish Philby’s credentials – and instead to track down a copy of Robert Littell’s ingenious novel ‘Young Philby’. 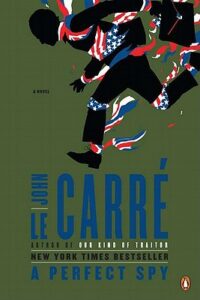 Speaking of double agents, they don’t come much more conflicted than poor old Magnus Pym in John le Carré’s A Perfect Spy. The troubled son of a conman father who is recruited into British intelligence in his teens, Pym is a simulacrum of le Carré himself. This is the Master’s most autobiographical novel, so much so that it becomes difficult to tell where the author’s personal experience ends and Pym’s begins. Le Carré was always fascinated by betrayal; his famous mole, Bill Hayden in Tinker, Tailor, Soldier, Spy, was partly modelled on Kim Philby. Yet when offered the chance to talk to Philby himself on a visit to Moscow, le Carré turned the opportunity down. “I refused to meet [him],” he told an interviewer. “To me, Philby was a thoroughly bad lot, just a naturally bent man. I wouldn’t have trusted him with my cat for the weekend.” 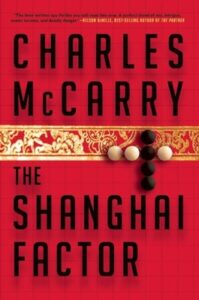 The Shanghai Factor by Charles McCarry

Trust is at the heart of Charles McCarry’s terrific late novel, set in modern China. Can our unnamed protagonist – a 29-year-old deep cover American spy – trust the beautiful woman who one day crashes her bicycle into him on the streets of Shanghai? Though he suspects that the delectable Mei is an agent of Guoanbu, the Chinese intelligence service, our hero nevertheless embarks on a steamy love affair. No less a judge than Lee Child thinks that McCarry was a better writer of spy novels than John le Carré. I wouldn’t go that far, but he could certainly turn a sentence and his books benefit from the authenticity one would expect of a man who was himself a CIA officer before turning to the pen. 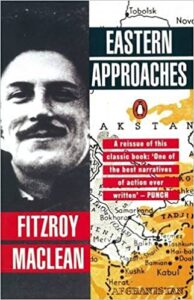 McCarry, of course, was a real-life spy making up stories for our entertainment. But what of the young men and women who served as intelligence officers in their youth and later recorded those true experiences for posterity? Fitzroy Maclean is a mythic figure for a certain type of British male: clever, brave, resourceful and adventurous. In his youth he undertook perilous commando raids for the SAS in North Africa, parachuted into occupied Yugoslavia in support of Tito’s partisans and kidnapped the German Consul in Iraq. Small wonder Maclean was one of the models for James Bond. 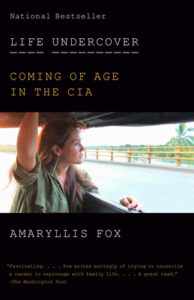 Former CIA officer Amaryllis Fox might one day find herself portrayed on the big screen by Brie Larson, who has snapped up the rights to her superb memoir, ‘Life Undercover’. Recruited into the CIA at just 21, Fox was a frontline player in the War on Terror, taking on the Islamist fanatics who threatened our way of life in the wake of 9/11. Full of jaw-dropping incidents and fascinating glimpses of contemporary tradecraft, this is a must-read for anyone interested in the difference between Carrie Mathieson in ‘Homeland’ and the real thing. 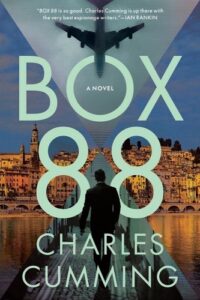 The Torso Murderer: Jack the Ripper Wasn't the Only Serial Killer Stalking London in 1888 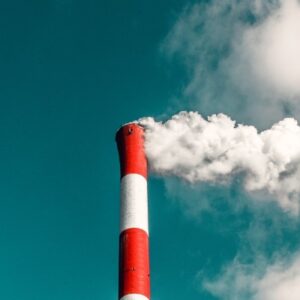 The usual killers are easy to spot. They can be uninhabitable, dystopian futurescapes of planet Earth: deserts with salt...
© LitHub
Back to top