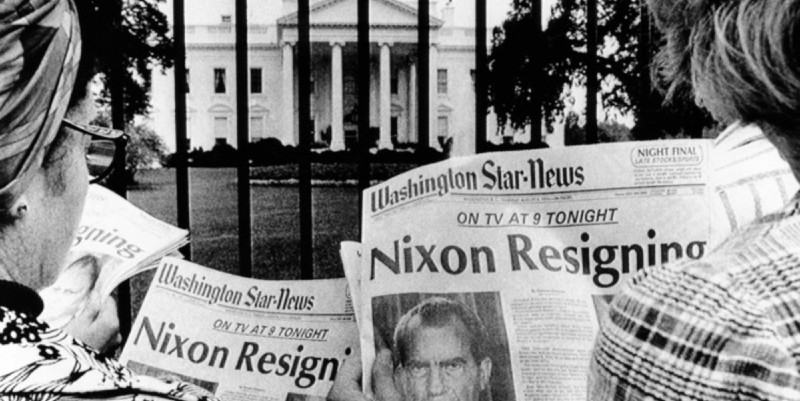 If there's one arena never in shortage of addictive crime stories, it's politics.

That well-known quote (whose not-particularly-well-known author was English Baronet and historian Lord John Dalberg-Acton) highlights the slippery slope those in power often must tread. Power, politics, and corruption are also ripe territory for true crime content. As you boot up for November, check out these ten podcasts that live at the intersection of politics and crime. 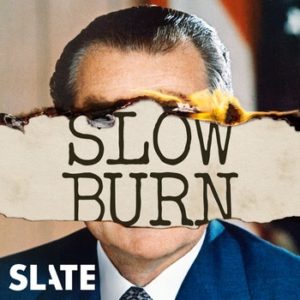 If you’re dipping your toes in the (cess)pool of political-themed true crime for the first time, seasons one and two of Slow Burn are a good place to start.

Season One takes us back to the early ‘70s, to the event that launched a thousand gate-suffixed scandals. On June 17, 1972, several people connected to President Richard Nixon’s reelection campaign were arrested for breaking into the Democratic National Committee’s (DNC) headquarters. Over the next two years, the “Watergate” scandal (whose name comes from the Watergate building complex, where DNC headquarters were located), would shake the public’s faith in the Nixon administration and lead to the only presidential resignation in history.

If political history seems dry to you (or unworthy of binge listening), think again: Slow Burn is not the version of events you learned in high school. Combining deep research and first-hand interviews with people who were there, host Leon Neyfakh allows listeners to experience what it was really like to live through that time.

If you’ve finished season one (or are just in the mood for something a bit more contemporary), jolt more two decades into the future with season two, which covers the impeachment of Bill Clinton. You’re probably familiar with certain elements of the scandal—the 22 year-old White House intern, nine Oval Office trysts, that infamous blue dress—but do you know the whole story? Using the same in-depth investigative research and reporting that characterized season one, Neyfakh unspools a tale of sex and power that exposed D.C.’s underbelly. 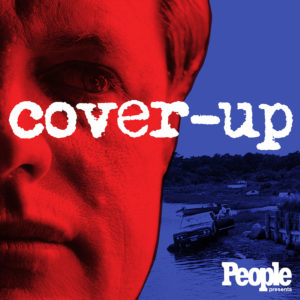 The Kennedy family, with their “Camelot” mythos and supposed family curse, looms large in the American cultural imagination. It’s no wonder, then, that a number of podcasts explore this large, storied family and its unforgettable lore.

Cover-Up pulls back the curtain on a particular Kennedy tragedy: Chappaquiddick.

On the night of July 18, 1969, then-Massachusetts senator (and presidential hopeful) Edward “Ted” Kennedy drove his car off of the Chappaquiddick Bridge in Martha’s Vineyard, MA. Kennedy escaped the submerged vehicle and survived. His passenger, 28 year-old Mary Jo Kopechne, did not.

Did Kennedy actually try to save Kopechne, as he alleged? Why did he wait until the next day to report the accident? Was there a cover-up—one intended to preserve Kennedy’s political future? Liz McNeil, a People Magazine editor for nearly three decades, unfurls both the “official” and “unofficial” versions of the story, uncovering a twisted tale of politics, privilege, conspiracy, corruption, and a potential cover-up. 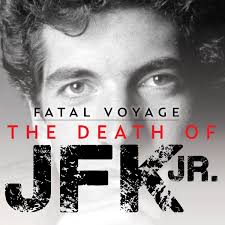 Continuing our Kennedy theme is the newest season of Endeavor’s long-running podcast on mysterious celebrity deaths.

Young, attractive, and well-connected, JFK Jr. and his wife Carolyn Bessette were fixtures of the late-‘90s New York social scene.

The pair seemed poised to become a “Camelot” couple for the approaching new millennium—until July 16, 1999. On that day, JFK Jr. (accompanied by his wife and her sister Lauren) flew his private plane from the NYC suburbs toward Hyannis Port, MA (the location of the famed Cape Cod “Kennedy Compound”).

The thirty-eight year-old lawyer and magazine publisher accidentally crashed his single-engine plane just a few miles off the coast of Martha’s Vineyard, killing himself, his wife, and his sister-in-law.

Host Sergeant Colin McLaren is uniquely qualified to examine this case: the ex-homicide detective investigated famous cases like the Walsh Street Murders and Mr Cruel and has deep knowledge of the Kennedy family (his 2013 book-turned-documentary JFK: The Smoking Gun uses modern forensic technology to reexamine the 1963 assassination of America’s 35th President.)

In Fatal Voyage: The Death of JFK Jr., McLaren presents listeners with a full picture of the untimely death of America’s most famous First Son. The 12-part series charts McClaren’s own investigation—think interviews with original eyewitnesses and a look at long-buried documents about JFK Jr.’s private life—and aims to answer lingering questions. Was the crash really the result of “pilot error”? Or were there more sinister forces at play? Who was JFK Jr. really? As one interviewee tells McLaren, “There’s a lot more than the official version has led us to believe.” 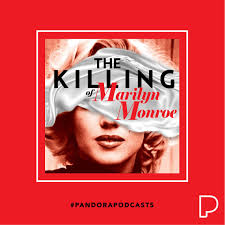 The Killing of Marilyn Monroe (Endeavor)

Rounding out our Kennedy trio is a podcast that covers Camelot-adjacent territory: the death of Marilyn Monroe.

On the night of August 4, 1962, the Hollywood icon committed suicide via barbituate overdose in her Los Angeles home. Her body—nude and clutching the telephone—was discovered early the next day by her housekeeper.

Over the years, various conspiracy theories about her death (many of them involving the men in Marilyn’s life) have surfaced. Was the actress’s death really a suicide? Or was she silenced forever because of what she knew? To what extent did her involvement with certain lovers—presidents, political players, and mafia men among them—play a role in her death?

The Killing of Marilyn Monroe takes a serious look at five decades worth  evidence and features fresh, on-the-ground investigative reporting (including chats with new sources).  The result is a twisted—and addictive—tale of sex, fame, politics, and (potential) murder. 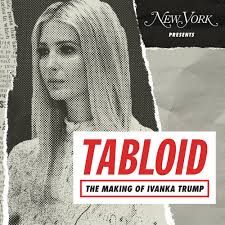 Of all the podcasts on our list, Tabloid is one of the only ones you’ll have to pay to listen to (whether that’s fitting given its subject’s last name is up to you). Take it from us, though: this addictive show is for sure worth Luminary’s $3 monthly subscription fee (the seven-day free trial offer is more than enough time to binge all 12 episodes).

Hosted by Vanessa Grigoriadis (a journalist who’s spent the last two decades covering NYC’s one percent in publications like The New York Times, New York Magazine, and Vanity Fair), Tabloid provides an inside look at the life and times of America’s current First Daughter.

If you want to try before you buy, the full first episode of Tabloid: The Making of Ivanka Trump is available for free. 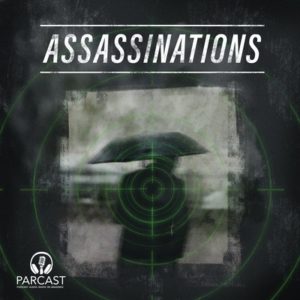 So far, we’ve considered one-case wonders, but what about anthology shows in the true crime/politics space?? Enter Parcast’s Assassinations, a history-meets-politics podcast with a true crime twist. Using in-depth research and edge-of-your-seat narrative technique, Assassinations recounts history’s most stunning untimely deaths. In each episode, Kate Leonard and Bill Thomas (you may recognize their voices from The Dark Side of… and Mind Over Murder respectively) take a good, hard look at both the assassinated and the assassin. Prepare for rabbit-hole deep dives as they ask the question, “How would history be different if this person were never assassinated?” 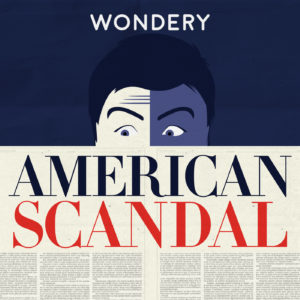 Continuing with our anthology theme is Wondery’s long-running series (15 seasons and counting!) on the follies and foibles of America’s most notorious figures.

American Scandal combines the best of deep-dive reporting with the variety afforded by an anthology-style format. Each bite-sized season (which ranges in length from two to seven episodes) digs into a particular infamous occurrence. Content skews mostly political (past seasons have covered crooked New York State politics, the Iran-Contra Affair, and the 2003 CIA leak scandal), though the series also features stories from the world of business, music, and sports. The show’s use of reenactments adds another layer of narrative complexity. 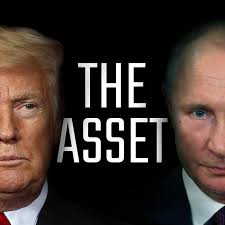 The Trump presidency is infamous for its ties to—and collusion with—the Russian government. District Productive’s The Asset moves beyond the headlines and the Mueller report to uncover the true nature of the Trump-Putin relationship. Is Donald Trump a Russian asset, as hosts Paul Woodhull and Peter Ogburn contend. If he is an asset, is he a witting or unwitting one? Season one dives into the election-meddling scandal of 2016, while season two tackles the more recent Ukraine scandal. The Asset pulls back the curtain on the headlines to tell a story of greed, corruption, money, and dangerous power games. 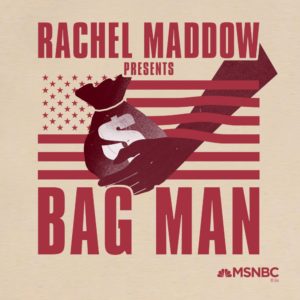 As one of the podcasts on this list intimates, Richard Nixon’s presidency has become almost synonymous with the Watergate scandal. But what about Nixon’s White House co-occupant during the first part of those years? VP Spiro Agnew made a name for himself as a loud-mouthed renegade whose outsider status (and frequent verbal jabs) made him a beloved figure of the right. There’s another reason, though, why Agnew should be remembered: the criminal dealings he enacted—and tried to cover up!—while serving in the White House. In Bag Man, political expert Rachel Maddow profiles this mostly forgotten bribery scandal and the brazen, enigmatic figure at its center. 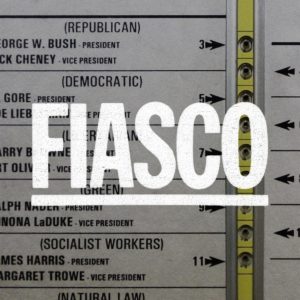 Can’t get enough of Leon Neyfakh’s dulcet tones? You’re in luck: the Slow Burn host helms Luminary’s Fiasco, a historical docuseries that unpacks some of America’s most memorable political scandals. Like Slow Burn, Fiasco zeros in on a single scandal each season. Season one tackles the contested 2000 presidential election—and the infamous Florida recount that gave birth to the term “pregnant chad.” Over six episodes, Neyfakh weaves a tale of partisan warfare whose Sunshine State battleground determined the course of history. In season two, Neyfakh dives deep into the Iran-Contra Affair, a 1987 scandal with all the elements of spellbinding peak TV: secret arms deals in Iran, a clandestine war in Nicaragua, buying back American hostages held in Lebanon, and the destruction of mounds of evidence. Like Tabloid, listening to Fiasco requires a Luminary subscription, though the full first episodes of both seasons are available for free. 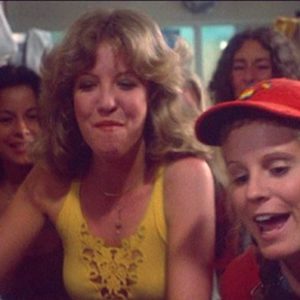 What is “mean girl culture”? It’s a question I’ve been asking myself recently … as well as whether or not the term...
© LitHub
Back to top