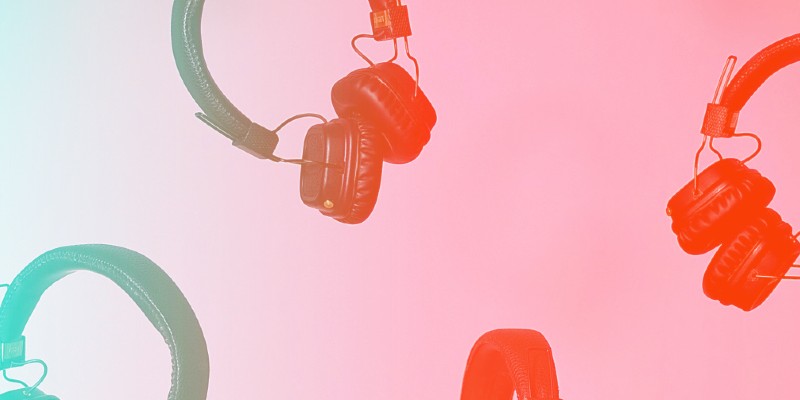 It's summer. You're going to need some cold case investigations.

When the mercury rises, there’s nothing better than cooling off with a brand-new batch of bone-chilling true-crime podcasts. This summer, beat the heat with these ten ear-stunners. 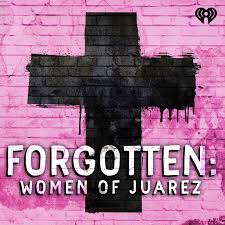 The women usually fit the same profile: young, slender, dark-haired transplants from Southern Mexico. What brought these women to Juárez? The promise of greater economic opportunity, often by working at one of the bustling industrial city’s maquiladoras, foreign-owned factories that capitalize on the availability of cheap labor in the host country. Some of the missing women’s bodies were later found in what author and former El Paso Times reporter Diana Washington Valdez calls Juárez’s “killing fields.” In Forgotten, hosts Oz Woloshyn and Mónica Ortiz Uribe meet with case experts like Valdez to examine the dark particularities of these cases. Are these femicides the work of a single person? A group? Is Juárez’s close proximity to El Paso evidence of a border-crossing serial killer? Over the years, various theories have been floated, including involvement of drug cartels and a Satanic Cult (some of the women had strange symbols carved into their bodies). Forgotten not only dives deep into this tragic, on-going case but also honors victims (like Sagrario González Flores, a 17 year-old maquiladora worker who taught Sunday school and dreamed of studying computing) by detailing the lives they lived. 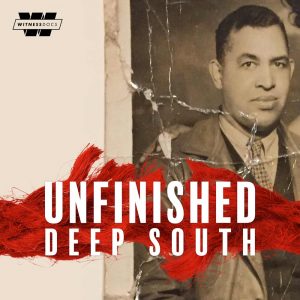 On June 4, 1954, wealthy African-American farmer and businessman Isadore Banks disappeared from the Arkansas Delta town of Marion. The next day, Banks’s body was discovered tied to a tree and burned beyond recognition. His case has never been solved, nor has anyone ever held to account for the crime.

Before his death, 59 year-old Banks (a World War I veteran and prominent member of the Marion community) owned over 1,000 acres and several area businesses. Banks’s murder occurred just three weeks after the Supreme Court’s Brown v. Board of Education decision, which ruled that racial segregation in public schools was unconstitutional. In Unfinished: Deep South, writer and documentary filmmakers Taylor Hom and Neil Shea, along with a number of Banks’s family members, reinvestigate this 65 year-old cold case in the hopes of restoring Banks’s legacy and bringing his killer—or killers—to justice. 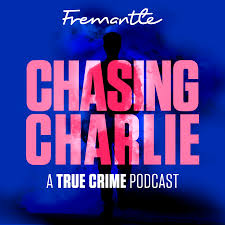 For pulse-pounding, edge-of-your seat drama, look no further than Aussie newcomer Chasing Charlie. In 2011, two days after Christmas P.I. Julia Robson received a phone call that would change her life forever. Up to this point, Robson (who began her career as a New Zealand police officer, transitioned to corporate investigative work in Europe, and today works as a Melbourne-based P.I.) had successfully used her digital sleuthing powers to track down missing people, bringing crime gangs to justice, and shed light on (cat)fishy matters of the heart. When a new client asked her to dig up dirt on the man calling himself “Charlie,” Robson would be launched into a tangled seven-year investigation spanning several continents. In Chasing Charlie, Robson recounts firsthand the complicated game of cat and mouse she found herself embroiled in when dealing with the slippery conman who left a string of heartbroken, out-of-pocket lovers in his wake. It’s Dirty John meets Detective Trapp—with Australian (and Kiwi!) accents. 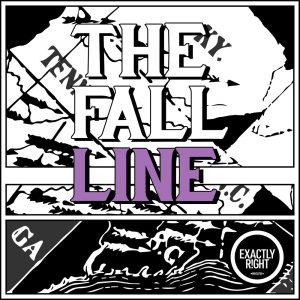 In The Fall Line, host Laurah Norton tackles cold cases from historically marginalized communities in the Southeastern United States. Past seasons have covered the disappearance of the Millbrook Twins, The Bennett Siblings, Shy’Kemmia Pate, and Cynthia Prioleau. This summer, we recommend diving into The Fall Line’s two most recent seasons. Season 7: Carolina Girls digs into a series of underreported cases involving missing and murdered women and girls in North and South Carolina. Cases covered in season 7 date from 1971 to 2014 and include (but are not limited to) Asha Degree, Aaliyah Bell, Shakeima Cabbagestalk, Brittany Locklear, and NiShan Huff. Season 8 takes a one-case approach by zeroing in on the case of the Richland County Jane Doe, a middle-aged woman who died at a South Carolina mental facility before staff could discover her true identity. 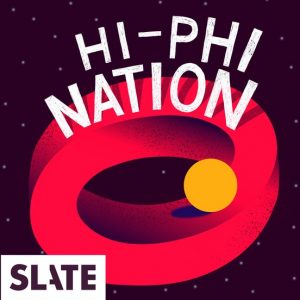 Historically speaking, Hi-Phi Nation’s content hasn’t focused on true crime specifically, but don’t let that stop you from checking out Slate’s compelling investigative podcast that examines a bevy of hot-button topics (in this season, the criminal justice system) through the lens of philosophy. In each episode of Season 4: Crime and Punishment, host and Vassar College philosopher professor Barry Lam will shed light on a particular stage of the criminal justice system, dive into a specific story that illustrates this stage and uncovers its associated practices, and raise larger political and moral questions about the practice. Topics covered this season include mens rea (a legal term for criminal knowledge and intent), police discretion, informants, gender-based crimes, and the prison system. Over the course of eight episodes, Lam draws upon his own philosophical training and interviews a number of guests, among them legal scholars, lawyers, judges, police chiefs, state senators, activists, criminologists, and more. 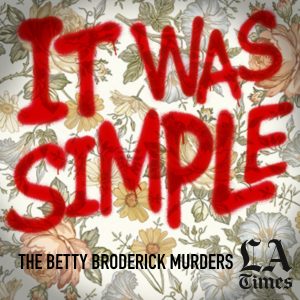 It Was Simple: The Betty Broderick Murders (LA Times)
Premiered May 26, 2020

From the team behind Room 20, Detective Trapp, The Man in the Window, and Chasing Cosby comes the story of a murder that rocked a wealthy San Diego suburb—and the world—more than three decades ago. In 1989, 42 year-old Betty Broderick, a devout Catholic mother of five, killed her ex-husband Dan Broderick and his former-mistress-turned-new wife Linda Kolkena in their La Jolla, CA home. The murders were preceded by a number of violent actions on Betty’s part (the most infamous of which involved driving through the front door of her ex-husband’s home while her children were inside) that occurred in the wake of the Brodericks’ bitter divorce. The Betty Broderick case generated worldwide media attention and spawned numerous books and a two-part made-for-TV movie. What is it about this thirty-year old case that continues to hold the public’s attention? It Was Simple is not simply a rehashing of a familiar case. Instead, host (and veteran LA Times reporter and columnist) Patt Morrison uncovers new insights about the case by speaking with Betty Broderick’s divorce and defense lawyers, the jury foreperson at the ensuing murder trial, and one of Kolkena’s best friends who spent time with the ill-fated couple the day before their murder. 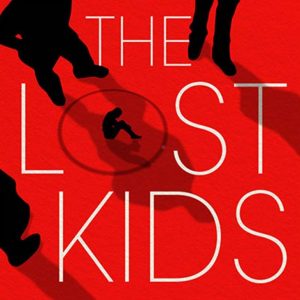 One of the most anticipated true-crime podcasts of the summer, this show from (NBCUniversal’s relatively podcasting network) explores a missing persons case from 2004—and uncovers the dark side of so-called “therapeutic” boarding schools in the process. In January 2004, sixteen year-old Daniel Yuen enrolled at CEDU, a residential program for troubled teens in California’s San Bernardino Mountains. The New Jersey high-school sophomore’s parents sent Daniel to CEDU in the hopes that the program might alleviate his depression. Instead, Daniel vanished from CEDU’s campus on February 8, 2004. There have been a few sightings of Daniel over the years: the sixteen year-old was spotted panhandling in a San Diego park a month after his disappearance (police K9s picked up the teen’s scent on two separate occasions. A break in the case came in December 2018, when a private investigator working the case received a voicemail stating that Daniel was alive but didn’t want to be found. Not long after, reports surfaced of a now-31 year-old Daniel spotted in the  area with a woman and baby girl. Yuen was not the first person to disappear from CEDU: two other teens vanished from the school during the early ‘90s. In The Lost Kids, journalist Josh Bloch (if his name sounds familiar, it might be because he also hosted Uncover: Escaping NXIVM) examines the twisted “troubled teen” industry and exposes CEDU’s links to a dangerous cult. 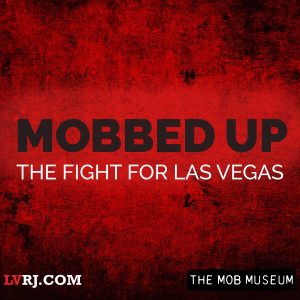 Mobbed Up: The Fight for Las Vegas (Las Vegas Review-Journal and The Mob Museum)
Premiered May 26, 2020

Once upon a time, Las Vegas was “mobbed up.” Organized crime families from all over the US controlled the cash flow of many of The Strip’s casinos. In this new 11-part series, the Las Vegas Review-Journal’s Reed Redmond teams up with Chicago’s Mob Museum to explore the mafia’s rise and fall in Sin City. Although it’s been decades since Sin City was in mob hands, that doesn’t stop Redmond from getting the inside scoop: in Mobbed Up, you’ll hear first-hand from the ex-mobsters, law enforcement officers, politicians, and journalists who lived it. 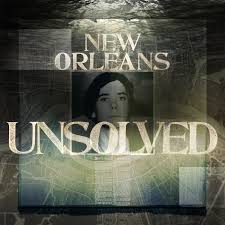 This podcast from wife-and-husband team Anna Christie and Thanh Truong investigates unsolved cases from New Orleans and Southeastern Louisiana. Season 1 examines the mysterious death of New Orleans teenager Eddie Wells. During the summer of 1982, a dockworker spotted the 17 year-old’s lifeless body floating in the Mississippi River. A coroner’s report deemed Wells’s cause of death to be drowning, though the manner of death was classified as neither a homicide nor a suicide.  Christie and Truong have the chops necessary to tackle this nearly forty year-old cold case: Christie is an investigative researcher while Truong has two decades of experience in broadcast journalism. What Christie and Truong uncover over the course of their investigation is a tangled web of corruption and cover-up—and a criminal living undetected in The Big Easy. 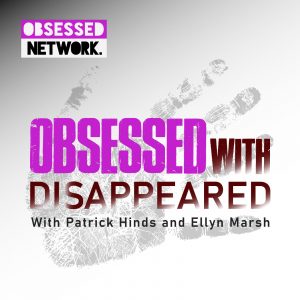 Listeners, rejoice: this new offering mixes two true-crime favorites into a delicious—and seriously bingeable—cocktail. Taking a cue from TV-to-earbud podcasts like Dateline NBC, Cold Case Files, and Forensic Files, Obsessed with: Disappeared combines classic episodes of ID’s Disappeared with the true-crime expertise (and humor, snark, and heart) we’d expect from a Patrick Hinds creation. In Obsessed with: Disappeared, Hinds (of True Crime Obsessed and Obsessed With: Abducted in Plain Sight fame) teams up with best friend and Broadway star Ellyn Marie Marsh (Pretty Woman: The Musical, Kinky Boots) to recap episodes of ID’s long-running docu-series. The rapport between Hinds and Marsh (their friendship has been going strong for 20 years and counting!) makes this podcast feel like curling up on the couch for an ID marathon with your best (equally crime-obsessed) friend.

Crime Fiction Trains Us for Crisis 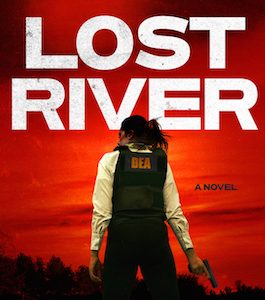 A few hours before . . . Little Paris Glasser stares right into the dead man’s eyes and tries to see himself in them. Danny,...
© LitHub
Back to top