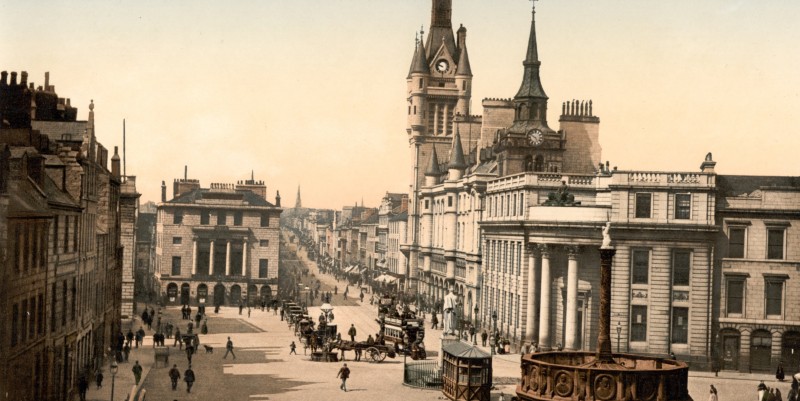 The rise of crime fiction in Scotland's gritty northeastern city

Welcome to Scotland’s chilly northeast coast and to Scotland’s “Granite City”—so called because Aberdeen’s buildings were hewn from locally quarried grey granite, which (because of its high mica content) can sparkle like silver when the light hits them at the right angle. Nowadays the town is the off-shore oil capital of Europe and home to many of the men and women who work out on the tough North Sea oil rigs. It means Aberdeen is not always the most genteel of Scottish towns on a Friday night when the pubs close, but the money that comes with oil has ensured the city is a cultural hub for Scotland. Cue “Granite Noir,” Aberdeen’s very own crime writing festival now in its fourth year. It’s programmed by Lee Randall, a true force of nature in the Scottish books world, together with the prolific local crime writer Stuart MacBride as the festival’s ambassador. It takes place every late February (this year it’s February 20-23) and is a big draw to the city.

Granite Noir aims to showcase local crime writing while bringing the best of international crime to Aberdeen. The festival also includes murder walks, visiting various locations, among them those related to Aberdeen’s final hangman who lasted just one execution; the 1960s love-triangle which ended in the death of all parties; and the last ever execution in Scotland.

But let’s focus on Aberdeen’s crime writing. Granite Noir ambassador Stuart MacBride is best known for the Detective Sergeant Logan McRae series, which now totals sixteen books. Starting with Cold Granite (2005) MacBride’s output has been fast and furious, but without a quality drop, right through to All That’s Dead in 2019. McRae is a copper who’s survived a serious stabbing and is known as ‘Lazarus’ to his colleagues, having risen from the dead. One reviewer commented that McRae is, “the last bastion of sanity in the manic Aberdeen police department; surrounded by squabbling, heavy drinking, cursing and frequently incompetent fellow officers.” McRae’s Aberdeen is a dark, cruel place—Cold Granite is about the hunt for a child killer, Dying Light (2008) is about murdered prostitutes in the city’s Red Light area. Later McRae books feature arsonists, racist killers, rapists, kidnappers, and gangland hits. In the Cold Dark Ground (the tenth book in the series, 2016) Aberdeen’s underworld is in uproar as the city’s criminal overlord, Wee Hamish Mowat, is dying and rival gangs all over the UK are eying his territory. There are few moments of light relief in McRae’s world.

Stuart MacBride is prolific, but he doesn’t get Aberdeen all to himself. Aberdeen born and bred Deborah Masson’s debut novel this year Hold Your Tongue (2019) was very well received . Detective Inspector Eve Hunter and her team are assigned the case of a murdered young woman discovered with horrifying injuries, a recent newspaper cutting pinned to her clothing. As well as being a taut thriller, the book is strong on describing Aberdeen though the eyes of DI Hunter, the Chief Investigating Officer of the Aberdeen Police’s Major Incident Team. Hold Your Tongue is the first in a projected procedural series featuring Hunter and Aberdeen.

Talk about crime and Aberdeen and you’ll also hear talk of the local Peterhead Prison, known for 125 years as “Scotland’s Toughest Jail” (though admittedly Glasgow’s Barlinnie Jail and Maximum Security prison Shotts, in Lanarkshire, might both have something to say about that), or “The Hate Factory”, as the harsh conditions rarely led to any meaningful attempt at rehabilitation among the inmates. Peterhead was a word to send shivers up a newly convicted crim’s spine. Glaswegian armed robber James Crosbie was Britain’s most wanted man in 1974 and ended up in Peterhead Prison, doing time with some of the hardest, and (so he says) funniest, men in crime including notorious Glasgow gangland boss Arthur Thompson. Eventually he wrote up his years inside as Peterhead Porridge (2015); “doing porridge” being a slang term in the UK for serving prison time.

Peterhead closed as a working jail in 2013 and is now a museum. But there’s an active little publishing industry around old prison tales. Crime journalist Robert Jeffrey’s history of the prison and its most notorious inmates Peterhead: The Inside Story of Scotland’s Toughest Prison (2013) goes right back to the start in 1880 and the first convicts to arrive. Situated near Aberdeen on the windswept and often bone chillingly cold North Sea coast it soon became known as “Scotland’s Gulag.”

In fact Peterhead is about thirty miles from Aberdeen so the city had its own jail, the less legendary but equally uninviting Craiginches (also now closed after the demolition of the original Victorian building). Craiginches was notorious for overcrowding and so was constantly a powder keg of bored men that regularly exploded into full blown riots. Former prison officer Bryan Glennie’s memoirs Craiginches: Life in Aberdeen’s Prison (2017) recounts the famous ‘old lags’ as well as the time a prison riot escalated so out of control Britain’s Special Forces, the SAS, had to be called in to assist prison officers in taking back control of the jail.

And finally, as ever, one special recommendation. Claire MacLeary is the author of the excellent Harcus and Laird series which features two female private detectives, Maggie and “Big” Wilma, operating in and around Aberdeen. Launching her novels at Granite Noir MacLeary, from Aberdeen but now based in Glasgow, told the audience that she felt that the central belt (Glasgow and Edinburgh) was well-milked by crime fiction but that Aberdeen was underrepresented, apart of course from Stuart MacBride. Cross Purpose, was published 2017, followed by a sequel, Burnout (2018) and then Runaway, launched at Granite Noir in 2019. The three books are gritty noir—Aberdeen’s sink estates, domestic violence, endemic poverty. Tough books about a tough city.

Stuart MacBride often gets asked by those who don’t know the town, why Aberdeen? He replies, “Aberdeen is a huge city, but it gets treated by a lot of the media as though it’s some parochial backwater. It’s a big place, it has big problems.” It is indeed big—universities, the oil industry, a city of significant wealth and enduring poverty bounded by the dramatic North Sea and dramatic countryside. A couple of years ago Scottish author Graeme Macrae Burnet was at Granite Noir talking about his Highlands-set book His Bloody Project (2015). Asked why Aberdeen and Scotland produces so much great crime fiction he replied—‘The dark, long winter nights and the inclement weather…’ You’re guaranteed both in Aberdeen, but plenty to read by the fireside too.

A Modern-Day Explorer, a Costa Rican Jungle, and the Search for a Lost Son 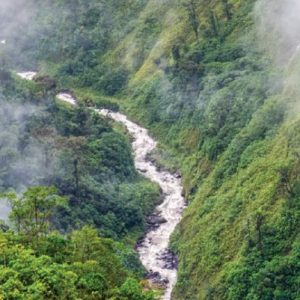 A Modern-Day Explorer, a Costa Rican Jungle, and the Search for a Lost Son

In the predawn hours of July 10, 2014, the twenty-seven-year-old son of preeminent Alaskan scientist and National Geographic...
© LitHub
Back to top