Outside the small village where we live stands a white chapel. It’s a strange building, not typical of the area. Square and plain. No spire or stained-glass windows. More fitted perhaps to a dusty Midwest town in the US (perhaps with an old couple standing outside, holding a pitchfork!)

Rows of crooked and ancient graves tip and tilt in the overgrown graveyard and at the top of the steep slope is a tall stone memorial. The inscription on it reads:

Erected to the memory of Richard Woodman and George Stevens of Warbleton,

who with six others, were burned to death at Lewes

Because they dared to worship God as the word of God directs.

There are more of these memorials in other churchyards in other small villages around the Sussex area, all commemorating men and women who were horrifically burnt at the stake during the period of 1553-1557, known at the ‘Marian Persecutions’.

When Mary Tudor, daughter of Henry VIII came to the throne in England in 1553 she was pressured to abandon her unshakable Catholic views. Instead, to re-enforce them she had no fewer than 288 Protestants burned as ‘heretics. Seventeen of these martyrs were burned in the small Sussex town of Lewes, just a thirty-minute drive from where my family and I now live.

Mary’s persecution of the Protestants earned her the name of ‘Bloody Mary’. Hundreds of Protestants were arrested and forced to languish in appalling conditions in jail while waiting examination or execution. Among them were eminent Christians such as the Archbishop of Canterbury, several Bishops and dozens of clergymen and scholars.

Towards the end of 1554 four men were arrested by the High Sheriff of Sussex in Black Lion Street, Lewes for daring to read from the Bible. After forced confessions were signed, they were taken by their persecutors to Lewes town centre to be burned outside the Old Star Inn where the Town Hall now stands. On the 6th of June 1556 three more Protestants were taken to their flaming deaths in Lewes.

Despite these deaths, Bonner, the Bishop of London was not convinced that the heretics were being persuaded back to the Roman faith. So, he arranged the largest bonfire of humans the town, or indeed the country, had ever seen.

Such was the conviction of the Protestants’ faith, they would not recant their deeply held beliefs—that Jesus Christ was the head of the church, and it was inconceivable that the Roman Catholic Church should put the Pope at the head of the Christian faith. It was only when Mary’s reign came to an end in 1558 that they were able to return to open worship.

Since the nineteenth century, the Lewes bonfire societies have annually remembered the martyrdom. The memory of the Lewes martyrs is celebrated with an annual torchlight procession and many bonfire societies in the area carry seventeen flaming torches every November 5th. The sight of the huge processions, participants dressed in historical clothes, carrying flaming torches (even the children) is something to behold.

In my new novel, The Burning Girls, the flaming torches of the Lewes procession have been replaced by ‘Blair Witch’ like twig dolls which the villagers of Chapel Croft make every year to commemorate the two youngest martyrs burnt at the stake. The Burning Girls are cast into the fire in their memory. The ghosts of the two girls are also supposed to haunt the old chapel, appearing to those in trouble, forewarning of bad events to come.

When Reverend Jack Brooks and daughter Flo arrive at Chapel Croft, they find themselves confronting ghosts of the villages dark and bloody past both literally and metaphorically. As they investigate the village’s history, they realise that the deaths of two young martyrs are somehow entwined with the disappearance of two teenage girls in the 1990s and the apparent suicide of the previous vicar.

I have always been a huge fan of gothic and folk horror. The Wicker Man is one of my favourite films. So, when I moved to Sussex with my own family two years ago, I immediately felt drawn to the strange white chapel on the village’s outskirts and its macabre monument. I knew I had to write about it.

The Burning Girls mixes real historical events with a fictional mystery, a dose of horror, plenty of oddball characters and good old-fashioned small-town paranoia. I hope it satisfies those who enjoy some creepy chills and those who like to untwist a knotty mystery.

I should probably say that the villagers where we live are nothing like the characters in the book and we’ve made some lovely friends in this small community. However, several times a week, I pass the old chapel on my morning run and something about it still makes the hairs rise on the back of my neck.

Perhaps the ghosts of the past are never too far away after all. 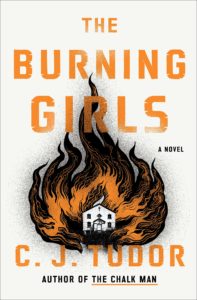 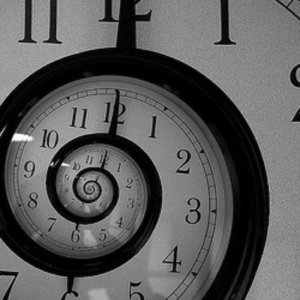 Time travel is a genre unto itself, one that spans sci-fi, mystery, fantasy, history and more. But there are distinct categories...
© LitHub
Back to top