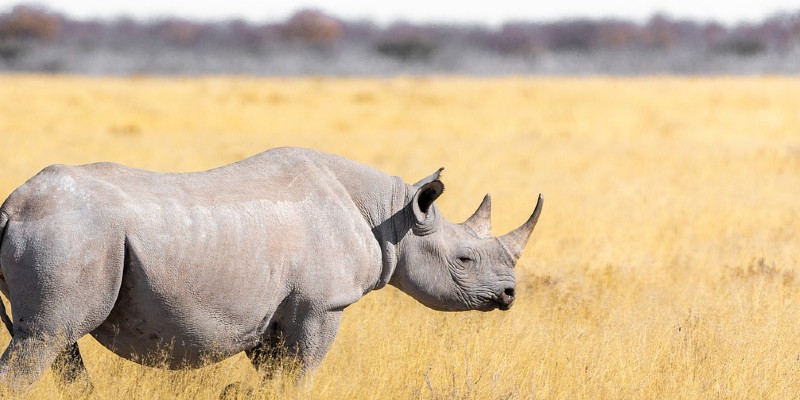 On conservation and fiction.

It was a winter night, cold and snow-sparkled and far from the marquee’s glittering Marvels over the suburban multiplexes. Instead, in this patinaed, one-screen arthouse downtown, the film festival showed Baichwal, Pencier, and Burtynsky’s stunning film, “The Anthropocene.”

The Anthropocene is a concept from the 1930’s and suggested an age when human reason and development will influence the entire biosphere. More recently, and frequently, it’s being applied as an epoch, wherein the physical, lasting evidence of human presence is imprinted upon the geologic record.

In the film, such impacts were affectingly illustrated. Watching massive mining operations, the orogenesis of plastic ranges, and hundreds of ivory tusks being incinerated to remove them from black-market trade, all ably demonstrated that any argument against The Anthropocene is resolved. It’s undeniable; our presence is indelible. Millions of years from now, it will be known that we were here. With that question answered, another arose, though unlikely intended by the directors.

Let’s consider the following. Let’s be viciously honest with ourselves. Attempt to subvert any subconscious moralizing and sanctimony. Let’s be aware of the pervasive noise of ideological bias and the West’s besotted predilection toward climate sanctimony. Let’s truly think. When you arrive at your answer, don’t say it, not even in a whisper; actualization may sully your resolve.

The question is: When was the last time a white rhino did anything for you?

Though flippant, it’s an important question, perhaps even one of the most important ones. I thought about this, too. It took time and dedicated wattage. Really. Slow down. The world is moving too fast now, and it’s scattered our abilities. Stop reading and think this through. Why, right now, are there armed guards laying their lives down to protect these beasts from poachers? Why are human lives being traded for animal ones?

Don’t tell me your answer just yet. I’m interested to see if we sync up, if either or both of us is entirely out to lunch. Whatever the result, we’ll be better off for having thought deeply and candidly on one thing. And chances are, the rhino is playing an important role for you. It deserves this attention because it’s unlikely to be around much longer.

Outside of a zoo, most of us will only see such beasts online or in a nature documentary. So, an honest, though thoughtless, answer is, “A white rhino’s never done a thing for me.” Of course, this response is instantly condemnable… morally. But here, we only need examine the paradox of our seemingly innate human proclamations of stewardship of nature, because they are quite at odds with how we behave. Simply, humans express a true core of biophilia, we intrinsically love animals and nature, but as a species our actions are manifestly biocidal. This disconnect should confound.

Moving beyond the obvious emotional response of loving other living beings, or vaguely knowing that higher biodiversity being better than lower, and so on. The rhino is not vital for our practical survival. They neither clothe nor shelter nor feed us. As much as we try to convince ourselves otherwise, we want the space they occupy. We will end them. And we will carry on in their absence, ourselves disproportionally undiminished.

Later, in that same summer of the off-brand popcorn bag and butter-type topping, carrying a brainful of rhinos and traveling through Sequoia National Park to visit those giant redwoods who’ve been hanging out there for thousands of years, we came across two interpretive plaques, side by side. Now paraphrasing, the first stated that the ardent mission of the powers-that-be was to preserve the ecosystem of these majestic beings, at all costs. The second explained that the haze hanging over the mountains had drifted across the ocean from industry on the next continent to the left. Satellite imagery was provided as proof. The disconnect of intent and actuality was confusing.

The ideas of ‘coastal ecosystems‘ and ‘mature conifer forests’ are unhelpful classificatory fictions that blind to this larger issue. These big ole trees are not some immovable architecture (as a species, anyhow) any more than a park’s service can control trans-Pacific smog from seeping into the partition of their park. On every level, the planet is a soup of ever-wandering, ever-changing, ever-shifting currents. Indeed, a peek inside our own DNA shows we are also soup, made of past iterations of ourselves, viruses, bacteria, and so on. No single pixel can be separated from the larger picture. Compartmentalizing any portion of the whole is a damning oversimplification, which distracts our attention and undermines our problems. It endangers our rhino.

One final consideration to the fate of our lonely last rhino. Research for a different project kept pointing me to the Drake Equation. Briefly, it’s an equation constructed by a bunch of starry-eyed scientists (who incidentally named themselves, “The Order of the Dolphin”… real life is so fantastic) who met at the dawn of the 1960’s. They were trying to calculate the probability of intelligent life existing elsewhere in the universe. The answer was: high. All well-and-good for a future novel, but The Order raised another important question: In an unfathomably huge and immensely ancient universe… where the heck is everyone?

The Fermi Paradox posited an answer. Intelligent civilizations don’t just have to arise; they have to do so at a time and place where they could reach out and say, “Hello, neighbor.” And, it theorized, for reasons beyond this essay’s word count, that technological civilizations rise and fall relatively quickly. As theorists tend to spiral on, the Great Filter, and in paleontology the Medea Hypothesis, were put forward as explanations why. These argue, technological beings, or even multicellular life, are self-destructive and suicidal. A superorganism (that being culturally connected humans or all multicellular life on Earth) creates its own demise through the very factors that enable its success.

Arguably, this is being played out in this very moment of humanity’s tenancy of Earth. So, while there may be, and may have been, many such intelligent civilizations in the universe, it’s in their nature to destroy themselves, making such contact between civilizations a bit challenging.

How the tables have turned, our rhino might ponder. Humans are now providing themselves an example of where their interstellar neighbors are. They’ve become the “intelligent civilization”, in spirit, whose presence they have been searching out for decades, and whose behavior is now in need of a little introspection.

Once the popcorn was finished and the buttery fingers wiped on pant legs; once the lights came up and the blinking patrons staggered out into the snow, leaving the tattered theatre vacant, the uncomfortable question lingered on, “Why bother?”

By preserving our rhino, humanity challenges its own demise. We are driven to try and preserve the world around us because we realize that ‘it’ is ‘us’. Psychically, we are challenging our inherent drive to self-destruction. By saving the last white rhino, we show that we may just be capable of saving ourselves, that we may be worthy of standing in some yet-to-be-realized future.

We know how this movie is going.

We don’t yet know the twist at the end.

Now… what was your answer? Comments below.

For the bookish, looking to read a bit more on the wilderness, check out these great essays: 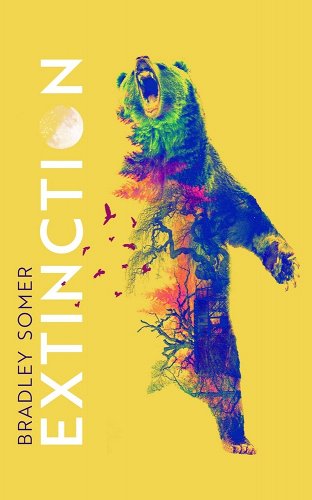 Bradley Somer holds degrees in Archaeology and Anthropology, where his studies focused on paleoenvironments and human prehistory in North America. He worked as a heritage resource management specialist for fifteen years. Bradley’s newest novel, EXTINCTION, is available in North America (Blackstone Publishing, 2022) and throughout the Commonwealth (HarperCollins UK, 2022). It is a thinky-type ecological thriller that digs further into the goals of conservation. Bradley lives with his husband at the foot of the Rocky Mountains. Between sitting for hours reading and chronic bouts of writing, he enjoys snowshoeing and hiking the outdoors. 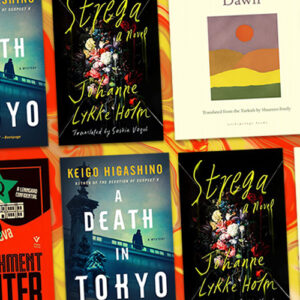 As the end of the year draws nigh, my international selections grow more brooding (although surprisingly not more Scandinavian)....
© LitHub
Back to top