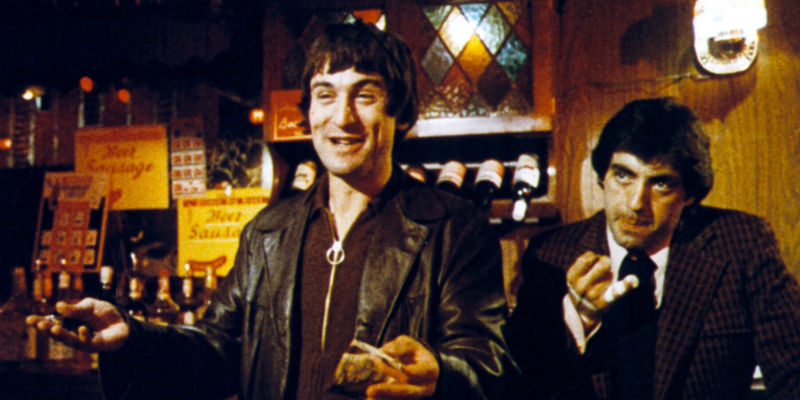 It is blindingly clear that none of the main characters in Mean Streets is Rhodes Scholarship material. The bloody battle in Joe Catucci’s pool hall is caused by the insult of the word mook and it is likely that no one—not the audience, and not the characters in the movie—knows what it actually means. The fact is, it doesn’t mean anything, except in some isolated Brooklyn neighborhoods. Director Martin Scorsese heard about a fight over the word in one of the neighborhoods and thought it was funny, so he used it in the film.

In Harvey Keitel’s high school in Brooklyn, neighborhood kids developed a vernacular that did not travel far. A Gropo was a dope, and a Mook was even dimmer than a Gropo. A Harvey, in contrast was someone to whom everything came easily. Lou Gossett Jr., who also came from Keitel’s neighborhood, invented the term Harvey Mookie—a person who is really good at being stupid. It has been heard in recent years on NYPD Blue, with the added connotation of dishonesty, so when Andy Sipowitz says he’ll talk to the mook privately, he means he knows he has a moronic crook in custody and he’s preparing to beat or frighten some truth out of him. 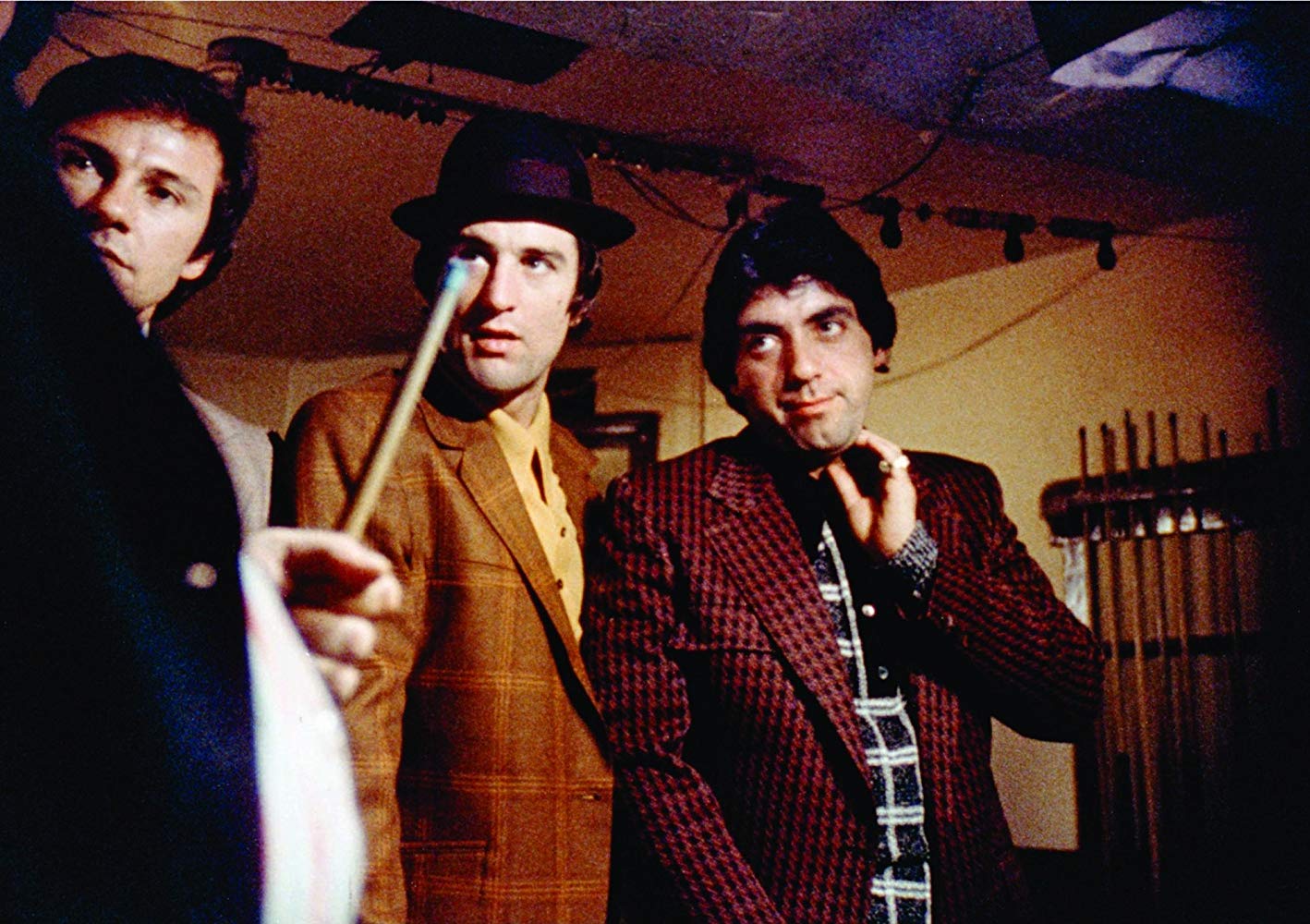 Johnny Boy and Tony are second-generation Italian punks living in Little Italy, where they survive on the fringes of the law by running numbers, loan sharking, and anything else that involves making a few bucks.

Charlie is a natty dresser who still lives with his parents but is having an affair with Teresa, Johnny Boy’s epileptic cousin. Johnny Boy is a volatile loner who is deeply in debt to Michael, the suave but dangerous neighborhood bookie. Tony runs a bar where the neighborhood hoods hang out.

When Johnny Boy demeans Michael in front of the others at the bar, his life is in danger. The bookie is already enraged because he can’t collect Johnny Boy’s debt, which grows rapidly because Johnny Boy isn’t even trying to pay the vigorish (interest). Johnny Boy asks Charlie to intercede with his uncle, a Mafioso, but Charlie doesn’t want to bother his powerful uncle with such a trivial matter and offers to hide his pal in Brooklyn instead. Tony borrows a car to take them where it will be safer, and Teresa joins them at the last moment.

As they pull away, they are followed by the murderous Michael and two gunmen, who open fire on the car with an endless torrent of bullets.

Much like Goodfellas and The Godfather films, this portrait of gangsterdom is not driven by a single narrative but by a series of vignettes that ultimately provide a picture of each of the characters, their surroundings, and the lives they lead. Unlike the Corleone family and its associates, these characters have no cultivation, no Machiavellian schemes, no brains, and no future. They are doomed from the outset—doomed to die or to continue to live as borderline survivors in the gutters and alleys of Little Italy.

The title, Mean Streets, is an ironic homage to Raymond Chandler, whose brilliant essay likening the honorable private detective to a knight famously bears the phrase, Down these means streets a man must go who is himself not mean…

The gunman in the back of Michael’s car is Martin Scorsese in his Hitchcockian cameo. The director’s other trademark is a brief scene for his mother, who is the woman who comes to Teresa’s aid when she has an epileptic fit.

George Memmoli, who played Joey, the owner of the pool hall, had been a member of The Ace Trucking Company comedy ensemble. He dropped out of comedy and acting for a career in home renovation and died in 1985 due to complications connected to his obesity; he weighed more than 500 pounds.

Charlie, attempting to convey some of his philosophy: “You don’t make up for your sins in church. You do it in the streets. You do it at home. The rest is bullshit and you know it.” 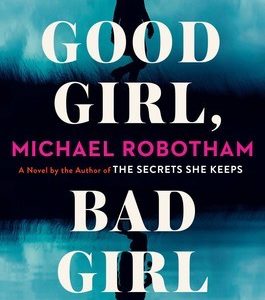 The semidetached house has a single bay window on the lower floor and a small square of soggy front garden surrounded on three...
© LitHub
Back to top