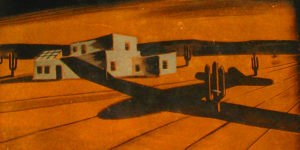 “The Crime Novels of WWII” by James R. Benn

In this fascinating dive into the crime fiction of WWII, James R. Benn looks at the subtle and not-so-subtle ways in which crime writers chose to engage with the war. Surprisingly few crime writers even mentioned the ongoing conflict in their wartime mysteries—some, like Dorothy Sayers, felt it was too small a gesture, dedicating herself to outside means of supporting the war effort, while others, like, Dorothy B. Hughes, wrote several novels featuring shadowy fascists making their insidious way into the American heartland. Agatha Christie cheerfully exploited the conflict for source material, which a haunted Raymond Chandler waited until long after the war to bring it into any of his works. This is essential reading for those interested in how we process ongoing history through fiction.—Molly Odintz, CrimeReads associate editor

“The Most Wanted Woman in America” by Jonathan Lee

This piece ran two weeks ago and the overwhelming response from readers in that time has been along the lines of, “Wait, this really happened? This is crazy. When is this going to be made into a movie?” Jonathan Lee’s mesmerizing, rollicking account of the crimes of Heather Tallchief and Roberto Solis has it all, assuming we all have about the same criteria for “all”: poetry, disguises, allegations of “sex magic,” confidence games, and most importantly of all, a $3 million Las Vegas heist that baffled FBI agents later described as a “perfect crime.” Lee dives deep into the wild story, asking what brought this odd couple together, what drove them apart, and of course, what happened to all that money? This is one of the most gripping stories you’ll find on CrimeReads.—Dwyer Murphy, CrimeReads managing editor 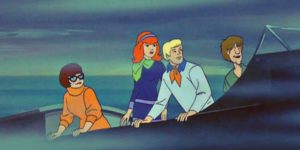 Scooby Doo is a (surprisingly) complicated and dynamic show on many levels, but in her essay Eleni Theodoropoulos illuminates how it is also historical, relying on gothic imagery and eighteenth-century aesthetic principles to create a highly specific atmosphere and corresponding sense of spookiness/danger. This essay is full of such rich, thoughtful close-readings of so many classic episodes, which together ask a fantastically necessary, and easily overlooked question: what is the supernatural doing in Scooby-Doo (and therefore, what is the supernatural doing for Scooby-Doo)? Why isn’t it just a detective show? Why ghosts?—Olivia Rutigliano, CrimeReads editorial fellow 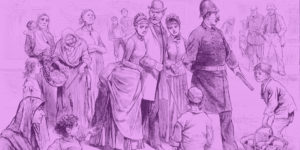 “The Spectacle of Degradation” by Dominique Kalifa

Remember that part of Gangs of New York where a bunch of rich people head to the five points and publicly swoon at the misery while privately enjoying it? In this article, Dominique Kalifa goes into the history of slumming as it happened across the globe, and looks at how the “Grand Duke’s Tour” of carousing with the demi-monde turned into the Victorian shaming of the poor.—MO 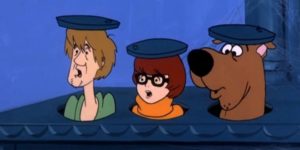 How did a show about four animated teenagers and their anthropomorphic pet become the hallmark of TV crime show realism? In this highly entertaining and thoughtful article, CrimeReads Editorial Fellow Olivia Rutigliano investigates the ever-present realism and anti-capitalist message of Scooby Doo as we celebrate the 50th anniversary of this seminal show.—MO 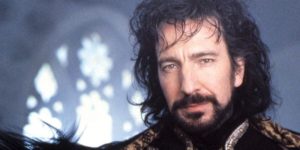 “In Defense of the Sheriff of Nottingham” by Nathan Makaryk

So, before this article came in, I never, in my wildest dreams, thought I would find the Sheriff of Nottingham to be a sympathetic character. In this fascinating take, Nathan Makaryk looks at the perception of villainy, and shows us how to empathize with even the worst of characters (while not providing them with any excuses). And hey, Robin Hood was kinda annoying—or at least, Kevin Costner was super annoying as Robin Hood. Man, that movie was so bad.—MO 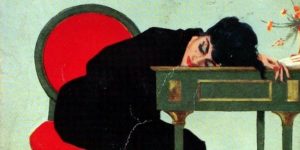 In this nostalgic essay, Martin Edwards takes us through a forgotten bibliography of classic Golden Age detective mysteries. It’s a sweet, wistful exploration of what happens to the popular culture we love that is not canonized, and an exhortation to keep reading and discussing texts that have fallen from memory.—OR 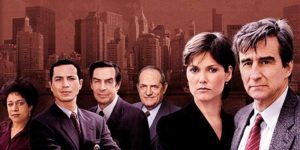 Lilly Dancyger presents, in this essay, one of the most difficult situations a person can be in: choosing between two beloved television shows that greatly resemble each other. Dancyger weighs Law and Order proper against its spin off, Law and Order: Special Victim’s Unit. On their own, Dancyger loves them both—but she makes the case that the strict consistency in plot and frequently rotating cast of L&O makes it superior to SVU, where the focus on a single character can allow the dynamics to sour and cause cast departures to feel like disasters. She writes” Law & Order is about the formula, consistent as the tide, soothing as white noise, more reliable than most old friends. It was perfect.” It’s satisfying to read Dancyger’s thoughts—there’s nothing quite like an analytical a deep dive into content you love.—OR 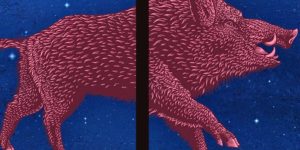 Look, I was aware that the South, and in particular Texas, was having a problem with feral hogs. But did I know about the full extent of it? Did I realize it was on par with, say, a biblical plague? No, I’ll admit that I didn’t, not until I read author Heather Harper Ellett’s fascinating and wickedly witty account of the south’s hog infestation, which, she argues convincingly, has created a new moral reality that can effectively be described in only one word—a favorite word at CR—noir. —DM 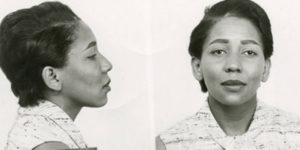 “Memoirs of an International Jewelry Thief” by Doris Payne

Doris Payne worked as an international jewelry thief running the classiest cons imaginable for over 60 years, and is basically the most badass woman in the world. Her memoir is soon to be made into a film, and in the meantime, you can check out this short passage from the book, in which Diamond Doris heads to Monte Carlo to steal some seriously large jewels.—MO 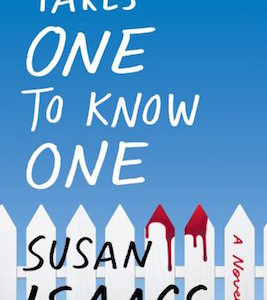 Last night I dreamt I went to Queens Boulevard again. With the stately steps of a bride, I crossed to my parents’ apartment...
© LitHub
Back to top