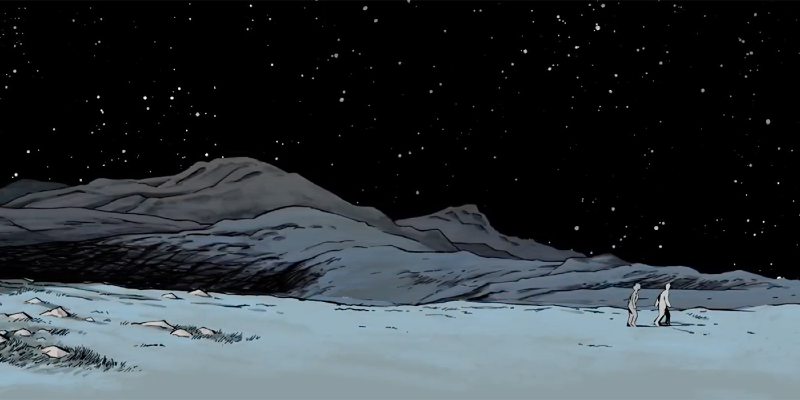 Noir comes in all shapes and sizes, but setting is always an integral part of the equation—and Ireland is no exception, with names like Ken Bruen, Declan Burke, John Connolly, Tana French, and more leading the pack. But Irish noir isn’t limited to prose. The graphic novel has continued to be a fertile and imaginative medium for crime fiction, and writer Declan Shalvey—in partnership with artist Gavin Fullerton—are ready to join the pantheon of top-flight Irish crime talents. 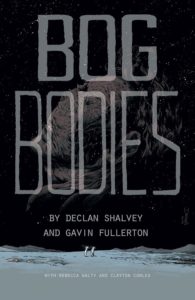 Their original graphic novel, Bog Bodies, published by Image Comics, tells the story of an Irish gangster on the run after a heist gone haywire. While trying to get away, the criminal discovers a woman wandering the Dublin mountainside, hurt and unarmed. The duo have to not only escape their pursuers, but also navigate the dark bog that has served as a burial ground for myriad murders over the centuries. Shalvey’s narrative is terse and evocative, amplified by Fullerton’s quirky and riveting art style. Together they craft a crime tale that feels both modern and entrenched on the pillars of the genre—not an easy feat.

Shalvey, who has built a sterling reputation as an artist on series like Injection and Moon Knight, says the idea for Bog Bodies sprang from the many disappearances that occurred in the Irish mountains, and the story potential a place like that is loaded with.

“The mountains are beautiful, amazing scenery, but the fact that it’s more isolated makes it a choice place for the criminal element to get away with murder, literally,” Shalvey said. “I also am a big fan of crime fiction and rarely get to work on those kinds of projects as an artist, so I enjoy making them from a writing point of view. I also enjoy depicting a more working class type of story in comics as I don’t think you see a lot of it in this medium.”

Shalvey’s protagonist is a man named Killian, a young member of a Dublin gang asked to help get rid of a body in the nearby and isolated Dublin Mountains. But he soon discovers he’s the body that’s meant to be dumped. After a narrow escape, he finds a young woman out there also stranded. They both try to find a way out of there while also staying a step ahead of Killian’s former colleagues.

The creative team, consisting of Shalvey, Fullerton, and colorist Rebecca Nalty, are all Irish creators and connected with Shalvey during his time as a teacher.

“Gavin attended a storytelling class I did in Dublin, and Rebecca was part of an apprenticeship program I was a part of,” Shalvey said. “Since then, they’ve really both developed into interesting artists, and I like the idea of the book having a primarily Irish creative team. As a result, there’s an authenticity in the DNA of the book, a subtle aesthetic that feels more genuine.”

The framework for what would become Bog Bodies was hashed out in true Irish fashion—face-to-face at a pub.

“When we talked it over, Gavin brought up some interesting themes that really clicked the book together for me and I started working on it with the help of Heather Antos as editor, who I worked with when she was at Marvel Comics,” Shalvey said. “We first met at a comic convention talking about crime comics, so it’s great we actually ended up working on one together.”

Because Shalvey was quite busy with his own art, it proved challenging to stay ahead of Fullerton—but the eventual process created a more spontaneous and kinetic final product.

“While I would have liked to have written the whole thing on one go and given the entire script to Gavin, because I was so busy, I ended up staying a chapter ahead of him,” Shalvey said. “It worked as I had a very fleshed out outline, but more satisfyingly, I’d find that Gav’s pages would inspire and excite the writing. His talent for character design really informed how I wrote the characters themselves. It was very collaborative in that he would draw what I wrote, but his art then affected the writing.”

Like the best pieces of crime fiction, Shalvey hopes Bog Bodies showcases parts of Ireland those unfamiliar with the country might not expect to see.

“With these Irish crime books I’m compelled to work on, I want them to show the audience an Ireland they aren’t expecting to read about, but also deal with themes that directly relate to the country,” Shalvey said. “Savage Town was about a crime gang in Limerick, but also about the economic boom/collapse the country went through. Bog Bodies is about a bunch of Dublin gangsters lost in the countryside, but there are more institutional themes, relating to issues with the Catholic Church here.”

Shalvey’s an avid consumer of crime comics, as well, with a few standouts he finds himself going back to regularly.

“My favourite comic is, hands down, Brubaker/Phillips’ Criminal, an incredible high bar for crime comics,” Shalvey said. “Stray Bullets is also a huge inspiration for me. With Bog Bodies and its predecessor to a degree Savage Town, I like the idea of doing those kinds of books… returning to this ‘world’ every couple of years with this unique slice of Irish crime stories while spotlighting more Irish creators. A series ‘Paddywhackery’ graphic novels, if you will. Will have to see how things go!”

Bog Bodies is out now from Image Comics. 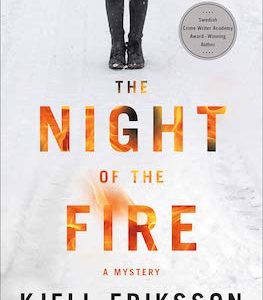 Stefan Sanberg was not a good person. That was common knowledge. Essential features in his set of social skills were lacking....
© LitHub
Back to top