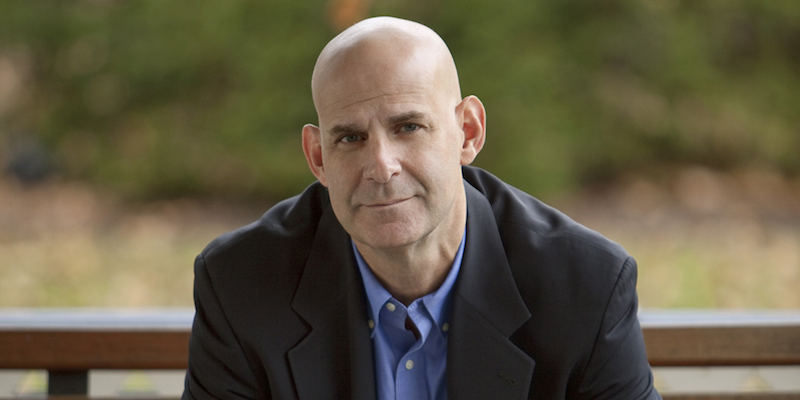 The Master of Suspense Weighs in on Craft, Ordinary Heroes, and Finding The Heart and Soul of the Story

When I picked up Harlan Coben’s latest novel, Runaway, I had little idea of what to expect. I knew it would be a page turner, and rest somewhere comfortably in between psychological thriller and action territory, but as my first foray into Coben territory, I couldn’t have expected how quickly it would hook me, not letting me go until the last quiet reversal in the penultimate pages. Coben’s work is full of the unexpected, and the good-hearted; if someone took Italo Calvino’s short stories and added a murder to their more humanistic twists, then made each one about 400 pages long, they might read a bit like a Coben novel. Harlan Coben’s work reminds us that the revelation of a secret can be as deadly an act as a planned kill; that good people get in over their heads and make mistakes; that the world of the ordinary can become extraordinary in an instant. His new novel follows a man in search of his runaway daughter, who’s been hiding bigger secrets than he could possibly fathom. Small-time crooks are as believably sketched out as central characters, for a work that easily moves back and forth between heart-breaking and heart-pounding sequences. I caught up with Harlan to chat about his latest, the art of the reveal, and what’s going on with all those Netflix shows.

Molly Odintz: When I picked up your new book, I was excited to find the book filled not so much with male action stars happy to finally have a parenting task that requires machismo, but instead featuring sensitive family guys, completely overwhelmed by the novel’s events. I found this quite refreshing, and I wanted to ask, what’s your strategy for crafting sensitive, fleshed out male protagonists, rather than muscle-bound action stars?

Harlan Coben: First off, thank you for the kind comment. It means a great deal to me. Second, to answer your question in one word: Realism. I wanted Simon and Ingrid to be real people, real parents—which means one part superhero when under threat, but three or four parts in over their heads.

Your plotting is intricate, and your latest has reveal after reveal. What’s your secret, when it comes to plotting?

I don’t know. I do think it helps to know the ending—that final twist that I hope you find gut-wrenching and shocking—before I start. Then it becomes more a question of telling your story and letting the narrative work organically. Hmm. Re-reading this, I’m making it sound way easier than it is. The shorter answer: I just keep trying until I get it right.

You’re one of a number of American crime writers who are wildly popular in France (although I should add that you’re also wildly popular in the US)—what’s your experience been like with French audiences? What do you think makes them such good crime fans?

I hate to generalize about readers in general, but from what I’ve heard from French readers is that they appreciate the combination of twists/surprises/thrills with heart/friendship/family. I like to think it’s mostly about the heart and soul of the story rather than the rollercoaster ride, but who knows?

Your books are o 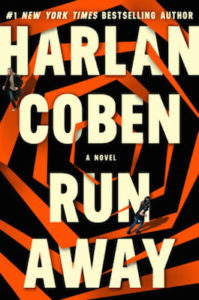 ften concerned with ordinary people thrust into extraordinary situations in which they must cope as best they can—what attracts you to these characters?

As we discussed above, I don’t really like writing about superheroes or machismo. I do that a bit more in the Myron/Win books, but mostly I think it’s more compelling to write about people more like you and me, people who are trying to do right but wrong still seems to find them.

I had Penny Lane stuck in my head while I was reading the whole book, and I have to ask: do you write to a soundtrack of the Beatles? What’s your writing process like, more generally?

Oh, that’s cool. I like the idea of a soundtrack in your head while reading! I don’t remember what I was listening to while writing this for the most part. It’s usually a huge variety of stuff. I did (and still do) spend time in Central Park’s Strawberry Fields, just as Simon does in the opening, so yes, I’m sure John Lennon and the Beatles are in there somewhere.

One of the major themes of your new book is that people have the right to be judged not on their past, but on their present—what did you want to explore when it comes to  redemption?

I’m not big on discussing what I want you to get out of the book. I prefer to tell the story and let you decide. That said, redemption is a big part of my books—when it is earned as well as when it is not. There is no “one answer fits all” type of theme here.

Is there an author whose work influenced you in a way that might surprise people?

All authors can influence you—even the worst books you read. Influences come from everything. I’m also inspired by painting, by sculpture, by poetry, by the face of a woman I just walked past on 52nd Street. I’m inspired by conversations I overhear, by the uptight walk of a certain man, by the way a child cries out for his parents. Is that surprising? I don’t know.

You’ve written series and you’ve written stand-alones—which do you like better? Is the process substantially different between the two?

The process is pretty much the same. I use a painting analogy. A stand-alone is a totally blank canvas. That’s great if not intimidating. The series has some of the canvas filled in which is sometimes limiting, though I love what’s already there. So when I get an idea—the books almost always start with an idea—I ask myself, “Who will tell this story?” If the answer is Myron—and mostly, it’s not—then it’s a series book. If not, it’s a stand-alone.

It’s more compelling to write about people more like you and me, people who are trying to do right but wrong still seems to find them.

You now have a huge deal with Netflix, which makes you even more of a household name. What’s it been like, to join the TV parade?

I’m really enjoying my Netflix relationship. It has actually fired me up to write the novels rather than sapped my energy. A novelist is by design something of an introvert. I’ve loved leaving that lonely room and hanging out with the cast and crew— but then, alas, I get exhausted by that and scramble to get back to my quiet writing cave. The two mediums—book, TV—seem to fuel one another.

And one last question: you’re incredibly active on social media and have devoted fans. What’s your secret to turning a disparate bunch of readers into a community?

You probably won’t like this answer, but I think I’m crap at social media and I don’t think it helps create a community at all. It may be a good way to let people know about new books or TV series, but other than that, nah, I’ve seen no evidence that it really helps. So why do I do it? Heck, if I was a good businessman, I may not be writer. I do it because I could be wrong and maybe it is valuable! 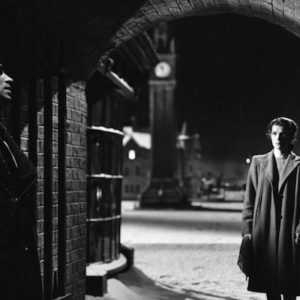 St. Patrick's Day is nigh, and it's that time of the year to either celebrate Irish culture or make a mockery of it, depending...
© LitHub
Back to top