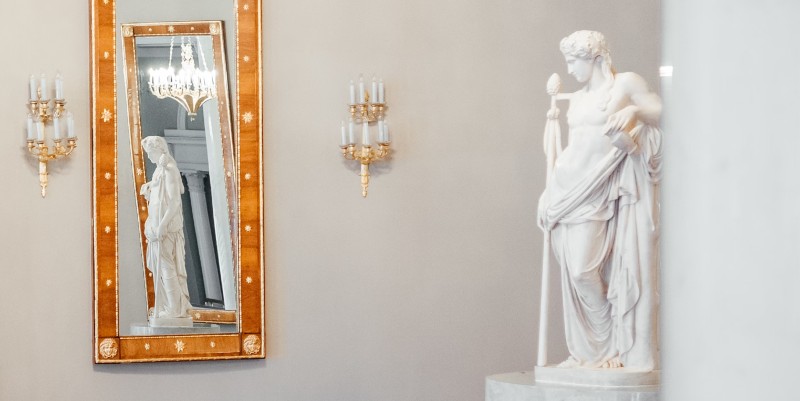 Victoria Houston on the many ways fine art has gotten itself mixed up with modern crime.

My introduction to the criminalization of fine art happened on a personal level.  And by “criminal” I mean the use of fine art to commit tax evasion.  Later, I would discover fine art could serve as an efficient vehicle for other crimes ranging from fraud and money laundering to theft.

It was the eighties and I was an art critic for a national magazine and a major American newspaper.  In my private life, I was also the member of a socially prominent museum support group thanks to my marriage, at the time, to a wealthy businessman.  It was during my museum activities that I became aware of two people whom I knew socially who were donating paintings and drawings to the museum and taking substantial tax deductions for their donations.

The art they donated was by well-known contemporary artists and the donors alleged the works were worth hundreds of thousands of dollars – hence they got major tax breaks.  But there was one problem: as an art critic familiar with the artists and their works, I knew the drawings and paintings donated were not the artists’ best work.  In fact, the donated art work was very third rate and quite inexpensive and not worth much more than a couple hundred bucks if that.

I knew this because not only had I had studied art in college but I attended a school where the artists in question—very well known in the world of contemporary art—were teaching.  So I was more familiar with their work than the average critic might be.

Alarmed by the obvious over-valuing of the donated art, I brought the inflated donations to the attention of a senior editor of the newspaper where I worked.  I suggested that since this was highly illegal—the newspaper should break the story.  The editor’s response?  I got fired.

Unbeknownst to me,  the editor I had alerted was also involved with the museum, making similar donations—and taking huge tax deductions.

Hmm.  Lesson learned.  But great “material” for a mystery writer.

In the years since, I have learned a lot more about the financial “funny business” that often surrounds the beautiful fine art we all appreciate.  What follows is a brief overview.

In recent years, the general public and federal regulators have become more aware of how some individuals operating in the world of fine arts have generated a criminal industry encompassing theft, fraud, tax evasion, money laundering and more. In 2005, an investigative story in The Washington Post reported that Interpol ranked it third among property crimes worldwide.

More details have emerged over the years.  In 2021, The New York Times ran a comprehensive investigative piece by Graham Bowley, “Worried by Dirty Money, U.S. Examines the Secrecy of Art Sales,” that explored a number of ways art is being used for criminal purposes.

The article opens with a shocking story of a drug dealer able to launder millions through buying and selling art by iconic, famous artists such as Renoir and Picasso.  These are paintings that sell for millions of dollars—many millions of dollars.  And the transactions were executed in total secrecy.

Also recently, it has been reported that the federal government has become aware of people—not in the drug trade or committing theft—who buy and sell expensive art in ways that allow them to avoid paying capital gains taxes.  And there was the recent story about the two Russian oligarchs who used buying and selling art to avoid sanctions on their businesses.

Change is happening but slowly.  For example, the IRS is significantly understaffed and tracking art purchases is not easy.  At the same time the art market has exploded in value.  However, it’s estimated that less than half the art bought and sold is done through public auction houses.  This has led to buyers and sellers both being at a disadvantage when their “middlemen” decide to take “commissions” far larger than is reasonable—at least from the viewpoints of their clients. Is this theft?  The question is out there.

For example, as detailed in Graham’s NYT’s article, one art enthusiast, a Russian businessman, paid $118 million for a Modigliani.  In an odd coincidence, the Russian was introduced to an art advisor who remarked that he had handled that sale for a client but that his client had received only $93.5 million for the Modigliani.  That’s $24.5 million difference.  Hmm.  How did that happen?  Turns out the Russian was using another art adviser and that individual alleges he made it clear that he was independent and could buy and sell on his own terms.  There has since been a legal battle with the Russian saying, according to Graham’s piece in The New York Times, that “if the market were more transparent, these things wouldn’t happen.”

As mentioned earlier, this lack of transparency does concern the federal government, which recently issued a 40-page study stating that the lack of transparency coupled with the high prices art can generate plus the ease with which it can be moved make it vulnerable to money laundering.

However, the government team feels there are larger issues that should be solved first such as the abuse of shell companies and the large number of criminals happy to engage in money laundering. Government officials are planning to submit their research on the issues surrounding high-value art and art fraud to the House and Senate where they said there are issues in “bigger sectors such as real estate” that may take precedence.

The crime that attracted me for the purpose of my recent book, Hidden in the Pines, is money laundering, which is made easy by the fact that shell companies function under minimal regulation.  Again, there is a move to regulate such firms more closely through the Treasury Department’s Financial Crimes Enforcement Network (FinCEN) but until more safeguards are put in place money laundering continues.

How does money laundering work?  Pretty simple:  An individual with profits from an illicit operation uses that money to buy art, park the purchased art in place for a while until a later sale of the art results in “clean” money that appears to be legitimate. Again, Graham’s article in The New York Times provides examples of how this happens.

Final note from this author:  Be careful.  Do not be seduced by the ease of using art in criminal ways.  Instead, read Hidden in the Pines: A Lew Ferris Mystery to be reminded that crime does not pay. 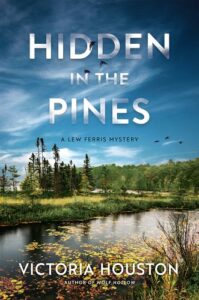 Victoria Houston is the author of 19 books in the Loon Lake mysteries as well as seven non-fiction books on family issues. She has been featured on the front page of The Wall Street Journal and on National Public Radio. Houston lives, writes and fishes in northern Wisconsin. 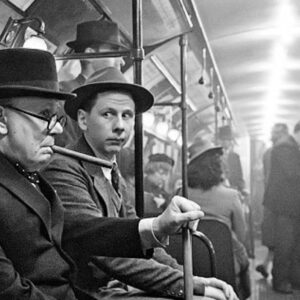 I write a historical fiction series set in World War Two London. My protagonist is a Scotland Yard detective called Frank...
© LitHub
Back to top