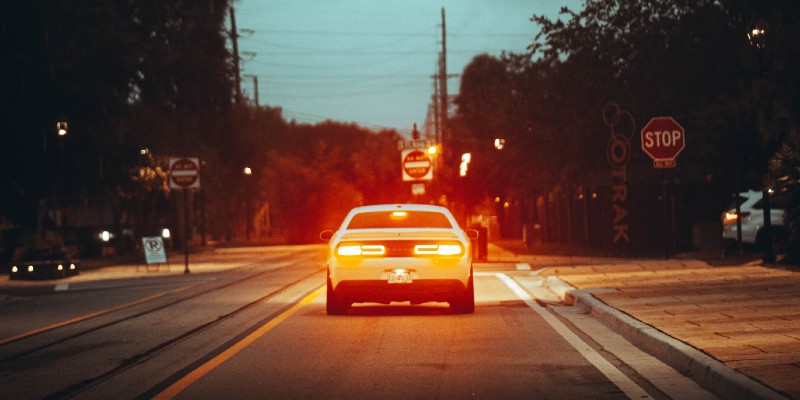 Natalie Lund on family road trips, audiobooks, and the pain of losing a mother.

VIA VIKING BOOKS FOR YOUNG READERS

My mom was diagnosed with melanoma in 2015, and, after a surgery to remove lymph nodes, the cancer lay dormant for about three years—hidden in scans and bloodwork—until exploding across her skin again in 2019 and leading to her death last February. In that span of seven years, treatments, trials, hospital visits, surgeries, and holidays drew me across the country again and again—pets in the backseat and husband beside me, a mystery audiobook playing through our speakers as we crossed the Smokies or headed south toward swamps and palms.

When I was a kid, we’d go on long road trips to visit my older sisters. My mom and dad would rent audiobooks from the library—first cassettes, then later, CDs—and I found myself listening, even when the content was probably too mature for me. My parents always picked mysteries (broadly defined) and I would pipe in with questions from the backseat. Who is this guy again? Why are they going there? Those car rides inextricably linked mystery audiobooks with long stretches of road, with hours where there is nothing to do other than to watch the countryside whiz by and listen.

In 2017, I listened to the podcast, Working, and heard an episode featuring Laura Lippman, where she discusses what it’s like to be a crime novelist. I’d never read her books before, but I developed an admiration for her, especially after her discussion of gender and genre literature. One thing she said has stuck with me: “I read [crime novels] for fun, as one should read all novels…I think fiction should be entertaining and delightful.” I’d spent so many years as a student of literature, then a teacher of literature, and then a student of writing, and somewhere along the way, I lost my love of reading. It had become a job, where the goal was to study enough to write a serious highbrow literary tome. But what Lippman said released me—as a writer and reader—and I rented the audiobook, I’d Know You Anywhere, for an upcoming road trip. I was hooked immediately by the set-up—a mother with a neat suburban life sees that life upended when she’s contacted by the man on death row that once held her hostage and now wants her help.

On the next road trip, and the one after that, I selected mysteries. Now that I was the driver, I found that they kept my mind from wandering, as it tended to do with other genres of audiobooks. I loved to guess the resolutions, testing myself as a clever reader, and feeling either self-satisfied or shocked at the end. Both feelings I enjoyed. And more than that, I found myself wondering about the author’s craft as the road unfurled before me. Why is this character introduced at this point? Is this a carefully laid clue or a red herring? How does the author mete out the twists and turns? But this wondering about craft didn’t feel like a job; it felt like marveling at how a magician uses sleight of hand.

I discovered Gillian Flynn while searching for available audiobooks for a road trip and listened to her three novels, Gone Girl, Dark Places, and Sharp Objects, in quick succession, applauding the sheer sharpness of her women, who I couldn’t bear to look away from, and her incredible sense of pacing. If I’d been turning pages, I would have given myself a papercut. A friend who knew I’d enjoyed Flynn recommended Karin Slaughter, and I started with the Pretty Girls audiobook. Slaughter’s books are not for the faint of heart, but they are compelling audio reads for drivers who are trying to stay awake as they pass yet another cornfield under a flat blue sky.

On more recent road trips, I’ve been drawn to classic mysteries and detective novels. I listened to several of Louise Penny’s Inspector Gamache novels—terribly out-of-order, unfortunately, because I download based on what the library has available. Like many, I’d like to curl up beside a fire in Three Pines or crunch across the snow to the bistro. Penny led me to Tana French, and I devoured both In The Woods and The Witch Elm, which have a quiet moodiness, and an attention to detail that I find delicious.

I make no claim to be a mystery writer. I write YA that blends contemporary reality with the fantastical—ghosts, or rips in the fabric of the world, or, in the case of my newest novel, The Wolves Are Watching, folkloric creatures called Vila. Still, I can’t divorce the books I wrote over the course of seven years from the mysteries I listened to—any more than I can divorce them from my mom’s dying. All three books have elements of loss and mystery, usually where strange events have occurred that the protagonists seek to understand.

And despite my assertion that the audiobooks didn’t feel like a job, lessons have clearly seeped in from my hours of listening, especially on how to thread the needle and pull it taut. With my latest novel, The Wolves Are Watching, it took a few revisions before I realized that, to add tension, I needed to link the timeline with a point of no return, when the protagonist’s missing niece would be gone from her life forever. And that it would be especially useful for young readers if that point was a holiday—Halloween—with its haunting atmosphere and pagan roots. I could then plant the point of no return early in the novel, starting the clock, and signal the approaching holiday with changes in weather, decor, and directly through the character’s thoughts about the nearing time. It’s not unlike the technique used by Lippman in I’d Know You Anywhere, which moves toward its own point of no return—the execution of the man that kidnapped the protagonist.

On our last road trip to see my mom, we drove to South Carolina, this time with our seven-month-old son in tow, and listened to Lippman’s Dream Girl, where an injured novelist is haunted by phone calls from a woman who claims he stole her story for his breakthrough novel. Frankly, my memory of this one is a little cloudy, probably because my mom died less than a week later. She was always one of my first readers—not the kind of first reader to give you feedback, but the kind that you need to cheer you on, to help you believe in what you’re doing. A few days into our visit, she asked me to tell her about my fourth novel, a work-in-progress that I can’t describe except to say that it walks the thriller/horror line with a mystery the protagonist has to solve before too many people die. I think she knew she’d never get a chance to read it, but she said something supportive of the idea and that was that. A few days after we returned home, a door closed on those years of driving across the country.

Although the driving often felt like a slog—an overloaded car we had to unpack and repack several times, a panting dog, a meowing cat, a yelling baby—I feel nostalgia for those trips now. The mysteries—those above, alongside Lucy Foley’s The Guest List, Lisa Jewell’s The Girls in the Garden, Romy Hausmann’s Dear Child, Rene Denfeld’s The Child Finder, and more—kept me company through hard years and brought me “entertainment and delight,” reminding me of times when there was a road ahead. When my parents were in the front seat and I was safe in the back, a hand out a cracked window so I could feel the cool air with my fingertips—but not cracked enough that I couldn’t hear the mystery playing on the stereo. 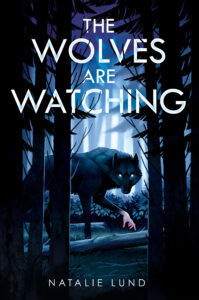 Natalie Lund is a former middle and high school teacher. A graduate of Purdue Unviersity's MFA program, she taught introductory composition and creative writing there, and also served as the fiction editor of the Sycamore Review. Natalie is also the author of We Speak in Storms and The Sky Above Us. She lives in Chicago with her family and a very talkative cat. You can visit Natalie online at natalielund.com or follow her on Twitter and Instagram @nmlund. 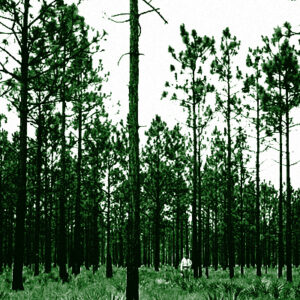 The heart of my horror novel, The Hollow Kind, is the story of northern-born journeyman August Redfern, who marries into...
© LitHub
Back to top